Micropirates and the Kraken of the Caribbean
TrueLab Games 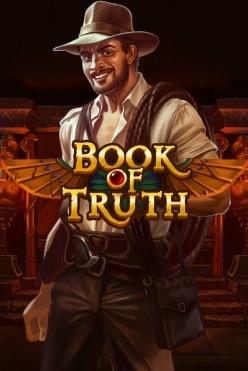 TrueLab Games is a small talented content supplier. It creates engaging slots and other casino games. The studio manages to remain visible in this heavily saturated market despite being a relatively young company in a business mainly dominated by big and old brands.

Its high quality content reaches players all across the globe thanks to the partnership with a few established platforms, including SoftSwiss and Slotegrator. But one of the key deals TrueLab has signed so far is with Yggdrasil. Being one of its YG Masters program participants is an honor and an opportunity to use a range of proprietary tools as well as distribute games across a wide network of casinos.

Licensed in Malta, it certifies its content for a number of regulated markets. The content is localized for various countries. English is the primary language, but some games are translated into multiple other languages. Different TrueLab video slots are supplied to different markets so that you won’t always have the entire catalog in one place.

There’s a small but exciting collection of TrueLab Games slots. Produced in HTML5 format, they adjust to all screen sizes. But there’s one thing that may bother you, which is to play some of its slots on handheld devices, gamblers are asked to switch to the landscape mode.

TrueLab has a relatively small team but still manages to release a decent volume of new slots. In its catalog, you’ll find a great variety of styles and themes, from mainstream to some original ones.

The developer doesn’t boast of being responsible and taking care of casino players. However, it does something only few content creators would ever voluntarily do. When you open the slot settings, there’s the Reality Check tab that allows you to set reminders to keep track of how long you’ve been playing.

You won’t find games in this library that are boring. They are all packed with exciting features players love. The catalog is versatile as the studio has an extensive selection of tools it uses to create different experiences. Traditional paylines, clusters, wilds, multipliers… there’s literally everything you can find in the slot games.

TrueLab video slots offer competitive RTP that is on average around 95% and 96% or slightly higher. It’s worth mentioning that some games have adjustable theoretical return, meaning that there are several versions with different RTP settings. In this case there are generally three settings of around 96%, 94%, and 92%.

The top RTP figure rarely exceeds the 96.5% threshold. The top average return is available in Robby The Illusionist, and it’s 96.55%. The lowest values are around 92%, which is when flexible RTP is used.

The studio doesn’t try to hide the information on its slot RTP and publishes all the figures on its official websites. You can also find RTP in the Game Rules. This file provides all the info that players may want to know. You’ll learn everything about how games are played and their key settings such as RTP, max win figures and how often on average they hit.

Every one of the titles rolled out by the provider is worth checking out as they all offer thrilling experiences. There are, however, no mega hits that are household names. As the selection is quite small, you can go ahead and test every video slot on this page or use filters to specify your favorite slot parameters. Below are a few games you can try first.

Where to Play TrueLab Video Slots

Check out this TrueLab Games casino rating. We’ve put together the list of legitimate operators that accept players internationally, accept multiple popular banking methods and currencies, and offer its members plenty of perks. Because the software is available through popular game aggregation platforms, it can be found in many casinos.

To demo TrueLab slot machines, you’ve already reached your destination. We have the entire catalog of the studio’s games right here on this page. You can take as much time as you want to explore the selection and play them for free.

It’s incredible how a small team of talented professionals can compete with giants. TrueLab slots aren’t inferior to those produced by big content suppliers. Exciting gameplay and striking visuals appeal to many slot fans. And there’s one unique thing that would be super useful for some players, which is the Reality Check feature.

Some games have a single RTP setting. But you should be aware that there are also titles that typically have three versions with average returns of around 96%, 94%, and 92%. You can easily check the RTP of a game you’ve loaded by opening a Game Rules file.

FAQs
Are TrueLab video slots fair?
Yes, the studio is licensed in Malta and has its content supplied to a variety of regulated markets which requires software certification. Most of the studio’s slots have multiple certificates.
Can I play games on my smartphone?
Sure. TrueLab creates HTML5 slots that are mobile-friendly. However, some games can’t be played in both portrait and landscape modes.
Can I win real money playing free TrueLab slot machines?
Generally, it’s possible to win only demo credits when you test games. But there’s a way to potentially grab some bonus money and convert it into cash.