Check out the game metrics to decide if that’s the best choice for you. Monster Disco XtraHold offers 94.97% theoretical return, High risk level and x10000 win potential, max win. With a quite balanced math model and the possibility of the considerable swings, the game is always exciting. Overall, it delivers enjoyable gaming experience.

Monster Disco XtraHold appeals to those who prefer gameplay that has both traditional and unique elements to it. If no feature gets triggered, the base game is still entertaining but as soon as wilds, scatters or other special symbols or features show up on the screen, it gets to the whole new level.

Free spins are the combination of reels 2, 3 and 4 into a 3×4 mega symbol. The Super Scatter symbol appearing in the Mega Symbol position awards 3 extra free spins.

Monster Disco XtraHold Re-Spin Feature – Triggered if you land at least six golden vinyl symbols anywhere on the reels. As a result, all symbols will be replaced by money ones, and you will get three respins.

If all 15 positions are filled with golden vinyls during the respins, you will become the owner of the Monster Disco Mega Bonus. 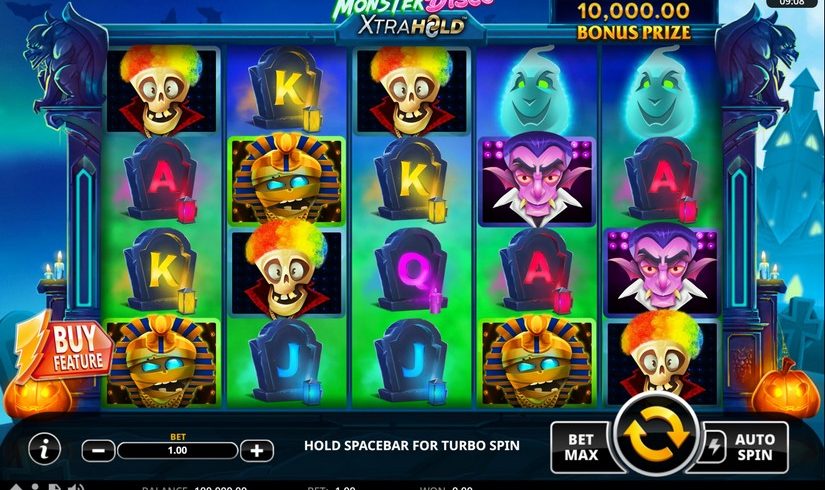 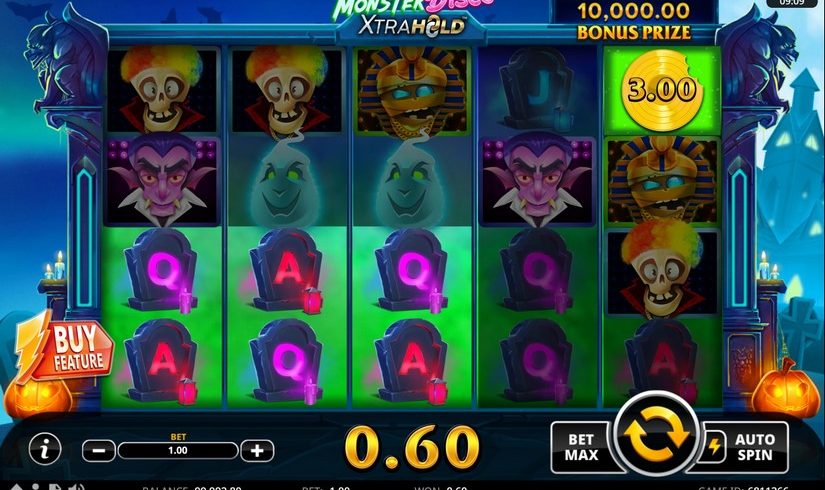 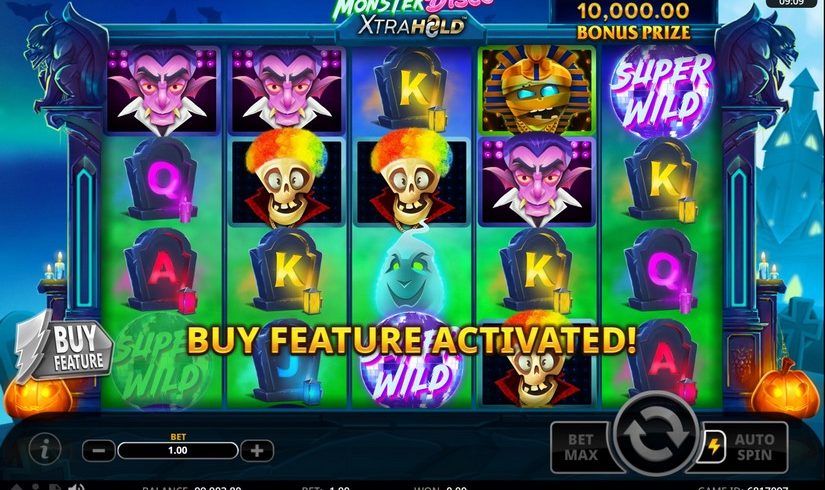 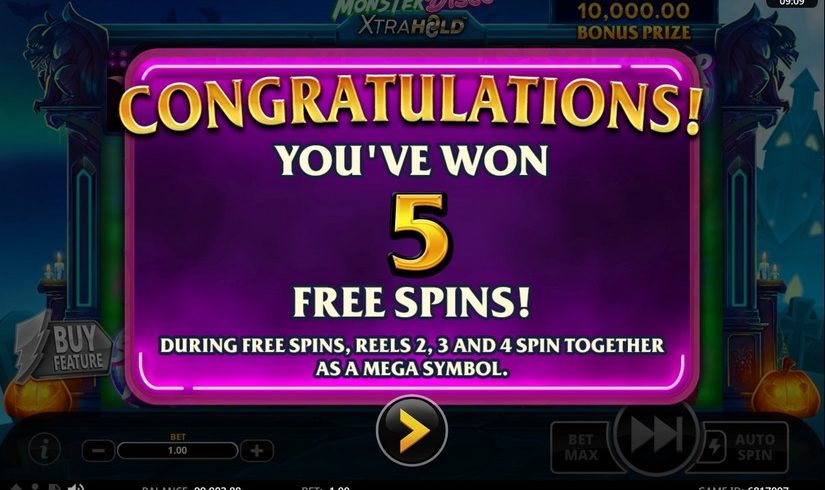 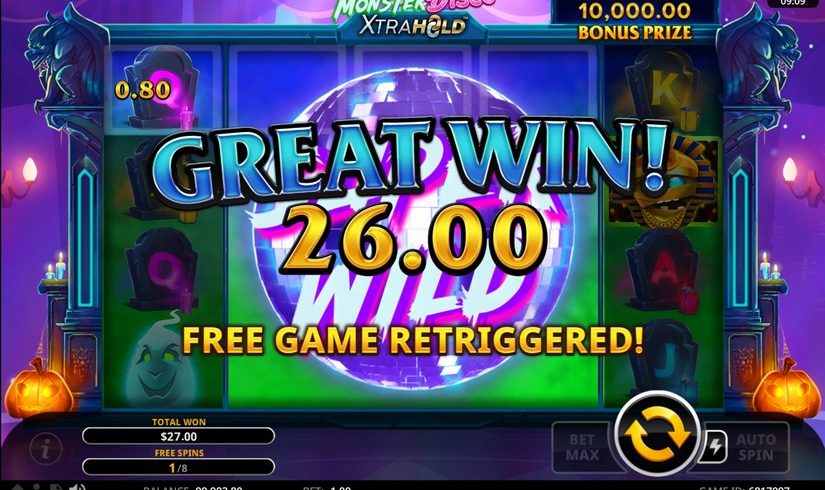 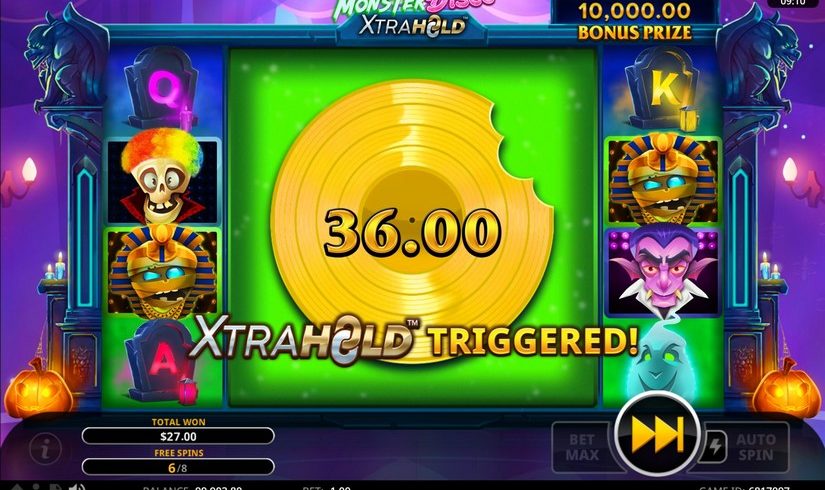 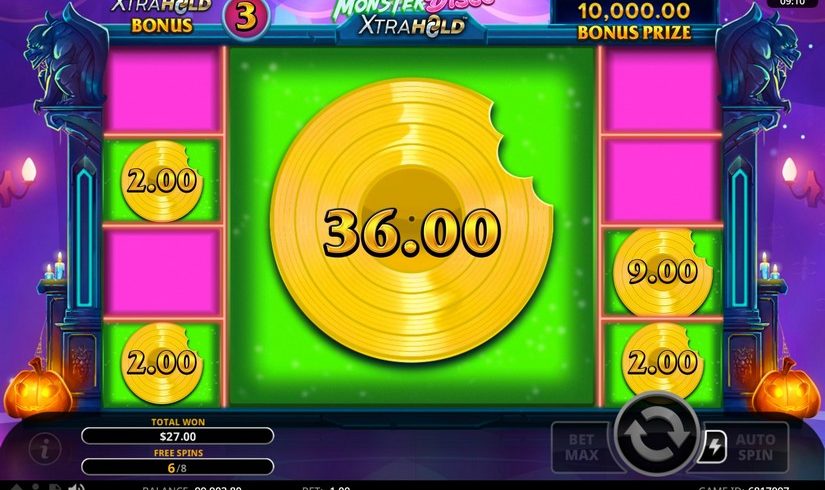