Microgaming has long been a key supplier of online casino content. It’s renowned for its iconic titles that have played a large role in shaping modern online slots. Today this developer mostly partners with studios helping them produce and distribute games, but older Microgaming pokies are still widely known and loved.

For decades it has enjoyed an honorable position among top performing developers. It still is a highly recognized brand in slots production but today it largely relies on its ever growing army of content partners to design games.

Microgaming has built a reputation as a successful slot provider. It hasn’t just been successful in one category. Its portfolio boasts varied slots types: video slots, jackpots, classics, innovative games, etc. It’s most well known for its jackpots in New Zealand and elsewhere.

The majority of younger gamblers probably aren’t familiar with Microgaming slots that were released a long time ago and didn’t aged well. But, a select range of old hits still look and feel fresh, and players across the globe still enjoy playing them.

Microgaming is a versatile content provider that have built a diversified portfolio of products but made the biggest impact in the video slots area. The entire collection consists of hundreds of titles, and you can play around 200 of them on our website for free without registration.

After the company changed its strategy, it started relying primarily on its partner studios to supply them with exclusive content. That’s why today we see pokies powered by Microgaming and not designed. Considering there are many partner studios, the company rolls large volumes of new titles under its brand every month. 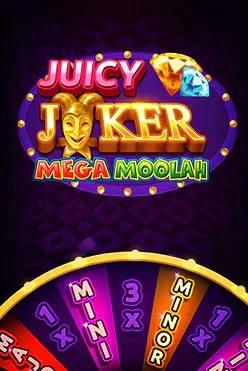 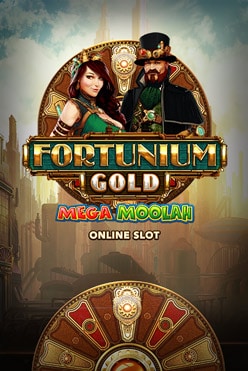 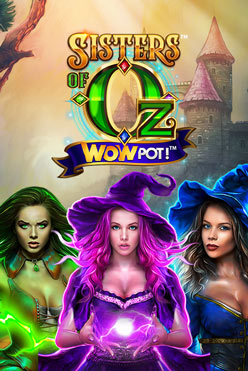 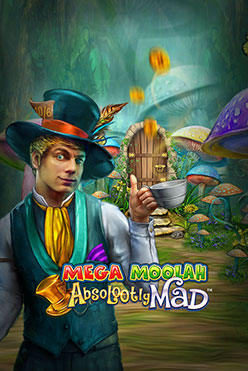 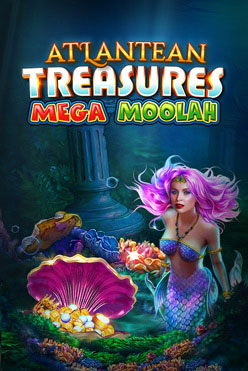 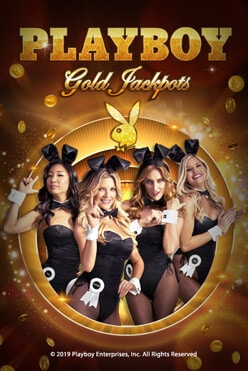 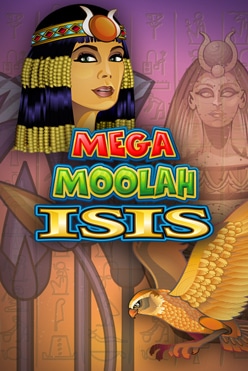 This is the area where the studio excels. Microgaming has launched the most impressive progressive networks and best performing slots. The first one that comes to everyone’s mind is probably Mega Moolah. This network turned quite a few unbelievably lucky gamblers into men with a huge fortune.

Statistics for February 2021 show that over 7,800 Microgaming jackpots are hit every day on pokies, which is 326 per hour and 5.4 per minute. These aren’t all life-changing sums, as the developer usually offers multi-tier jackpots with smaller prizes that get hit very frequently.

After recent strategic changes, Microgaming started to heavily rely on its famous progressive networks adding many new titles to the existing Mega Moolah and WowPot! networks. 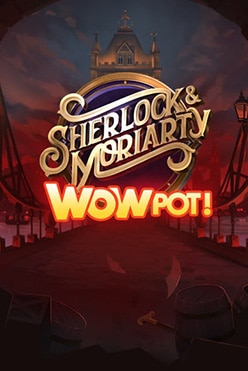 Over 1.3 billion euros were distributed among jackpot winners, and this number is about to grow even faster as the provider further extends its progressive collection. A small share of each bet contributes to the growth of the jackpots. As part of each bet feeds the progressive jackpots, base games may return less in wins.

Initially, the studio didn’t use 3D software to build games. But today, Microgaming partners with some independent suppliers that specialize in both 2D and 3D graphics. That’s how the company got some 3D slots in its portfolio. Rabcat is one of its partners that produces some beautiful three-dimensional graphics.

Microgaming was in the online business longer than any of its competitors, and it has a lot of classic titles in its portfolio. Whether it’s three reelers with several lines or fruit-themed arcades, you can find more than one of them produced by Microgaming.

Its oldest titles date back to the late 90s. At that time, pokies were pretty simple compared to what they are today. However, many players feel nostalgic about the old days, prompting the demand for new classic games with limited features and no fancy visuals.

RTP of the Microgaming pokies lies within common industry range, which is between 92% and 97%. Players need to know that the company has joined a popular trend of adjustable RTPs. That’s when one slot can have several variations, and each version has a different theoretical payout percentage. The first batch of adjustable RTP titles was released in 2020, and it included well-recognized games such as:

These slots originally were designed to return around 96%, and new versions are set to pay between 92% and 94%. Many providers today gravitate towards flexible RTP and they tend to advertise only the highest RTP versions without mentioning there are other versions with lower returns.

The developer has been around for many years and witnessed all developments in the pokies vertical. It released lots of iconic slots familiar to gamblers in New Zealand and around the world. Some of them made a major impact on what has become a norm today. Below, we discuss a number of the greatest Microgaming pokies that you can try for free on our website or read reviews that will guide you through the available options.

Within the Mega Moolah network, the Isis title attracts lots of attention. Originally named Isis, years later it was renamed to Goddess. The Egyptian-themed title has very simple visuals and few features available. But, its true value lies in its four-tier jackpot and the largest of them drops life-changing payouts of at least 1,000,000EUR. The total return is 93.30% out of which 5.30% are jackpots winnings. The jackpot round can get triggered any moment and it’s up to a fortune wheel to decide which one of four pots will drop. 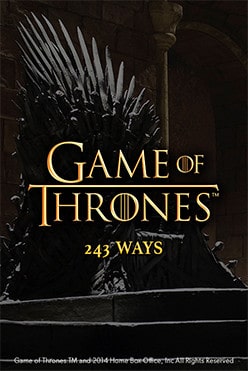 Utilizing its brand, Microgaming produced two slots with 15 lines and 243 ways. Both were released in 2015 and featured the mega-popular HBO series. Unlike Mega Moolah, it can’t land players colossal wins, but max win potential is decent at 20,250x.

This game has always been in the shadow of other Microgaming titles. Launched in 2013, it has simple features and nice graphics and animation that still look great after many years. It can pay up to 1,000x your bet and offers two bonus rounds: (1) free spins; and (2) pick and click. 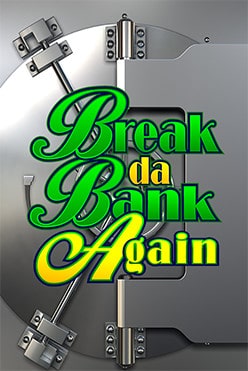 The beauty of this slot is in its simplicity and engaging theme. It’s a classic 5×3 title with 9 paylines, free spins, and a gamble feature. Breaking into the bank vault is the ultimate goal, and players have the opportunity to walk away with pockets full of money.

Break Da Bank Again was so successful that Microgaming launched two more versions: Megaspin and Hyperspin. Hardly any casino that has partnered with Microgaming would skip out on the original or the sequels. These games are available free on Clash of Slots without registering. 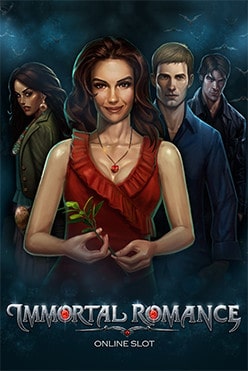 Immortal Romance made the biggest impact on players and is one of the first games to introduce “win all ways” mechanics that made other major innovations possible. The developer invested heavily in all aspects of this game, practically ensuring its immortality: visuals, music, story, mechanics, etc. Everything is of high quality, which players appreciate. 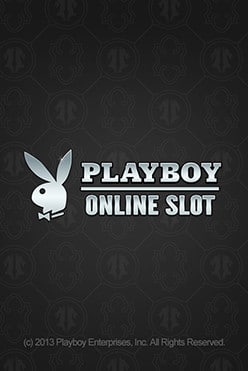 Playboy is a branded title that has a playful atmosphere and teases players with the musings of a rich life and gorgeous ladies. This brand was used four times. The original slot was launched in 2013. Five years later, Playboy Gold was introduced. Then, Playboy Gold Jackpots was released in 2019, and Playboy Fortunes in 2020. 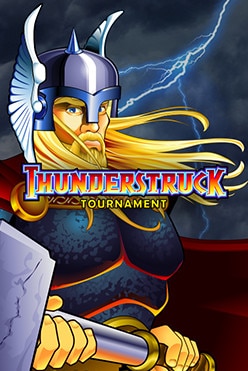 The original Thunderstruck was one of the earliest Microgaming slot successes. In 2010, the company released its “243 ways to win” sequel. Today, however, these slots aren’t that popular anymore, as younger players do not see great value in them.

Brand New Pokies From The Provider in 2022

Microgaming is arguably the most productive slot developer, as it launches up to 10 new games per month, including not only slots but the table and casual games as well. The strategy of outsourcing game development allowed the company to roll out record numbers of new products with the focus on two slot categories:

Speaking of quality and the best slot innovations, Microgaming has lost its previous glory. Today, this company is more about numbers than quality. However, it maintains its top position. Occasionally, the company still surprises gamblers.

The Best Of Microgaming Pokies In Mobile Apps

Good licenses and reputations are what matter the most in this industry. You’ll need to make sure your e-casino treats players fairly, offers adequate support, and has your favorite games and payment options. There were times when mobile apps were necessary to enjoy gaming on the go. Today, however, thanks to HTML5 format, there’s no need to have mobile apps, which is why most casinos don’t offer them. Microgaming was amongst the first studios that converted games into HTML5. So, you can have both new and old fruit machines available on your mobile device without having to download an app.

Casino content provided by the supplier is definitely safe to play. Microgaming is a world-class supplier that complies with regulations. Games get tested for randomness to ensure their outcomes are fair. It’s definitely one of the greatest suppliers in the world, but its best days are probably gone. Today, it produces a lot of lower-value games. The good thing is that this is a reputable brand that can be trusted. Unlike the game quality, one thing that you can be confident about is the software is legit. Variable RTP would be the only thing to be wary of.

Microgaming Vs Other Software Providers

The golden days when Microgaming practically had a monopoly are long gone. Today, Microgaming is basically a range of smaller studios under one brand. They produce content of varying quality and seem to lack funds or expertise to develop truly immersive video slots. That’s why major competitors have now been outclassing the company.

It was one of the leaders in pokies production for a long time. But lately, the company struggles to provide titles that can win players’ loyalty.

FAQs
What Types Of Microgaming Slots Are There?
The studio has produced all types of slots. However, jackpots play a major role in their overall success.
What Are The Best Microgaming Slots By Payout Percentage?
Most of the video slots pay out around 94-97%. Microgaming doesn’t offer extreme RTP titles, and somewhere around a 97% return is what you can usually expect.
What Are The Most Popular Microgaming Slots?
Immortal Romance is the top-performing title, along with Mega Moolah games that offer massive winnings.
Is It Possible to Play Microgaming Slots On A Mobile Device?
Yes, all new games are produced in HTML5, and older titles have already been converted to this format. So, you can access both older and newer games on the go.
Are Microgaming Slots Safe?
Yes, they are definitely safe. The company complies with the security requirements for a variety of jurisdictions, including some of the most demanding ones.