Zoom is the game developed by renowned studio Thunderkick. Released in NZ on 20.07.2016 it became popular among slot fans for its exciting engine and fantastic artwork. This review describes all of its main characteristics that along with free test mode available on Clash of Slots give a great idea of experience you’ll be getting.

Thunderkick developers do not release new slots very often, but despite this fact, all their slots deserve attention, as they are unique and interesting. The Zoom slot is a confirmation thereto. Technically, the slot has an unusual structure, six reels, and 64 pay lines are waiting for you.

The design of Zoom is nice and unobtrusive. The reels spin against the lilac background. The symbolism of the game is inherent in classic fruit slots. You will form combinations using symbols in the form of cherries, lemons, watermelons, grapes, bells, sevens, and stars. The Wild writing on yellow background performs standard functions; if necessary, this symbol replaces missing images in the slot. Letter Z is a special symbol, it starts a respin, during which the cell where this symbol appears is transformed into Massive and Super Massive.

Bonus Features of the Zoom Slot

While playing for free, you will notice that the slot cells are divided into six, each with four symbols. When a Z appears in one of these cells, it will fill all four positions, transforming a randomly selected symbol into Massive. After that, you get a re-spin. If you also get a Z, during the next spin, another respin will follow. If this symbol appears in adjacent cells, it will be able to transform into Super Massive, and you can hope for an excellent win.

In general, the Zoom slot from Thunderkick is interesting and exciting; the lack of various bonus functions does not prevent you from getting a good prize, anyway. If you are tired of same-type slots, do not miss an opportunity to test the Zoom slot for free on our website. 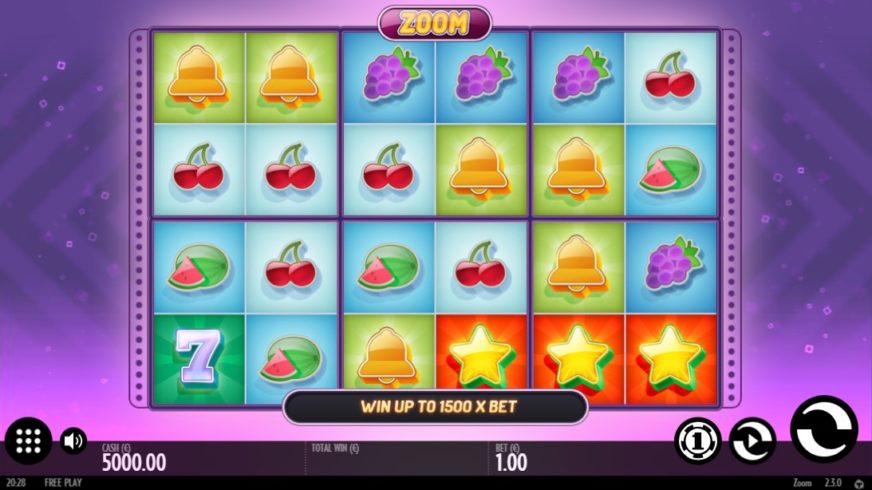 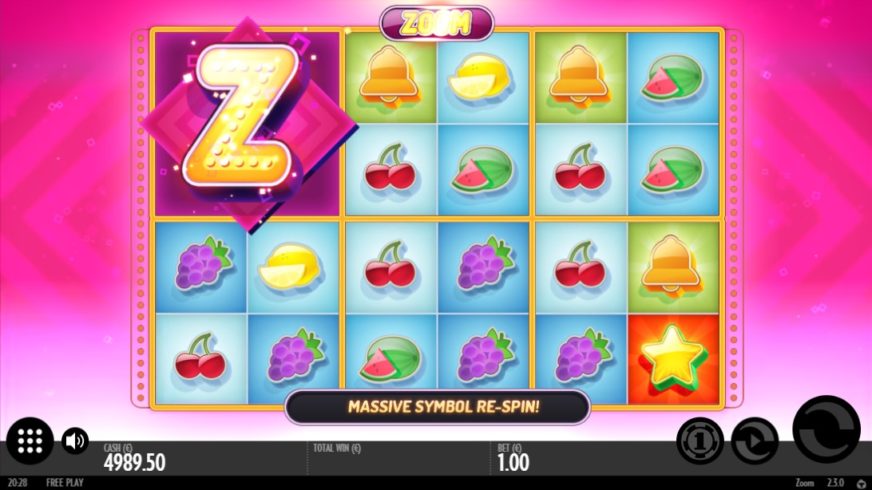 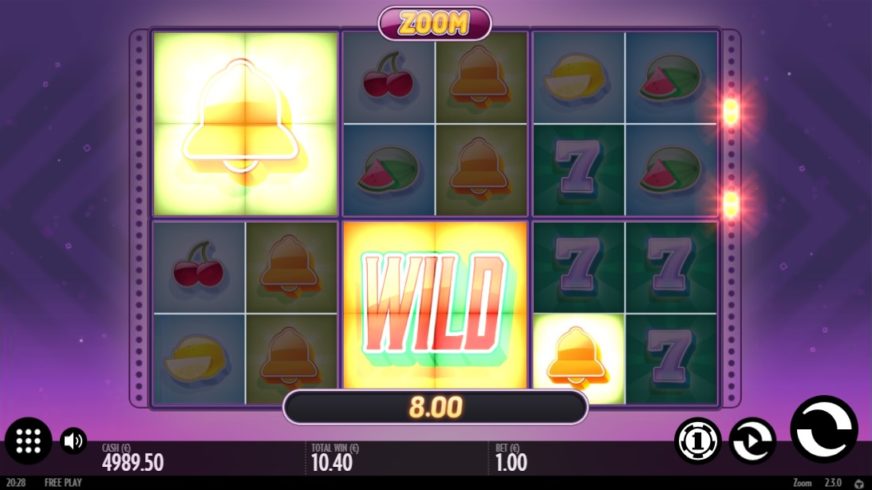 Can I play Zoom free slot in NZ?
Yes, clashofslots.com is the place to test Zoom with no sign up required. Any gambling site partnering with Thunderkick would also give free access to the demo mode for NZ players.
Can players from NZ win real money on Zoom slot?
Yes, registered account with a NZ casino would be the only option to enjoy real money Zoom and land real winnings.
What is the best place to play Zoom from New Zealand?
When it comes to demo mode any trusted gambling operator or casino related site such as clashofslots.com would be fine. Once real money gets invested licensed operator with solid reputation and premium services must be selected. Best casino would vary depending on one`s personal requirements.
Can I play Zoom slot on mobile phone in New Zealand?
Yes, this slot is mobile optimized and can be played on any device.
How to win playing Zoom in NZ?
This is a licensed online slot that generates random results. Whether you are from NZ or other country all you need to win on Zoom is a good luck. Look through the paytable to find out how and how much you can win.