Additionally, players have an option to boost their multipliers in Top Up before heading to the Coin Flip Bonus round for the chance to collect the big win.

When you join the game, it begins with qualification which is played using a five-reel, three-row slot with 10 fixed winlines, one scatter symbol and seven paying symbols. 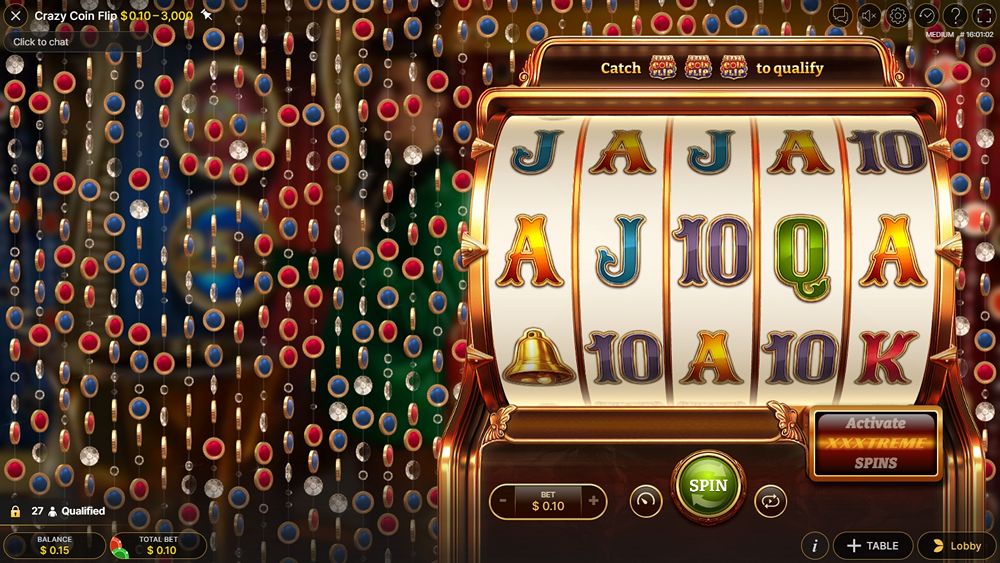 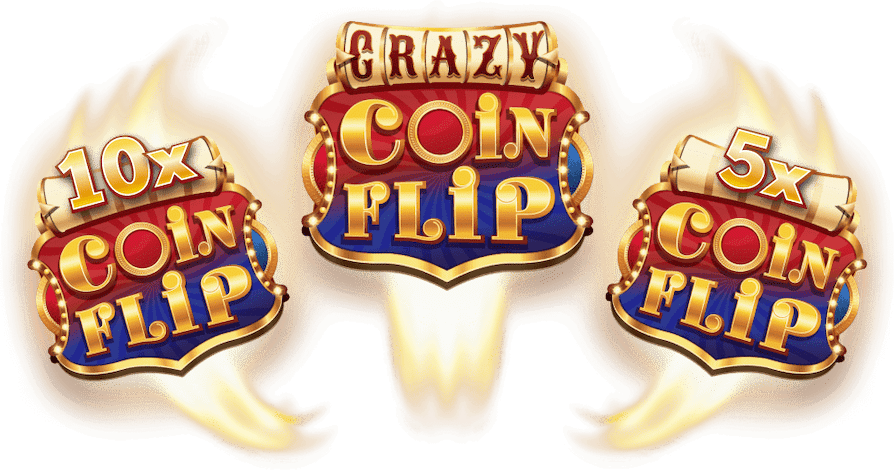 You may still get payouts for winning combinations which are paid out according to the paytable.

To spin the Qualification slot, select your bet amount and click/tap SPIN. 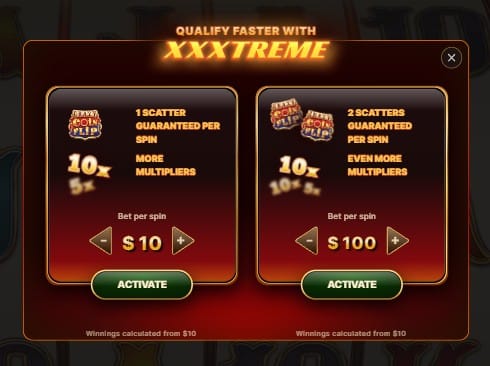 After you have qualified for the Coin Flip Bonus round and wait for it to begin, spin the Top Up slot for an extra cost to boost your multipliers.

The Top Up phase features a three-reel, three-row slot, with red and blue coin symbols having various multiplier values. To get the extra multipliers, collect three same-coloured coin symbols in the middle row. 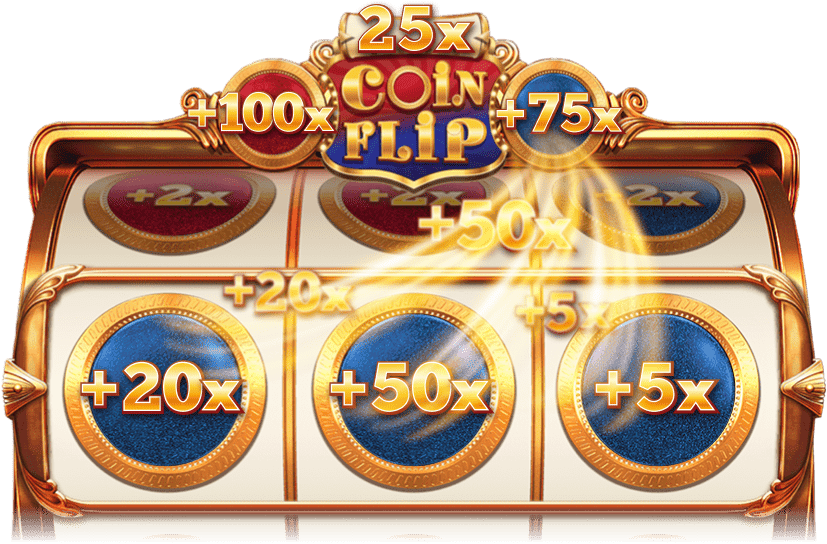 If you collect three same-coloured coin symbols in the middle row, the values of the acquired multipliers are then summed together and added to the total Top Up multiplier for the corresponding coin colour.

If you join the Top Up phase a certain time before the Coin Flip Bonus round is about to begin, a pop-up message will appear on the screen.

Click/tap BONUS to join the Coin Flip Bonus or TOP UP to stay in Top Up and wait for the next bonus round.

If no decision is made, you will be transferred to the Coin Flip Bonus round automatically.

Coin Flip multiplier for each coin side will be randomly generated to contribute to your total winnings. These multipliers will be common for all players. 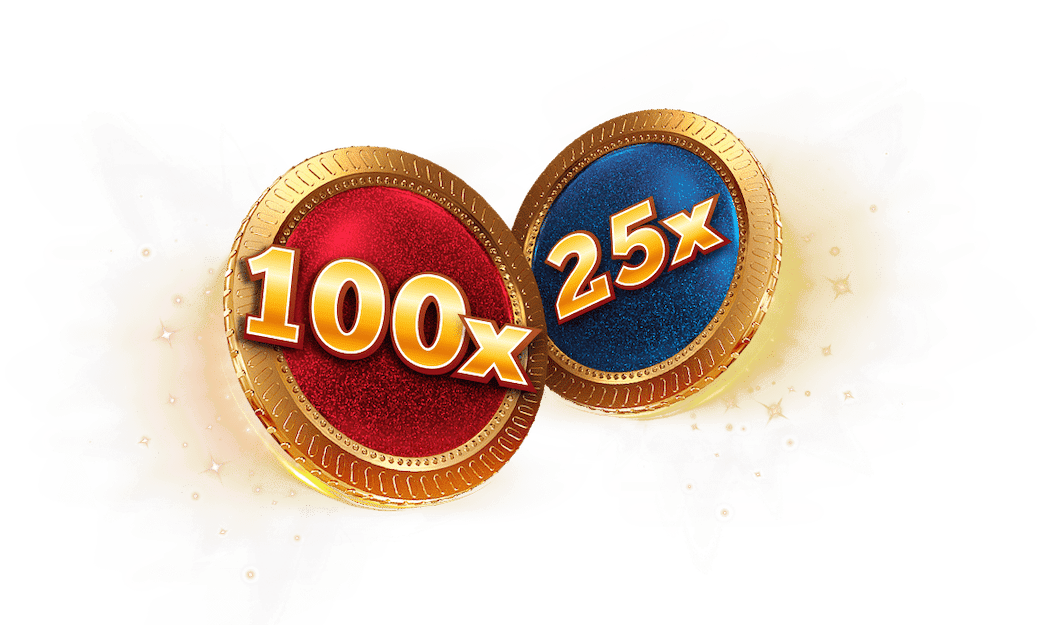 The game host then pulls a Coin Flip machine lever to flip the coin. After the coin lands, whichever coin side is facing up is considered the Coin Flip Bonus round result and each player will be paid out according to the multiplier on the winning coin side. 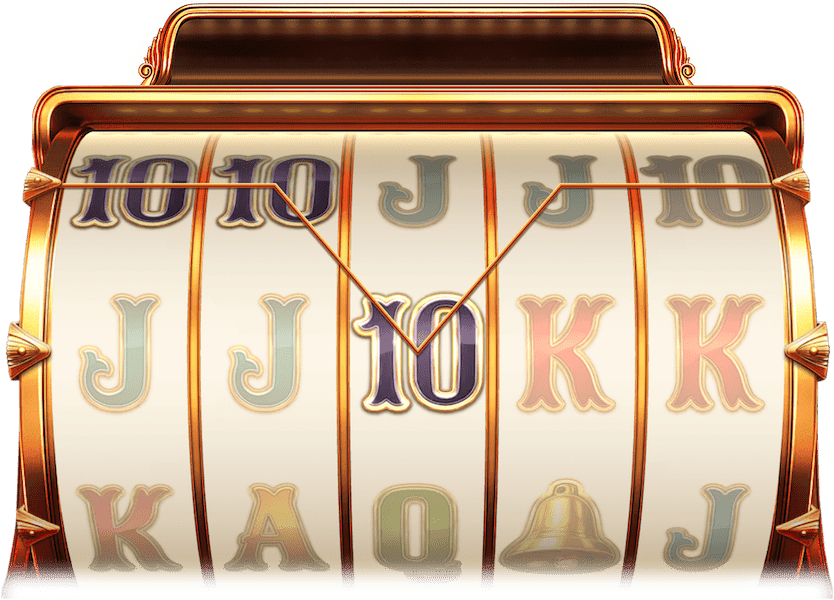 The amount that will be paid out using your base bet is based on the type and count of collected symbols and will be displayed on your screen immediately after the spin.

The Coin Flip Bonus round payout is calculated based on your base bet and final multiplier on the winning side of the coin.

Your final multiplier is calculated in the following way:

3. Now you see the final multiplier on the blue and red coin sides.

When the Coin Flip Bonus round result is determined, the final multiplier on the winning coin side will be multiplied by your base bet amount.

Any winnings from the Qualification slot are then added to the Coin Flip Bonus round payout.

The game has a theoretical payout cap defined and player’s Top Up bets are checked against before each Top Up spin. If this Payout cap is reached, certain bet values might not be available.

The optimal theoretical return-to-player (RTP) is 96.05%. 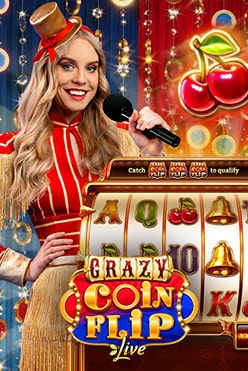 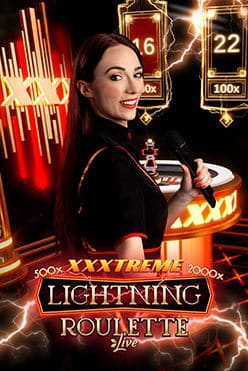 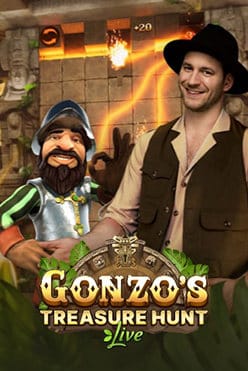 Deal or No Deal Live Evolution 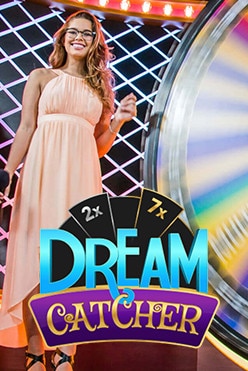 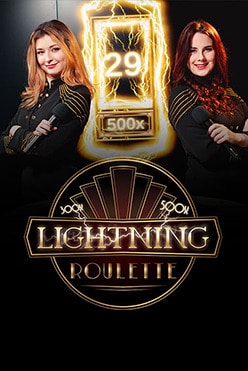