It is a successful slot provider that focuses on premium quality, highly entertaining games. Push Gaming is recognized and loved around the world. Unlike many other famous studios, the company keeps its production numbers relatively low to ensure each and every release meets its top standards.

Push Gaming entered the industry back in 2010. At that time, it specialized in producing online versions of the land based slot machines, but a few years later Push Gaming decided to produce its slots. That decision has played a major role in the development of the entire slots world as the studio rolled out many iconic fruit machines. 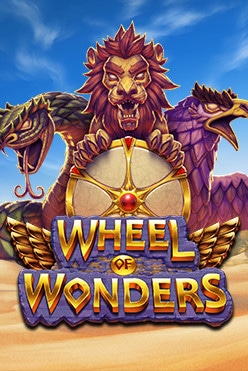 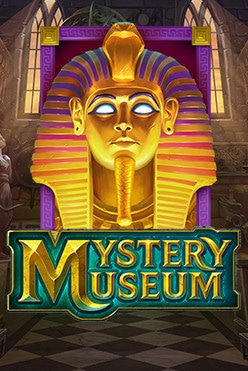 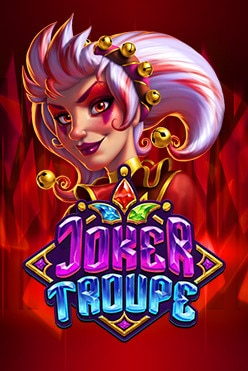 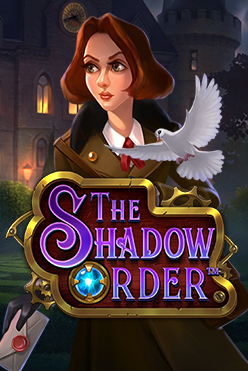 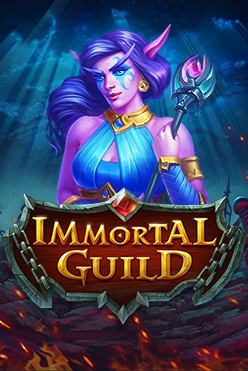 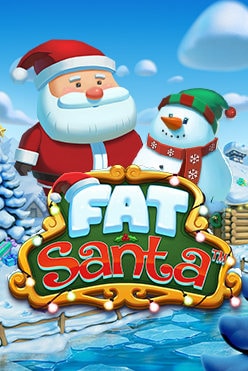 This is a rare case of the studio staying true to itself regardless of the changes affecting the whole industry. After testing their games, it becomes clear how much thought, care, and creativity they invest in every project. Every slot is different and offers unique experiences that cater to casual and regular kiwi gamblers.

Push Gaming didn’t produce any jackpot Pokies until 2021. That year the studio decided to dip its toes into the new product type. The first jackpot game, Mount Magmas, was presented in May 2021 and was a collaboration with LeoVegas. The slot offers a couple of exciting guaranteed jackpots.

Daily pot starts at 1,000 EUR and grows for 24 hours at most. It can drop at any moment but has to drop before a set time every day. Mega Jackpot has a maximum pot size, which is 100,000 EUR. As long as the amount cap isn’t reached, the pot can keep growing.

As mentioned above, Push Gaming doesn’t focus on progressive jackpots but has one title, Mount Magma, that features two must-drop jackpots. This title has been produced exclusively for LeoVegas, but there’s a possibility we’ll see more progressive jackpots in the future.

Mount Magma is a wonderful slot that has an immersive base game in addition to two jackpots. With every Magma Rock appearing on the screen, Jackpot Volcano gets closer to erupting, and when it does erupt, kiwi players get a chance to grab Daily or Mega jackpots or up to 10,000x instant prizes.

There’s no official statement on what software the studio uses to produce visuals. Be 3D or 2D renders, graphics-wise products are fantastic. The incredible artistic talent the studio possesses translates to wonderful game art that is always unique.

This supplier doesn’t produce classic Pokies as it focuses on highly entertaining games. There are, however, a few titles that share common classic features. Joker Troupe is a classic slot with a modern twist. It’s a game packed with bonus features and it has an infinite max win.

Joker Troupe features expanding reels, growing multipliers, Fortune Wheel, and innovative Hypermode Free Spins. Instead of a specific number of spins, Hypermode awards 20 seconds of free play. The timer resets to 10 seconds once the red joker meter is filled, and what’s even more exciting is that reels spin at a higher frequency with every Red Joker that lands on the screen.

Default RTP value usually varies between 96% and 97%. Only a few Push Gaming Pokies offer the theoretical return that isn’t in this range. The highest paying game is Wild Swarm that is set to 97.03% RTP. Next comes Wizard Shop with 97% RTP.

Unfortunately, in 2021 Push Gaming joined the group of studios that introduced variable RTP, meaning that the company produces multiple game versions with different RTPs. The information on the theoretical return is available in the Game Info file. However, the provider has also promised to display RTP on the game loading screen along with taking more measures to let kiwi players know which version they play. 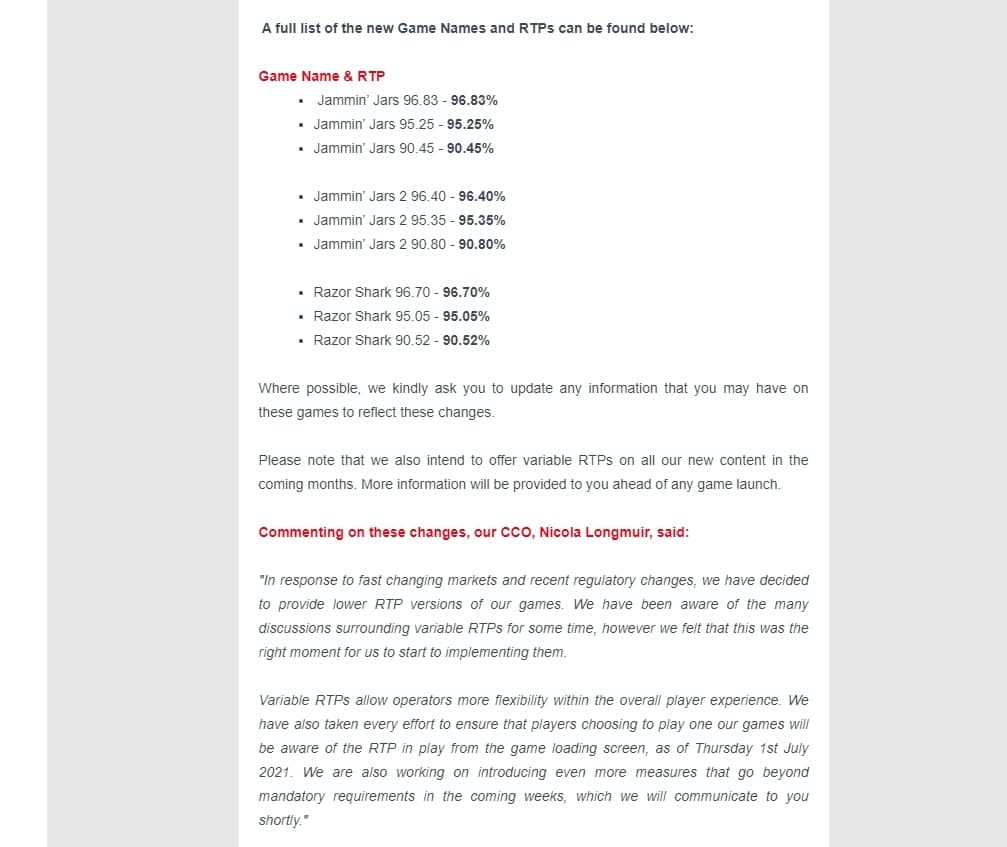 The studio has released numerous hits In NZ. The success is ensured by combining fantastic visuals and exciting stories with innovative features. Top-performing titles are:

The entire Push Gaming catalog in NZ, except for games produced exclusively for specific operators, is available in the demo mode. We offer dozens of free games without registration. On this page, there are multiple amazing titles by the studio.

To enjoy real wagers, kiwi gamblers need to join a casino and upload some funds. After that, they can wager and win cash.

Brand New Pokies from the Provider 2022 In New Zealand

Push Gaming in NZ is one of few slot suppliers that focus on quality rather than quantity. They have on average one new launch every month or two, but it can be several months before they roll out another title. The studio doesn’t care much about consistent releases and doesn’t push itself to produce certain titles per year.

This approach proves to be successful because slot enthusiasts anticipate every single Push Gaming slot machine release. Almost every week there are multiple releases by other providers, and many of them do not even make it to the casino lobbies. But Push Gaming rolling out the latest slot machine draws attention. Every new game is a testament to the incredible talent, creativity, and independent thinking of people working at Push Gaming.

The software is supplied internationally so that there won’t be a lack of casinos. The understanding of the best casino is different for every kiwi gambler. Look through available options and select the one that seems perfect for you. It should at least have a license, good reputation, your favorite games, and payment options.

Push Gaming was founded at the time mobile gambling wasn’t as smooth and hassle-free as today, and the focus originally was on designing mobile-first content. But as time has changed and developers are now expected to produce mobile-friendly games, the focus shifted to developing high-quality, interactive Pokies.

Games are designed in HTML5, which is the language used in programming cross-platform software. That’s why all games are available on multiple devices without the need to download any mobile apps. The entire collection is accessible in the browser.

Two reputable gambling licenses, in Malta and the UK ensure the company runs transparent and honest business. Games must be certified by independent laboratories to guarantee fair outcomes. It’s a respected developer and it’s safe to play their free or real money Pokies. Moreover, the studio is ready to communicate with kiwis directly when there are any misunderstandings or concerns.

Push Gaming stays true to itself at all times. The output is relatively low, but the quality is consistently high. The provider is amazingly talented in designing exciting titles that feature fantastic artwork and immersive gameplay. The only disappointment is variable RTP strategy it implements.

Push Gaming is an outstanding pokie supplier. It has produced many unique and highly entertaining games that earned the company global recognition. The studio chooses quality over quantity, and this strategy contributes a lot to its success.

FAQs
What Types of Push Gaming Slots are There?
The studio’s main focus is on entertaining video slots. It has a versatile catalog, including progressive jackpot titles as well as classic slots with a modern twist.
What are the Best Push Gaming Slots by Payout Percentage?
Wild Swarm is set to 97.03% RTP, which is the highest average return. The rest of the collection is set to return between 96% and 97%, except for a few games that have multiple versions with lowered RTP in addition to the original version.
What are the Most Popular Push Gaming Slots?
The collection is full of player favorites. But the most recognizable game is Jammin’ Jars.
Is It Possible to Play Push Gaming Slots on a Mobile Device?
Yes. Anytime you want to play on the go, there’s an entire collection to choose from. All games are HTML5-based and available in mobile browsers.
Are Push Gaming Slots Safe?
Safety isn’t an issue when speaking about Push Gaming. The studio is regulated by MGA and UK Gambling Commission, which ensures game fairness.