For the developer of this rank Wild Swarm is a wonderful launch that’s made it to the lobbies of numerous gambling sites. Wild Swarm was launched on 05.06.2018 offering exciting gameplay and high-quality renders. You can enjoy free Wild Swarm test mode on our site as a guest with no registration required.

Check out the game metrics to decide if that’s the best choice for you. Wild Swarm offers 97.03% return, Above average risk level and x3100 win potential, max win. With a quite balanced math and the possibility of the massive swings, the game is always thrilling. Overall, it provides powerful gaming experience.

Wild Swarm appeals to those who love gameplay that has both traditional and original elements to it. When no feature gets activated, the base game is still interesting but as soon as wilds, scatters or other special symbols or features land on the reels, it gets to the whole new level.

In the Wild Swarm slot, everything resembles a fairy tale. The game takes place in a magical forest where there is a bee hive. Discreet and calm music used in the game contributes greatly to everything happening around.

Wild Swarm is equipped with five reels and 20 lines where your winnings will be formed. Among the symbols used in the game, you will find the names of playing cards from J to A, made of wood and entwined with leaves, pink and white flowers, a pot of honey, a queen bee, as well as a $ sign covered with honey.

The Pick Feature will start in case of one such symbol appearing on the reels. You will see five honeycombs, and each of it hides various prizes. This feature can also appear in free spins.

The Free Games Feature starts after at least three scatter symbols appear on the reels. During free spins, all wild symbols will become sticky and will remain in place until the end of the draw.

The Swarm Mode Feature – pay attention to the counter located to the right of the reels. Every time small bees appear on the screen, they fly into the hive, leaving behind a wild symbol. In this case, the counter increases by one unit. When it fills up to the fifth level, this feature is activated. You will have 10 free spins. Before their start, fixed wilds will be added to the screen. 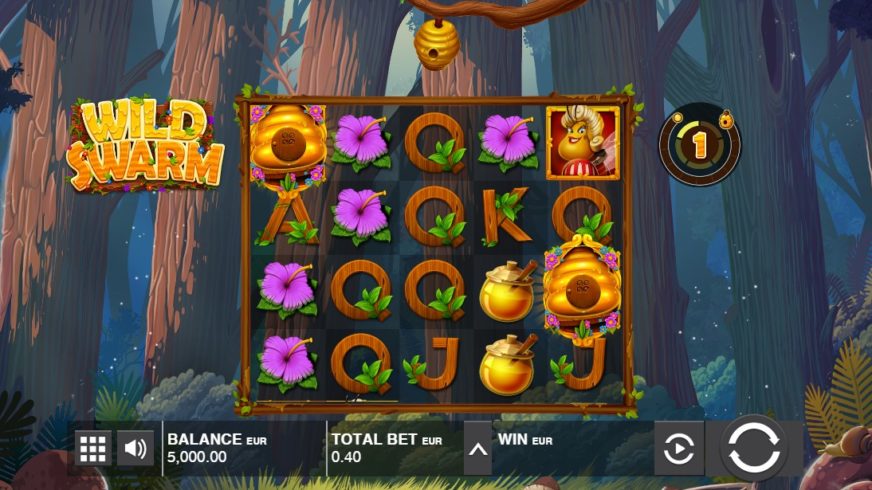 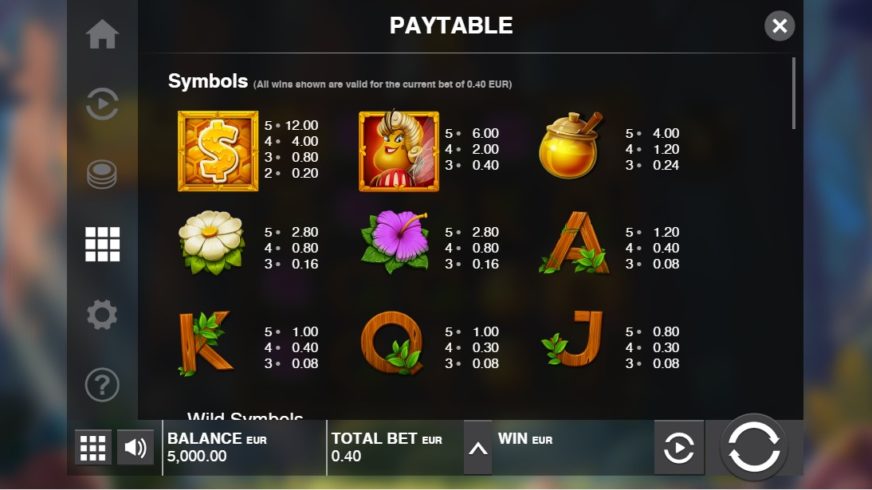 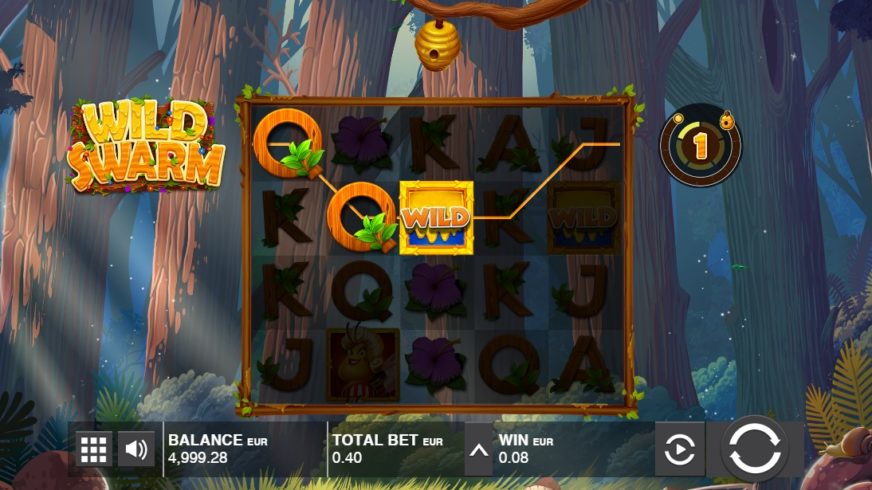 Can I play Wild Swarm for free?
Yes, clashofslots.com is the place to play demo Wild Swarm with no sign up required. Any casino site partnering with Push Gaming would also offer free access to the demo mode.
Can I win real money on Wild Swarm slot?
Yes, registered account with a casino would be the only option to play real money Wild Swarm and land real winnings.
What is the best place to play Wild Swarm?
When it comes to free play any trusted gambling operator or casino related site such as clashofslots.com would be fine. Once real cash gets invested legitimate operator with solid reputation and top tier services must be selected. Best casino would vary depending on one`s personal preferences.
Can I play Wild Swarm slot on mobile phone?
Yes, this slot machine is mobile optimized and can be loaded on any device.
How to win playing Wild Swarm?
This is a certified slot machine that generates random results, and all you need is a good luck. Check the paytable to see how and how much you can win.