Crystal Quest Arcane Tower is the title developed by well known studio Thunderkick. Released in NZ on 09.12.2020 it became a hit among players for its thrilling engine and high-quality artwork. This review details all of its key characteristics that along with free demo mode available on Clash of Slots give a good idea of experience you’ll be getting.

The Crystal Quest Arcane Tower slot uses 6 reels, 4 rows, and 4096 ways to win. In order to get a winning combination, you need to catch from 3 to 6 identical symbols on adjacent reels in any position, starting from the very first one. The only exception is the wizard. You only need two such symbols.

The Avalanche feature is activated every time you get a winning combination. As a result, the winning symbols are removed and replaced with new ones falling from above. This gives you another opportunity to generate your winning. The feature lasts as long as you obtain new winnings.

The Multiplier feature is related to the above feature and starts every time there is a consistent winning. With each avalanche, the multiplier increases by 1. For example, if you get 3 consecutive winnings, the multiplier will be x4.

The Linked Reels feature allows you to combine up to 6 adjacent reels. As a result, the same symbols will be displayed on these reels.

During the free spins, as well as in the base game, you will benefit from the growing multipliers, but the advantage is that it will not fold during losing spins. In addition, the Wild Explosion feature starts during the free spins. It is activated if you get a spin that was not winning. As a result, the wilds on the reels explode, and remove all symbols (except for the scatter) vertically and horizontally. These explosions activate the Avalanche feature and increase the multiplier.

In general, Crystal Quest Arcane Tower is a high-quality slot that became the second in the Crystal Quest series from Thunderkick and definitely deserves your attention. 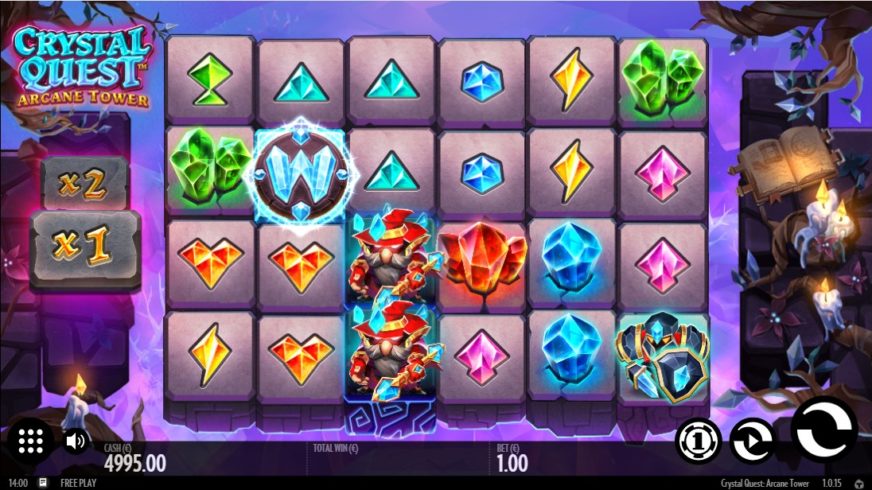 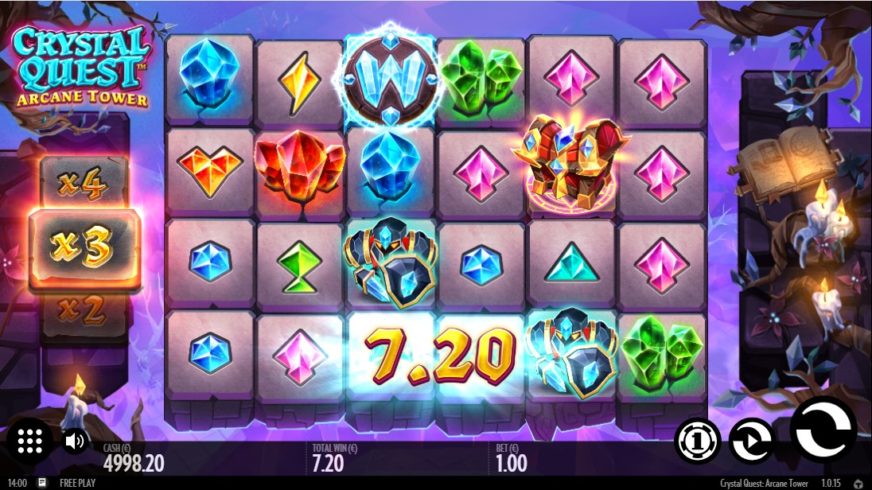 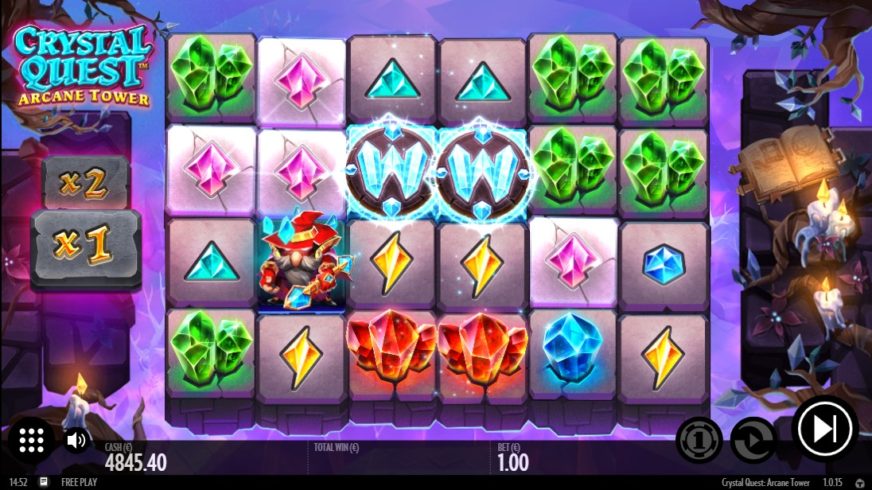