Count Jokula is the title developed by well known studio Play’n GO. Released in NZ on 27.10.2022 it became an instant success among slot fans for its thrilling engine and fantastic artwork. This review details all of its key characteristics that along with free test mode available on Clash of Slots give a great idea of experience you’ll be getting.

Count Jokula is a three-reel slot machine where winnings will be formed using 5 lines. The theme of the slot is quite ominous, probably due to the upcoming holiday, the symbolism of the slot consists of four fruit symbols, a knife, a bat and Count Dracula himself. By the way, the symbol of Count Dracula in the slot is the most expensive, and also acts as a wild and can replace all other symbols.

When a spin does not bring a win, while there is a bat symbol on the playing field, it can turn into a wild if it helps to create a winning combination.

Triggered when you receive a win with a wild symbol on the second reel. Then the wild symbol becomes sticky, and a scale with multipliers appears above the playing field. If the spin brings a win, it is calculated taking into account the multiplier, after which another respin occurs. Respins can continue as long as you get consecutive wins, and if you manage to get to the maximum x20 multiplier, then all other consecutive wins will be increased by its value. 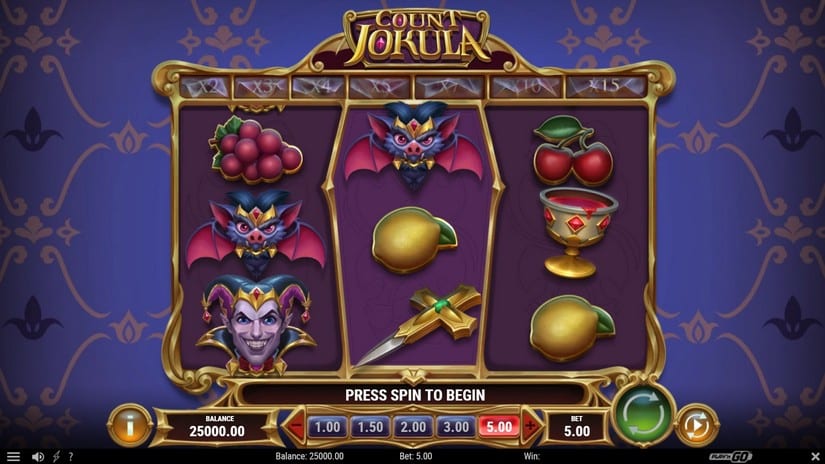 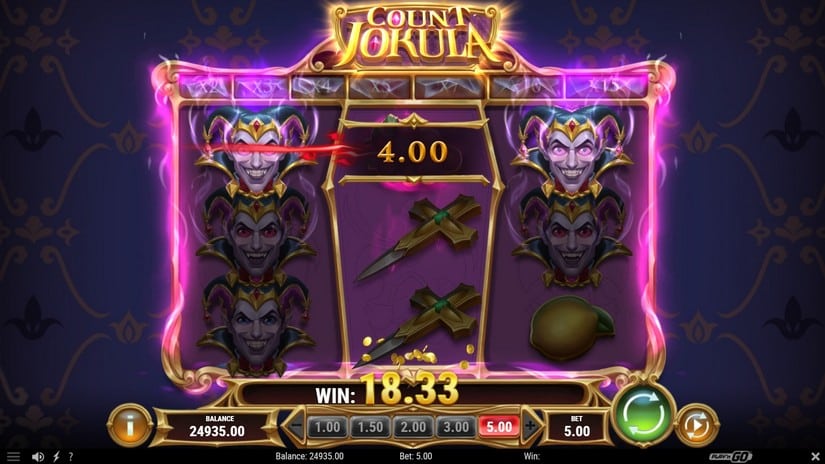 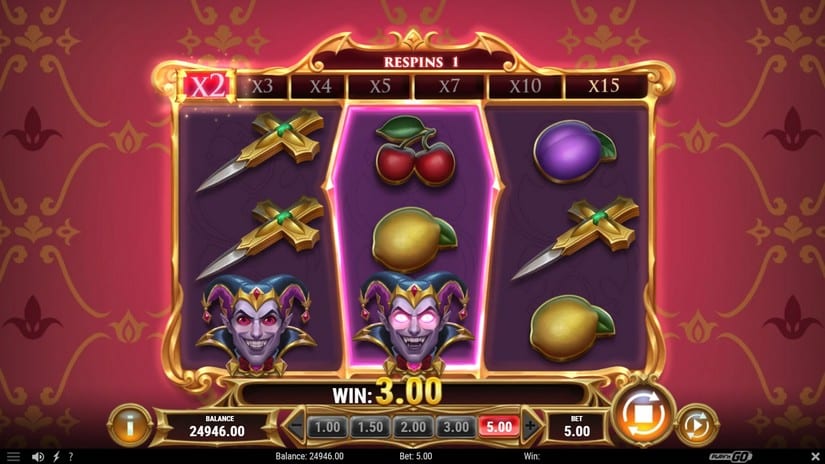 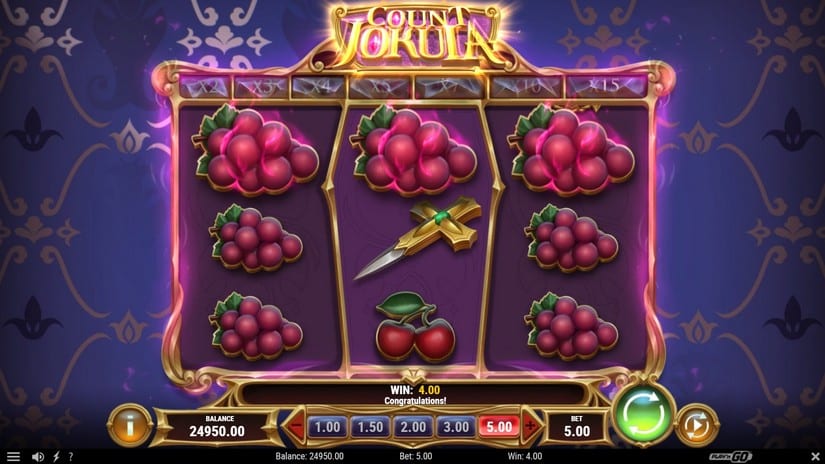 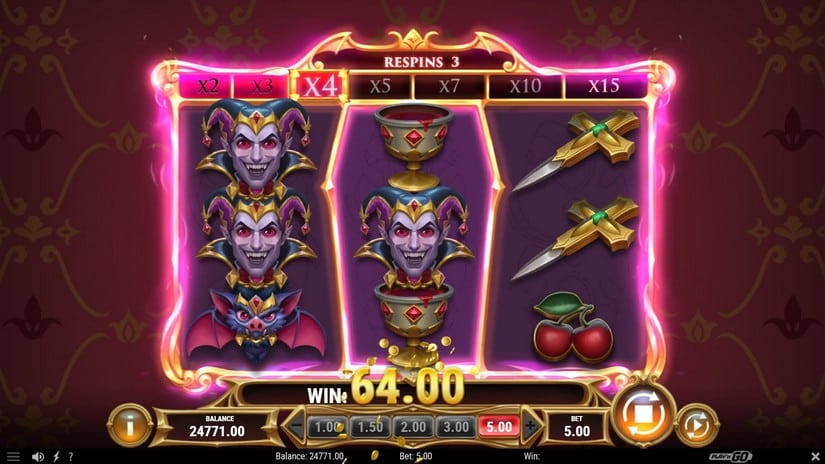 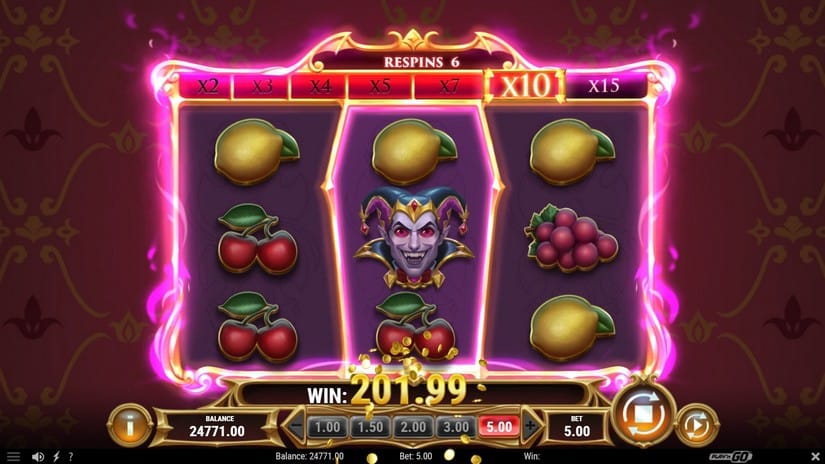 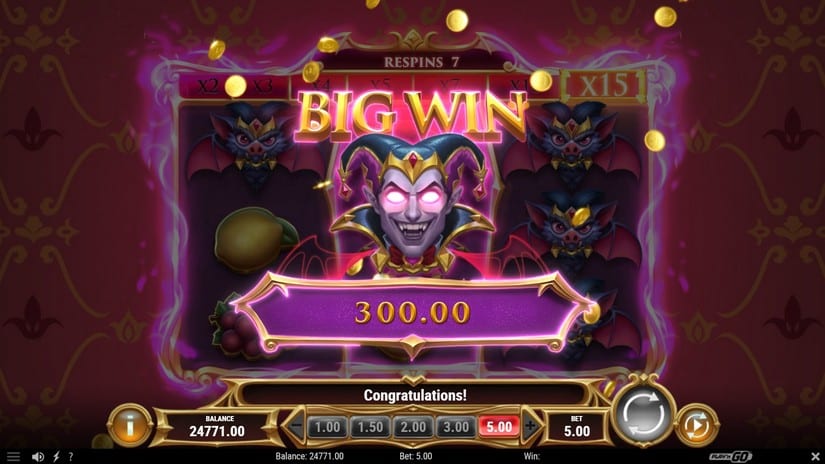 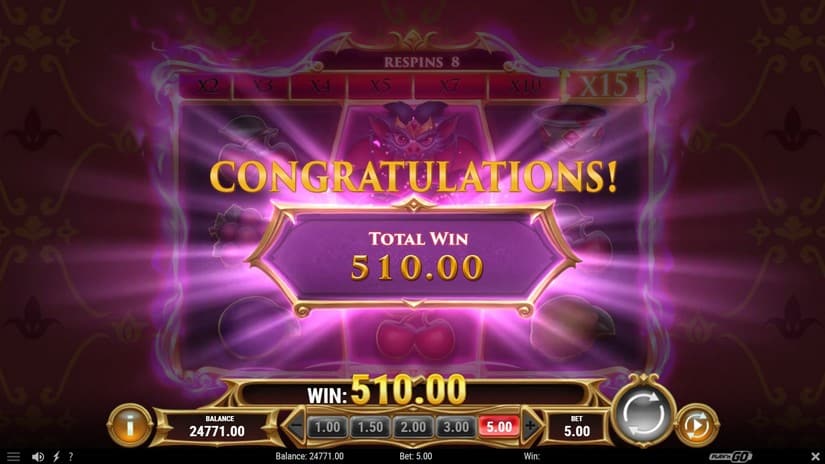 Can I play Count Jokula for free in New Zealand?
Yes, Clash of Slots is the place to play demo Count Jokula with no sign up required. Any casino site partnering with would also provide free access to the demo mode for NZ gamblers.
Can players from NZ win real money on Count Jokula slot?
Yes, registered account with a NZ gambling site would be the only option to play real money Count Jokula and land real winnings.
What is the best place to play Count Jokula from NZ?
When it comes to free play any trusted gambling operator or casino related site such as Clash of Slots would be fine. Once real cash gets invested legitimate operator with good reputation and excellent services must be selected. Best option would vary depending on one`s personal preferences.
Can I play Count Jokula slot on mobile phone in NZ?
Yes, this game is mobile optimized and can be played on any device.
How to win playing Count Jokula in New Zealand?
This is a certified game that generates random results. Whether you are from NZ or other country all you need to win on Count Jokula is a good fortune. Look through the paytable to see how and how much you can win.