Multiplier Pokies: There are hundreds of pokies that feature multipliers. Look through our wonderful collection to find some of the most exciting titles available for free. You’ll have the whole palette of online slots from the most primitive to innovative and highly immersive games.

Players love multipliers because they add so much more to the entertainment value of any slot. Who wouldn’t enjoy standard payouts being multiplied? And developers are happy to deliver as many multiplier slots as players want. They come in all sorts of shapes and forms: Megaways, progressive jackpot, cluster, traditional payline pokies, feature buy, etc.

Some of the most amazing titles offer mind blowing multiplications. Famous San Quentin by Nolimit City is one of them, featuring the multiplier of up to x512 during a bonus round. This slot modifier has been there for a long time and many old time favorites offer it. So, look through the collection and you’ll find a range of old and new hits.

Canny the Can and the Book of Time
Hacksaw Gaming
New

Release
Piles of Presents
Just For The Win

Multipliers in pokies can turn a regular payout into a massive, life-changing win, especially when talking about progressive multipliers that grow without limits. As developers put more emphasis on extreme volatility slots with colossal max win potential, multipliers often are the way of delivering crazy wins. Some of these wins are bigger than progressive jackpots.

What Size the Multipliers Can Be?

Standard multipliers reach the size of up to x10. But developers are constantly pushing the boundaries in this regard, and today we have a number of titles with unlimited multipliers. Extra Chilli by Big Time Gaming is one of them. During the bonus round, a multiplier starts at 1 and increases by 1 after every reaction. Reaction is a winning combination that disappears, giving space to the new symbols. In Extra Chilli there’s literally no limit to how high a multiplier can grow.

Often developers use a growing multiplier that is limited to a certain size. For instance, it progresses from x2 up to x7 and stays on the top level for the rest of the bonus round. Multipliers are also frequently used as wilds. Both features are present in Aloha! Christmas Edition by NetEnt.

What Developers Use the Feature in NZ?

Literally, every slot supplier uses multipliers. Small and big content producers utilize it to ensure a more thrilling experience. There isn’t much they can do with the feature, but by twisting it a little bit, suppliers create a different feel. Some options are to use wild multipliers and growing multipliers.

If you favor a particular slot developer and want to find games with multipliers produced by it, you can easily do that using our game filters. Just click the Filter button at the top of the collection, then click Software and choose the desired studio. There are other filters to use such as Volatility, RTP, Number of Lines/Reels, and more.

Multipliers are the most amazing when used in cluster and Megaways pokies that are built on the cascading slot mechanics. That means every symbol in a winning combination disappears to let symbols fall into their place. With each cascade, a win multiplier increases, and when it grows without limits things can get really crazy.

Bonanza Megaways is one of the early titles that popularized unlimited win multipliers. It’s an amazing, iconic slot that played a major role in the success of Megaways engine. During the free spins, every reaction win adds 1 to the multiplier that grows with no limits. 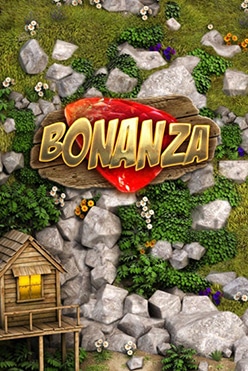 Nolimit City’s East Coast Vs West Coast and San Quentin are two highly entertaining hits. Multipliers are used as a separate modifier, but also as a part of other features such as xNudge, when nudging symbols get increasing multipliers. The company is famous for introducing extremely high-cost bonus buys. San Quentin, for instance, offers three bonus games and one of them costs 2,000x to activate. But in this case, you are sure to get the whole range of slot features, and there are a lot of them.

Jammin’ Jars, Gonzo’s Quest, Wild Swarm, and lots of other great multiplier slots will be there as you explore our collection. There are even progressive jackpot titles such as Joker Millions and Empire Fortune by Yggdrasil. Both share the same network jackpot that pays on average close to €3 million every two three months.