NSYNC Pop is the slot developed by well known studio Play’n GO. Released in NZ on 30.06.2022 it became an instant success among gamblers for its thrilling engine and amazing artwork. This review describes all of its key characteristics that along with free demo mode available on clashofslots.com give a complete idea of experience you’ll be getting.

NSYNC Pop is a slot machine inspired by the boy band of the same name. On the one hand, it looks strange, because, as you know, NSYNC Pop broke up back in 2002, but on the other hand, this did not stop Play’n Go from gathering the former participants in their slot and presenting a cool slot to our attention.

The NSYNC Pop slot has five reels, in the main game the symbols on them are arranged according to the 2x3x4x3x2 pattern, the number of winning ways is 144. During free spins, the format can increase to 4-5-6-5-4, and the number of ways to win reaches 2400.

Pop Feature – active throughout the game and is associated with symbols on which the inscription PoP is visible. These symbols, upon landing on the playing field, show one randomly selected set of symbols.

Encore Spin feature – is activated if during free spins you managed to remove all PoP symbols from additional rows. After that, the last spin will start, during which only wilds and members of the NSYNC Pop group can appear on the playing field. 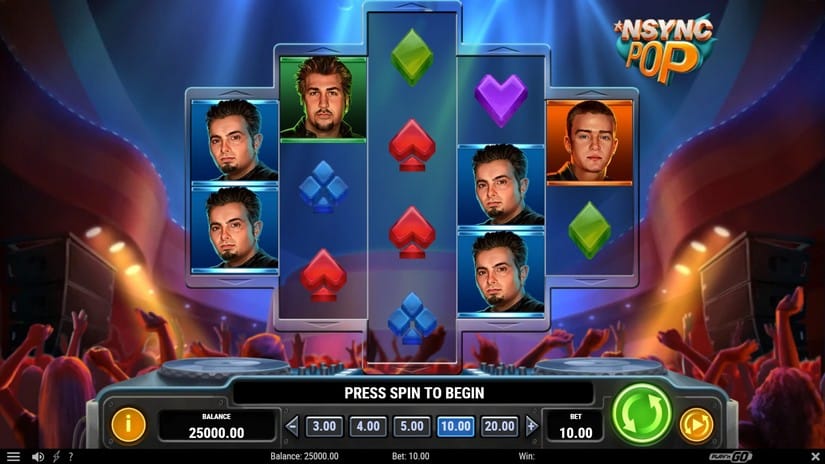 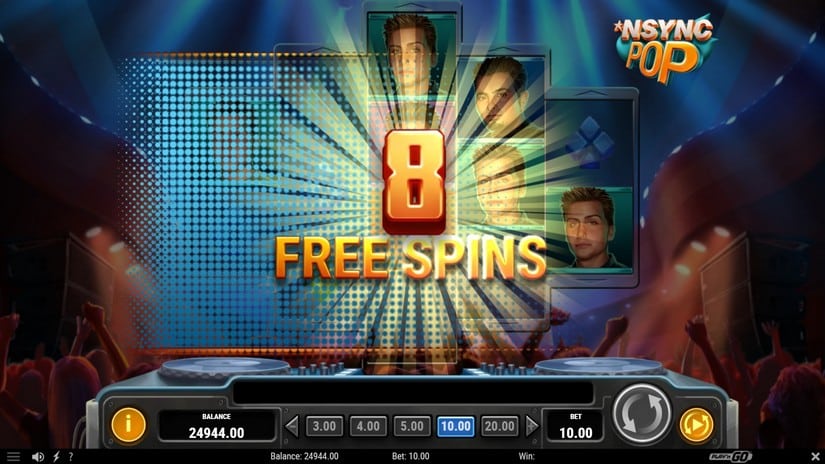 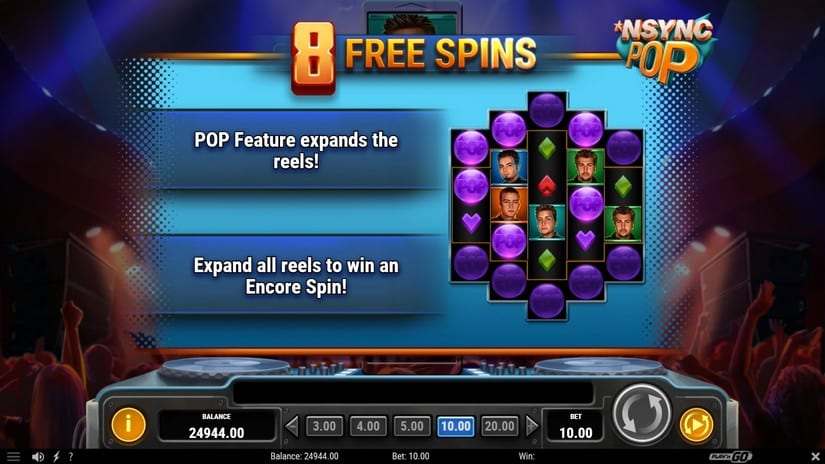 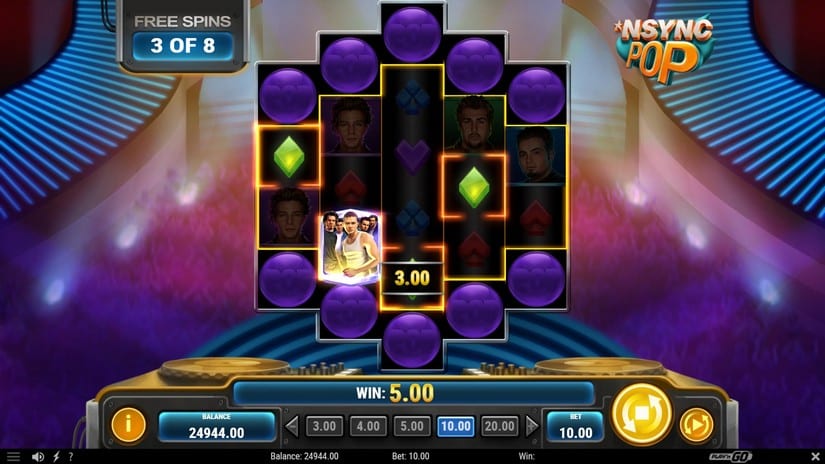 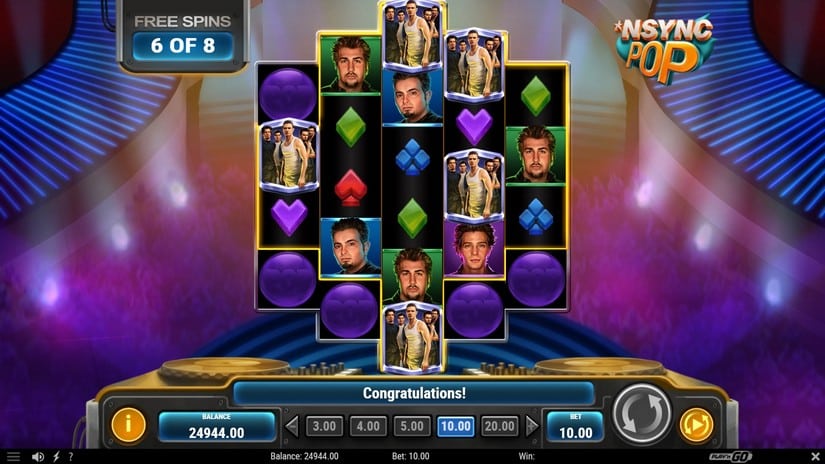 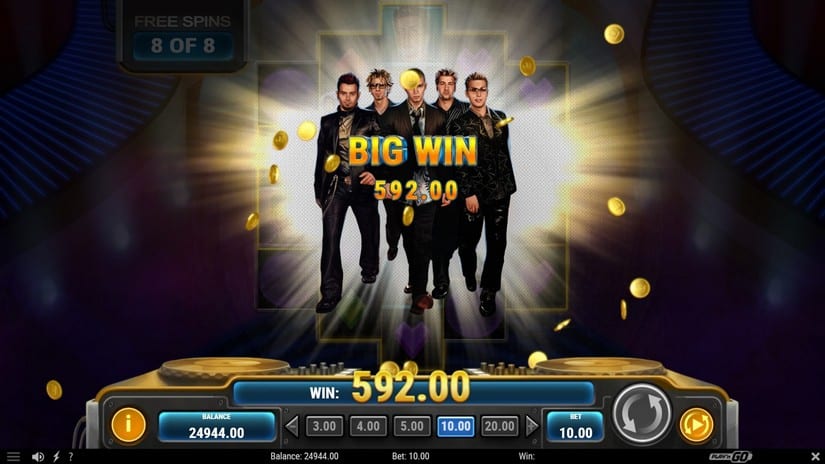 Can I play NSYNC Pop for free in NZ?
Yes, clashofslots.com is the place to play demo NSYNC Pop with no sign up required. Any gambling site partnering with Play’n GO would also provide free access to the test mode for NZ players.
Can players from New Zealand win real money on NSYNC Pop slot?
Yes, registered account with a NZ casino operator would be the only option to play real money NSYNC Pop and hit real winnings.
What is the best place to play NSYNC Pop from New Zealand?
When it comes to demo mode any trusted casino or casino related site such as Clash of Slots would be fine. Once real cash gets invested legitimate operator with solid reputation and excellent services must be selected. Best casino would vary depending on one`s personal requirements.
Can I play NSYNC Pop slot on mobile phone in NZ?
Yes, this video slot is mobile friendly and can be loaded on any device.
How to win playing NSYNC Pop in NZ?
This is a certified title that generates random outcomes. Whether you are from NZ or other territory all you need to win on NSYNC Pop is a good luck. Check the paytable to learn how and how much you can win.