Check out the slot metrics to decide if that’s the greatest option for you. Beat the Beast Griffins Gold offers 96.14% theoretical return, High risk level and x22222 win potential, max win. With a pretty balanced math and the possibility of the considerable swings, the game is always exciting. Overall, it delivers enjoyable gaming experience.

Beat the Beast Griffins Gold caters to those who love gameplay that has both classic and unique elements to it. If no feature gets triggered, the base mode is still interesting but as soon as wilds, scatters or other special symbols or features show up on the reels, it gets to the whole new level.

Each slot from the Beat the Beast series is dedicated to a mythical creature. We have already dealt with Kraken, Sphinx, Cerberus, and Quetzalcoatl. This time, in the Beat the Beast: Griffins Gold slot, the developers chose the Griffin – a winged creature with the body of a lion and the head of an eagle.

The main actions of the Griffins Gold slot take place on 5 reels, each of which can contain three symbols, and the winnings will be generated on 9 paylines. In order to get a winning combination, you need to get at least three cheap or two more expensive identical symbols on a payline, starting with reel one.

You can defeat the ferocious Griffin and take away the treasures he guards from $0.10 to $100 per spin on all compatible devices in the manual or automatic mode. The RTP of the Griffins Gold slot is 96.14% and is approximately average, the volatility is high, and the maximum winnings per spin are x22222.

Bonus Features of the Beat the Beast: Griffins Gold Slot

The Bonus Game Feature starts with a gold griffin coin. In case of three, four, or five such symbols appearing on the playing field, you will get a payout that is 2, 20, or 200 times higher than your bet, as well as the right to participate in 10 free spins.

During the free spins feature, wild symbols are added to the playing field. If they appear, they remain on the reels until the end of the round, moving to an adjacent position with each spin. If you generate a winning with a wandering wild symbol, you get another additional free spin.

Wandering wild symbols not only help get winnings more often, but also give additional spins. They also increase the multiplier on the wilds. It starts at x1 and increases by one (up to the maximum of 5x) if the wild is part of a winning combination.

In general, Griffins Gold (Griffins Gold) is another great addition to the Defeat the Beast series. Playing it, you will fight a severe griffin and get good prizes for it. 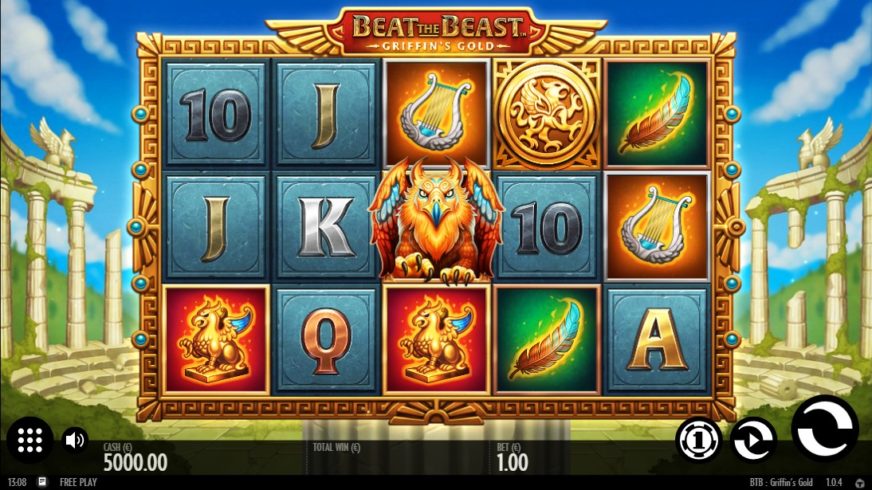 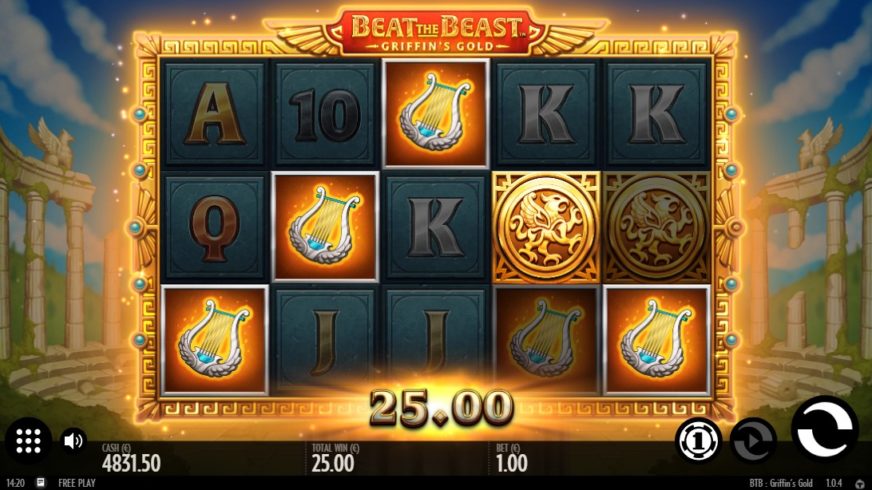 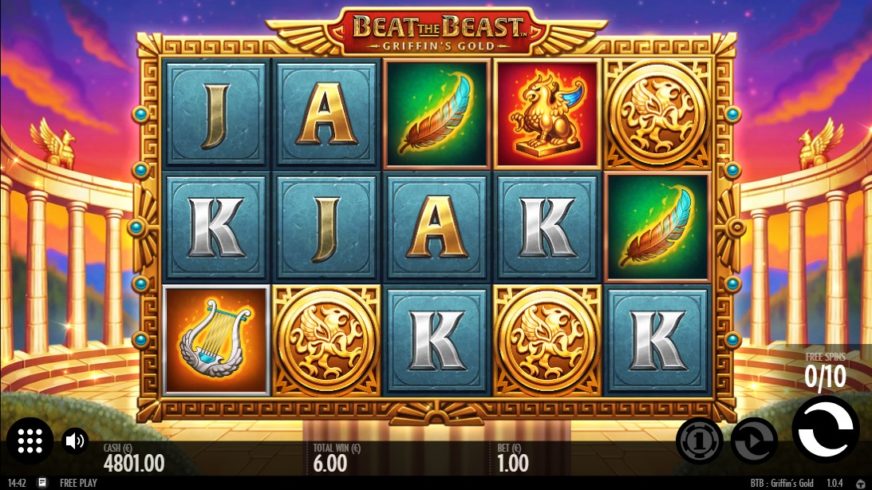 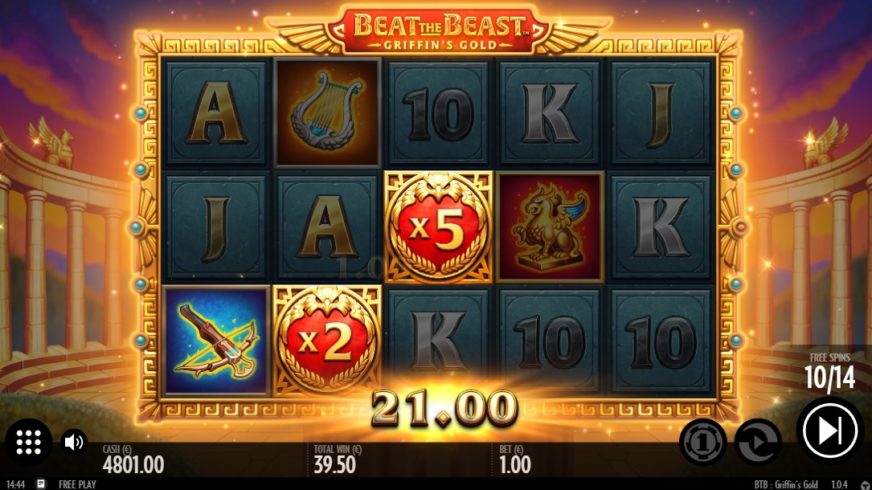