Check out the slot metrics to decide if that’s the perfect option for you. Beat the Beast: Quetzalcoatl´s Trial offers 96.16% theoretical return, High dispersion and x5555 win potential, max win. With a quite balanced math model and the possibility of the considerable swings, the game is always thrilling. Overall, it delivers powerful gaming experience.

Beat the Beast: Quetzalcoatl´s Trial caters to those who appreciate gameplay that has both conventional and experimental elements to it. If no bonus gets activated, the base game is still interesting but once wilds, scatters or other special symbols or features appear on the screen, it gets to the whole new level.

The Quetzalcoatl’s Trial slot has become the fourth in the Beat the Beast series. This time, the Thunderkick developers want us to meet Quetzalcoatl, an ancient American deity – a feathered serpent that undoubtedly perfectly complements the company of Kraken, Sphinx, and Cerberus from the previous parts.

The Quetzalcoatl’s Trial slot uses the familiar main view used throughout the entire series: the playing field consisting of five reels and 9 lines set against temples and floating clouds. In order to get a payout, you need at least two or three identical symbols on one of the lines (depending on the value).

Like the previous slots from the Beat the Beast series, the Quetzalcoatl’s Trial slot can be played on all compatible devices. The bets range from $0.10 to $100 per spin. The slot volatility is high, the RTP is 96.16%, and the maximum payout is x5555.

Every slot from the Beat the Beast series has a symbol – the main character’s emblem. In this case, this is the Quetzalcoatl’s emblem that plays a double role – a wild and a scatter. In the first case, it is used to replace all images in the slot, and in the second case it starts free spins.

Bonus Features of the Beat the Beast: Quetzalcoatl’s Trial Slot

The Bonus Game Feature is activated when three, four, or five scatter symbols appear during one spin. As soon as this happens, you will get a payout that is 2, 20, or 200 times higher than your bet, as well as access to 10 free spins that make up a 5-level round.

During the free spins round, a new symbol (letter W) comes into play. You have to collect it in order to move to a new level. Besides, the letter W is used as a wild, i.e., it replaces all symbols. When you manage to collect five Ws in the counter, you will see that the lowest symbol in the game is transformed to the next highest symbol displayed in the paytable.

If you are lucky and you collect the required number of wilds, all symbols with the average value will turn into a high-paying Quetzalcoatl symbol for more profitable winnings.

Another advantage is that every time the counter is filled, you are awarded 2 additional free spins. Besides, at least three scatter symbols occurring during the feature will bring another 10 free spins.

In conclusion, I would like to say that Quetzalcoatl’s Trial (Quetzalcoatl Trial) is another high-quality slot from the Beat the Beast series of slots and portfolio of Thunderkick games, in general. 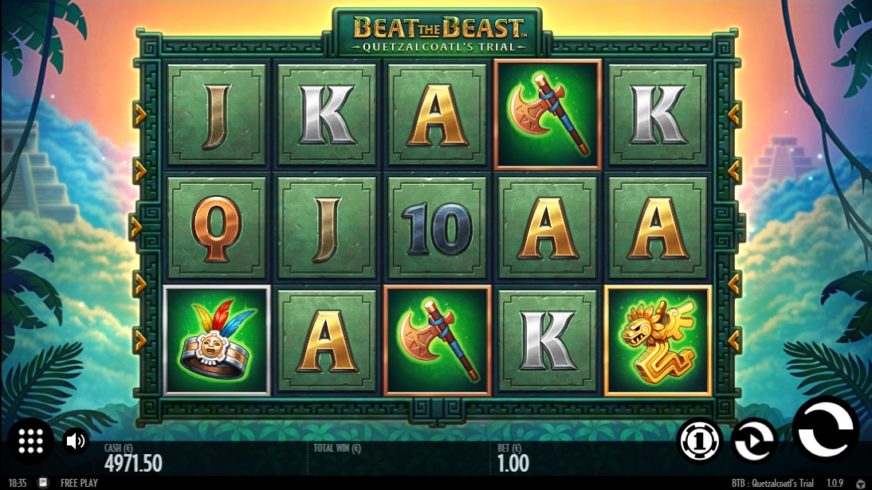 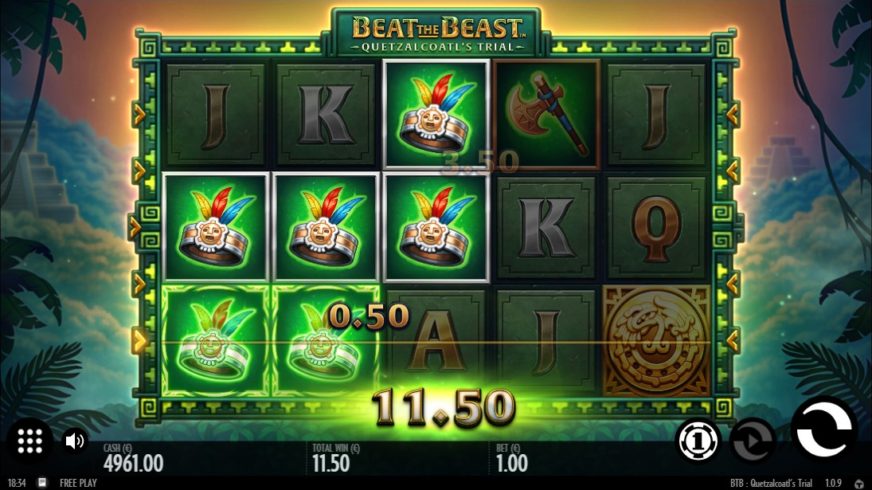 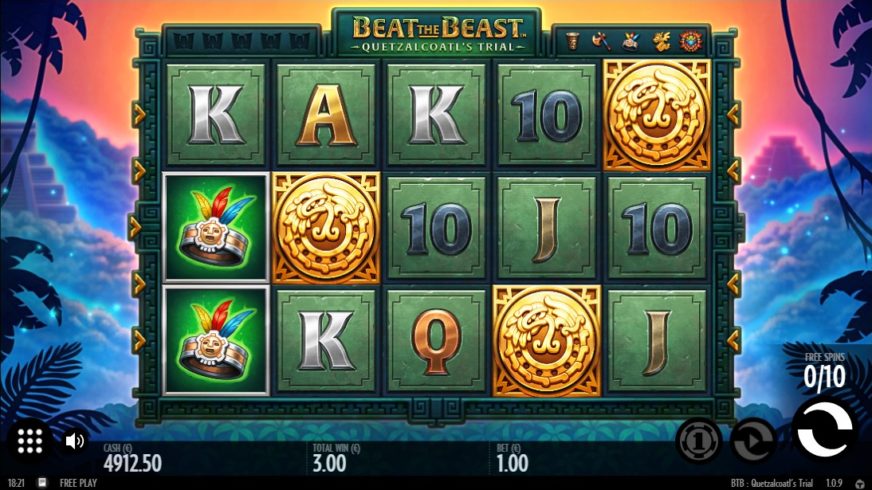 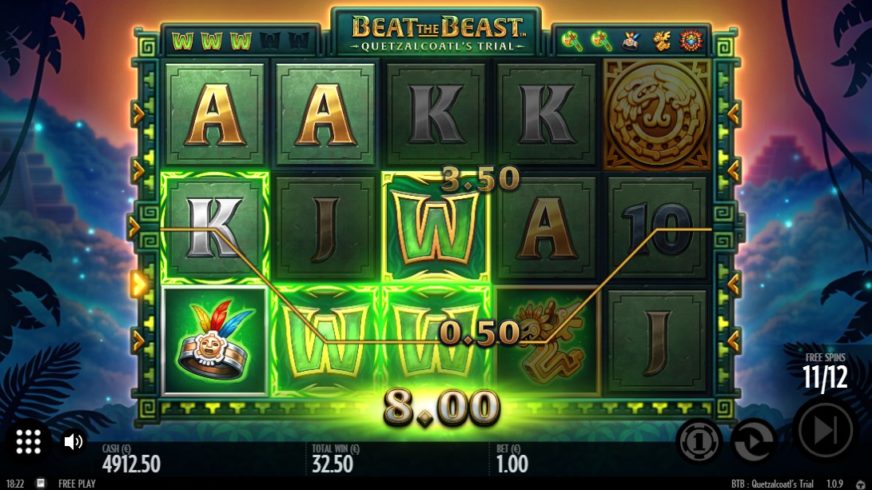 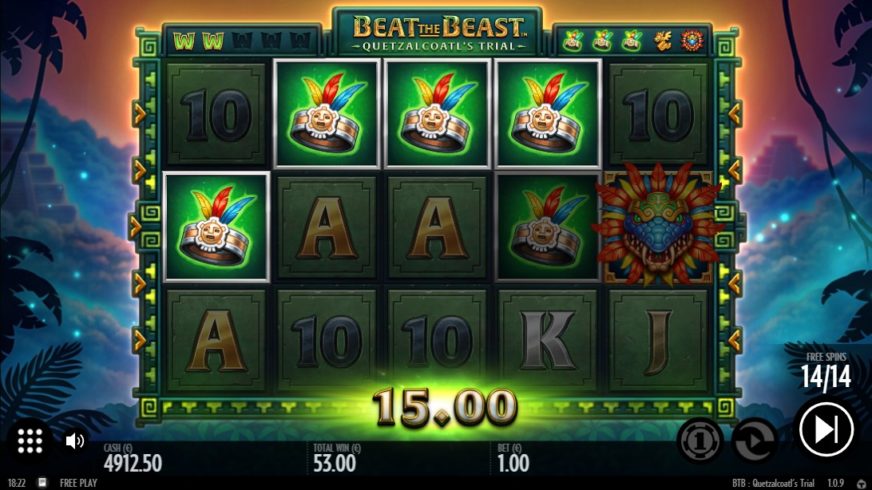