Jade Shuriken is the game developed by recognized studio Slingshot Studios. Released in New Zealand on 06.09.2022 it became an instant success among gamblers for its exciting engine and amazing artwork. This review describes all of its key characteristics that along with free demo mode available on clashofslots.com give a good idea of experience you’ll be getting.

Jade Shuriken is an Asian style slot with Epic Strike feature, played on 5 reels and 40 lines to form your winnings.

To get the prize from the Epic Strike feature, you need as many green-colored shurikens as possible. Of course, for the minimum prize, which is equal to the bet, three pieces are enough, but if you want to win the maximum prize of 2500 times the bet, you will need 12 shurikens.

When 3 scatters appear on the playing field, you will be entitled to participate in free spins, which are presented in Jade Shuriken slot in three variants. Each option differs in the number of free spins and the size of the multiplier. 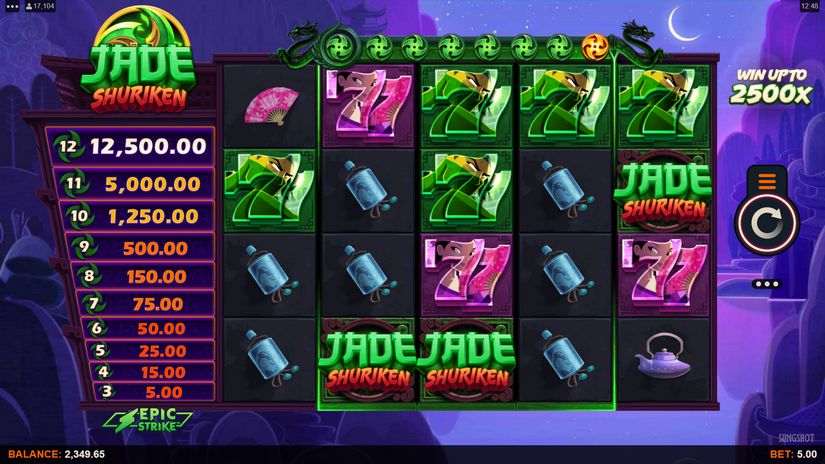 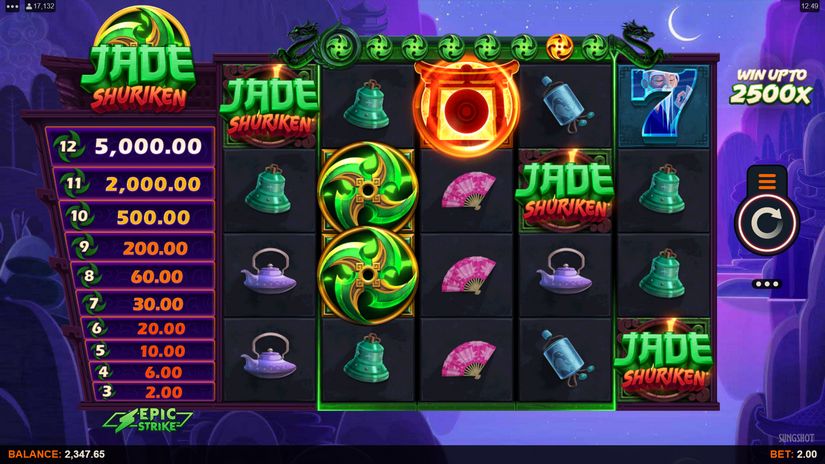 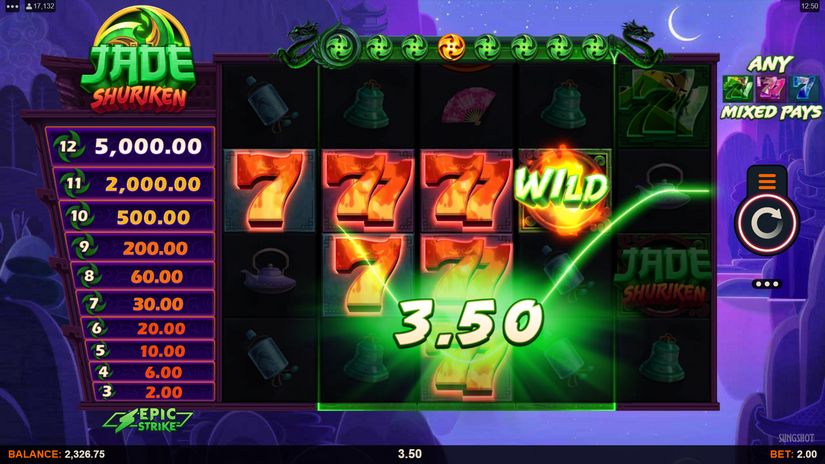 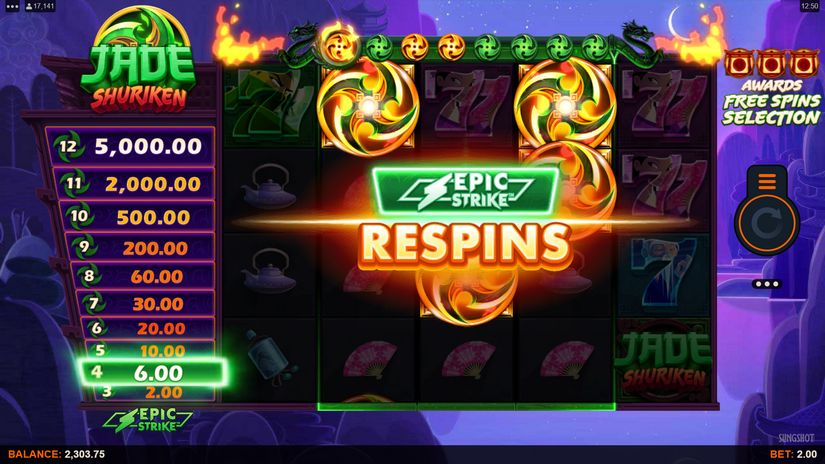 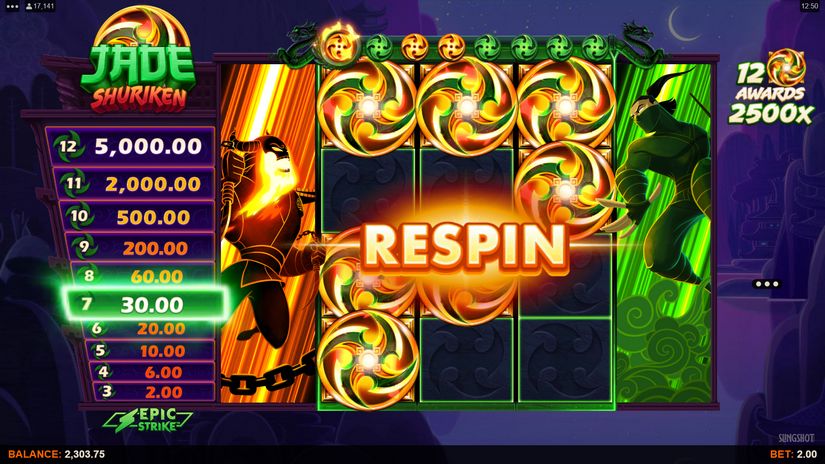 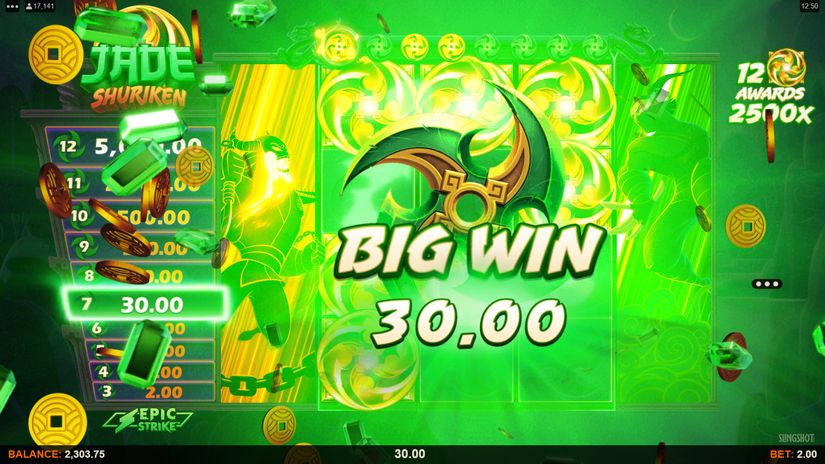 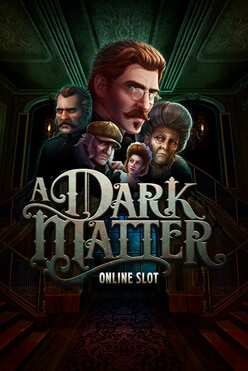 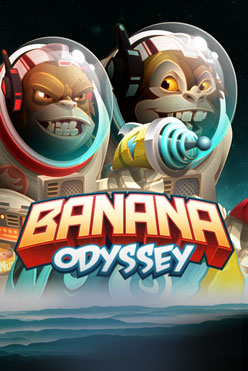 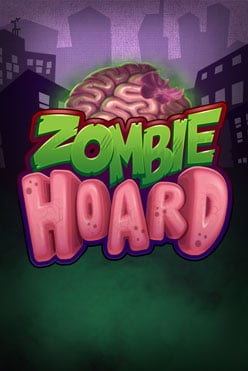 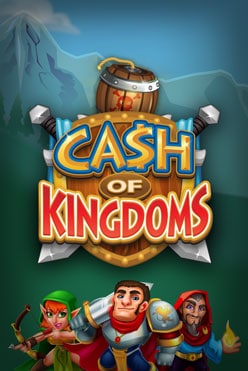