Take a look at the slot metrics to see if that’s the greatest option for you. Captain’s Quest Treasure Island offers 96.28% theoretical return, High risk level and x25280 win potential, max win. With a pretty balanced math and the possibility of the considerable swings, the game is always engaging. Overall, it provides strong gaming experience.

Captain’s Quest Treasure Island appeals to those who prefer gameplay that has both classic and unique elements to it. If no bonus gets triggered, the base mode is still entertaining but once wilds, scatters or other special symbols or features show up on the reels, it gets to the whole new level.

The captain symbol is very important in the Captain’s Quest Treasure Island slot, as it can substitute for all symbols in the slot like a regular wild. Also, the captain symbol, appearing even in one row, will push the reels to fill all three rows.

In addition, if three reels are completely covered with captain symbols at once, you will be eligible for participation in the free spins round. During free spins, x2 multipliers will be displayed above the reels on which the captains that triggered the feature fell out. And if captains reappear on the reels with multipliers, the multiplier over a particular reel will increase by one. 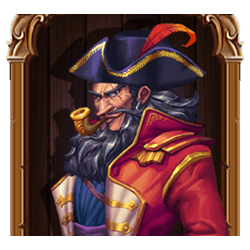 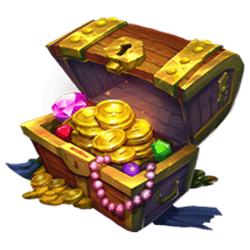 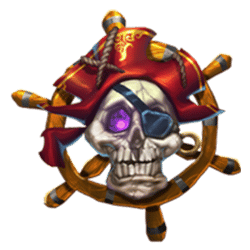 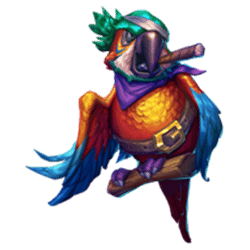 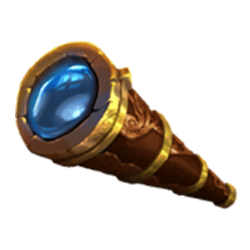 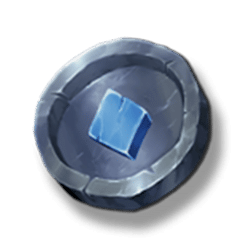 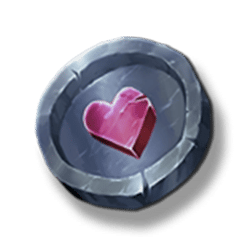 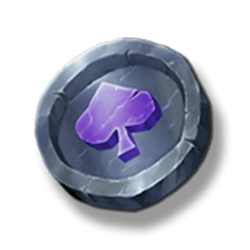 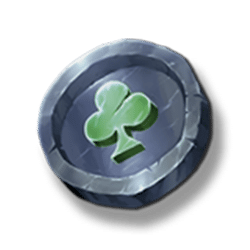 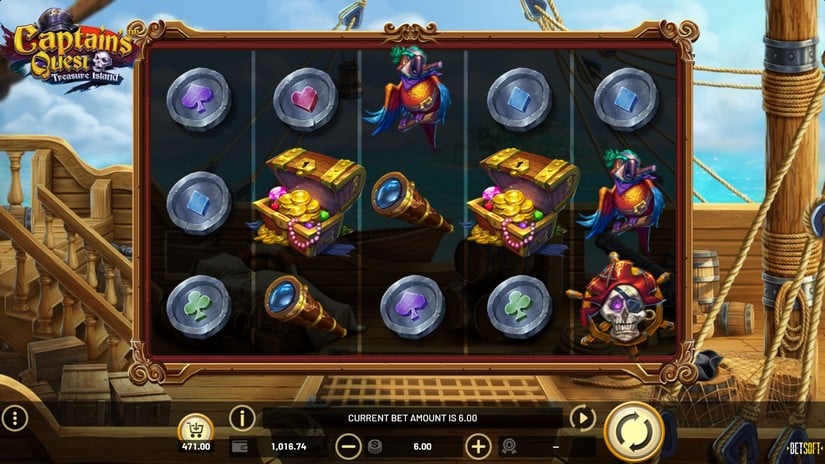 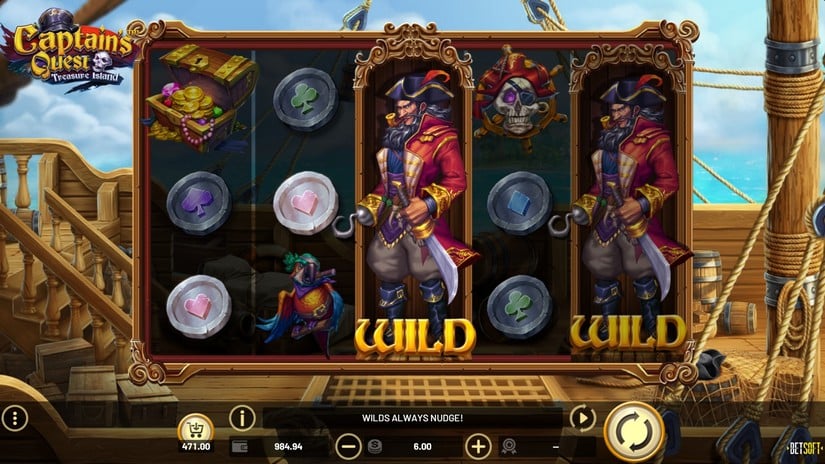 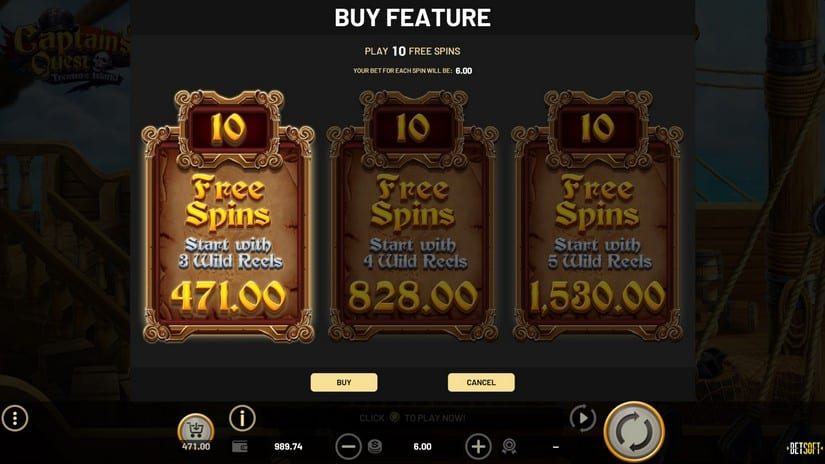 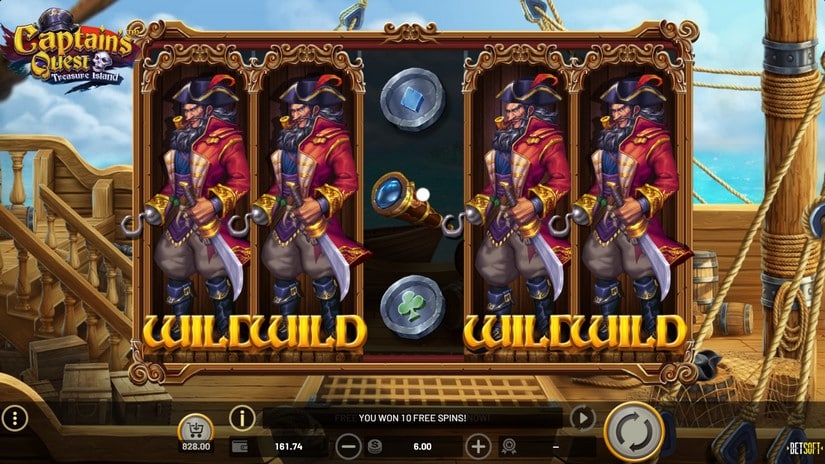 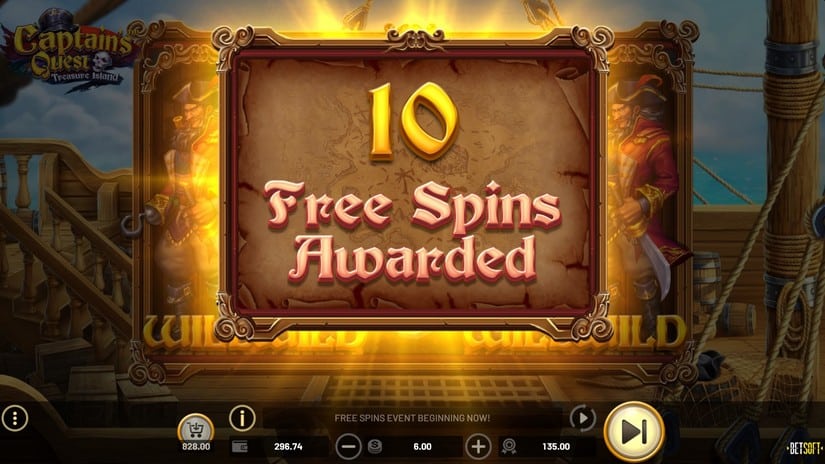 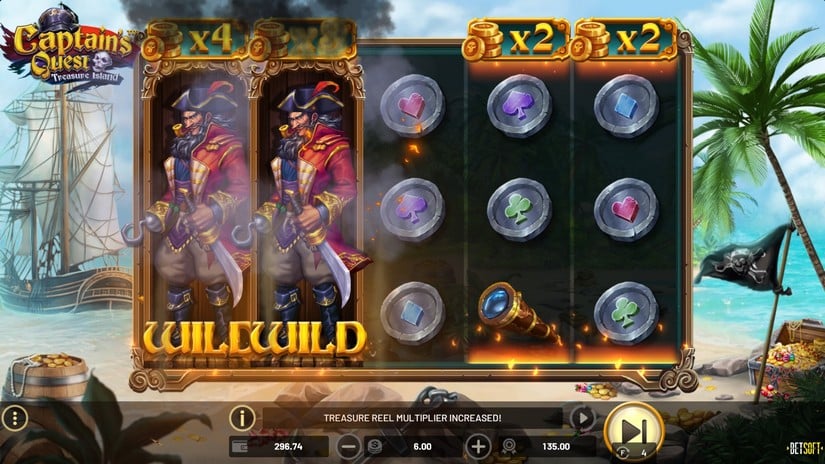 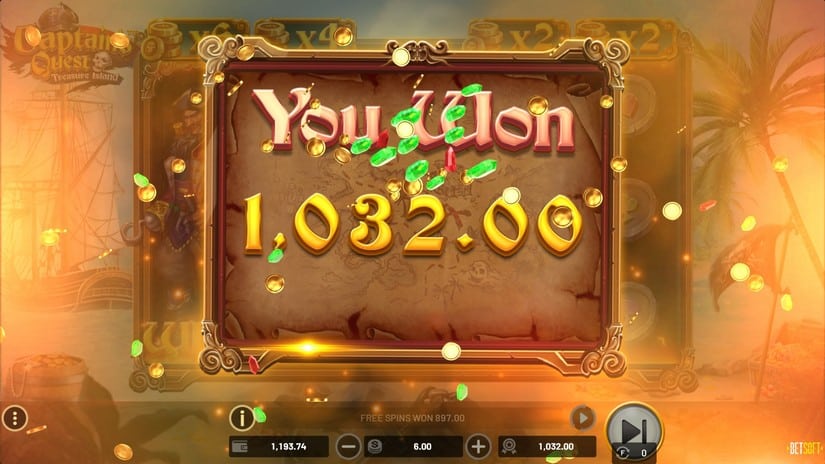