For the provider of this level Football:2022 is a great game that’s made it to the lobbies of a number of gambling sites. Football:2022 hit the market on 08.11.2022 offering exciting gameplay and high-quality visuals. You can play free Football:2022 demo mode on our site as a guest with no sign up required.

Take a look at the game metrics to decide if that’s the perfect choice for you. Football:2022 offers 96.06% theoretical return, Average risk level and x win potential, max win. With a quite balanced math and the possibility of the considerable swings, the game is always engaging. Overall, it delivers enjoyable gaming experience.

Football:2022 appeals to those who appreciate gameplay that has both traditional and unique elements to it. When no bonus gets triggered, the base game is still entertaining but as soon as wilds, scatters or other special symbols or features show up on the reels, it gets to the whole new level.

During the main game, nothing interesting happens, and the only addition is the wild symbol, which can appear on all reels. The most interesting will begin when scatters appear on the first and fifth reels (they are represented by the flags of 32 countries). Once this happens, you will have access to the bonus game called Penalty.

For each ball batted and scored, you get a cash reward, which accumulates until the end of the bonus game. If you score more goals than your opponent, you will receive the entire reward. If not, and the opponent scores more goals in your goal, the reward will go to him. 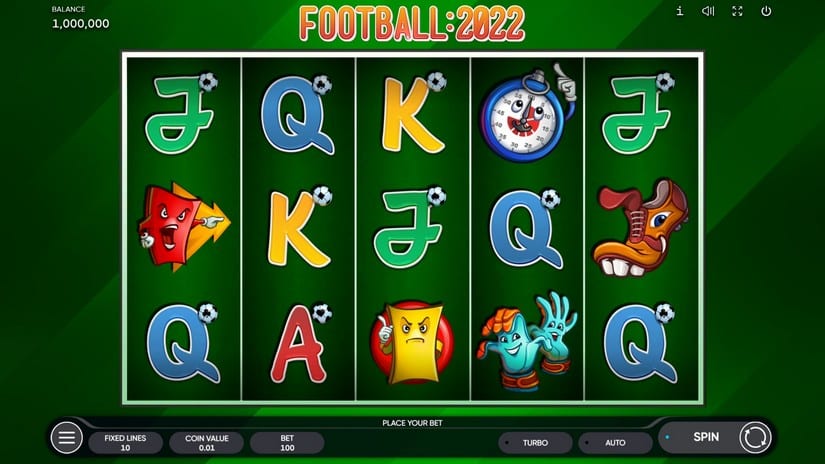 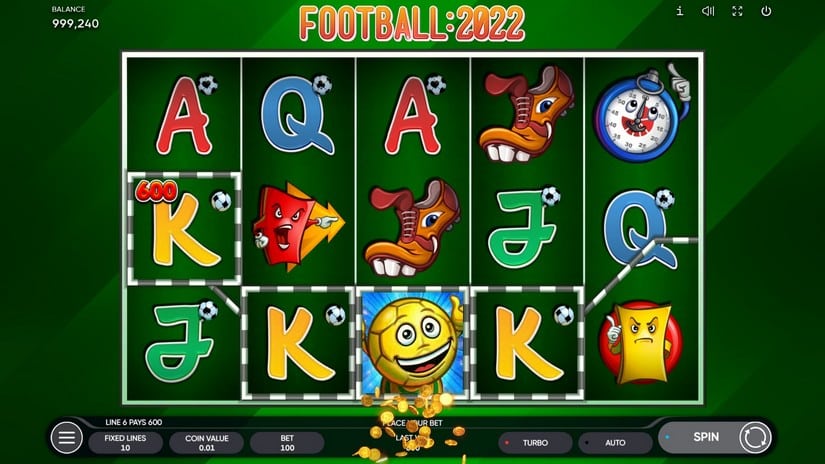 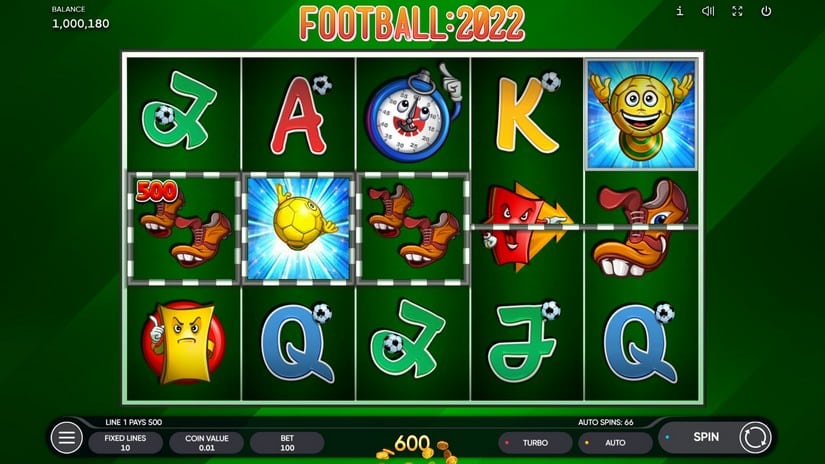 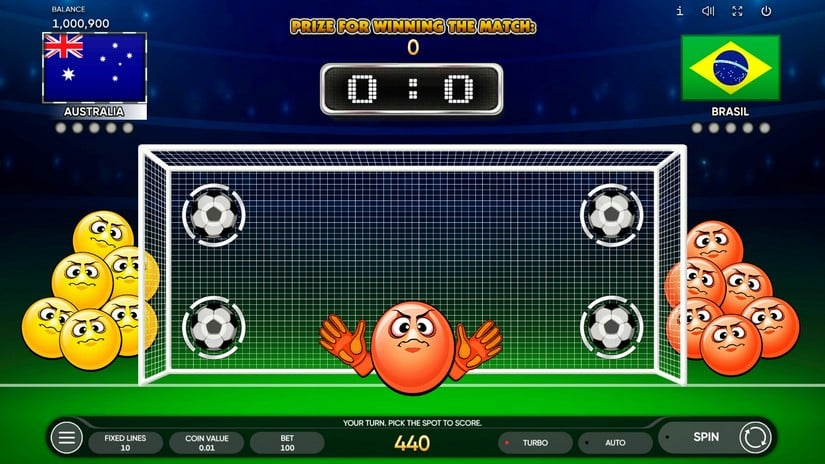 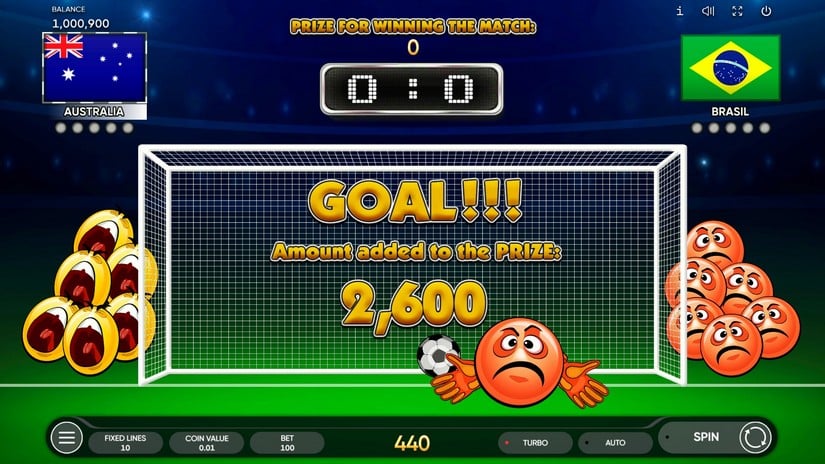 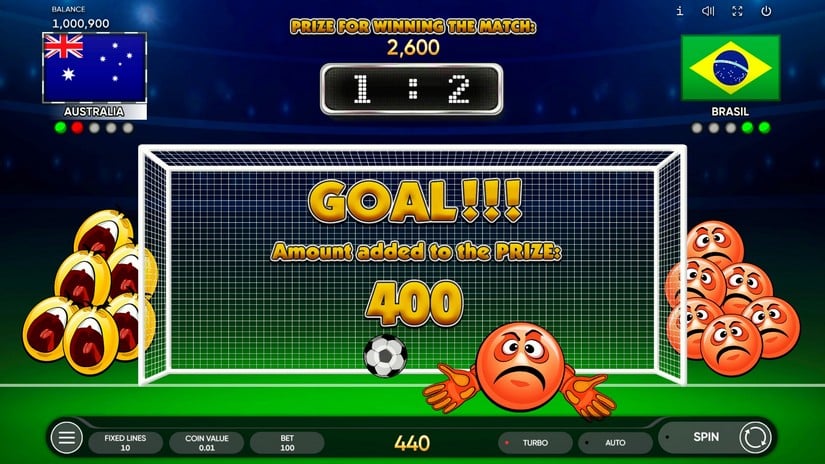 Can I play Football:2022 free slot?
Yes, our site is the place to try Football:2022 with no registration required. Any casino site partnering with Endorphina would also offer free access to the test mode.
Can I win real money on Football:2022 slot?
Yes, registered account with a casino would be the only option to play real money Football:2022 and hit real winnings.
What is the best place to play Football:2022?
When it comes to test mode any trusted gambling operator or casino related site such as clashofslots.com would be fine. Once real cash gets involved legitimate operator with good reputation and premium services must be selected. Best option would vary depending on one`s personal preferences.
Can I play Football:2022 slot on mobile phone?
Yes, this slot is mobile optimized and can be loaded on any device.
How to win playing Football:2022?
This is a licensed slot machine that generates random outcomes, and all you need is a good fortune. Check the paytable to find out how and how much you can win.