Blood Suckers II is the title developed by well known studio NetEnt. Released on 25.02.2017 it became popular among slot fans for its exciting engine and high-quality artwork. This review describes all of its key characteristics that along with free test mode available on clashofslots.com give a great idea of experience you’ll be getting.

The plot of the game begins with the fact that a young vampire Amilia came to the vampire castle in order to find the treasures of her ancestors but the mysterious treasures are guarded by an evil demon. To defeat him, Amilia had to master the art of crossbow shooting.

The new slot has 5 reels and 25 paylines. The symbols in the game are fully consistent with the chosen theme. You will find four card suits and four vampires on the reels of the game. In addition, special symbols are used in the slot: Wild replaces simple symbols in the slot, Scatter launches free spins, Bonus launches a bonus round.

Free Spins is activated, when at least three scatter symbols appear on the reels. You will be proposed 10 free spins, with the possibility of their extension. Also, note that all winnings during the feature will be tripled.

Hidden Treasure – this feature starts after the appearance of at least three bonus symbols but they must appear in adjacent cells starting from the first reel. After that, you will move to the crypt, there are coffins and chests in it, behind which various objects are hidden. These can be cash payments, keys to go to the next level, scatters that will launch free spins, as well as demons – they complete the round. Select coffins and chests in any order and determine your prize.

As well, pay attention to the beautiful vampire who stands next to the reels and periodically shoots at the screen from her crossbow. After a shot, scatter or bonus symbols may appear on the reels, which will trigger one of the above features. 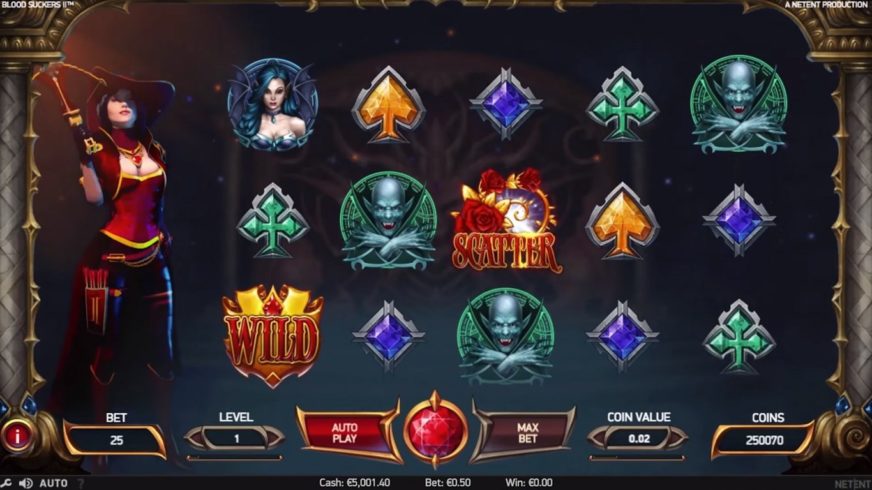 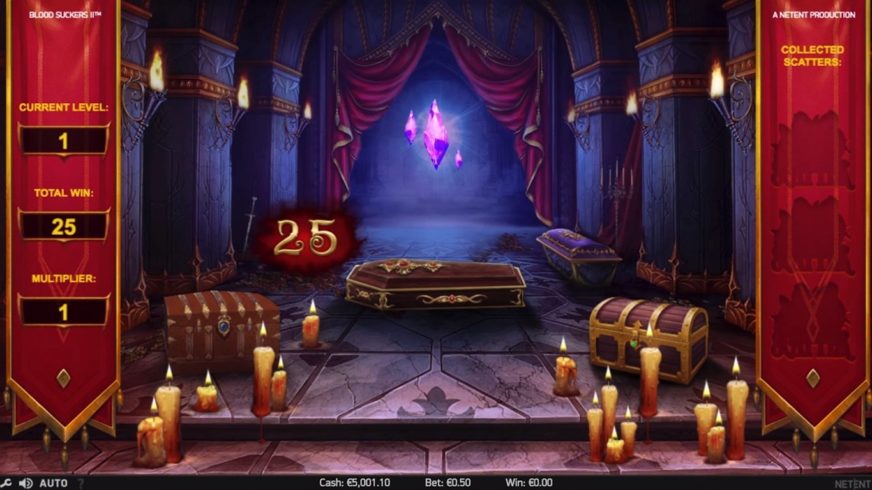 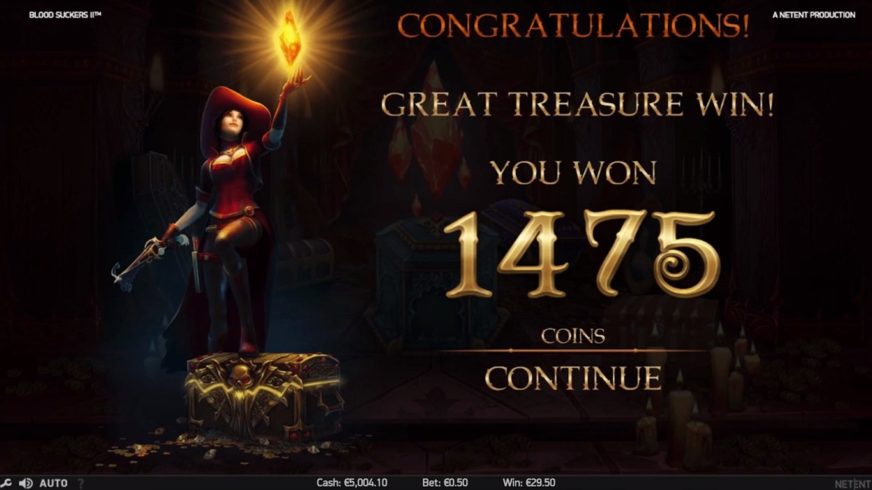