For the provider of this rank Disco Danny is a wonderful launch that’s made it to the lobbies of a number of casinos. Disco Danny hit the market on 20.08.2020 offering popular gameplay and great artwork. You can enjoy free Disco Danny test mode on our site as a guest with no sign up required.

Take a look at the game metrics to see if that’s the perfect option for you. Disco Danny offers 96.04% return, Above average risk level and x3000 win potential, max win. With a pretty balanced math and the possibility of the massive swings, the game is always engaging. Overall, it delivers strong gaming experience.

Disco Danny caters to those who prefer gameplay that has both classic and experimental elements to it. When no bonus gets activated, the base game is still interesting but once wilds, scatters or other special symbols or features show up on the reels, it gets to the whole new level.

Playing the Disco Danny slot from the NetEnt manufacturer, you will go back in time to attend the incendiary disco in the style of the 70s and meet the disco king.

In technical terms, the Disco Danny slot is very simple – with a 3×3 playing field and only five paylines to form your winnings. The combinations are formed when three identical symbols land on the same line.

There are very few symbols in the Disco Danny slot: you will see single, double and triple bars, sevens, rollers and a disco king in two versions. The first one brings wins 10 times your bet, and the second one is a top symbol and brings you 100 times your bet for a combination of three.

You can go back to the 70s and meet the disco king on any device, choosing a bet from a minimum of 0.10 to a maximum of 250 euros per spin. The variance in the Disco Danny slot is above average, and the RTP is 96.04%.

Oddly enough, there are no wild symbols in the Disco Danny slot, which means no help in generating the winnings.

Fortunately, despite the simplicity of the Disco Danny slot, it has two scatter symbols (a silver and a gold disco balls) that open access to free spins with multipliers.

Free spins consist of five levels, each of them having a multiplier that increases to x1, x2, x3, x5 or x10, respectively. If golden balls cover the entire playing field, all multiplier values ​​are added and multiplied by the level multiplier. You proceed to the next level after this.

In conclusion, it can be said that Disco Danny is a simple but at the same time attracting slot, where you can find five-level free spins with multipliers. 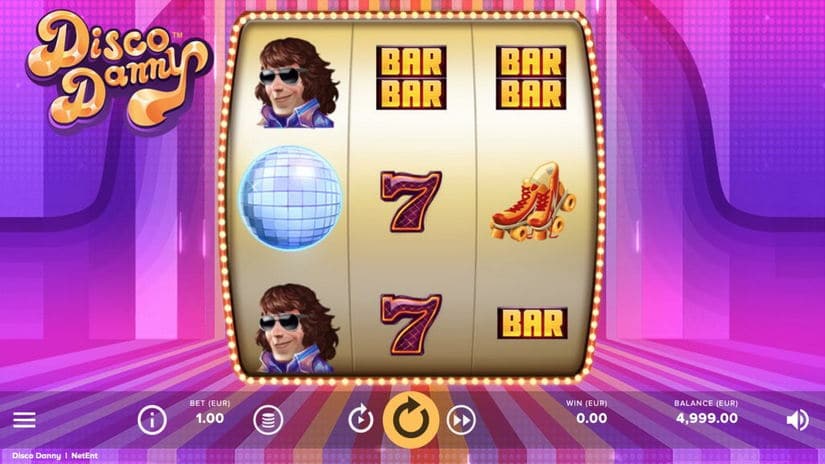 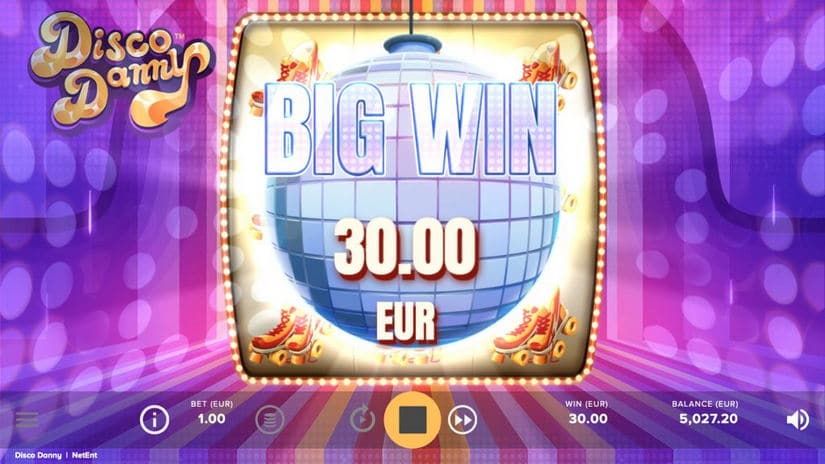 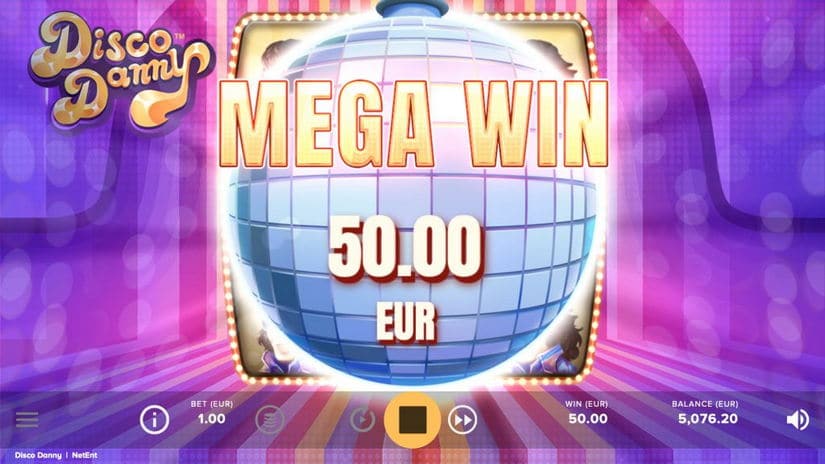 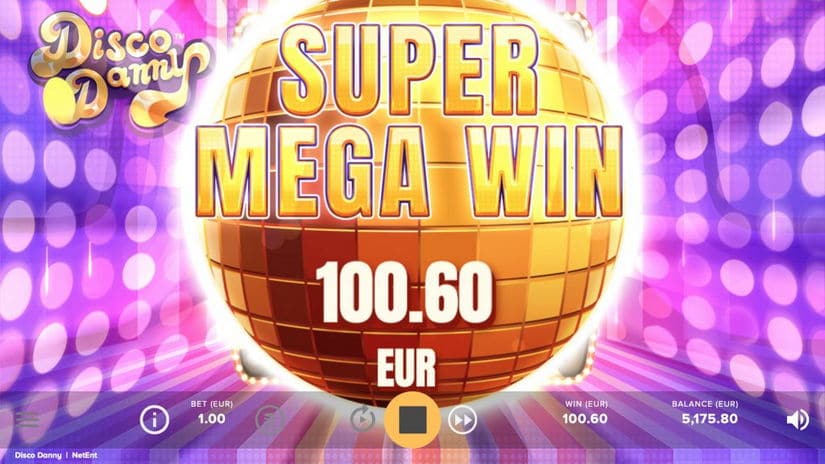 Can I play Disco Danny for free?
Yes, clashofslots.com is the place to try Disco Danny with no sign up required. Any gambling site partnering with NetEnt would also offer free access to the test mode.
Can I win real money on Disco Danny slot?
Yes, registered account with a casino operator would be the only option to play real money Disco Danny and land real winnings.
What is the best place to play Disco Danny?
When it comes to test mode any trusted gambling operator or casino related site such as Clash of Slots would be fine. Once real cash gets involved legitimate operator with solid reputation and premium services must be selected. Best casino would vary depending on one`s personal requirements.
Can I play Disco Danny slot on mobile phone?
Yes, this game is mobile friendly and can be loaded on any device.
How to win playing Disco Danny?
This is a licensed slot machine that generates random results, and all you need is a good luck. Look through the paytable to see how and how much you can win.