For the studio of this caliber Who’s The Bride is a wonderful release that’s made it to the lobbies of numerous gambling sites. Who’s The Bride was released on 12.11.2019 offering proven gameplay and premium artwork. You can enjoy free Who’s The Bride demo mode on our site as a guest with no registration required.

Check out the slot metrics to see if that’s the perfect option for you. Who’s The Bride offers 96.82% return, High risk level and x2500 win potential, max win. With a quite balanced math model and the possibility of the considerable swings, the game is always engaging. Overall, it delivers strong gaming experience.

Who’s The Bride appeals to those who love gameplay that has both traditional and innovative elements to it. If no bonus gets triggered, the base game is still entertaining but as soon as wilds, scatters or other special symbols or features appear on the reels, it gets to the whole new level.

Meet the Asian-themed Who’s the Bride slot developed by NetEnt. NetEnt has been increasingly releasing slots devoted to Asian traditions and culture recently. Imperial Riches, Twin Happiness and Sweety Honey Fruity slots were added to its portfolio, all of them with an Asian theme.

This time it presents the Who’s the Bride slot, which is very similar to the well-known Dead or Alive slot in its gameplay, but this time it is more targeted at the Asian market. Well, let’s see what’s inside.

The Who’s the Bride slot is designed in a characteristic Asian style, dominated by red and gold. The playing field is surrounded by a nice golden frame with Chinese lanterns around that indicate the number of lines. The music in the game is typical of Asia – very calm and relaxing. In terms of technical features, Who’s the Bride is equipped with 5 reels and 9 paylines (just like Dead or Alive). You will find beautifully designed names of playing cards from 10 to A, as well as a kettle, pendant, shoes, a box and a cart among the symbols used in the slot.

A beautiful bride hiding her face under a veil is a wild symbol, which appears on all five reels and can replace all the images in the game except for the scatter. The wild is also the most profitable image in the Who’s the Bride slot. The scatter symbol is made in the form of a gold bar and is used to trigger free spins. By the way, when scatters land on the reels, you can hear the same sounds as in the well-known Dead or Alive slot.

Since it has already been mentioned that the Who’s the Bride slot is an exact copy of the Dead or Alive slot released in 2009 in its gameplay, it is not difficult to guess what bonus features are there.

Of course, the Free Spins round is the main feature in playing the Who’s the Bride slot for free. You need to catch three, four or five scatter symbols to activate it. Once this happens, you are credited with an instant win of 4, 25 or 2,500 times your bet, and after that you get 12 free spins. A x2 multiplier will be applied during free spins, just like in the Dead or Alive slot.

Now sticky wild symbols come into play, which are represented by five brides (as opposed to criminals in the Dead or Alive slot). Each of the brides is assigned to a reel where she can land and remain in her position until the end of the round. Another nice and familiar addition during free spins is that if you manage to catch five brides on each reel, you will be rewarded with five more free spins.

In conclusion, it can be said that the Who’s the Bride slot machine is an exact copy of the Dead or Alive slot, but with a different theme and symbols, as you already understood. At the same time, it must be noted that you will find high-quality graphics, a profitable round of free spins, and most importantly, you can get decent winnings even if you play small bets in the Who’s the Bride slot.

Who’s The Bride Symbols and Paytable 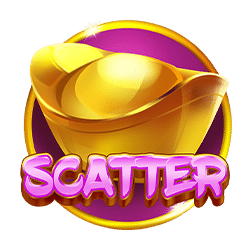 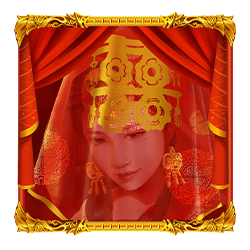 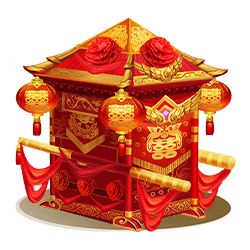 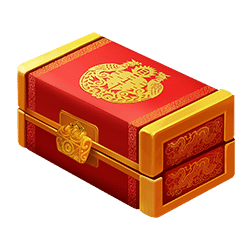 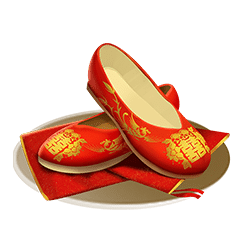 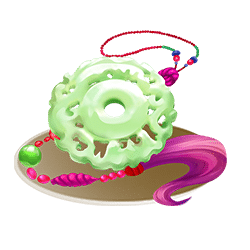 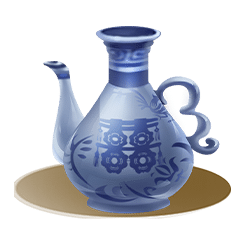 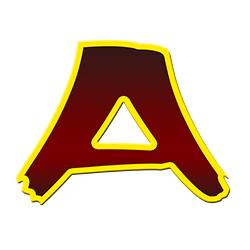 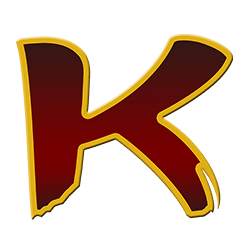 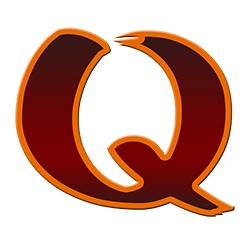 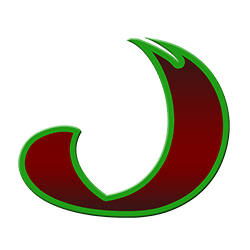 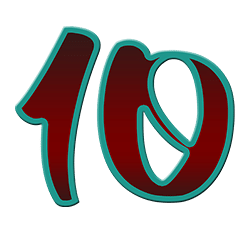 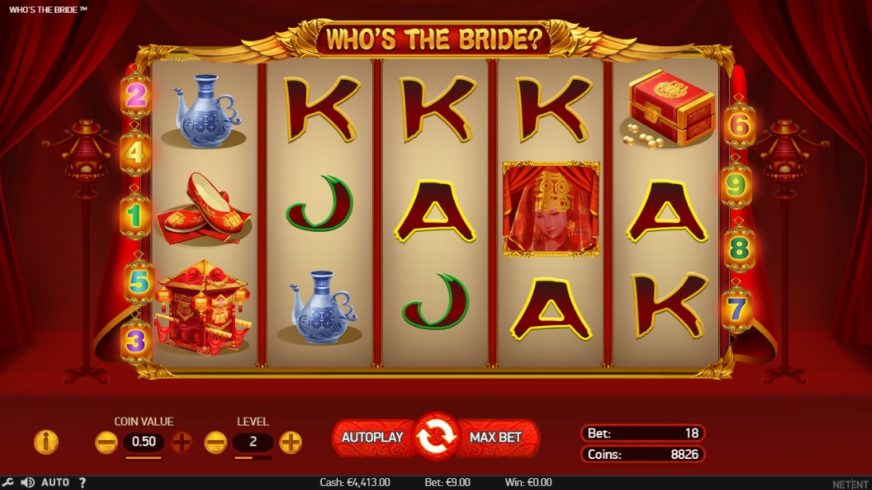 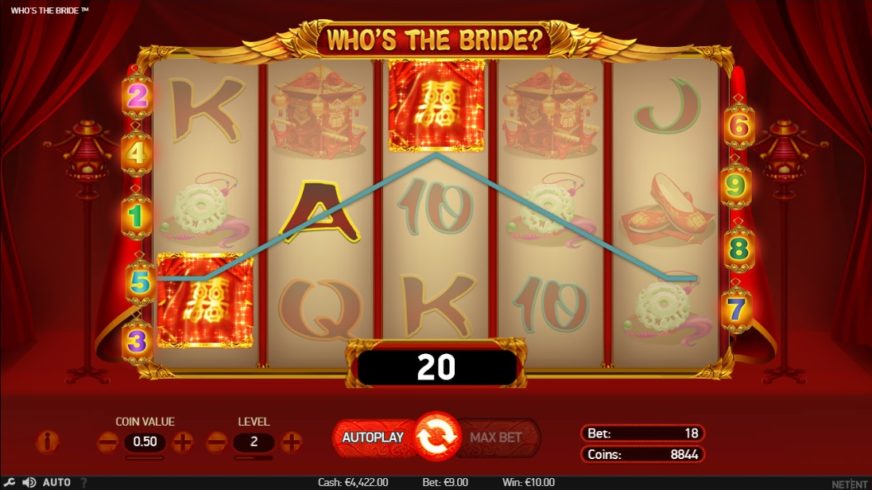 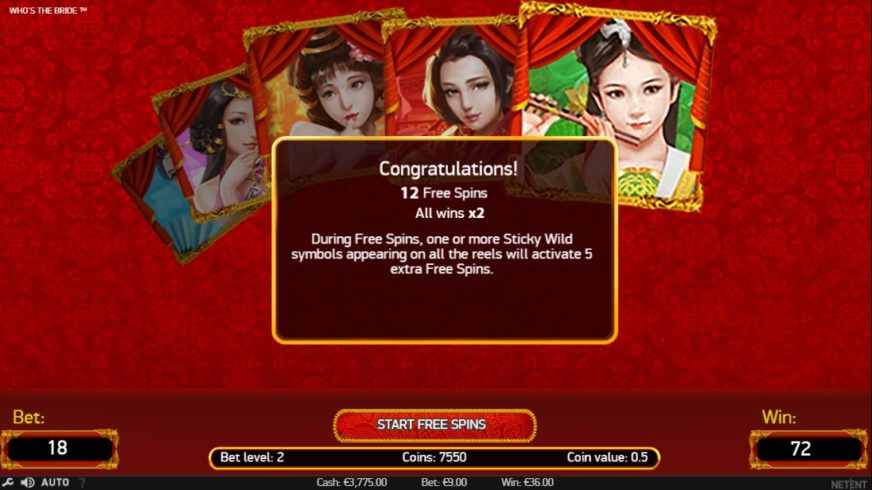 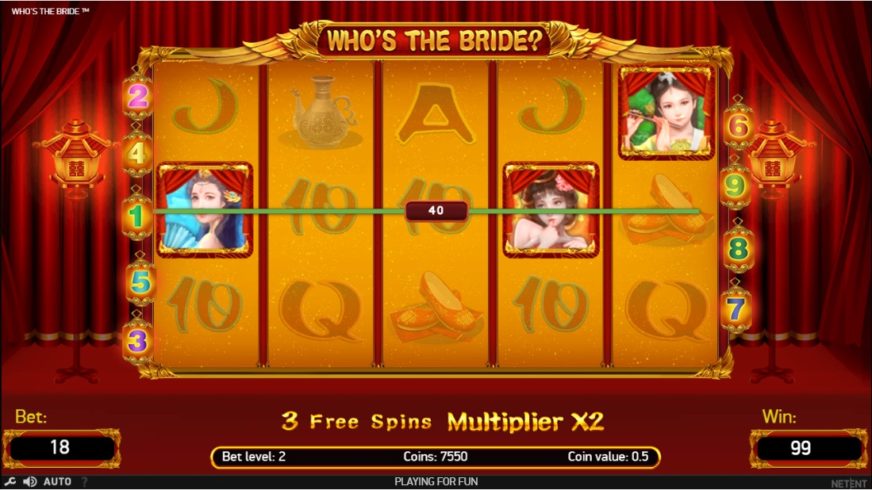 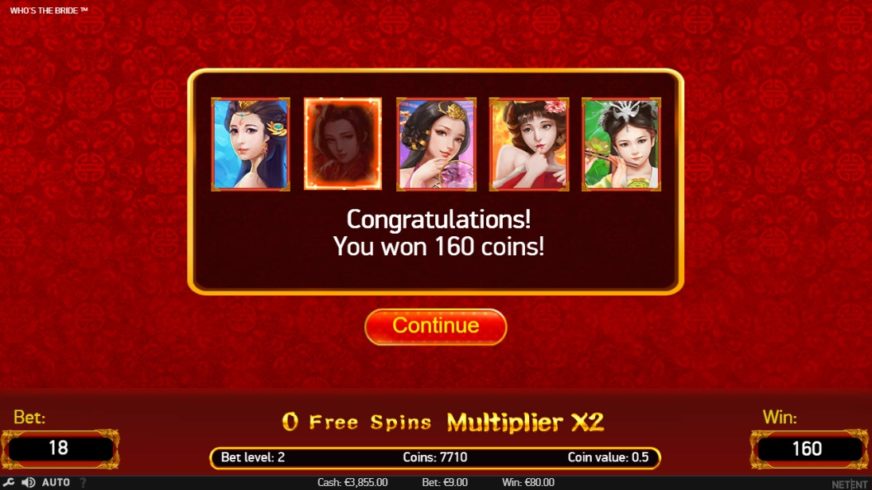