Check out the slot metrics to decide if that’s the greatest option for you. Hercules Son of Zeus offers 95.19% return, High dispersion and x800 win potential, max win. With a quite balanced math and the possibility of the big swings, the game is always exciting. Overall, it provides rich gaming experience.

Hercules Son of Zeus appeals to those who love gameplay that has both traditional and original elements to it. When no bonus gets triggered, the base mode is still entertaining but once wilds, scatters or other special symbols or features appear on the reels, it gets to the whole new level.

If you like ancient Greek-themed games, then launch the Hercules Son of Zeus slot from Pragmatic Play and enjoy the gameplay.

Apparently, no one needs an explanation who Hercules is – this game was named after him. On the technical part, the Hercules Son of Zeus slot is equipped with 5 reels and 5 lines for generating wins. Possible bets in the game range from $0.50 to $500 per spin.

Everyone knows Hercules since childhood, but let’s refresh our memory – who is Hercules? As is known from ancient Greek myths, he was the son of Zeus – the God of heaven, thunder and lightning – and had tremendous strength. The design of the slot emphasizes the ancient Greek theme. The reels of the slot are located high in the sky, on Mount Olympus. They feature card names and 5 creatures, probably the ones that Hercules fought during his exploits. The most important symbol in the slot is Hercules, it brings the most profit and appears on the game reels in long stacks to cover an entire game column. The temple is a wild symbol, which replaces simple images in the slot, while the coin is a scatter symbol that triggers free spins.

The Pragmatic Play developers have implemented only one bonus feature – free spins. This round will be accessed if you collect 3 scatter symbols on game reels 2, 3, and 4. You will get 8 free spins with an interesting feature after that. Wild symbols will be added to the 3 middle reels during each spin, and you can completely cover 3 central reels with wild symbols, which will significantly increase your chances of a solid prize. 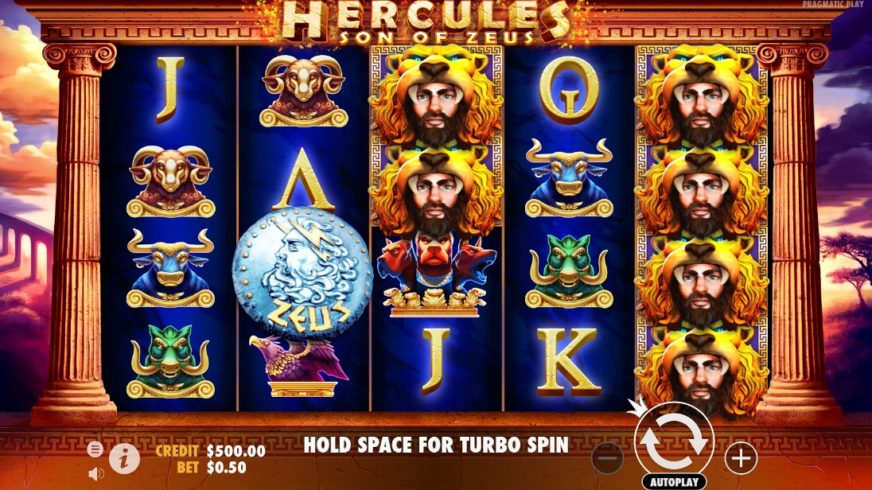 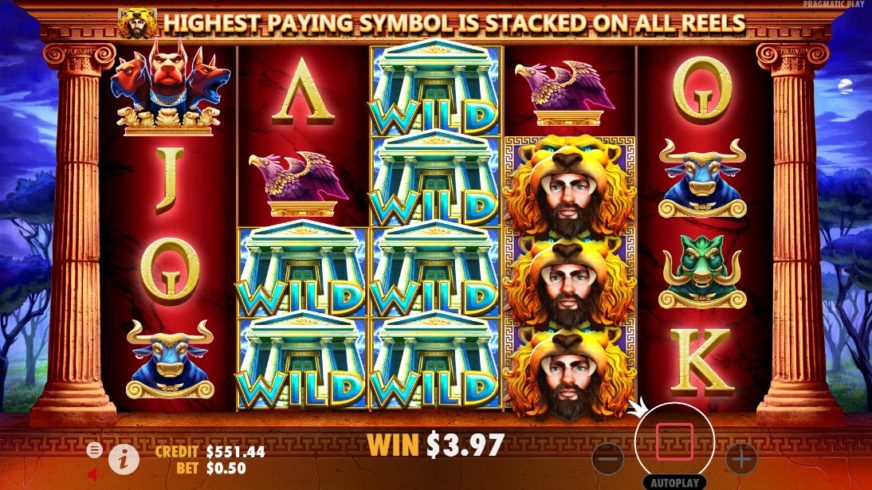 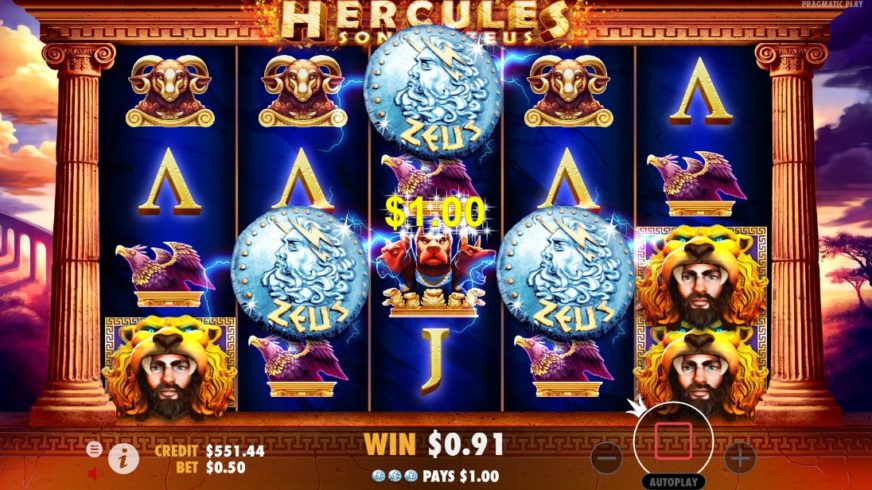 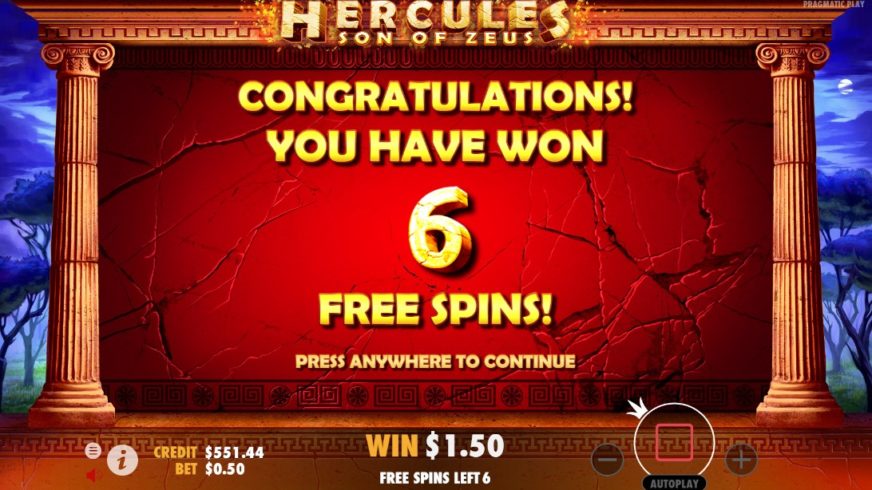 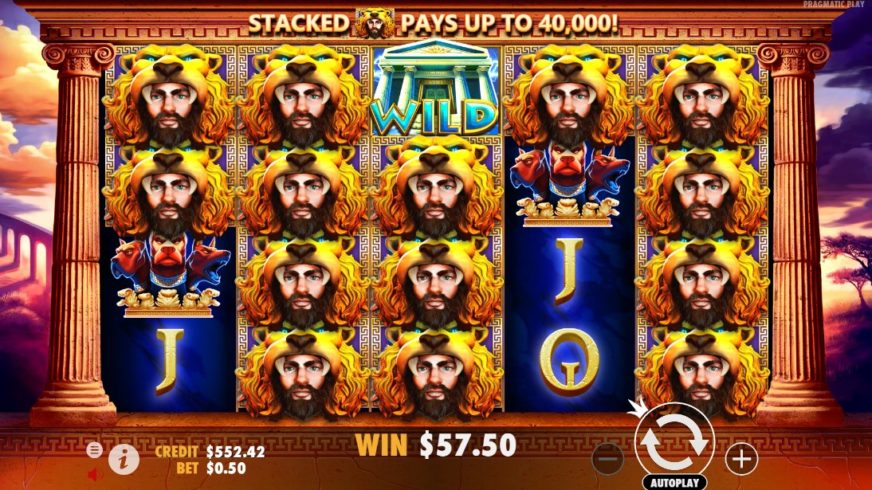