Master Joker is the game developed by well known studio Pragmatic Play. Released on 08.02.2020 it became a hit among gamblers for its immersive engine and fantastic artwork. This review details all of its key characteristics that along with free demo mode available on our site give a great idea of experience you’ll be getting.

It’s been not long since Pragmatic Play presented the classic fruit-themed Super 7s slot, and now they chose fruit again. Indeed, they decided to release another fruit-themed slot, and it was named Master Joker. This choice is quite unusual, because these developers have presented slots with a good set of bonus features and interesting themes recently. What if Master Joker is not as simple as it seems at first glance? Let’s figure it out.

The Master Joker slot is designed in very bright and saturated colors. There is a purple wall with rhombuses on the background of the game, and a jester girl who takes up a large space attracts special attention. On the technical part, the Master Joker slot has 5 reels and only one row with symbols; there is only one payline to form the winnings. You will see a wheel with sectors on which the multipliers are located above this reel (more on that later).

Given the fruit theme, it’s not hard to guess which symbols will prevail in the game. Of course, there is a variety of berries and fruits, including strawberries, lemons, cherries, plums and watermelons, as well as gold bars and pink sevens. A jester girl is another important symbol in Master Joker – it serves as a wild symbol and is able to replace all other images in the game, as well as to launch the wheel with multipliers.

It isn’t hard to guess that you shouldn’t expect a variety of bonuses in a single-line slot. To be more precise, there are no bonuses at all. However, the developers decided to add at least some features in order to diversify the gameplay. The first of them is a feature related to the way the winnings can be formed.

Another feature is associated with the wild symbol. This symbol can only appear on reel 3 and replace any other symbol in the game. Another advantage is that the wild can create two different combinations on the same spin. For example, if 2 watermelons, 2 plums, and the wild fell on the line, you will get a win for both combinations, rather than just for the best one, as is usually the case.

Besides, when the wild participates in the formation of the winnings, it triggers the wheel with multipliers. This wheel is divided into several sectors, which contain multipliers x2, x3, x5, x10, x15, x25, x50, and x100. Once the wheel stops, the chosen multiplier will be applied to the winnings on which it was triggered.

In conclusion, it must be said that the Master Joker slot turned out to be quite interesting, despite its simplicity on the technical part – thanks to its striking design and features. 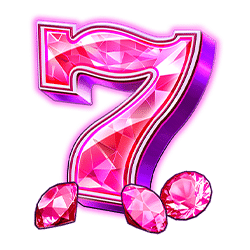 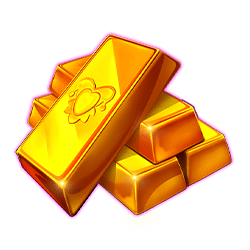 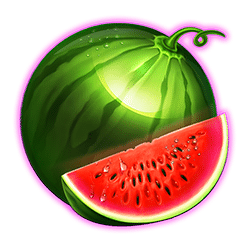 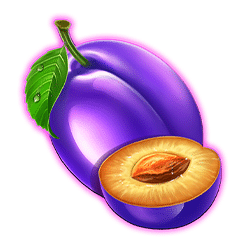 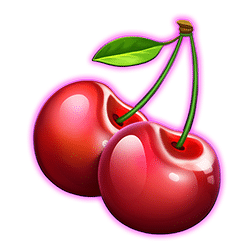 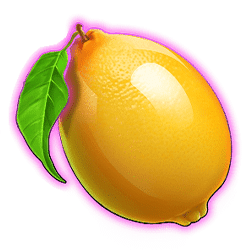 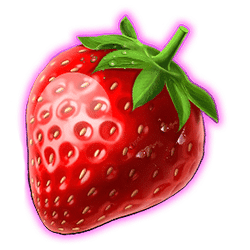 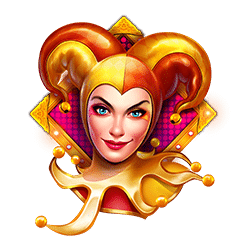 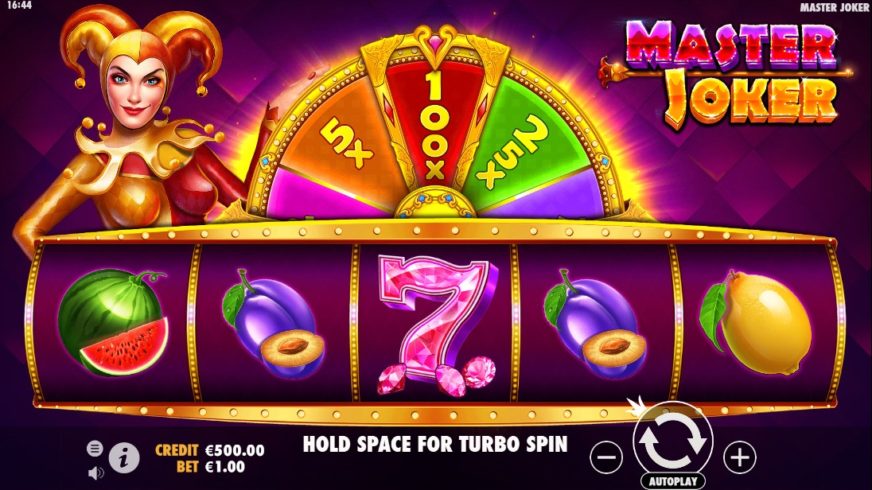 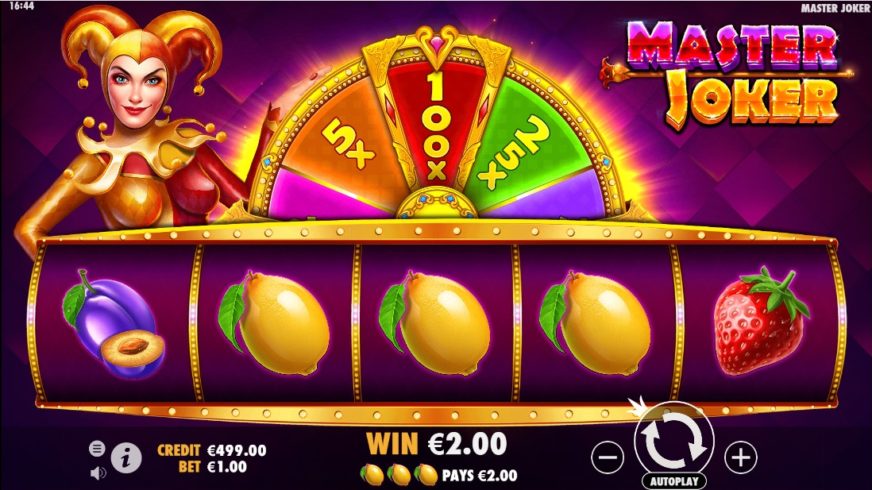 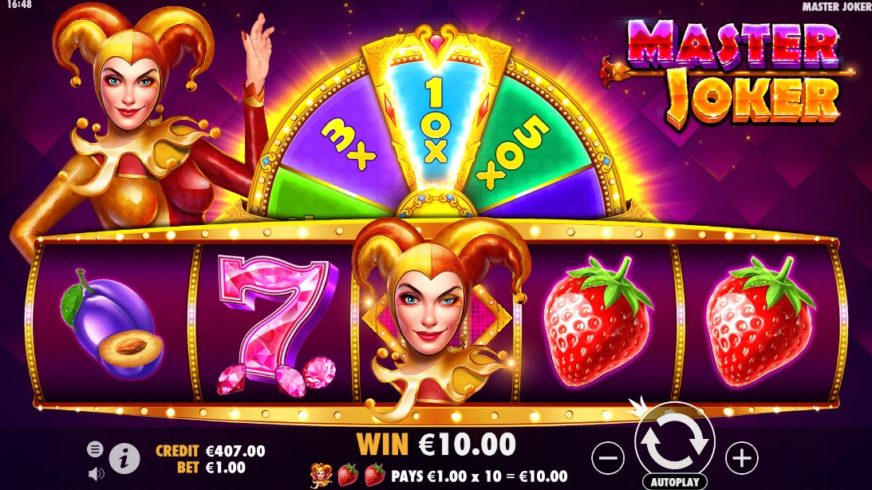 Can I play Master Joker for free?
Yes, clashofslots.com is the place to test Master Joker with no registration required. Any gambling site partnering with Pragmatic Play would also offer free access to the demo mode.
Can I win real money on Master Joker slot?
Yes, registered account with a gambling site would be the only option to play real money Master Joker and hit real winnings.
What is the best place to play Master Joker?
When it comes to demo mode any trusted gambling operator or casino related site such as Clash of Slots would be fine. Once real cash gets invested legitimate operator with solid reputation and premium services must be selected. Best option would vary depending on one`s personal preferences.
Can I play Master Joker slot on mobile phone?
Yes, this slot machine is mobile friendly and can be loaded on any device.
How to win playing Master Joker?
This is a licensed game that generates random results, and all you need is a good fortune. Check the paytable to see how and how much you can win.
Top Pragmatic Play Casinos