For the provider of this status Triple Jokers is a remarkable release that’s made it to the lobbies of numerous operators. Triple Jokers hit the market on 05.06.2019 offering exciting gameplay and great renders. You can enjoy free Triple Jokers demo mode on our site as a visitor with no sign up required.

Check out the game metrics to see if that’s the best choice for you. Triple Jokers offers 96.51% RTP, High risk level and x1000 win potential, max win. With a pretty balanced math model and the possibility of the massive swings, the game is always thrilling. Overall, it delivers powerful gaming experience.

Triple Jokers caters to those who prefer gameplay that has both classic and unique elements to it. If no bonus gets triggered, the base game is still interesting but once wilds, scatters or other special symbols or features show up on the reels, it gets to the whole new level.

Pragmatic Play continues to delight its fans with the release of new online slots. Recently, there have been a lot of them and all of them had different themes – from the Egyptian one that is quite common to cute dogs and vicious pirates. This time, the developers of Pragmatic Play took another way and decided to create a classic slot with a character that is very common among various providers. Now we can consider the Triple Jokers slot where the main role belongs to a funny jester or, as it is often called, the joker.

Technically, Triple Jokers looks pretty standard taking into account that this slot is classic. Playing it for free, you will find three game reels with three symbols in each, and five paylines where your winnings will be formed. The Triple Jokers slot is playable on all compatible devices with the minimum bet of just $0.05 per spin.

In terms of design, the Triple Jokers slot is as simple as technically. Visually, the Triple Jokers slot looks like a slot with a classic theme. The game reels are set against the purple background that is constantly shimmering. Please note that you do not need to look for the value of each symbol in the slot menu, because the developers decided to put it next to the game screen.

The symbols of the slot are also standard as for the classic model. On the reels you will find four card suits, the BAR inscription on the gold background, bells, and three sevens. The most important and valuable symbol in the game is, of course, the Joker in a funny cap. In addition to the fact that it brings good payouts, there is an interesting feature associated with it. We will discuss it below.

The only bonus feature you will see in the Triple Jokers slot is called Respin Until You Win. It is associated with the main character of this slot – Joker. Please note that if during the spins the jester symbol appears and fills the whole game reel, the Respin Until You Win feature is activated.

As a result, the jester symbol will turn into a wild symbol and will remain in its place, and you will get respins of the rest of the game reels that will continue until a winning combination is formed. If, during the respins, you get another reel with jokers, everything will be repeated. If you are lucky enough to fill all three reels with folded jokers, you will get the winning that is 1000 times higher than your bet.

Summing it up, we can say that the developers of Pragmatic Play managed to create an interesting and high-quality slot. Despite its simple functionality, fans of classic models are sure to like it. 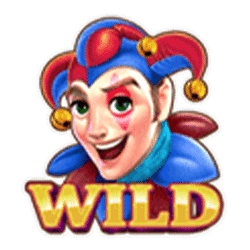 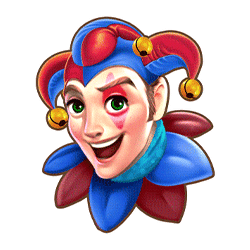 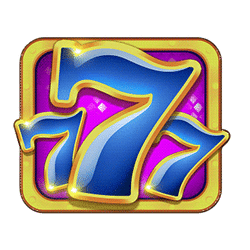 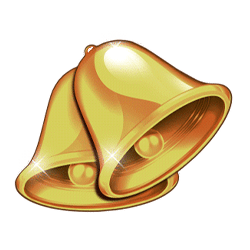 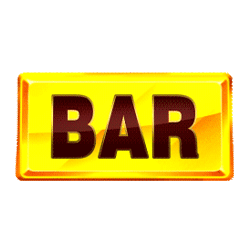 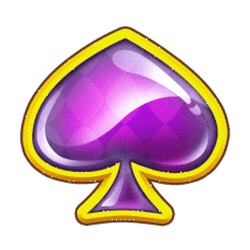 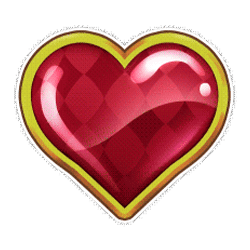 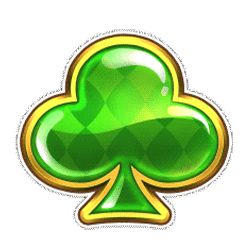 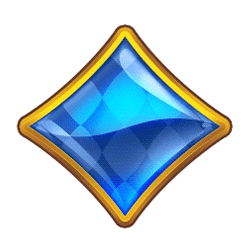 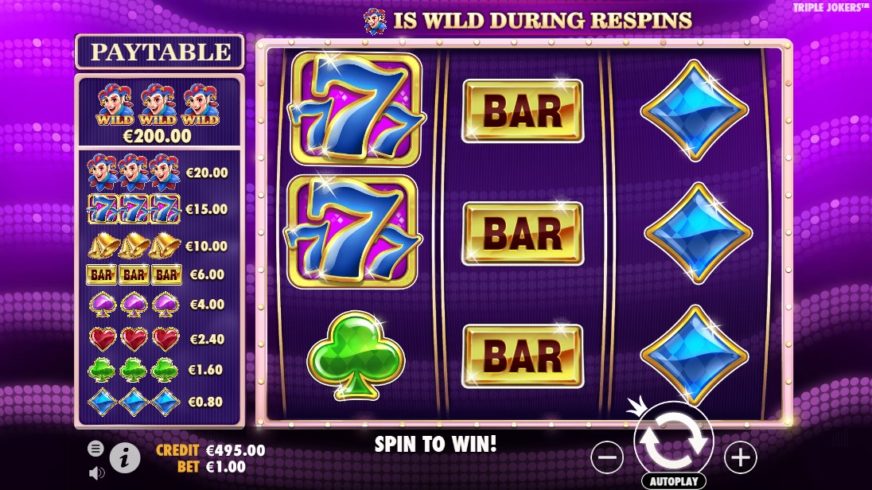 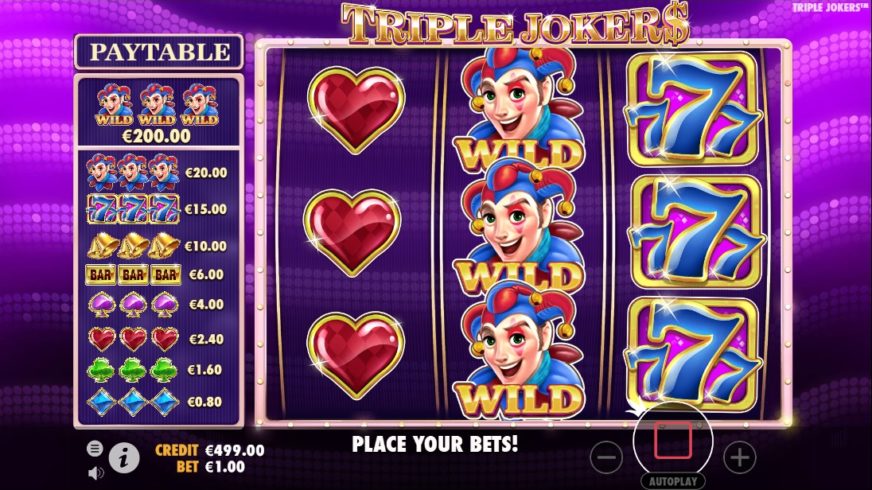 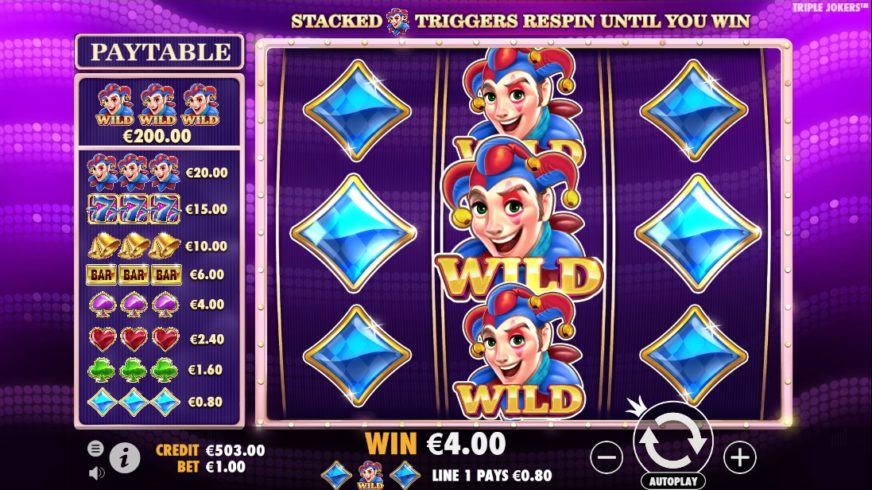 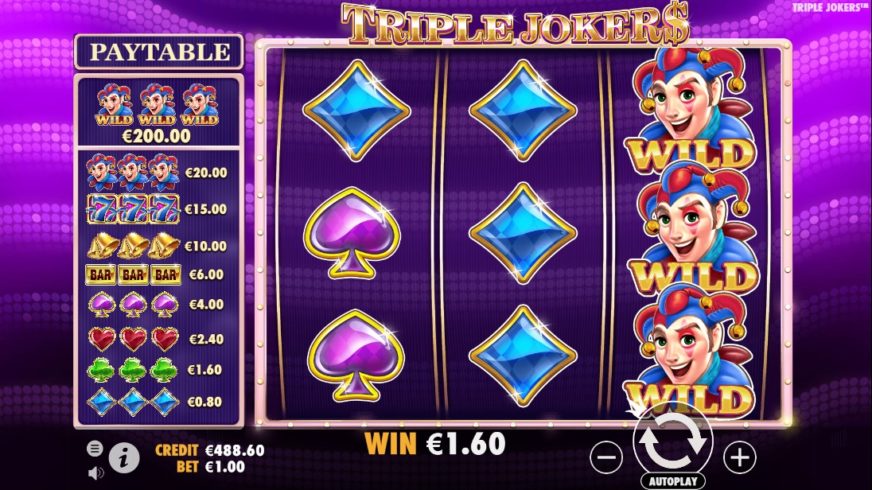 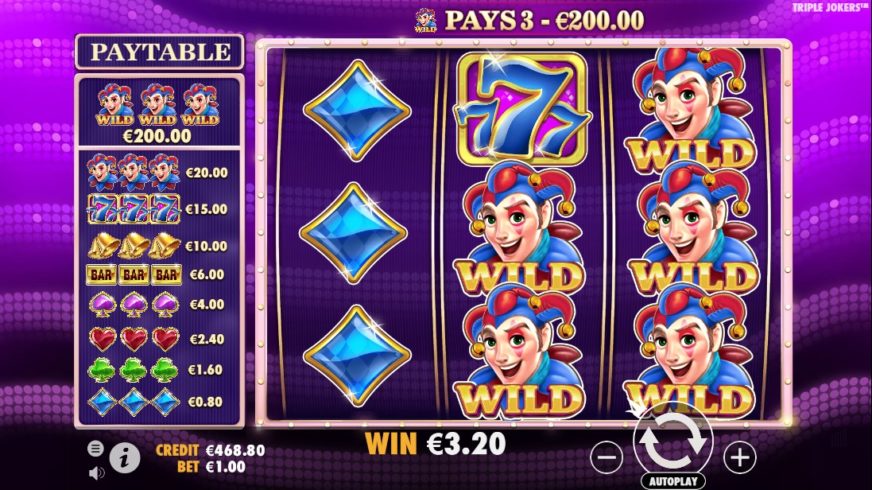 Can I play Triple Jokers for free?
Yes, Clash of Slots is the place to try Triple Jokers with no sign up required. Any casino site partnering with Pragmatic Play would also provide free access to the demo mode.
Can I win real money on Triple Jokers slot?
Yes, registered account with a casino would be the only option to play real money Triple Jokers and get real winnings.
What is the best place to play Triple Jokers?
When it comes to test mode any trusted casino or casino related site such as Clash of Slots would be fine. Once real money gets invested legitimate operator with good reputation and excellent services must be selected. Best choice would vary depending on one`s personal requirements.
Can I play Triple Jokers slot on mobile phone?
Yes, this video slot is mobile friendly and can be loaded on any device.
How to win playing Triple Jokers?
This is a certified game that generates random results, and all you need is a good luck. Look through the paytable to find out how and how much you can win.
Top Pragmatic Play Casinos