Dead Riders Trail is the slot developed by well known studio Relax Gaming. Released on 24.08.2022 it became popular among slot fans for its immersive engine and fantastic artwork. This review explains all of its key characteristics that along with free demo mode available on Clash of Slots give a great idea of experience you’ll be getting.

Dead Riders Trail is a quality slot with cascading wins, equipped with a 6×6 playing field, including 24 blocks. The number of ways to form your wins changes on each spin and can reach up to 46656. This is due to the fact that on each spin, a random number of symbols can land on the playing field (from 3 to 24), all other positions will be covered. When you get a win from the symbols present on the playing field, they are removed, while exploding adjacent blocks located horizontally and vertically. This in turn leads to a large number of winning ways.

If you manage to unlock all the blocks on the playing field, you will get access to the bonus wheel. With the help of the bonus wheel, you will find out how many free spins are available to you (4 or 7), or maybe it will be one of two bonuses – Bonus Trail or Super Bonus Trail.

During free spins, bombs will appear on the playing field, and if a win is formed next to them, the bomb will explode. After that, the entire reel will be filled with fire, and then it will display the symbol with which the win was created.

Bonus Trail – is a kind of board game with various prizes. Initially, you will be given 3 moves to advance on the board. But note that the number of moves can be increased if your token lands on a space with a fuel canister. 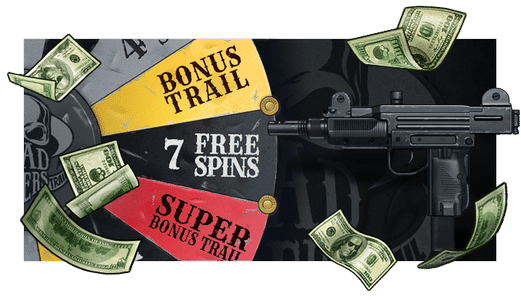 In Free Spins, a bomb is attached to some stone blocks. Any adjacent win to a bomb activates the feature. Exploding bombs will cover the entire reel and transform all symbols on that reel to the same kind. The transformed symbol will also be chosen so that it generates the largest win. Clearing all stone blocks awards +3 Spins. 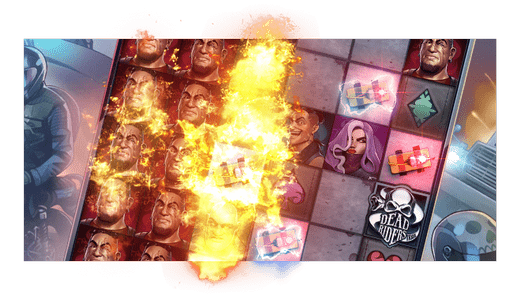 In the Bonus Trail, the player pawn moves 1–6 steps every turn. The Player will start the game with 3 fuel cans in a meter; one fuel can is removed each turn. Some tiles contain fuel cans that will fill the meter. When no more fuel is left in the meter, the Bonus Trail will end. 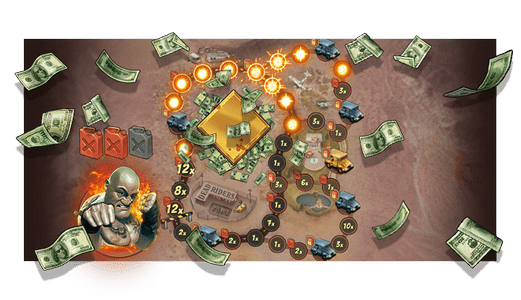 Landing on a normal tile will award a times bet win and landing on a truck will trigger a feature. Silver trucks can trigger any feature, but in golden trucks only persistent features and the Collect All feature can be won. 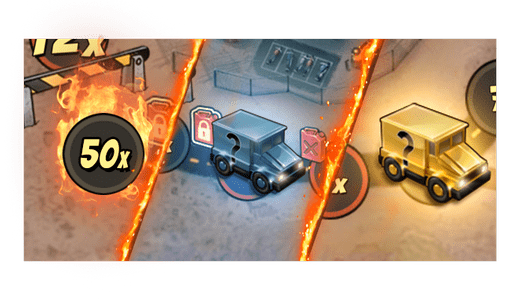 Completing a lap will add +3x to all normal tiles and a fuel can is added to the meter. 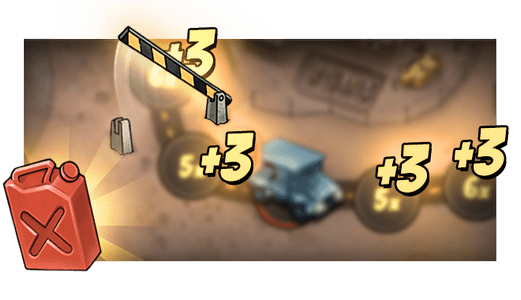 If the sum of all wins in the Bonus Trail or Super Bonus Trail exceeds 50000x, the player is awarded 50000x bet for the bonus! 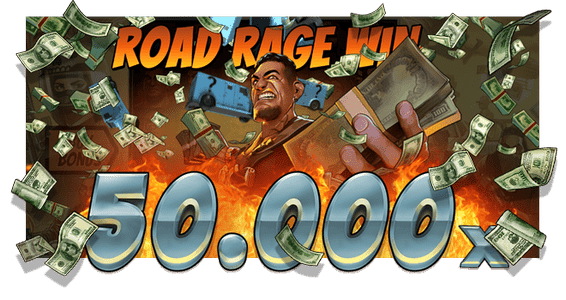 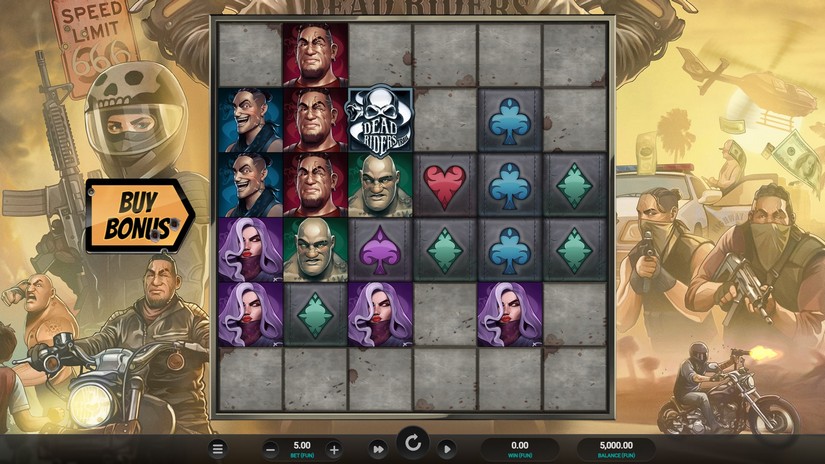 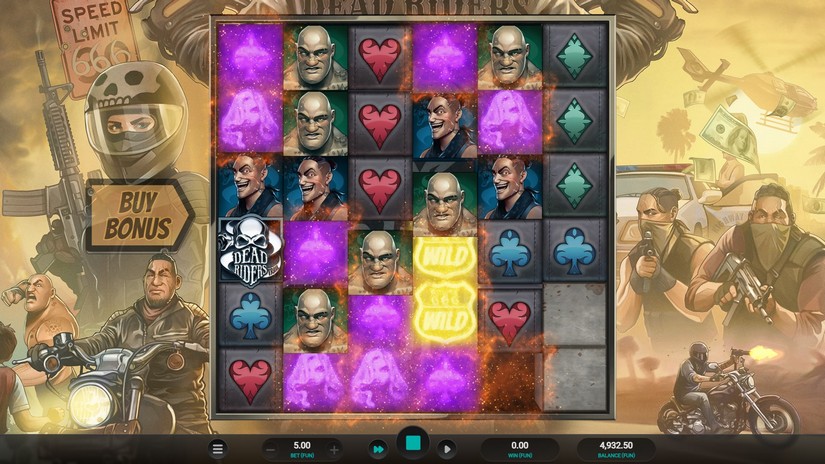 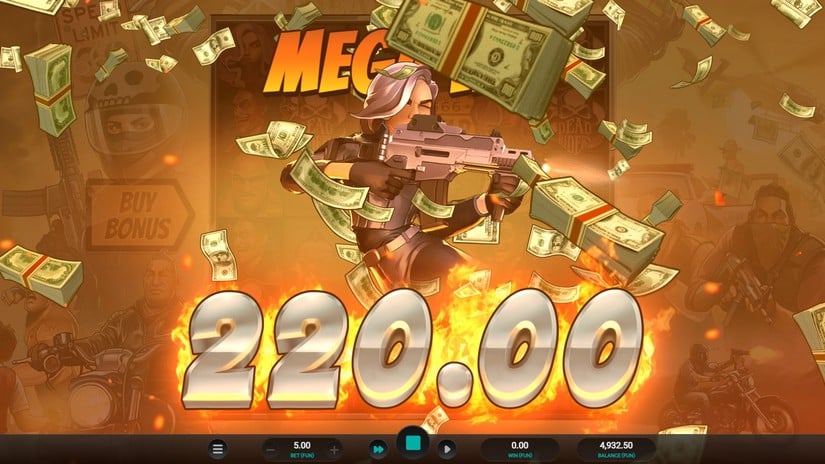 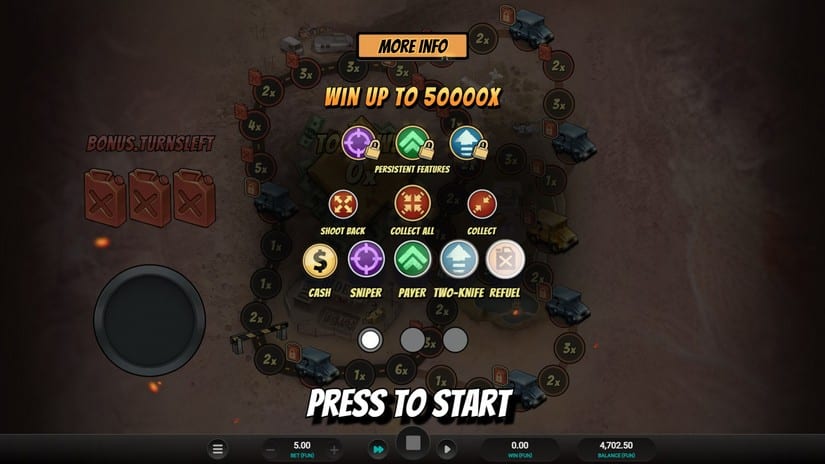 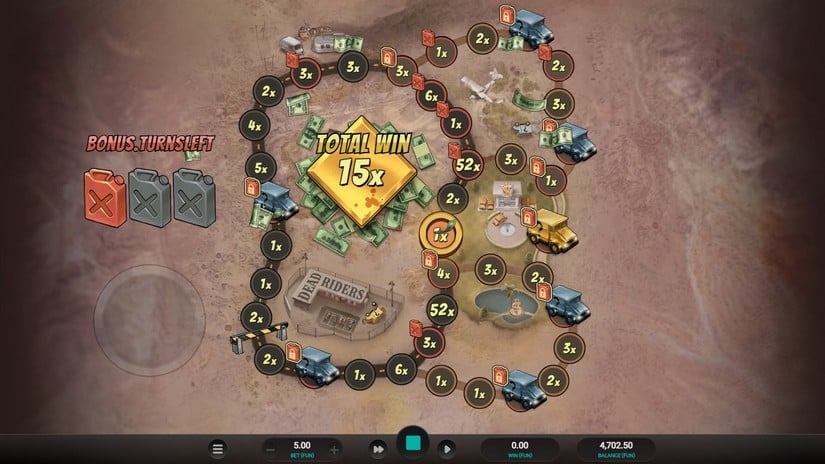 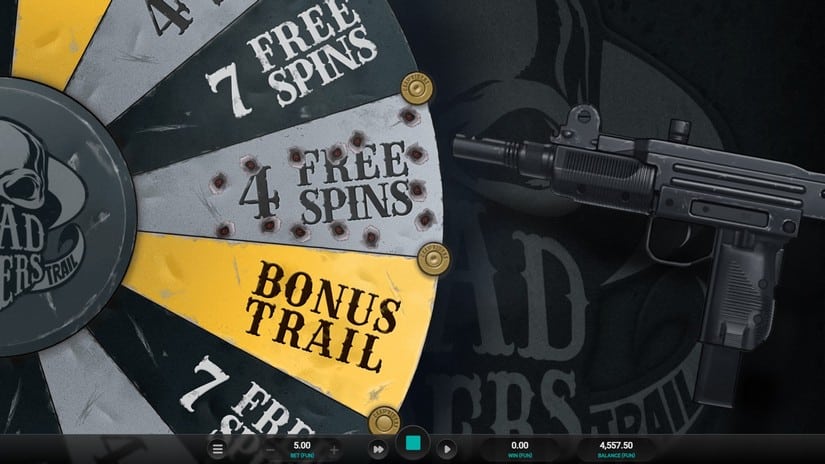 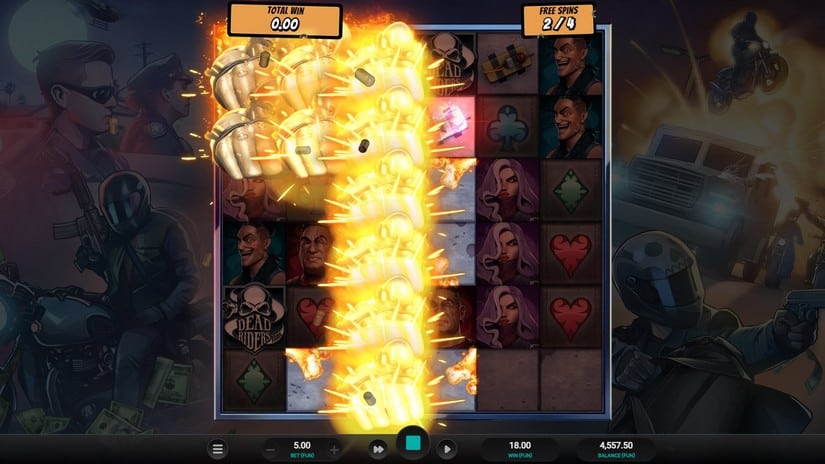 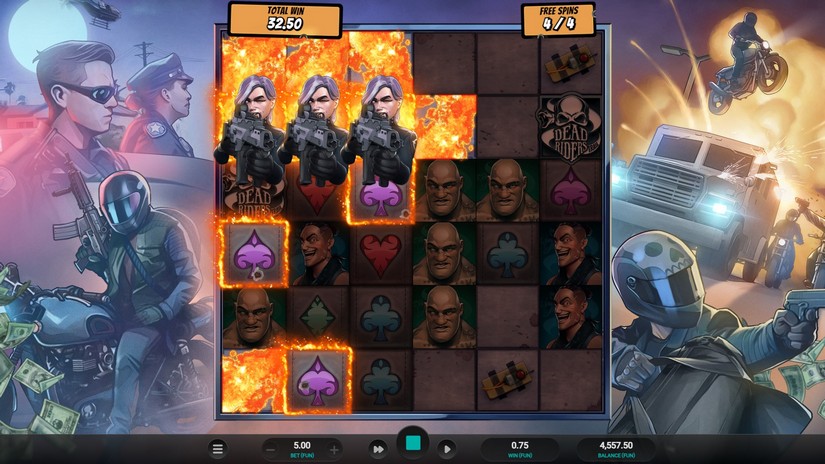 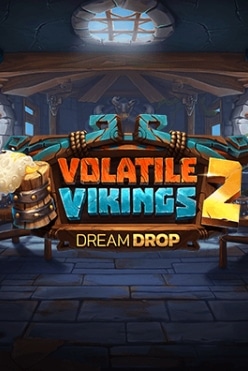 Curse of the Mummies
Relax Gaming