For the provider of this caliber Multifly is a great slot that’s made it to the lobbies of numerous casinos. Multifly was launched on 24.03.2020 offering exciting gameplay and premium visuals. You can play free Multifly test mode on Clash of Slots as a visitor with no registration required.

Check out the game metrics to decide if that’s the best option for you. Multifly offers 96.30% return, High volatility and x10513 win potential, max win. With a pretty balanced math model and the possibility of the considerable swings, the game is always exciting. Overall, it delivers powerful gaming experience.

Multifly appeals to those who love gameplay that has both traditional and unique elements to it. If no bonus gets activated, the base mode is still entertaining but once wilds, scatters or other special symbols or features show up on the screen, it gets to the whole new level.

When playing the Multifly slot from the developers of Yggdrasil Gaming, you have to go to the jungle and meet a variety of inhabitants. Lizards are among the constant inhabitants of the jungle, and despite the fact that they are usually quite rare in slots, the developers of Yggdrasil made them the main characters, and these are the lizards that will help you on your way to big wins.

Technically, the Multifly slot is equipped with a 5×3 panel and 243 ways to generate your winnings. Winnings are paid for three to five identical symbols on adjacent reels only from left to right. You can play the Multifly slot on all compatible devices by choosing a bet from 0.10 to 75 euros per spin.

When it comes to wins, it’s worth mentioning that the max win with the top symbol (parrot) only offers the 4x bet. However, taking into account the fact that there are 243 ways of generating winnings in the Multifly slot, as well as multipliers, the winning potential will become much higher. As a result, the maximum payout that you can get playing the Multifly slot will exceed your bet 10000 times. Multifly has high volatility and an RTP of 96.30%.

Special Symbols of the Multifly Slot

Bonus Features of the Multifly Slot

The Dropdown feature is activated every time you get a winning combination. After that, you will see how the symbols participating in the formation of the win are removed from the panel, and new ones fall in their place. As well, with each win, the wild symbol is added to one of the winning positions, and this continues until new winnings are generated.

The Reel Multipliers feature can be activated when a wild is added to the field. This happens regardless of whether the wild is added randomly when spinning or using the Dropdown feature. Each reel has its own multiplier, which starts with x1. When a wild symbol appears, the multiplier above that reel is increased by one. Thanks to the Dropdown feature, multipliers can be increased over multiple reels and will be applied one after the other to the winnings. During the main game, the multipliers are reset to x1 with each new spin.

The Free Spins feature is activated when a scatter symbol (lizard) appears on the 2nd, 3d, and 4th reels. After that, you are given 10 free spins with all the features that were in effect when it was launched. A nice addition is that the multipliers are not reset after each spin, but continue to increase throughout the entire round.

Summing it up, it is safe to say that Multifly is a bright and colorful slot developed by Yggdrasil Gaming. While playing the Multifly slot, you will meet funny inhabitants of the jungle who will help you get good prizes. 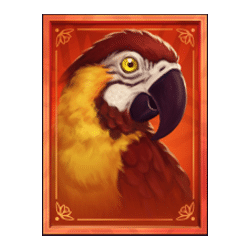 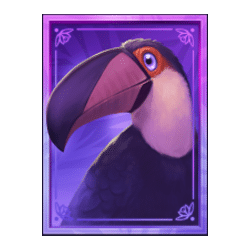 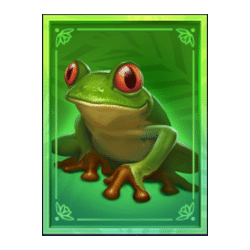 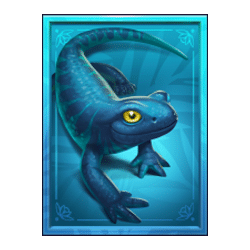 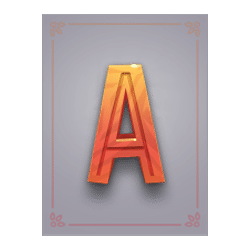 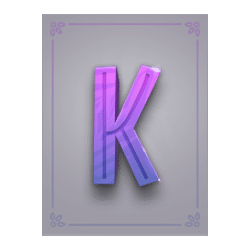 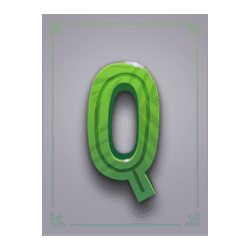 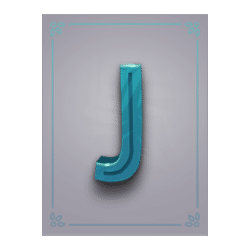 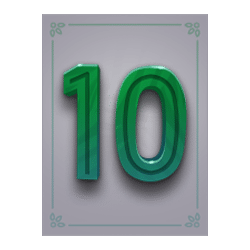 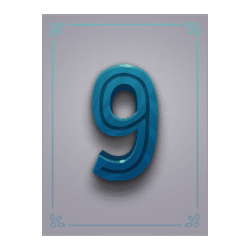 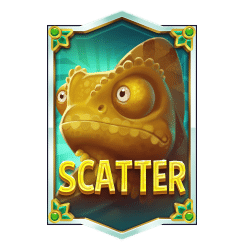 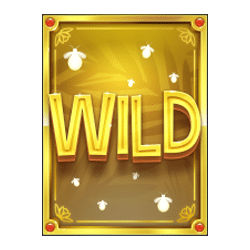 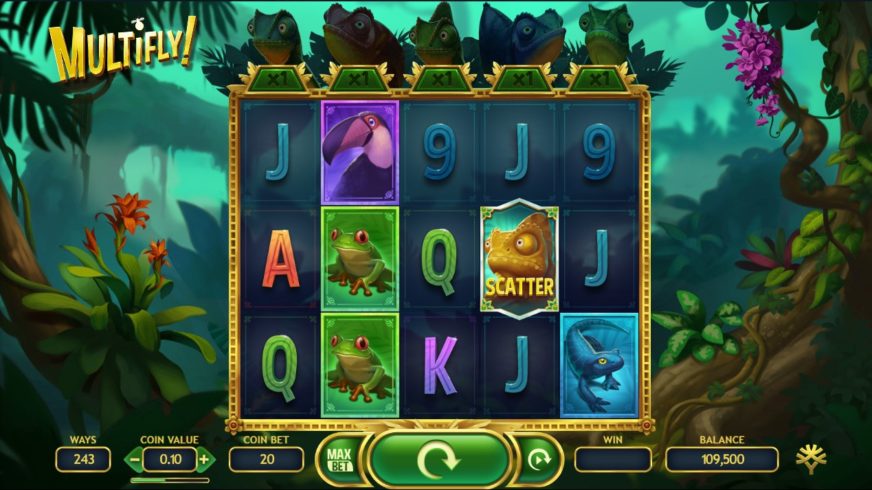 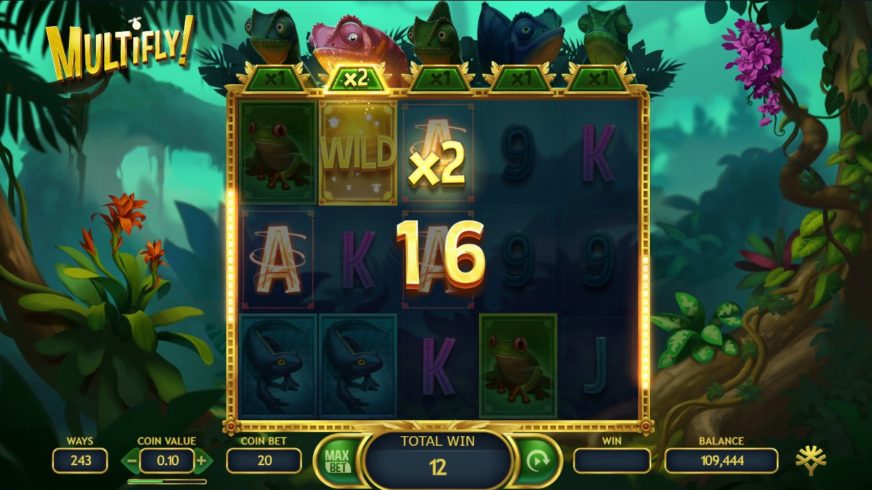 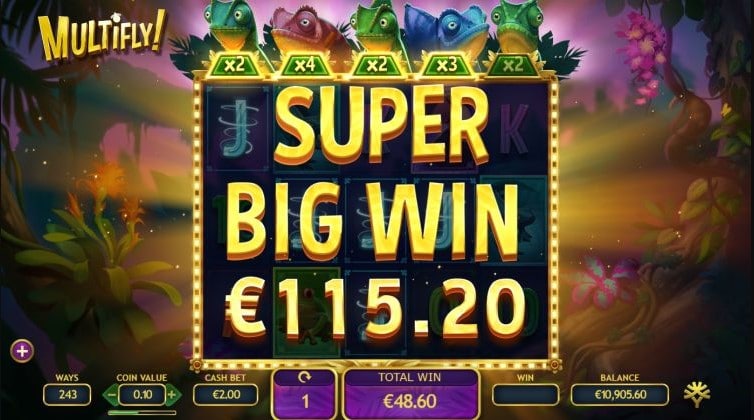 Can I play Multifly free slot?
Yes, our site is the place to try Multifly with no registration required. Any casino site partnering with Yggdrasil Gaming would also provide free access to the demo mode.
Can I win real money on Multifly slot?
Yes, registered account with a casino would be the only option to enjoy real money Multifly and hit real winnings.
What is the best place to play Multifly?
When it comes to test mode any trusted casino or casino related site such as clashofslots.com would be fine. Once real money gets invested licensed operator with solid reputation and top tier services must be selected. Best casino would vary depending on one`s personal requirements.
Can I play Multifly slot on mobile phone?
Yes, this game is mobile friendly and can be loaded on any device.
How to win playing Multifly?
This is a licensed game that generates random results, and all you need is a good fortune. Look through the paytable to find out how and how much you can win.