Pumpkin Smash is the title developed by well known studio Yggdrasil Gaming. Released on 24.10.2017 it became a hit among players for its exciting engine and high-quality artwork. This review describes all of its main characteristics that along with free test mode available on our site give a great idea of experience you’ll be getting.

In the Pumpkin Smash slot, you will have the opportunity to attend a Mexican festival held in the honor of the Day of the Dead. The design of the slot is quite mystical; the game takes place in the cemetery surrounded by frightening skulls. In order to get a win, you just need to collect three identical images on the active line, starting from the left column.

The new slot has 5 reels and 20 lines to form combinations. The symbols used in the slot are designed in the appropriate style. You will find the following on the reels: four card suits and four sugar skulls, mandatory attributes of the Day of the Dead. The Wild symbol (an image with an identical inscription) replaces the usual symbols in the slot; the bones symbol (a glowing pumpkin) starts the bonus round.

The Pumpkin Smash bonus game is activated when 2 images with a pumpkin appear on the reels; two pumpkins will appear in front of you on the secondary screen. You need to click on each of them in turn. After you click on them, they will explode, and you will see the prize hidden behind them. These can be cash prizes, as well as free spins with the x7 multiplier. 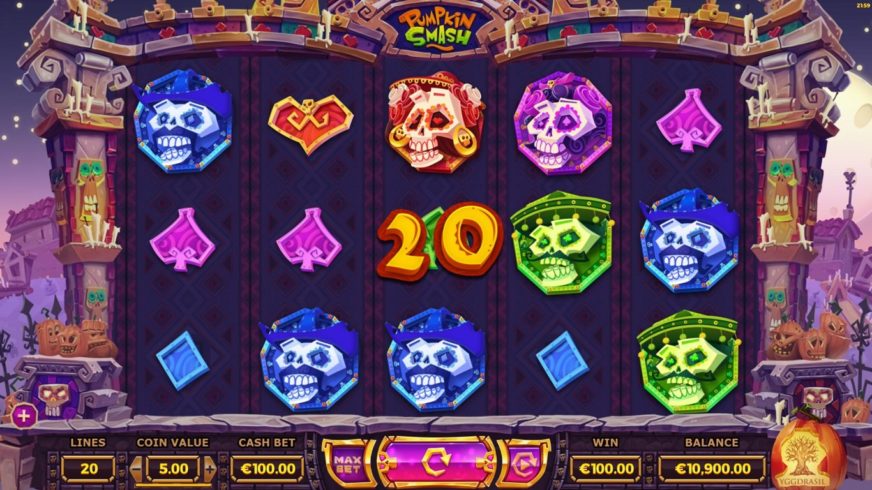 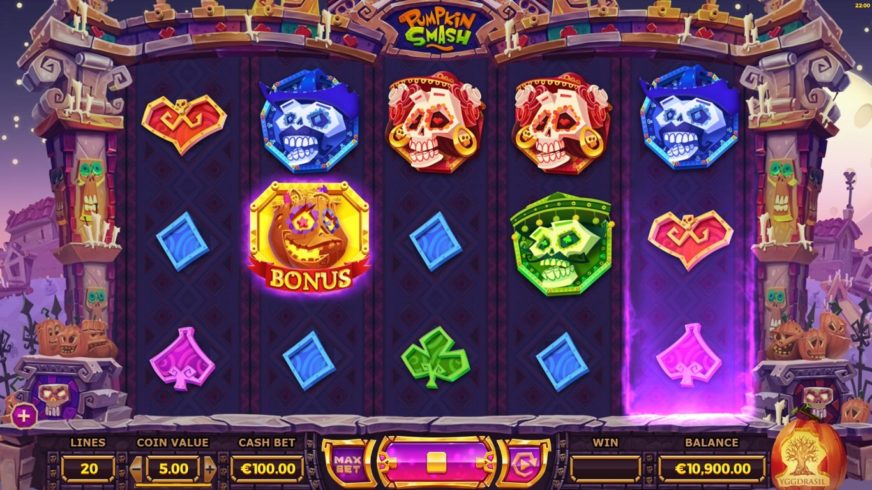 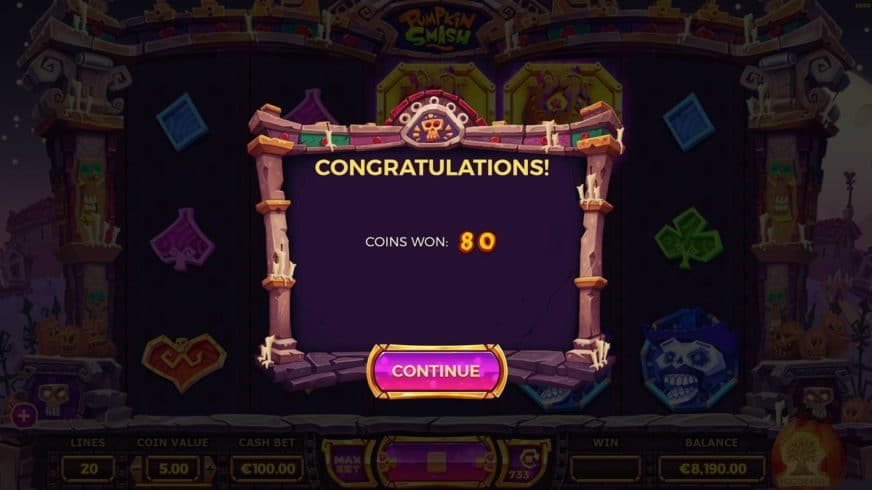 Can I play Pumpkin Smash for free?
Yes, our site is the place to try Pumpkin Smash with no sign up required. Any gambling site partnering with Yggdrasil Gaming would also provide free access to the test mode.
Can I win real money on Pumpkin Smash slot?
Yes, registered account with a casino would be the only option to enjoy real money Pumpkin Smash and land real winnings.
What is the best place to play Pumpkin Smash?
When it comes to free play any trusted casino or casino related site such as clashofslots.com would be fine. Once real cash gets involved legitimate operator with solid reputation and top tier services must be selected. Best choice would vary depending on one`s personal requirements.
Can I play Pumpkin Smash slot on mobile phone?
Yes, this game is mobile friendly and can be played on any device.
How to win playing Pumpkin Smash?
This is a licensed video slot that generates random outcomes, and all you need is a good luck. Check the paytable to find out how and how much you can win.