Yokozuna Clash is the game developed by recognized studio Yggdrasil Gaming. Released on 22.08.2019 it became popular among slot fans for its exciting engine and high-quality artwork. This review describes all of its key characteristics that along with free test mode available on Clash of Slots give a good idea of experience you’ll be getting.

Sumo is a kind of martial arts invented in Japan. The Japanese themselves refer to sumo as martial arts. By the way, Japan is the only country where sumo is treated professionally. In other countries, you can find only amateur sumo. The sense of sumo is to define the strongest person by wrestling on a round area. This type of martial arts was chosen by the Yggdrasil Gaming developers to create Yokozuna Clash, the slot we are going to talk about in our review.

The symbols appearing on the playing field consist of both card suits and represent low value symbols. The more valuable ones are dragon, lizard, tiger, and phoenix. The last symbol is the most profitable and for a combination of five such symbols, you will get the wining that is 12 times higher than your bet. The Wild is an image with a characteristic inscription. It replaces all symbols in the game, except for the scatter.

In the base game there are two features related to sumo wrestlers that can be randomly activated.

The Yokozuna Clash comes with Tournament Free Spins that start when scatter symbols appear on the first and fifth reels at the same time. Before the start of the battle, one of the Riku or Haru wrestlers will be selected. He will continue to fight against a randomly chosen opponent from the first round. Please note that all wrestlers have their own unique abilities:

Winning from left to right will make the wrestler attack the opponent and move to the right. However, if you get a winning combination from right to left, the opponent will attack you. If the counter located under the ring turns red, you have lost, but if it turns blue, you will go to the next opponent.

Summing it up, it is possible to say that Yokozuna Clash is an unusual and high-quality slot from Yggdrasil Gaming that is not only interesting, but also profitable to play. 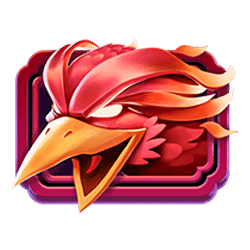 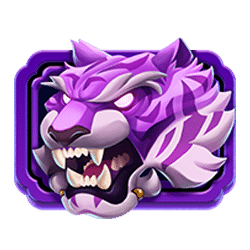 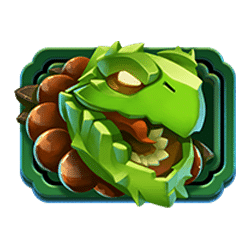 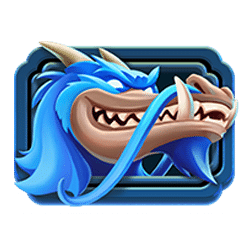 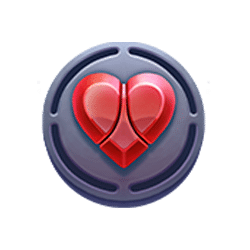 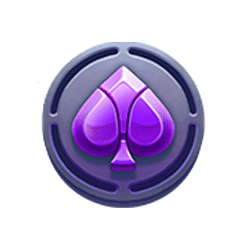 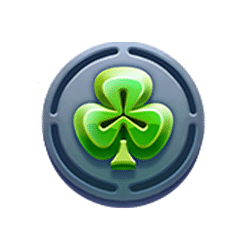 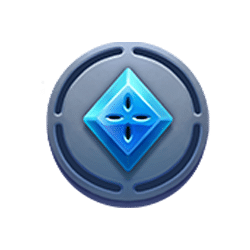 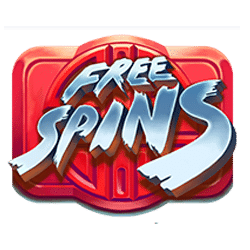 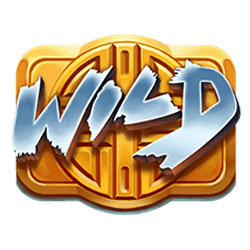 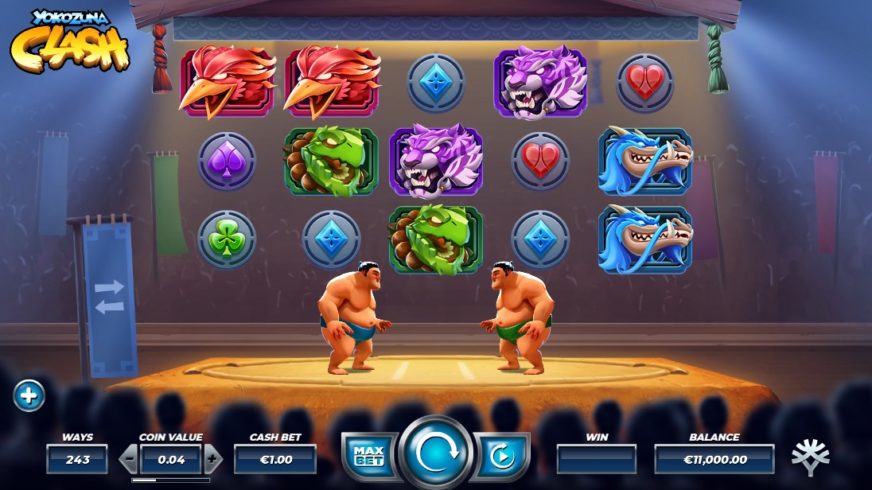 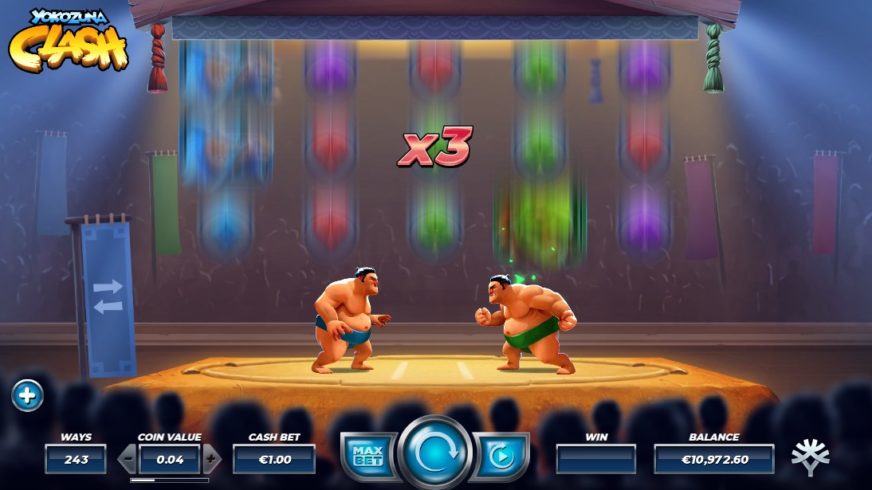 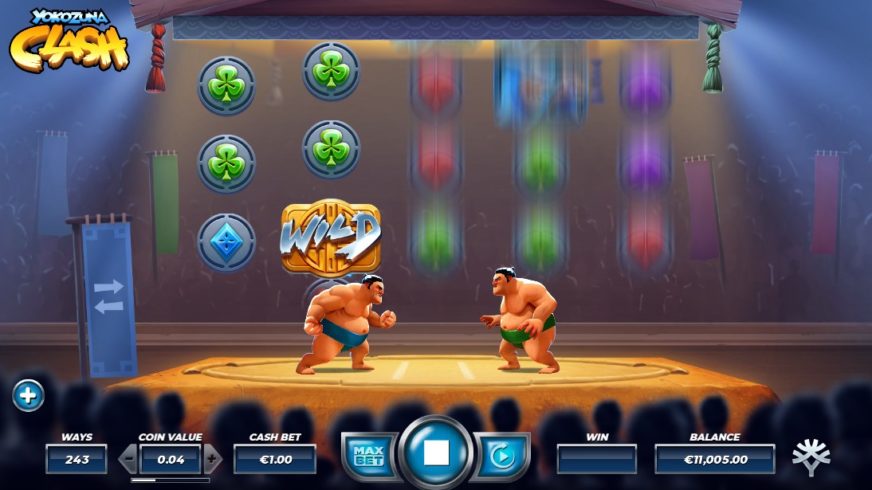 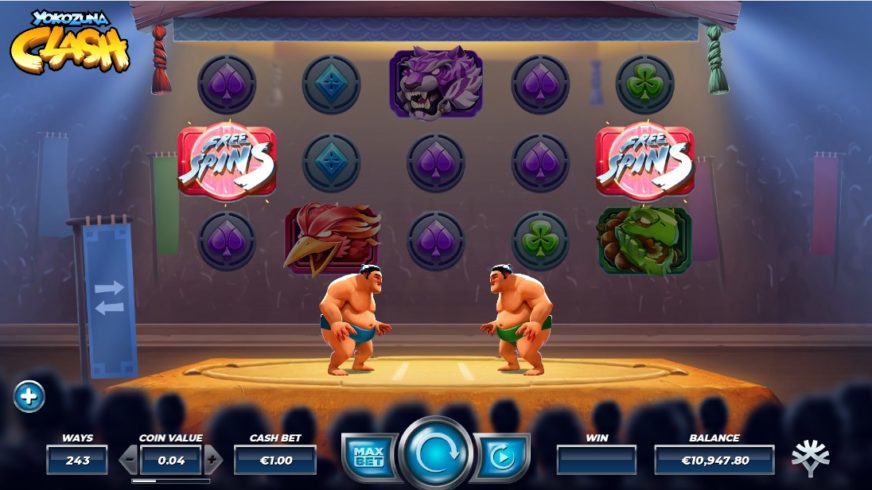 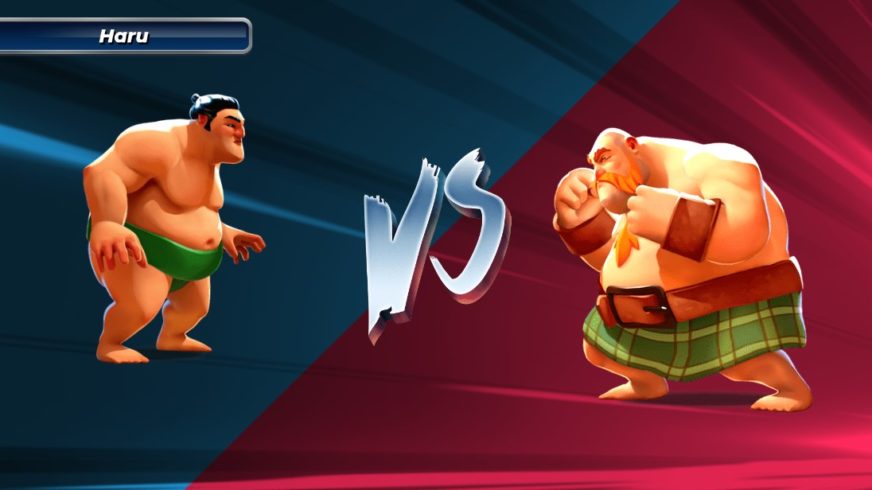 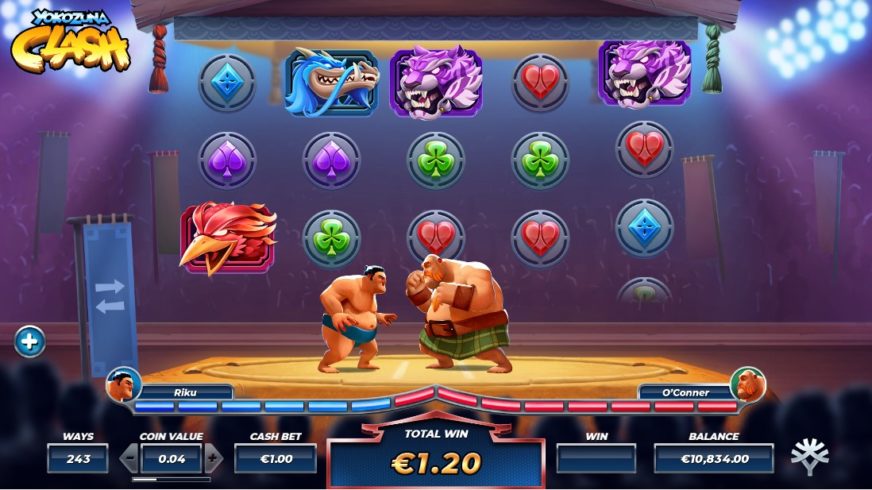 Can I play Yokozuna Clash for free?
Yes, clashofslots.com is the place to play demo Yokozuna Clash with no sign up required. Any casino site partnering with Yggdrasil Gaming would also provide free access to the test mode.
Can I win real money on Yokozuna Clash slot?
Yes, registered account with a casino operator would be the only option to play real money Yokozuna Clash and hit real winnings.
What is the best place to play Yokozuna Clash?
When it comes to test mode any trusted gambling operator or casino related site such as Clash of Slots would be fine. Once real cash gets invested licensed operator with good reputation and top tier services must be selected. Best choice would vary depending on one`s personal requirements.
Can I play Yokozuna Clash slot on mobile phone?
Yes, this game is mobile optimized and can be loaded on any device.
How to win playing Yokozuna Clash?
This is a certified online slot that generates random outcomes, and all you need is a good luck. Look through the paytable to find out how and how much you can win.
Top Yggdrasil Gaming Casinos