For the provider of this rank Gem Blast is a remarkable slot that’s made it to the lobbies of a number of operators. Gem Blast hit the market on 18.02.2021 offering exciting gameplay and superior artwork. You can enjoy free Gem Blast demo mode on our site as a visitor with no sign up required.

Check out the game metrics to see if that’s the perfect option for you. Gem Blast offers 96% return, Average dispersion and x win potential, max win. With a pretty balanced math and the possibility of the massive swings, the game is always exciting. Overall, it delivers strong gaming experience.

Gem Blast appeals to those who prefer gameplay that has both conventional and experimental elements to it. If no feature gets activated, the base game is still entertaining but as soon as wilds, scatters or other special symbols or features show up on the screen, it gets to the whole new level.

Once you launch the Gem Blast slot, you can notice that it is similar to the Starburst slot from NetEnt, and this is true. The difference is that you can increase the chance of winnings in Gem Blast when playing the risk game.

You can enjoy the mesmerizing sky with beautiful stars on any compatible device either in manual or automatic mode. Besides, the slot provides a turbo mode to make the gameplay much faster. Bets in the Gem Blast slot range from 0.10 to 100 euros per spin. The RTP in Endorphina slots is standard – 96%, and Gem Blast is no exception.

A star is the only special symbol in the Gem Blast slot. It serves as a wild symbol with expanding possibilities. This means that the star will help you win more often, because the wild can replace any other symbol in the slot.

Specifics of the Gameplay in the Gem Blast Slot

If you are familiar with the Starburst slot from NetEnt it won’t be difficult to figure out the gameplay. Indeed, the main features in Gem Blast are also associated with the wild symbol (a star). This symbol can only appear on the middle reels (2, 3, 4) and replace all other symbols in the game. Besides, the wild symbol has expanding capabilities. This means that when the star lands on one or more reels, you will see how it expands and covers them completely. In addition, when the wild symbol expands, it becomes sticky and you get one respin.

During this spin, there is a chance that the wild will land on another reel, and you will get a second respin for that. Finally, it may turn out that all three central reels (2, 3, 4) will be filled with wilds, which makes it much easier to form a winning combination.

There is a risk game in Gem Blast, just like in other Endorphina games, and this is the only difference from the Starburst slot. It can help you increase any received winnings if you guess the desired card among the closed ones. If you guess right, your winnings increase, but don’t forget that if you choose wrong, you lose everything.

Overall, it can be said that Gem Blast is another analogue of the Starburst slot, with the only addition of the risk game that can help you increase any winnings. 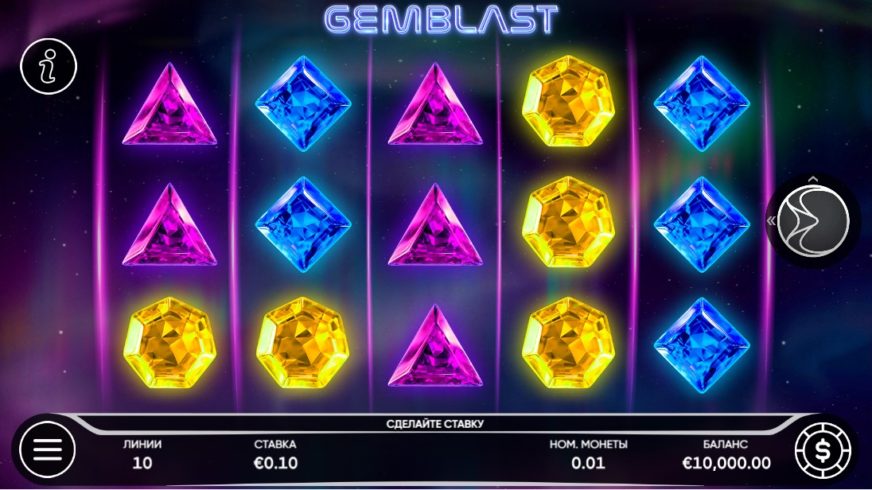 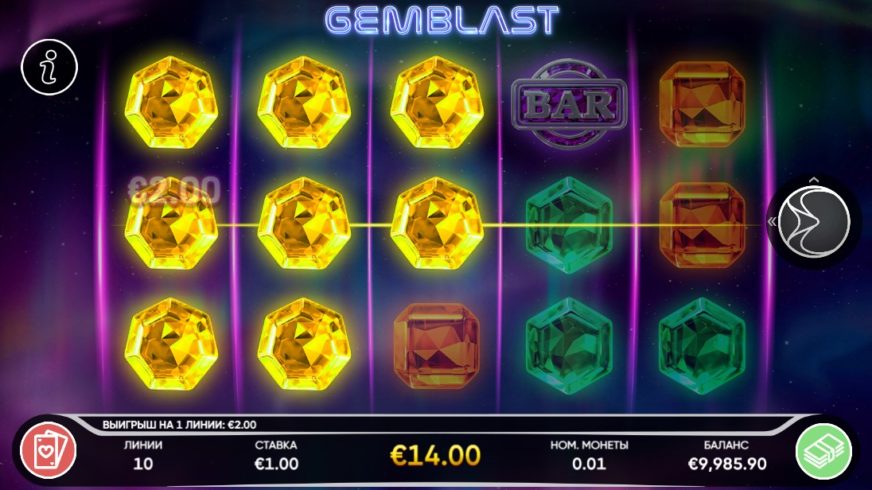 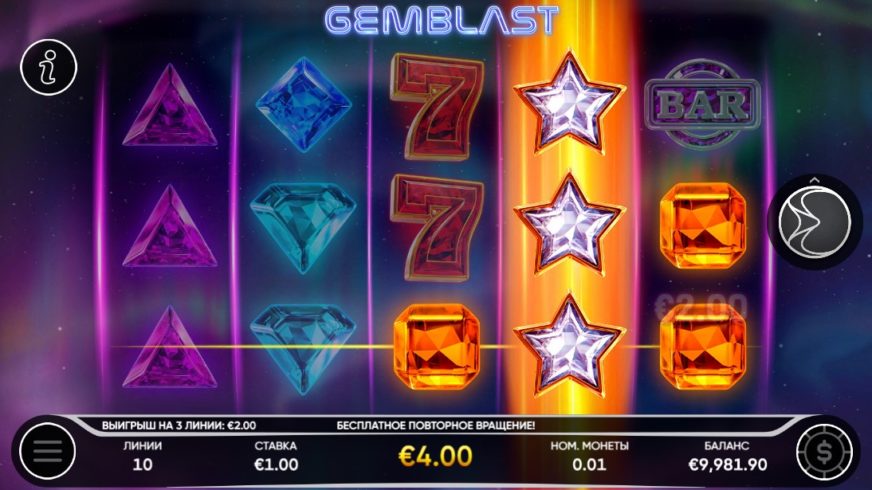 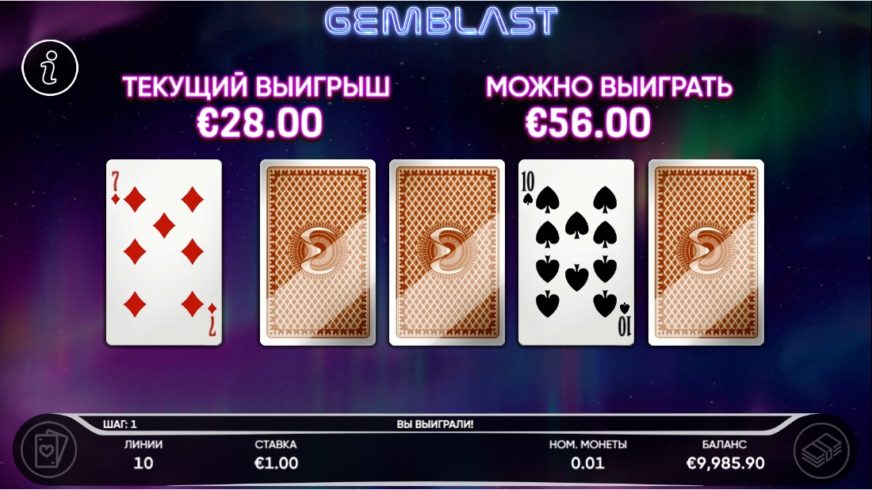 Can I play Gem Blast free slot?
Yes, Clash of Slots is the place to try Gem Blast with no registration required. Any casino site partnering with Endorphina would also provide free access to the test mode.
Can I win real money on Gem Blast slot?
Yes, registered account with a casino would be the only option to play real money Gem Blast and hit real winnings.
What is the best place to play Gem Blast?
When it comes to demo mode any trusted casino or casino related site such as clashofslots.com would be fine. Once real money gets invested licensed operator with solid reputation and excellent services must be selected. Best option would vary depending on one`s personal preferences.
Can I play Gem Blast slot on mobile phone?
Yes, this title is mobile optimized and can be loaded on any device.
How to win playing Gem Blast?
This is a certified game that generates random results, and all you need is a good luck. Check the paytable to see how and how much you can win.