Dead Mans Fingers is the title developed by well known studio Gluck Games. Released on 31.01.2022 it became a hit among gamblers for its thrilling engine and high-quality artwork. This review explains all of its key characteristics that along with free demo mode available on our site give a good idea of experience you’ll be getting.

Dead Mans Fingers slot has several symbols to help you get closer to your wins. The captain’s symbol is the most profitable, and can appear on the playing field of the standard 1×1 size, as well as 1×2, 1×3 and 1×4 sizes (it is not special). Wild (octopus) symbol – drops out only on reels 2, 3 and 4, it is used to replace standard symbols in the game. Symbol Collect- drops out only on the fifth reel and, in combination with chests, brings cash prizes. And the last important symbol – the scatter (compass) – launches free spins.

The Octopus is WILD! It can substitute for any symbol except Scatter, Money and Collect Symbols 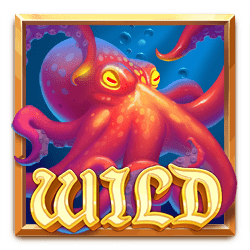 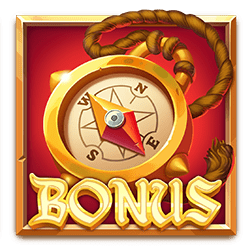 The Quickhit Money symbols will each have a value that can be collected including the Mini, Minor, Major and Grand Prizes 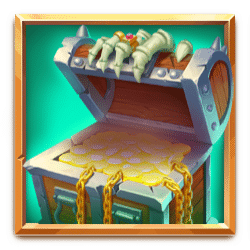 The Collect symbol appears only on reel 5 and pays all the Quickhit Money symbols in view. Combined! 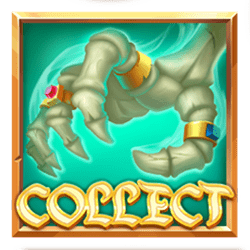 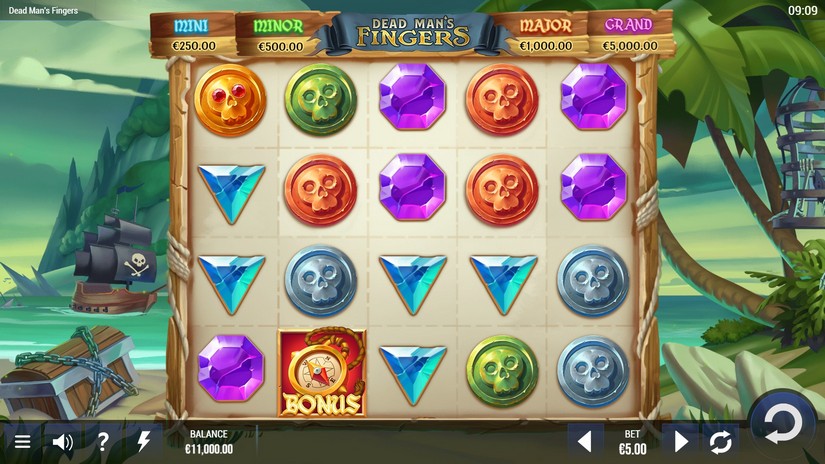 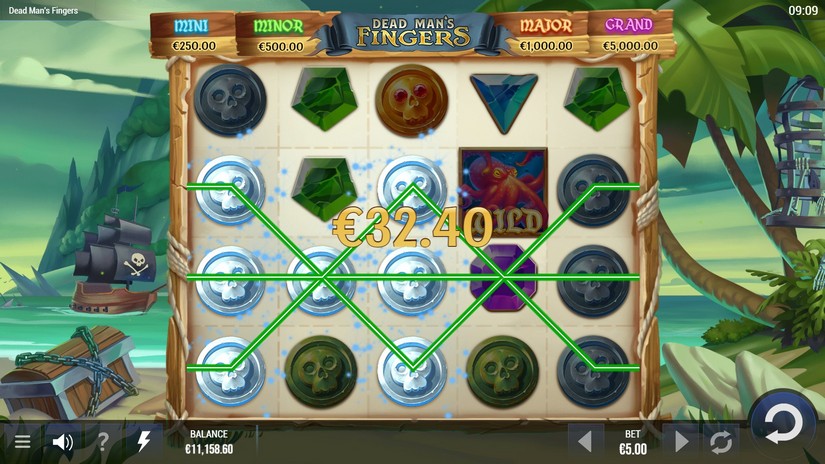 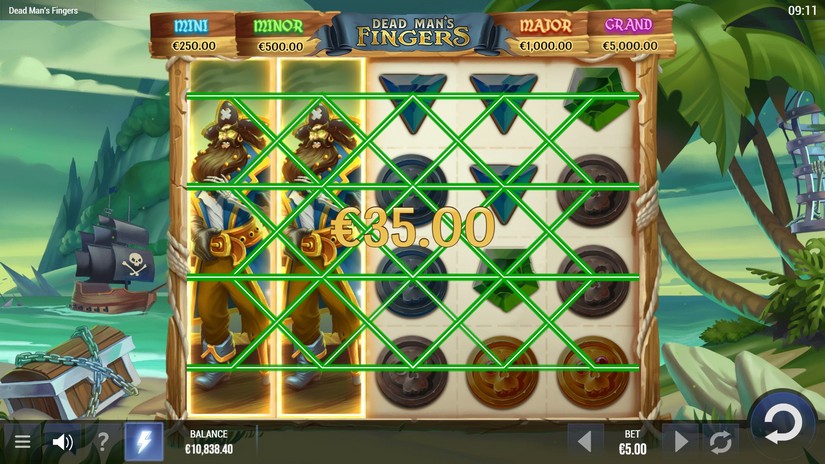 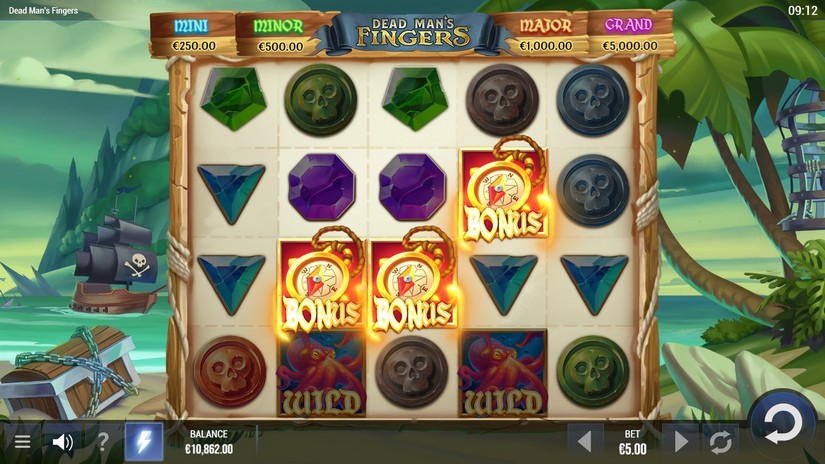 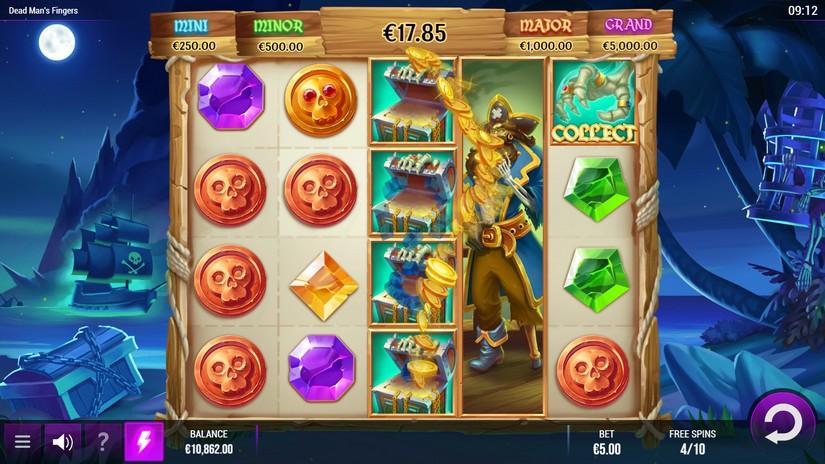 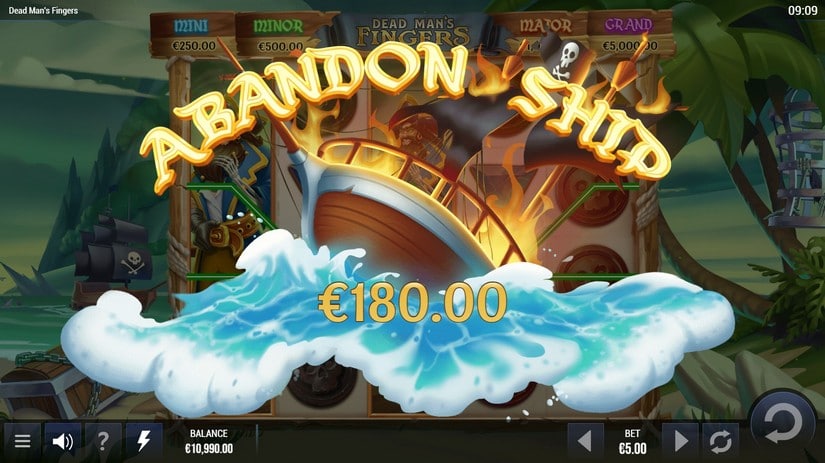