For the developer of this level Gronk’s Gems is a remarkable slot that’s made it to the lobbies of numerous casinos. Gronk’s Gems was released on 08.12.2022 offering popular gameplay and great visuals. You can enjoy free Gronk’s Gems test mode on our site as a visitor with no sign up required.

Check out the slot metrics to see if that’s the best choice for you. Gronk’s Gems offers 96.24% return, Average risk level and x7500 win potential, max win. With a pretty balanced math model and the possibility of the considerable swings, the game is always exciting. Overall, it delivers enjoyable gaming experience.

Gronk’s Gems caters to those who prefer gameplay that has both conventional and unique elements to it. When no feature gets activated, the base mode is still interesting but once wilds, scatters or other special symbols or features land on the reels, it gets to the whole new level.

They have a cave troll! Meet the beefy but friendly, gem-collecting cave troll Gronk! Gronk’s Gems is played on a 6×6 grid, has a cascading win mechanic that removes winning cluster and features a max win of 7,500x!

Symbol wins make that symbol type enter a charged state and begin to glow. Charged symbol types are also shown in the “charge bar” display above the grid. Symbols retain their charged state until the end of the current spin. 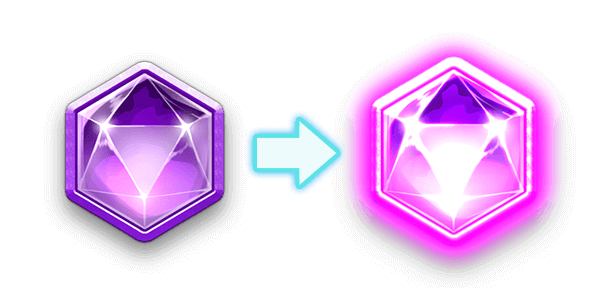 The Epic Gem scatter symbol may drop in on cascades after winning symbols are removed and will activate after the grid has settled, when no more wins or cascades occur. When the Epic Gem activates, all charged symbols on the grid are transformed into the highest paying charged symbol! 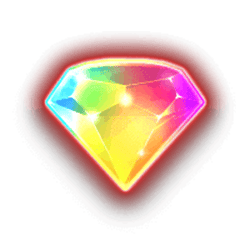 Symbols do not have a charged state during the Gem Hoarder game mode.

Land 3 Gronk’s Head scatter symbols at the same time in the base game to trigger this bonus game, which awards 10 free spins! This feature has a higher chance to land Epic Gem symbols than the base game! 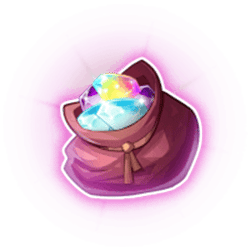 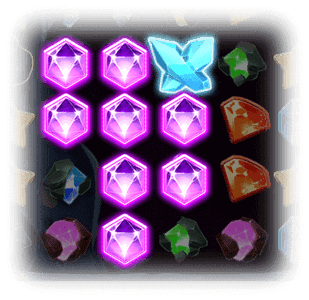 The Epic Gem does not appear in the Gem Hoarder game mode.

The X-Gem symbol counts as a wild symbol, substituting all other paying symbols, and appears only in the Gem Hoarder game mode. 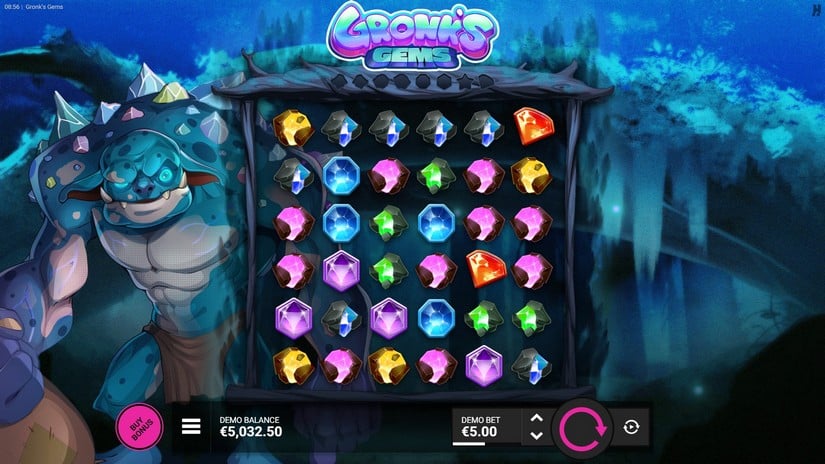 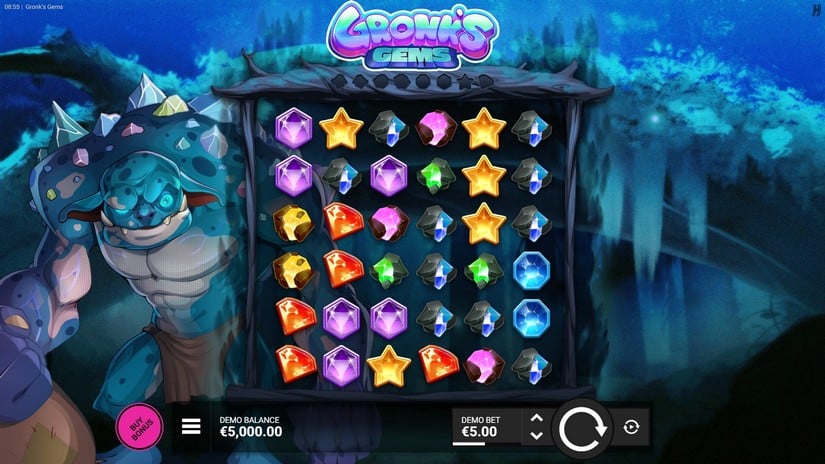 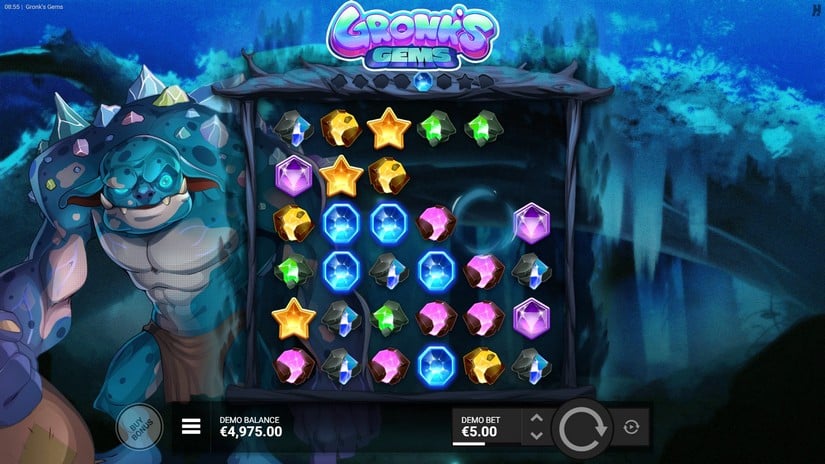 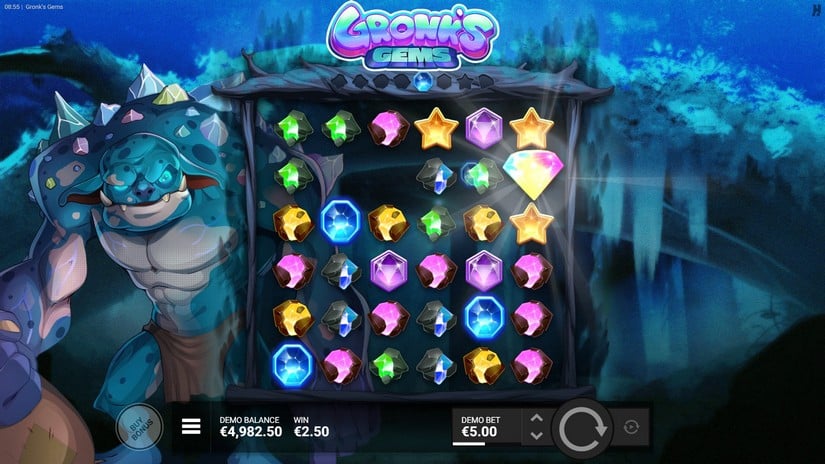 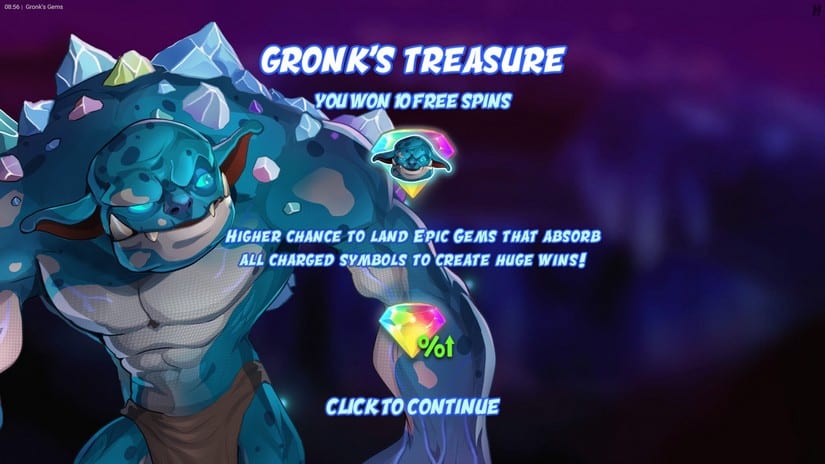 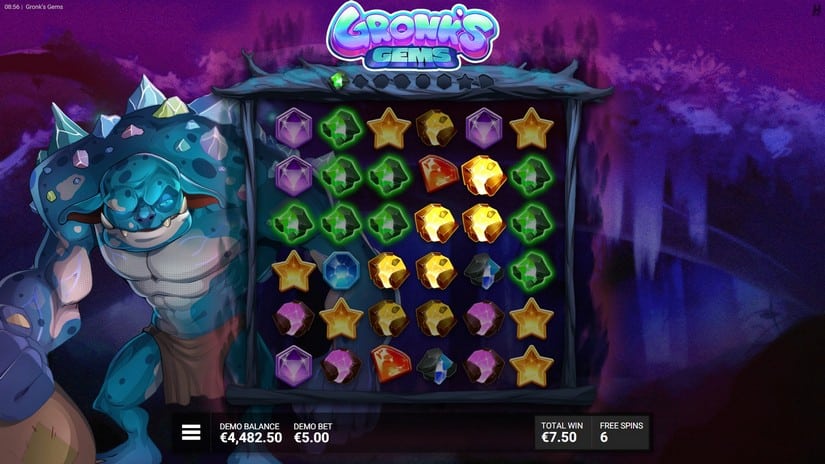 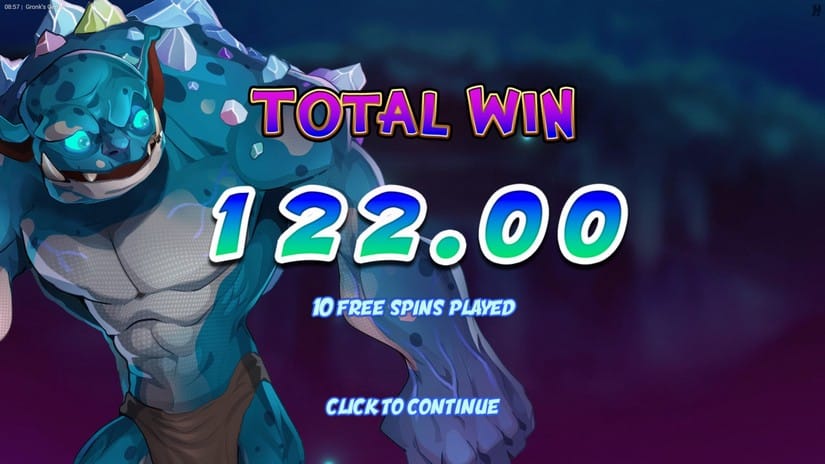 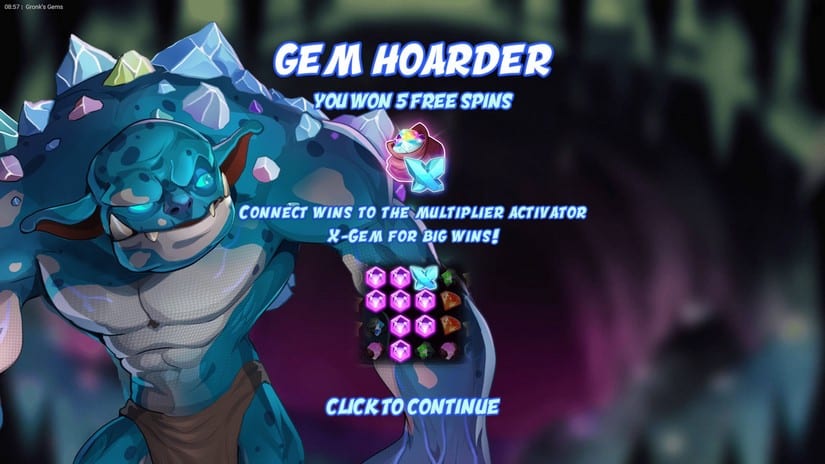 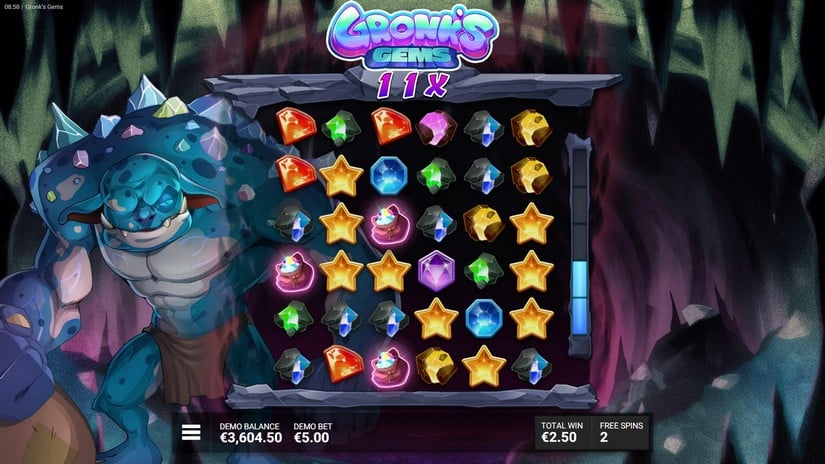 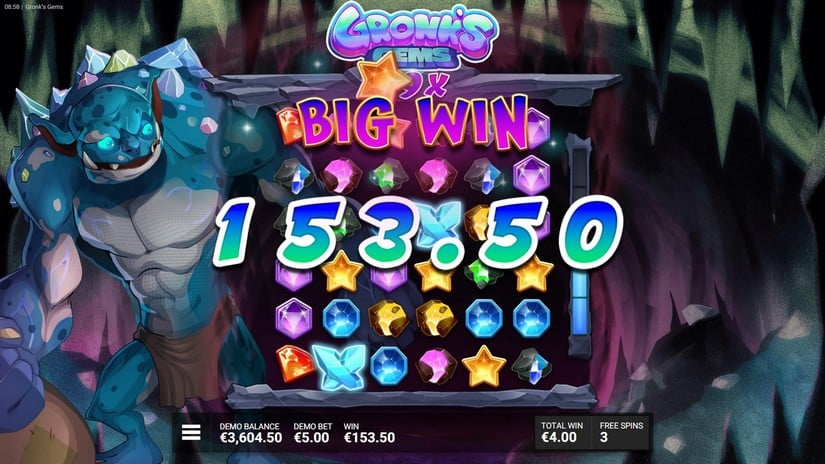 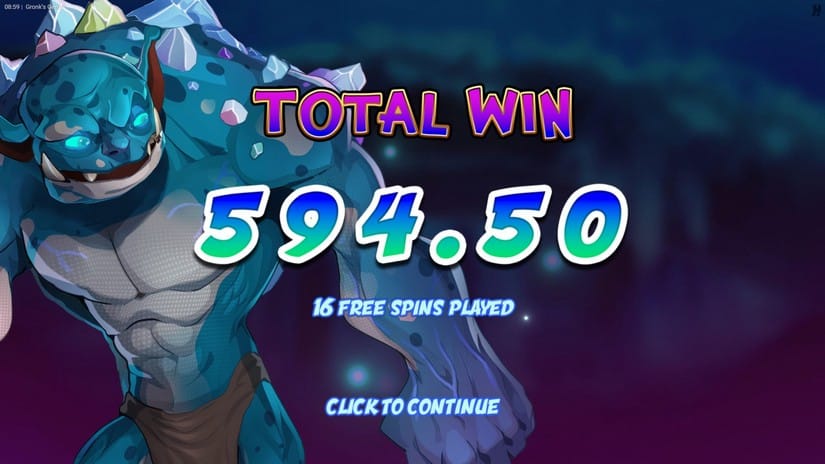 Can I play Gronk’s Gems for free?
Yes, our site is the place to test Gronk’s Gems with no sign up required. Any gambling site partnering with Hacksaw Gaming would also provide free access to the demo mode.
Can I win real money on Gronk’s Gems slot?
Yes, registered account with a casino operator would be the only option to play real money Gronk’s Gems and get real winnings.
What is the best place to play Gronk’s Gems?
When it comes to demo mode any trusted gambling operator or casino related site such as Clash of Slots would be fine. Once real cash gets invested legitimate operator with good reputation and premium services must be selected. Best choice would vary depending on one`s personal requirements.
Can I play Gronk’s Gems slot on mobile phone?
Yes, this slot machine is mobile optimized and can be played on any device.
How to win playing Gronk’s Gems?
This is a licensed title that generates random results, and all you need is a good luck. Look through the paytable to learn how and how much you can win.