Rotten will be launched on 22.12.2022, but we’ve already got some information to share with gamblers. The title is being developed by Hacksaw Gaming and once we receive any additional information about this game, we’ll complete the review. So, stay tuned for more details and keep track of the game launch countdown available here.

The world as we knew it is no more! The zombie apocalypse is here, and the only way to survive this new reality is to watch out for all the undead and stay away from the mad scientist who created them! Rotten is a 6×5 grid slot with paylines, the SwitchSpins™ mechanic, two bonus games and a max win of 10,000x! The max win can be achieved in the base game, Mad Scientist and Total Takeover game modes.

Land the Switch scatter symbol to activate SwitchSpins™. SwitchSpins™ are a special type of respins where selected symbols are replaced with either the highest paying symbol in the game or wild symbols. The feature can award 1-10 respins. Landing a new Switch symbol during the feature will add more symbols to be replaced and award additional respins. 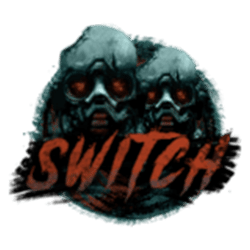 The replacing symbol and the remaining number of SwitchSpins™ in the current set is shown on the top right corner of the grid. The symbols that will be replaced are shown in the center above the grid.

Land 3 Mad Scientist scatter symbols at the same time in the base game to trigger Mad Scientist bonus game, which awards 10 free spins! 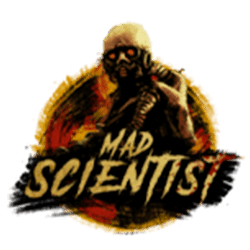 In this bonus there is a higher chance of landing the Switch symbol to trigger the SwitchSpins™ feature than the base game! Landing 3 Total Takeover scatter symbols at the same time in the feature triggers the Total Takeover bonus game at the end of the current spin and resets the number of remaining free spins to 10 spins. 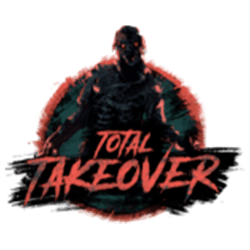 In this bonus there is a higher chance of landing the Switch symbol to trigger the SwitchSpins™ feature than the base game, and all selected symbols to be replaced are saved progressively, meaning they do not reset after each SwitchSpins™ set is completed. Collect them all to fill the screen completely with the highest paying or wild symbol! Landing 3 Total Takeover symbols at the same time in the feature awards 4 additional free spins.

The symbol payouts displayed above reflect the currently selected bet level. The theoretical payout for this game is 96.27%. The RTP was calculated by simulating 10,000,000,000 rounds. 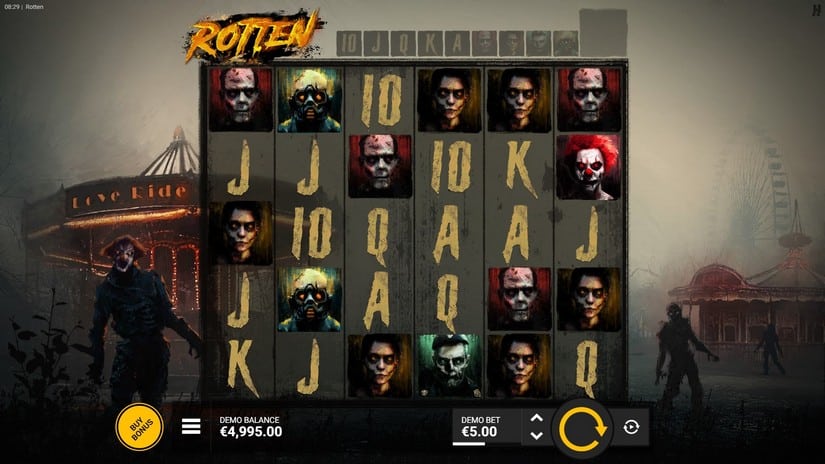 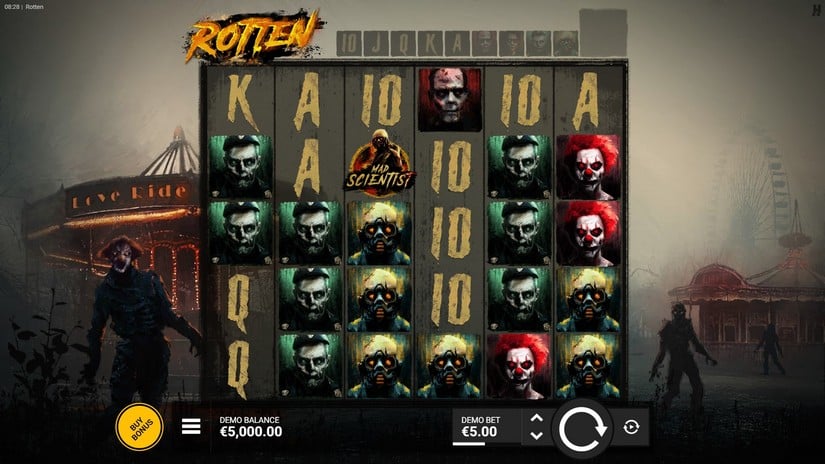 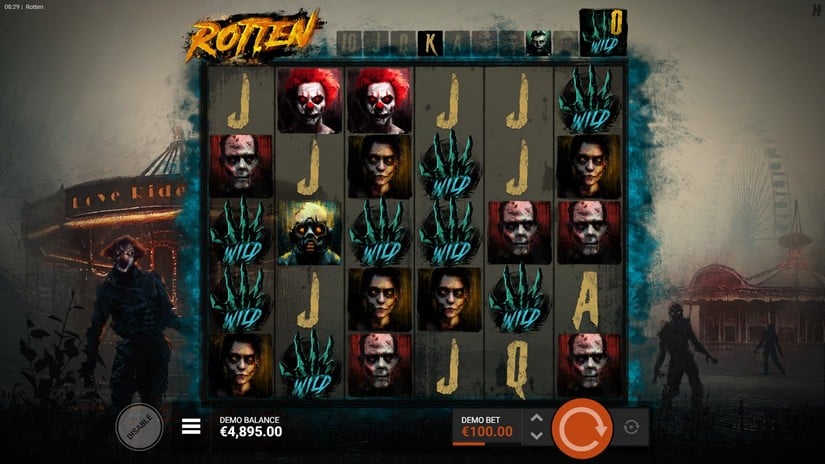 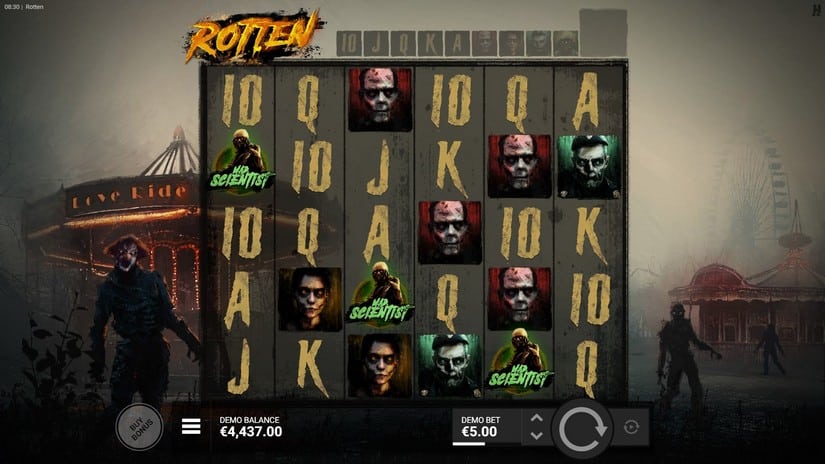 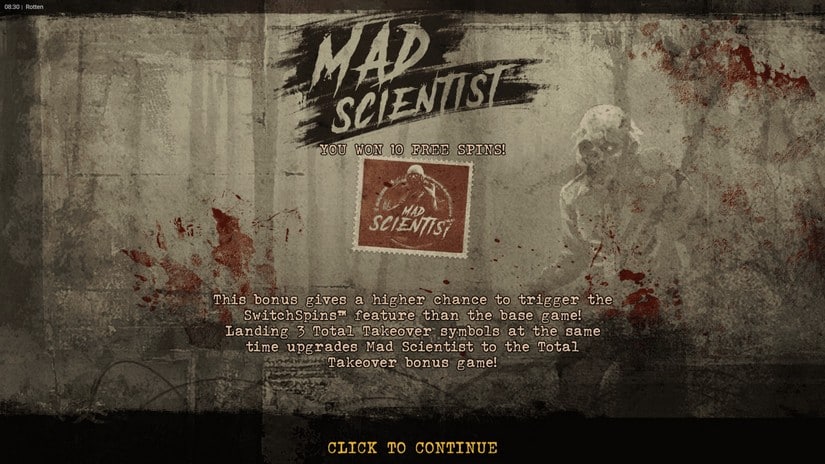 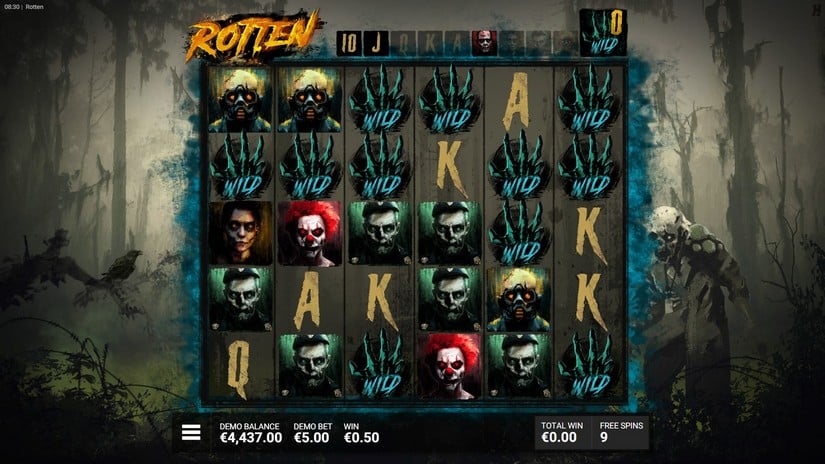 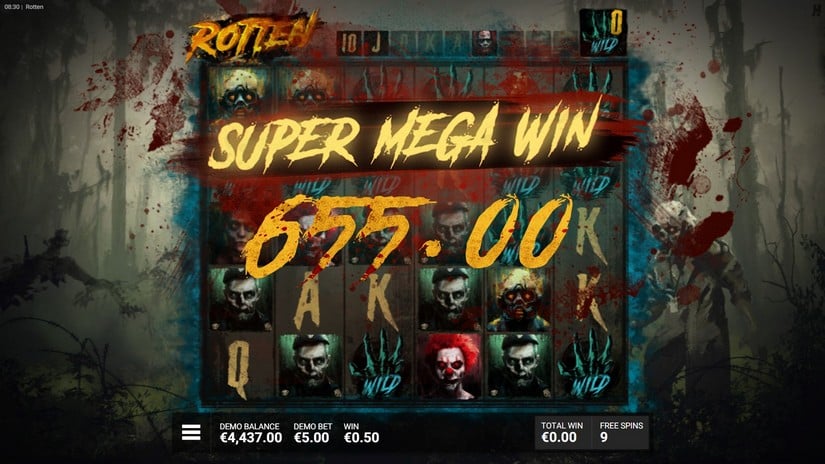 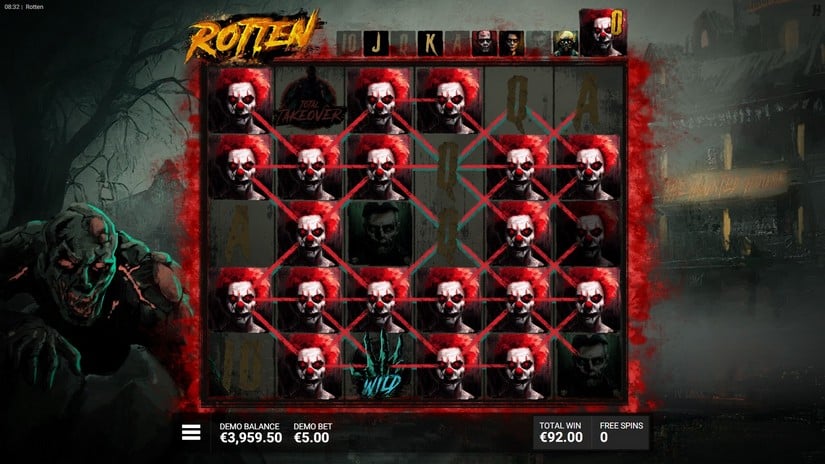 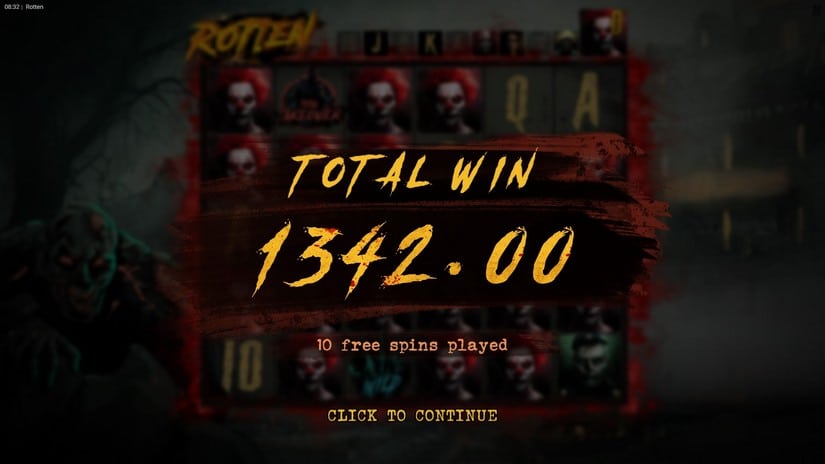 Can I play Rotten for free?
Yes, our site is the place to test Rotten with no registration required. Any gambling site partnering with Hacksaw Gaming would also provide free access to the demo mode.
Can I win real money on Rotten slot?
Yes, registered account with a gambling site would be the only option to play real money Rotten and hit real winnings.
What is the best place to play Rotten?
When it comes to test mode any trusted gambling operator or casino related site such as clashofslots.com would be fine. Once real money gets invested licensed operator with good reputation and top tier services must be selected. Best choice would vary depending on one`s personal preferences.
Can I play Rotten slot on mobile phone?
Yes, this title is mobile optimized and can be loaded on any device.
How to win playing Rotten?
This is a licensed title that generates random results, and all you need is a good luck. Check the paytable to find out how and how much you can win.