For the developer of this caliber Warrior Ways is a remarkable game that’s made it to the lobbies of a number of gambling sites. Warrior Ways was released on 29.03.2022 offering exciting gameplay and high-quality visuals. You can play free Warrior Ways demo mode on Clash of Slots as a visitor with no registration required.

Take a look at the slot metrics to see if that’s the greatest option for you. Warrior Ways offers 96.33% theoretical return, High dispersion and x10000 win potential, max win. With a quite balanced math and the possibility of the considerable swings, the game is always engaging. Overall, it provides powerful gaming experience.

Warrior Ways caters to those who appreciate gameplay that has both classic and unique elements to it. When no feature gets triggered, the base game is still interesting but once wilds, scatters or other special symbols or features land on the reels, it gets to the whole new level.

Warrior Ways is a 5×4 spinning slot with ways wins set in an alternate Japan-inspired futuristic city. This game tells the story of four different Clans, continually waging war against each other and competing for control of their city. Immerse yourself in the neon lights as you dive into the battle for control over the city’s streets and underworld. This game has different mechanics tied to its unique Duel feature to provide diverse and exciting gameplay, with wins up to 10,000 times your bet!

The four Clans in the game are the Red Clan, Blue Clan, Green Clan, and Orange Clan. Each Clan has two associated symbols, a High paying and a Low paying. High symbols are represented as Clan Warriors, Low symbols as Clan Weapons.

Each Clan has an associated Clan Banner, as indicated by the color on the Banners, which only appear in the bonus games.

The symbols for the Red Clan are:

The symbols for the Blue Clan are:

The symbols for the Green Clan are:

The symbols for the Orange Clan are:

The Duel feature is the core mechanic of the game! A Duel is triggered when a VS symbol lands directly between two Clan Warriors of opposing Clans. The VS symbol can appear only on reels 2, 3, and 4.

The VS symbol is always replaced by the winning Clan’s High symbol. The winning Clan Warrior’s Duel Multiplier will then be applied to any win on symbols belonging to that Clan. Only one Duel can occur on each spin.

The Conquest bonus starts with 10 free spins. For each CONQUEST symbol that lands while in the feature, 1 additional free spin is awarded. When a Clan loses a Duel in this feature, the corresponding Clan Banner is damaged. After a Clan Banner has been damaged twice, the Clan which it belongs to is eliminated from the feature and all of that Clan’s symbols (both High and Low) are removed from the reels for the duration of the feature. The more Clans that are eliminated, the fewer symbols will be competing on the reels, increasing the chance for big wins! When a Clan Banner is destroyed, 1 extra free spin is awarded.

The symbol payouts displayed above reflect the currently selected bet level. The theoretical payout for this game is 96.33%. The RTP was calculated by simulating 10,000,000,000 rounds. 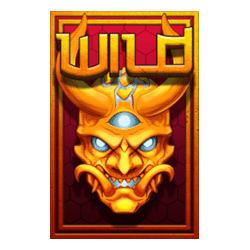 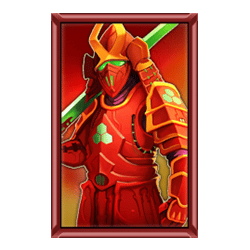 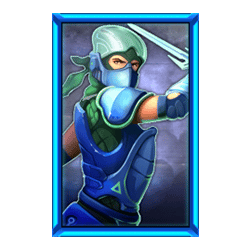 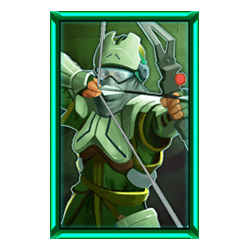 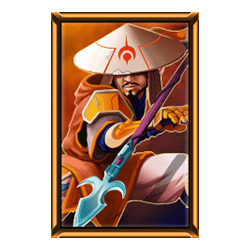 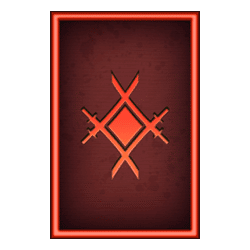 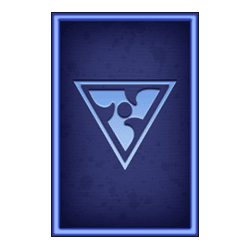 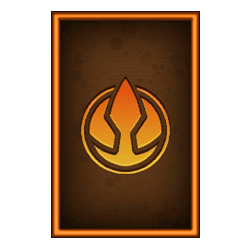 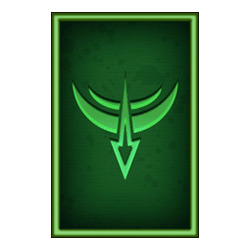 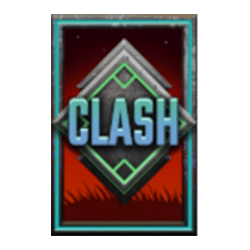 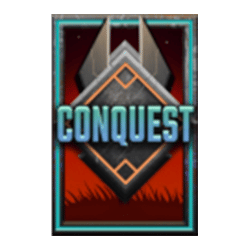 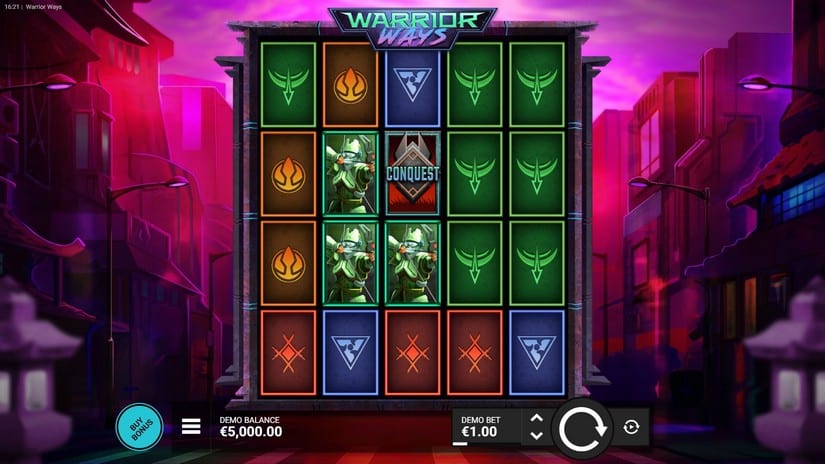 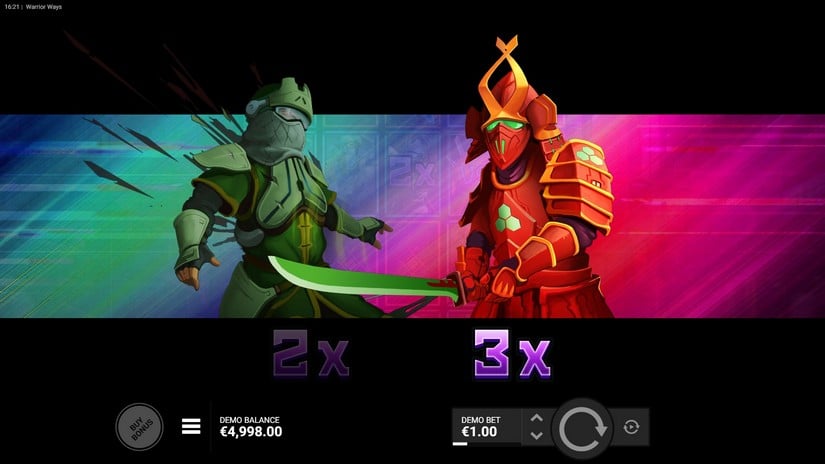 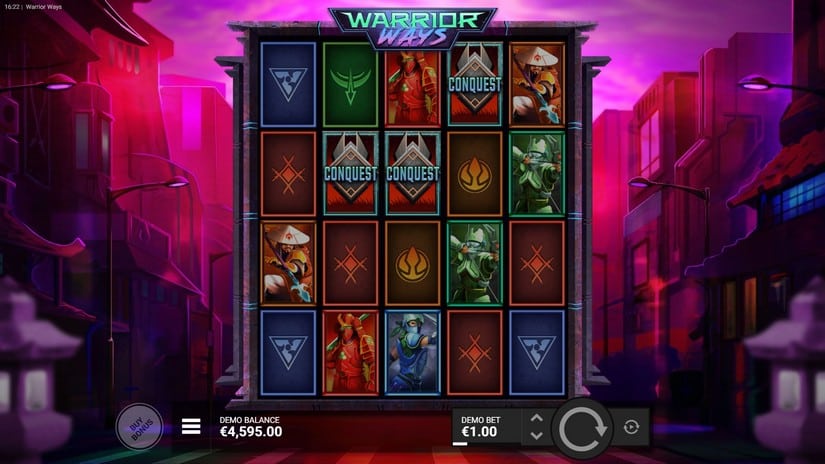 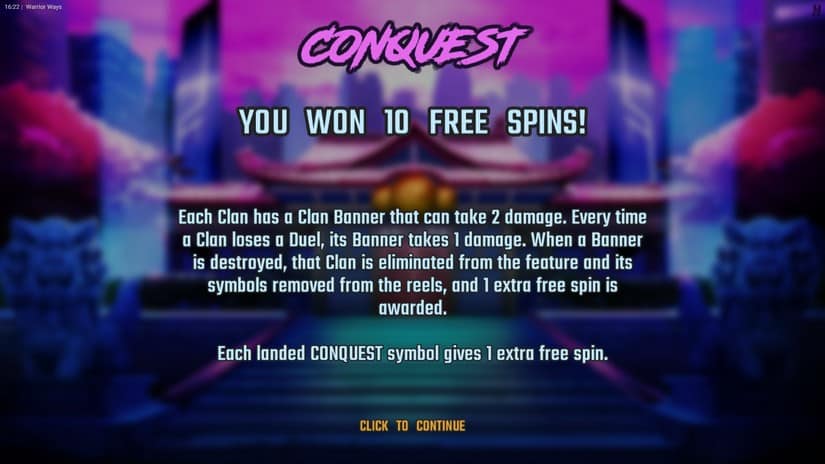 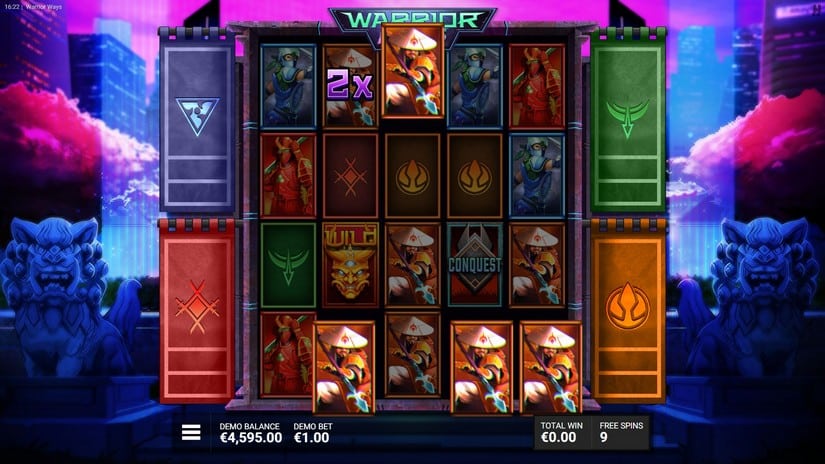 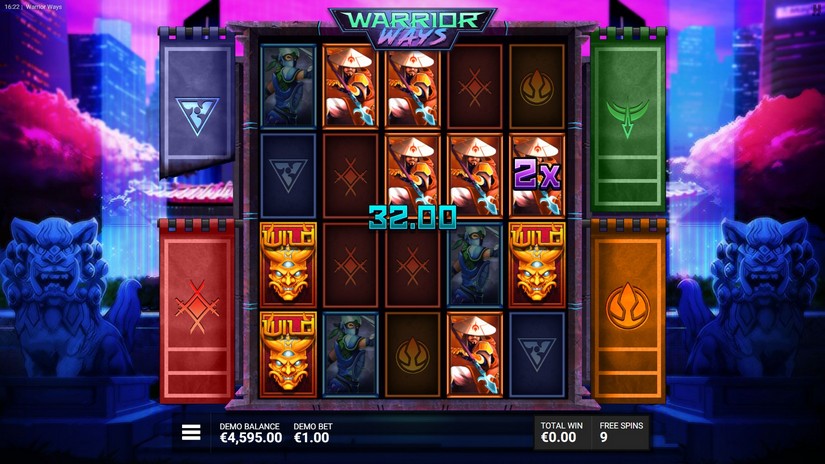 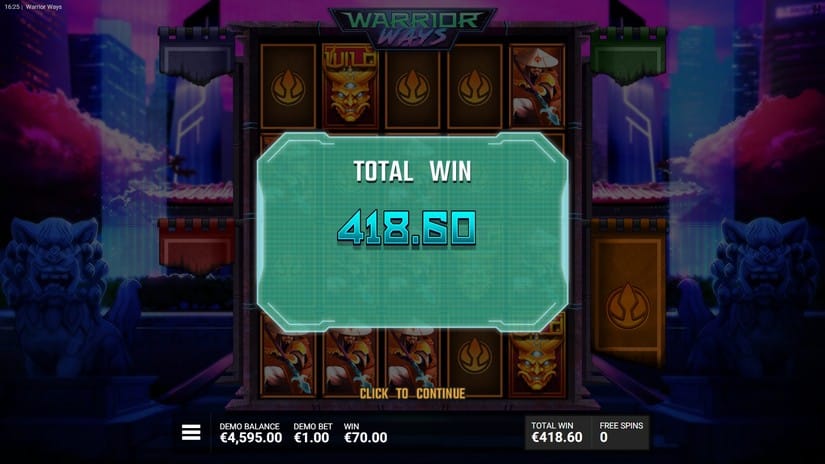 Can I play Warrior Ways for free?
Yes, Clash of Slots is the place to try Warrior Ways with no sign up required. Any casino site partnering with would also provide free access to the test mode.
Can I win real money on Warrior Ways slot?
Yes, registered account with a casino operator would be the only option to enjoy real money Warrior Ways and hit real winnings.
What is the best place to play Warrior Ways?
When it comes to demo mode any trusted casino or casino related site such as clashofslots.com would be fine. Once real money gets involved legitimate operator with solid reputation and premium services must be selected. Best choice would vary depending on one`s personal requirements.
Can I play Warrior Ways slot on mobile phone?
Yes, this title is mobile friendly and can be played on any device.
How to win playing Warrior Ways?
This is a certified online slot that generates random outcomes, and all you need is a good luck. Check the paytable to learn how and how much you can win.