Check out the game metrics to see if that’s the greatest option for you. Street Fighter II: The World Warrior offers 96.02% return, Above average volatility and x7142 win potential, max win. With a pretty balanced math and the possibility of the massive swings, the game is always engaging. Overall, it delivers powerful gaming experience.

Street Fighter II: The World Warrior appeals to those who appreciate gameplay that has both conventional and experimental elements to it. When no bonus gets activated, the base mode is still interesting but as soon as wilds, scatters or other special symbols or features land on the screen, it gets to the whole new level.

Come meet the Street Fighter 2: World Warrior slot from the NetEnt developers, which is based on the fighting game released in 1991. Thanks to the NetEnt developers, you can now go back to the 90s and prove your superiority in fighting. If you do everything right, you will not just defeat the opponent, but also earn some good prizes.

Street Fighter II: World Warrior has tons of features and gamifications that make the game feel like the original arcade version with the same graphics.

On the technical part, Street Fighter 2: World Warrior has a 5×5 playing field, where 25 symbols land on each spin, and the gameplay is based on the Cluster Pays system. You will get paid when 4 or more matching symbols are connected vertically or horizontally – when this happens, the Avalanche feature is triggered. It removes the winning clusters from the grid to replace them with new symbols.

The Street Fighter 2: World Warrior slot can be played on any compatible device in manual or automatic mode from 0.20 to 700 euros per spin. The Street Fighter slot has medium to high volatility and 96.02% to 96.08% RTP, depending on the fighter you choose for your fights.

The main gameplay consists of fights which may last for many spins. You choose one of eight characters for each fight with the opponent. Each fighter has its own game zone, as well as wild symbols that work in different ways. Each of the characters has a health scale, which decreases if a blow is struck.

Your character strikes the opponent if the winning combinations includes your fighter’s symbols.

Your character is hit if the winning combinations include the opponent’s symbols.

The units in the health scale will decrease by the corresponding number of symbols on the screen. If your player is defeated, the Car Smash bonus game starts; if it wins, the Beat the Boss game starts.

Car Smash: you have to crash a car in this game, for which you can get a win 5 to 15 times your bet. After you’ve finished destroying the car, you can choose a different fighter or stay with the same one.

Beat the Boss: the rules are the same as in the main game, i.e., you need to win in order to move to the next level. The difference is that the boss levels come with a win multiplier. The number of free spins is not set, and the bonus game continues until someone wins. There are 4 bosses in total: Balrog (multiplier x2), Vega (multiplier x3), Sagat (multiplier x5), and M.Bison (multiplier x10). If you defeat all the bosses, you get an additional reward worth x100 your bet.

Overall, it can be said that Street Fighter 2: World Warrior is actually an unusual and exciting slot, playing which you will have fun, take part in street fights, and – most importantly – earn good prizes. 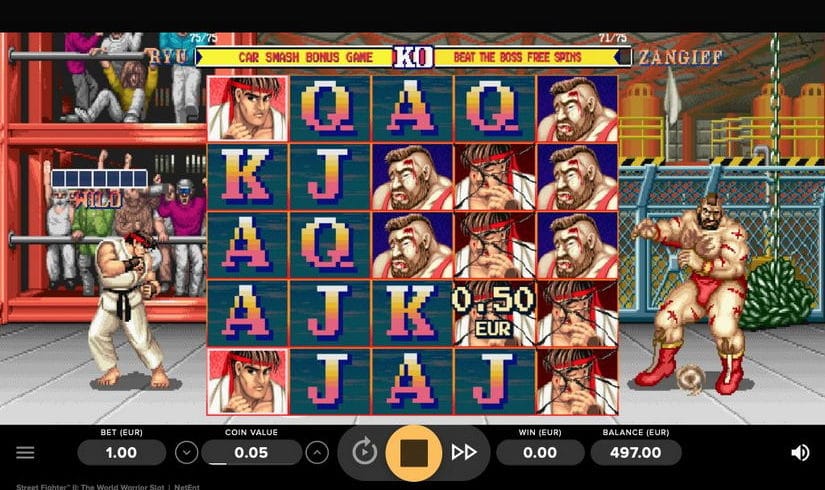 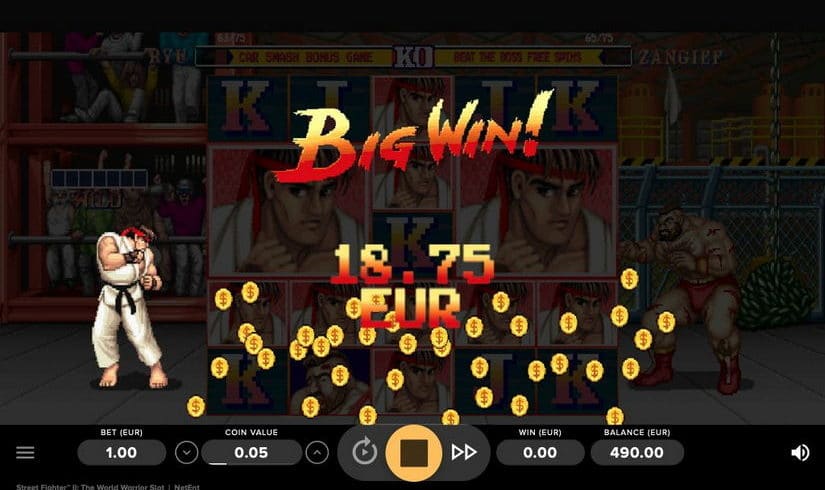 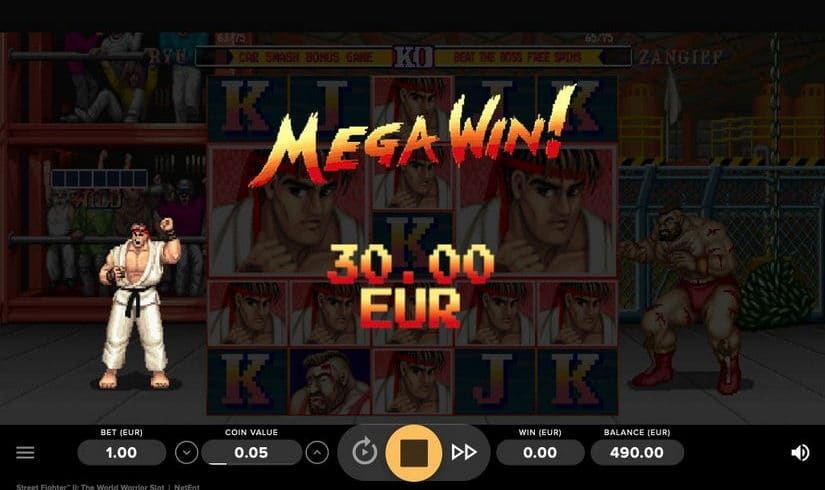 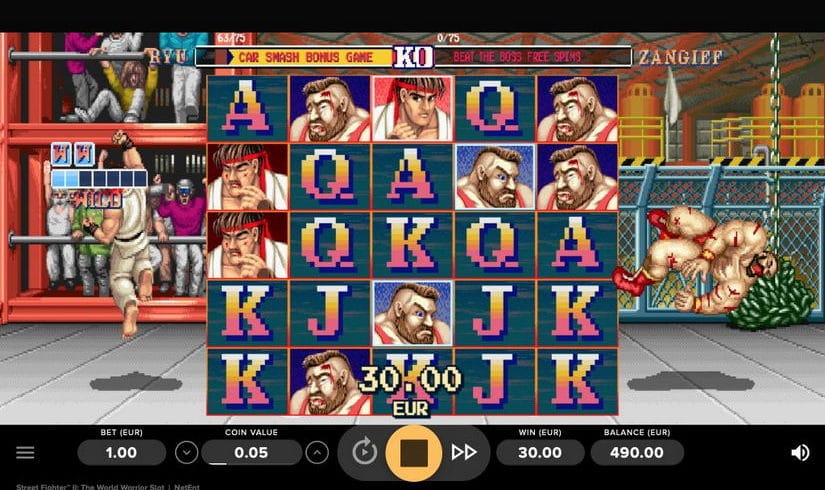