For the supplier of this caliber Super Striker is a great release that’s made it to the lobbies of a number of gambling sites. Super Striker was released on 06.05.2020 offering exciting gameplay and superior artwork. You can enjoy free Super Striker demo mode on Clash of Slots as a guest with no sign up required.

Check out the game metrics to decide if that’s the best choice for you. Super Striker offers 96.04% RTP, Above average risk level and x5000 win potential, max win. With a pretty balanced math and the possibility of the considerable swings, the game is always engaging. Overall, it provides powerful gaming experience.

Super Striker appeals to those who love gameplay that has both conventional and unique elements to it. When no bonus gets activated, the base mode is still interesting but as soon as wilds, scatters or other special symbols or features appear on the reels, it gets to the whole new level.

The Super Striker slot with football theme and classic setting will attract fans of this sport. So, it’s time to visit the stadium, cheer for your team and earn some money in the meantime.

On the technical part, Super Striker is a 3×3 slot with 5 fixed paylines. Winnings are awarded when three matching symbols land on the same line from left to right. You can join football fans on any compatible device by choosing a bet from 0.10 to 75 euros per spin. The Super Striker slot has medium to high volatility with a default 96.04% RTP. Please note that if the Bet Slip feature is active, the RTP will increase to 96.06% and up to 96.93%, depending on the selected bet. The maximum possible winnings that you can get playing the Super Striker slot is x5,000.

There is no wild symbol in the Super Striker slot, so all attention is focused on two scatters, which activate some features. The first Football Scatter is a soccer ball, and the second Golden Scatter is a golden soccer ball – they can land anywhere during the main game and reveal a x10 or x20 multiplier that will apply to the winnings.

Free Spins feature is activated if 3 soccer balls or one golden ball with two regular balls appear on the reels anywhere on the playing field. Once this happens, you get 3 free spins.

Only golden balls will appear on the reels during the free spins. Each of them has its own multiplier from x1 to x50. When the entire playing area is filled with Golden Scatter symbols, you move to the next level and get a win equal to the sum of the multipliers on all golden balls multiplied by the current level multiplier. Pay attention to the fact that initially you only get three spins, but each golden ball that appears on the field will restore this number. The feature ends when you have passed all five levels or fail to catch additional golden balls.

Bet Slip is another feature that was previously presented in the Scudamore’s Super Stakes slot by the same developer. You can activate it at any time by clicking on the notebook located on the right side. Then you need to select a symbol and the number of spins for which it should appear and place your bet. If you guess correctly and the selected symbol appears the required number of times, you’ll get your prize.

In conclusion, it can be said that Super Striker is an attractive football-themed slot machine. You will see the familiar features used in other slots when playing it: free spins with multipliers up to x50 from the Donuts slot by Big Time Gaming and the Bet Slip feature from the Scudamore’s Super Stakes slot developed by NetEnt. 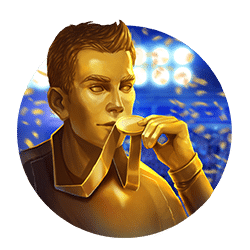 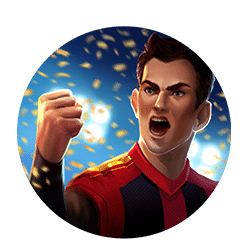 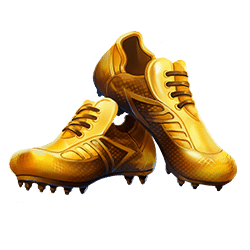 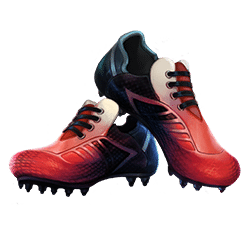 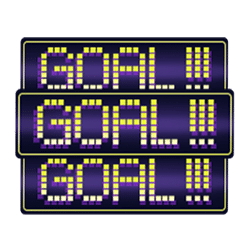 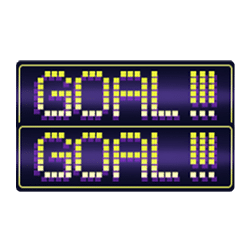 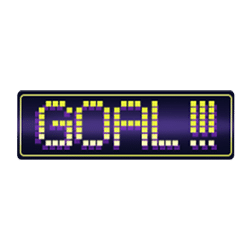 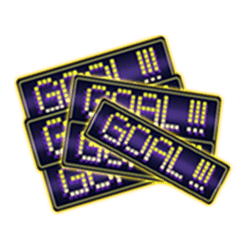 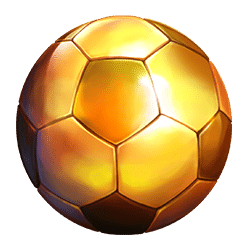 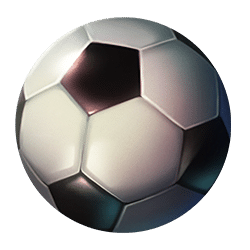 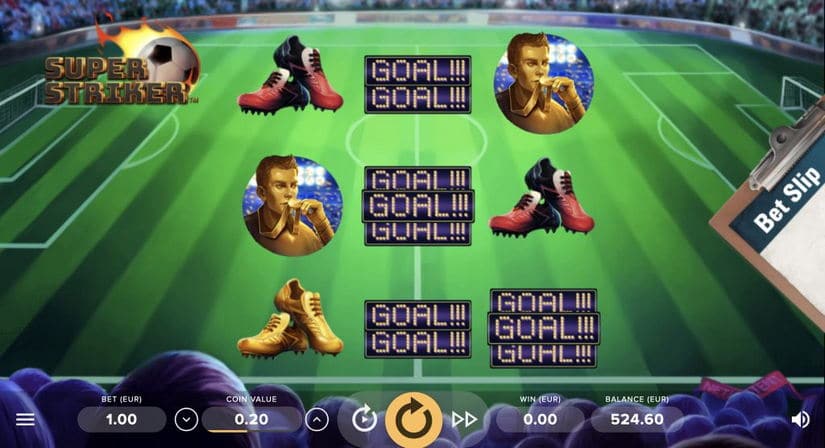 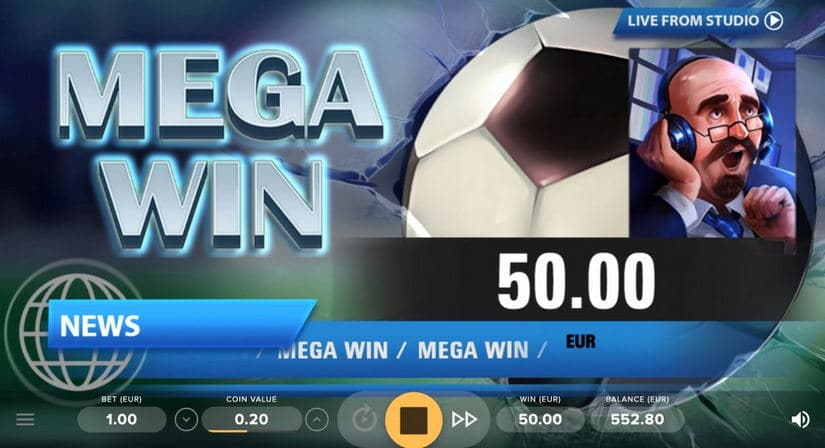 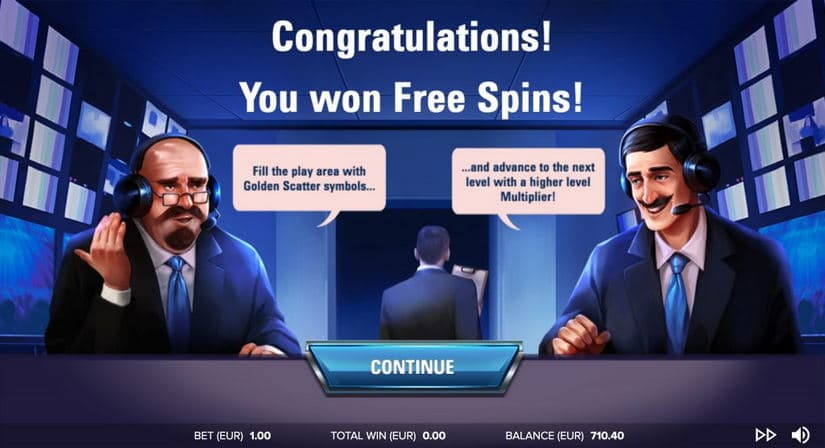 Can I play Super Striker free slot?
Yes, our site is the place to try Super Striker with no sign up required. Any gambling site partnering with NetEnt would also offer free access to the demo mode.
Can I win real money on Super Striker slot?
Yes, registered account with a casino operator would be the only option to play real money Super Striker and land real winnings.
What is the best place to play Super Striker?
When it comes to free play any trusted casino or casino related site such as Clash of Slots would be fine. Once real money gets invested legitimate operator with good reputation and premium services must be selected. Best option would vary depending on one`s personal preferences.
Can I play Super Striker slot on mobile phone?
Yes, this slot machine is mobile friendly and can be played on any device.
How to win playing Super Striker?
This is a licensed title that generates random results, and all you need is a good fortune. Look through the paytable to find out how and how much you can win.
Top NetEnt Casinos