Forge of Fortunes is the game developed by well known studio Play’n GO. Released on 11.08.2022 it became a hit among slot fans for its thrilling engine and fantastic artwork. This review describes all of its key characteristics that along with free demo mode available on clashofslots.com give a complete idea of experience you’ll be getting.

As expected for a slot in which the winnings are formed along one line, the set of bonus features is small. To be more precise, there is only one of them in the Forge of Fortunes slot, it is called Forging Respins. To activate it, you need gold nuggets to land on three reels. The number of repins is not fixed, they will continue as long as three gold nuggets land on the reels. Each consecutive respin will move you up the prize ladder, where the maximum payout can be up to 2500 times your stake.

Also note that the respins will end instantly if the waste symbol appears on the reels, and if a coal lands on any reel, it will take you back one step in the prize ladder.

Forge of Fortunes Symbols and Paytable 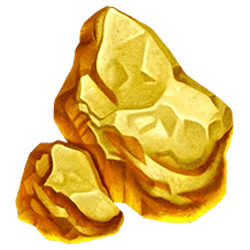 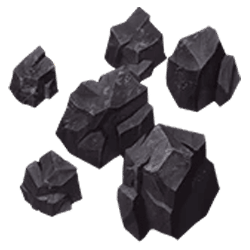 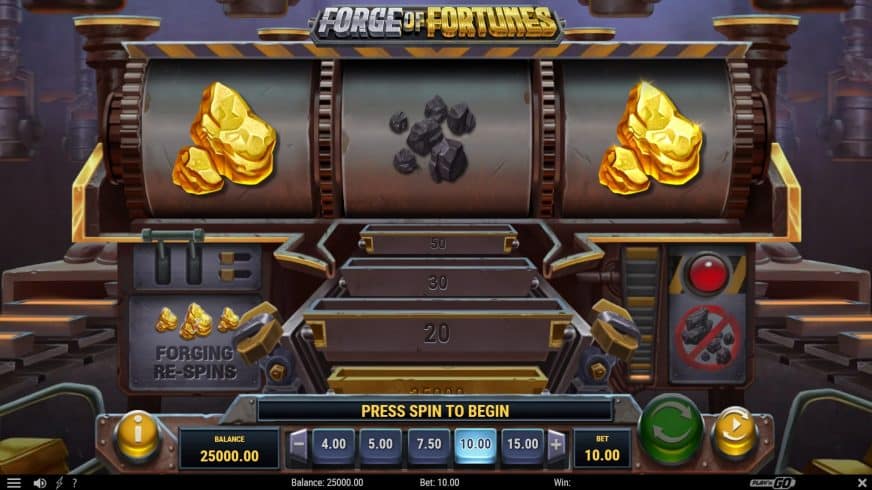 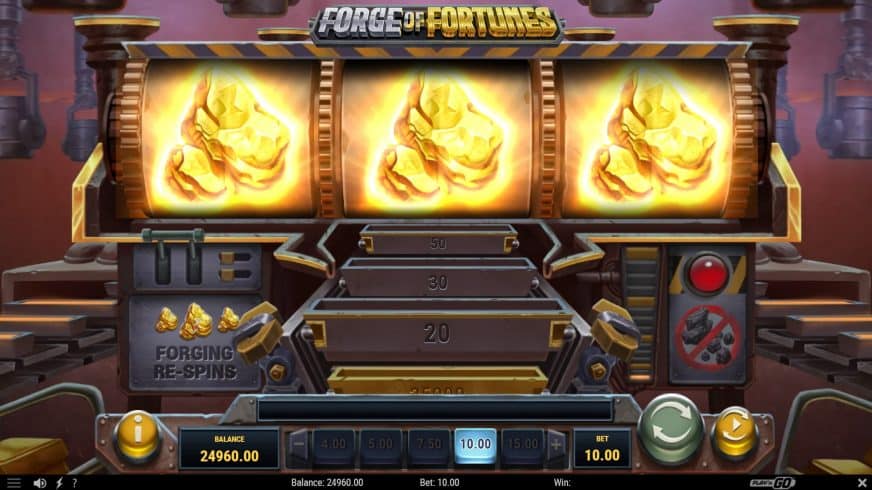 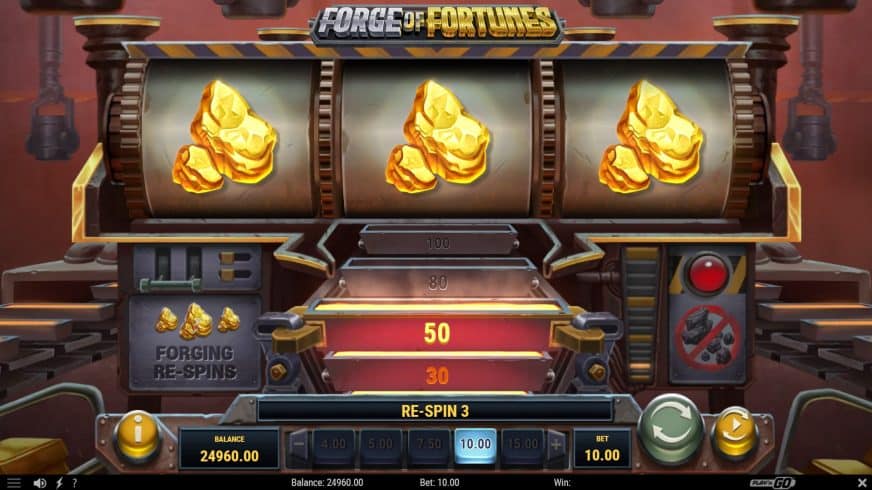 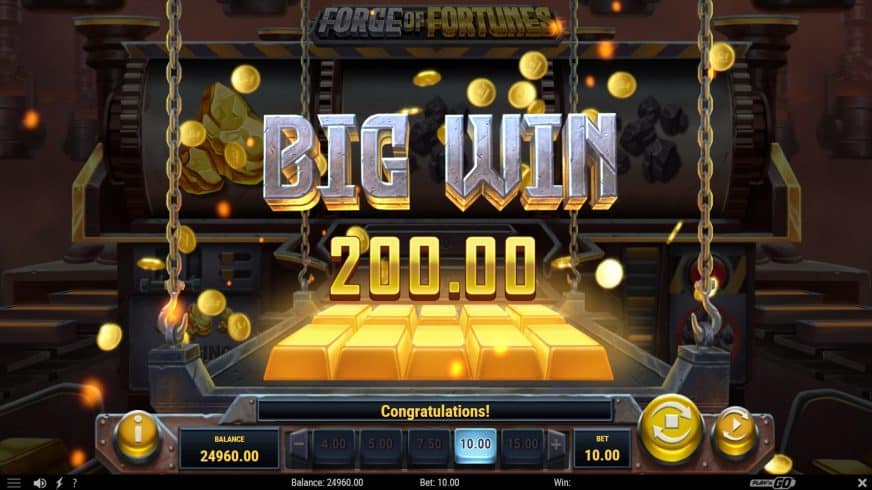 Forge of Fortunes Reviews by Players