For the developer of this rank The Shadow Order is a great release that’s made it to the lobbies of numerous operators. The Shadow Order was launched on 02.05.2019 offering exciting gameplay and high-quality renders. You can play free The Shadow Order test mode on clashofslots.com as a guest with no registration required.

Check out the game metrics to decide if that’s the best choice for you. The Shadow Order offers 96.98% RTP, Average dispersion and x24000 win potential, max win. With a quite balanced math model and the possibility of the big swings, the game is always thrilling. Overall, it delivers enjoyable gaming experience.

The Shadow Order caters to those who prefer gameplay that has both classic and unique elements to it. If no bonus gets activated, the base mode is still interesting but once wilds, scatters or other special symbols or features appear on the reels, it gets to the whole new level.

While playing The Shadow Order slot from Push Gaming, you will plunge into the mysterious world of codes, ciphers, and secrets. For a long time, Push Gaming did not delight its fans with interesting slots. Now, after a short break, an interesting slot called The Shadow Order is presented to our attention. While playing this slot, you will plunge into the innermost circles of a mysterious ancient organization hidden deep under the surface of modern society.

The design in The Shadow Order slot is excellent and of high quality. The game takes place in the garden of a luxurious mansion. Technically, The Shadow Order features a 5×5 gaming scheme and uses a cluster winning system. This means that the winnings will be formed not by lines, but by means of clusters. To do this, you need to get three or more symbols vertically or horizontally.

Among the symbols, you will see seals with the words Q, K, and A, three chess pieces, a code cracker, a book, and two interconnected golden rings. The last symbol is the highest pay and you can win 120 times more for a cluster of five such symbols. The Wild symbol is represented by a golden star with an all-seeing eye, brings self-payouts, and also serves to replace all standard symbols.

While playing for free, pay attention to the green, blue, and purple balls located above the panel. If consecutive wins match, these balls will fall on the reels and act as wild symbols. Also, pay attention to the three highlighted zones on the panel, if the ball falls into one of these zones, it activates its feature:

The Shadow Order slot has interesting features related to four symbols; they will appear to the right of the game screen. Each of them has unique features that you can use in the main game.

In addition, you should pay attention to the image of the triangle, which is located to the left of the panel. When three balls hit the game screen and were able to reach the extreme cell, the triangle will be charged, and you will get access to five free spins, during which balls appear on the panel faster than in the main game. It helps you get more winning clusters.

In general, The Shadow Order is a very interesting and unusual slot, which has been carefully worked out by the Push Gaming development team. Now you have the opportunity to test this model completely free of charge on our website and get acquainted in more detail with the various features presented in this game.

The Shadow Order Symbols and Paytable 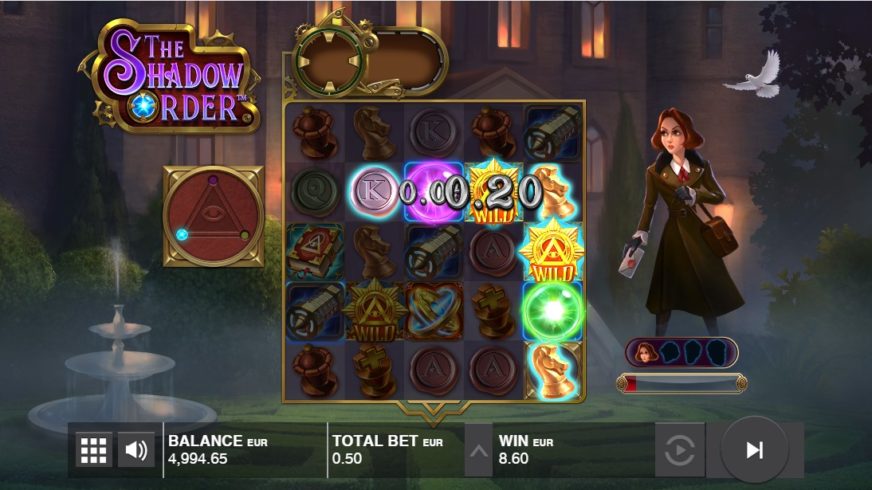 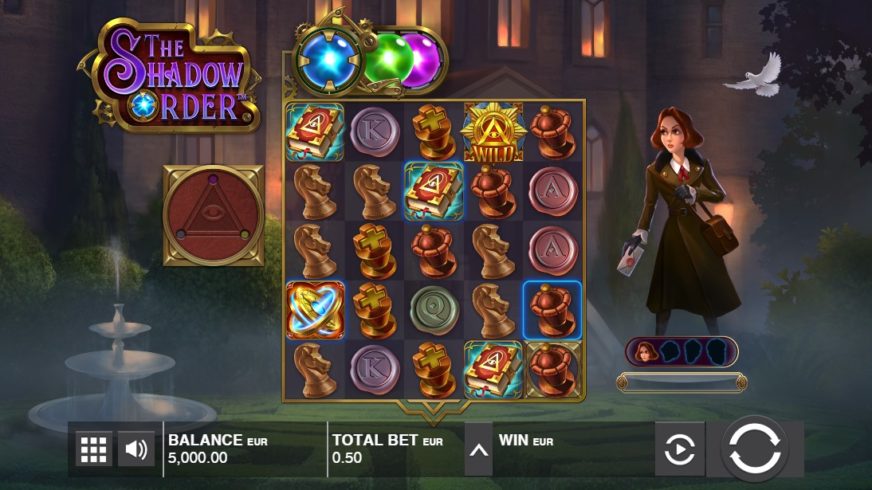 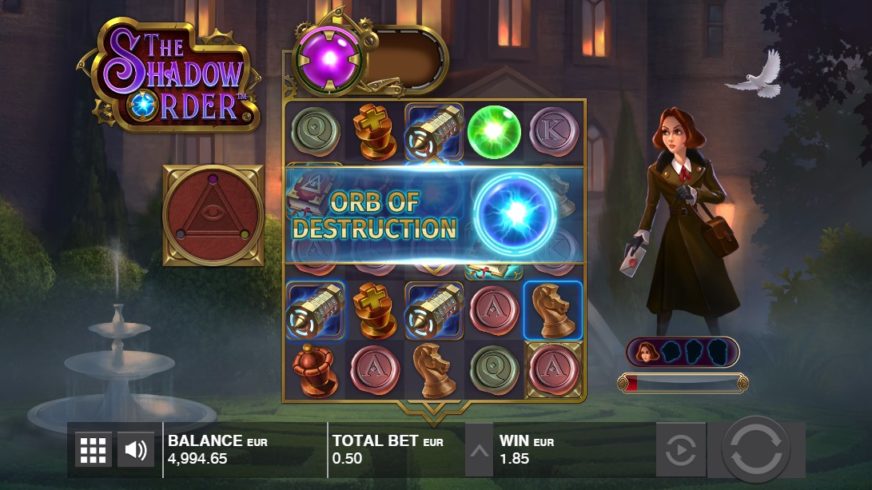 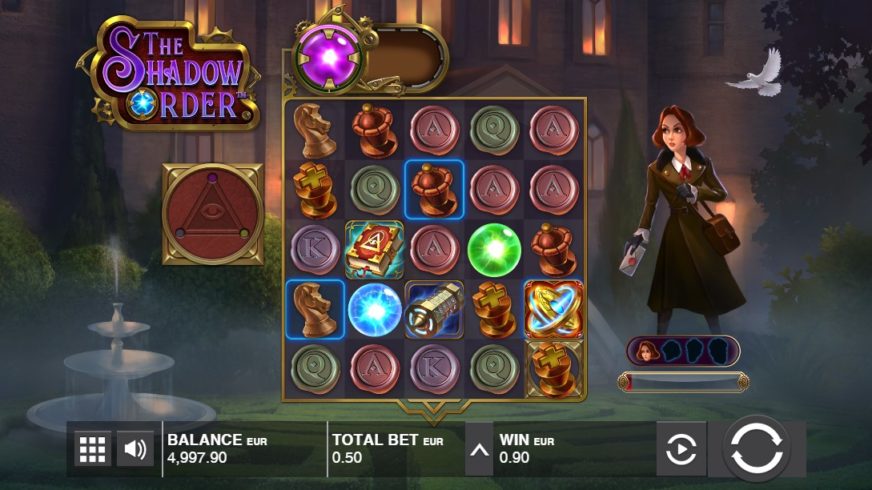 The Shadow Order Reviews by Players