For the developer of this status Wheel of Wonders is a wonderful launch that’s made it to the lobbies of a number of gambling sites. Wheel of Wonders was released on 28.10.2020 offering proven gameplay and great graphics. You can enjoy free Wheel of Wonders test mode on clashofslots.com as a guest with no registration required.

Take a look at the slot metrics to decide if that’s the best choice for you. Wheel of Wonders offers 96.5% RTP, High risk level and x47233 win potential, max win. With a quite balanced math model and the possibility of the considerable swings, the game is always thrilling. Overall, it provides rich gaming experience.

Wheel of Wonders appeals to those who appreciate gameplay that has both classic and original elements to it. When no bonus gets activated, the base mode is still interesting but as soon as wilds, scatters or other special symbols or features land on the reels, it gets to the whole new level.

The Wheel of Wonders slot is made in the ancient Egyptian theme, but still more attention is paid to Mesopotamian mythology. Your task is to find mysterious relics, traveling to ancient places, and powerful gods will help you in this.

Initially, the panel of the Wheel of Wonders slot consists of 6 reels, 3 rows, and 729 ways to win, but their number can reach 46,656, due to the fact that locked positions will be opened (more on that later). Winnings are awarded when 3 or more of the same symbols (or 2 of the highest pay ones) appear on adjacent reels, starting from the leftmost one.

The only special image in the Wheel of Wonders slot is the wild symbol. It is represented by Sargon the Great, with which you will more often receive winnings since it can replace any symbol in the game.

Each time an Additional Position is added, the number of available Payways is recalculated.

At the start of a new game round, all Additional Positions from the previous game round are removed from the reels. The Wheel is spun, and the player is awarded a prize depending on the landed segment. There are 3 kinds of prizes that can be awarded: 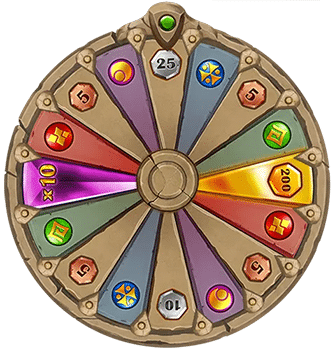 Embellish: The most common symbol type on the reel is converted to a Symbol of a higher tier that is also present on the reels. The reels are re-evaluated for wins. 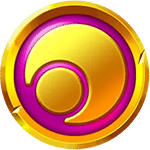 Renovate: Each Low Value Symbol on the reels is converted to a random Mid Value or High Value Symbol. The reels are re-evaluated for wins. 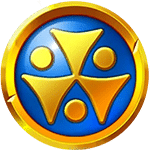 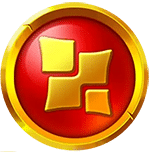 Transmute: Between 2 and 7 symbols on reels 2-6 are converted to Wilds. The reels are re-evaluated for wins. 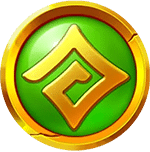 The player is awarded an amount equal to their total win amount multiplied by the amount shown on the Ancient Wheel segment that awarded them this prize. The reels are not evaluated for wins.

The player is awarded an amount equal to their current bet amount multiplied by the amount shown on the Ancient Wheel segment that awarded them this prize. The reels are not evaluated for wins. 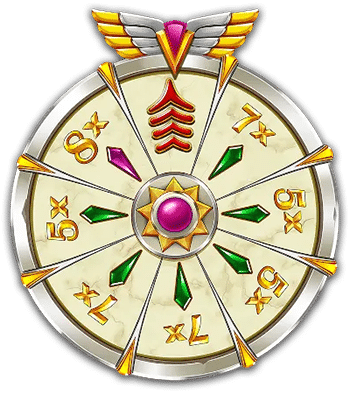 The Player is awarded 5 Free Spins and a Win Multiplier from the prior Wheel of Wonders Feature. During the Free Spins Feature, the Additional Positions are not removed at the start of each spin.

All wins during the Free Spins are multiplied by the Win Multiplier at the point the win is created.

During the Free Spins, the player may be awarded a Retrigger, depending on the number of different symbol types that contributed to the win, during a single Free Spin. There are 3 Levels of Retrigger. 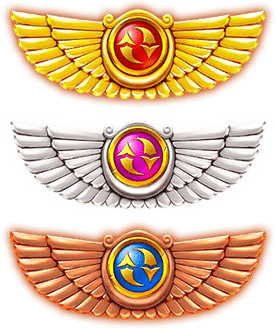 Wheel of Wonders Symbols and Paytable 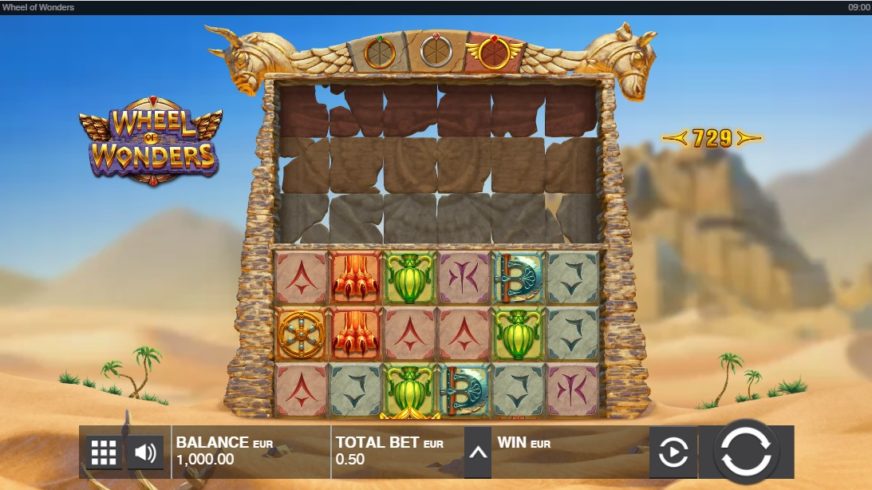 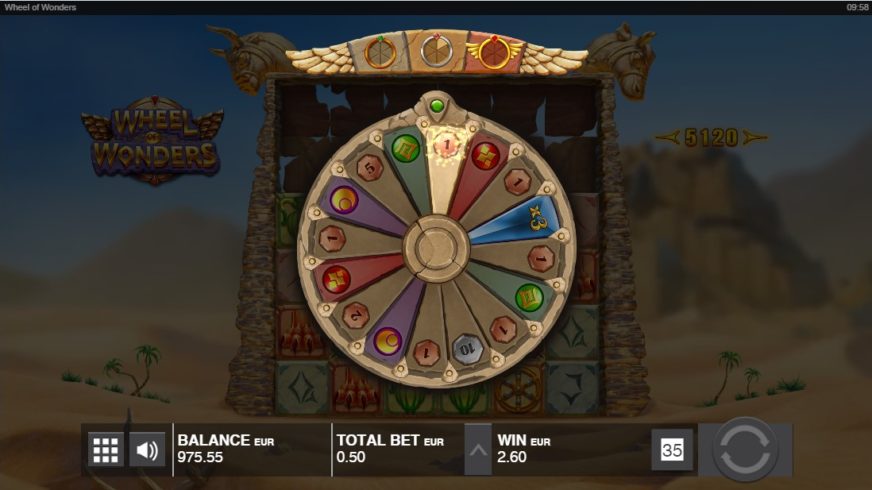 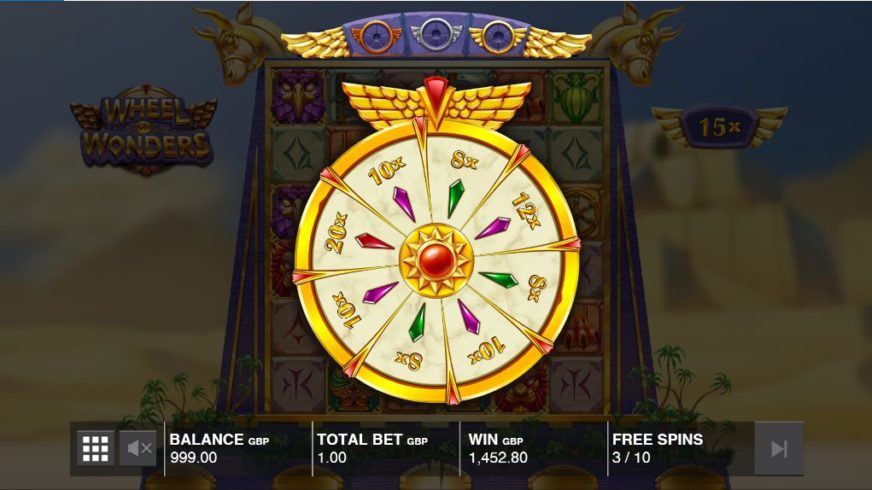 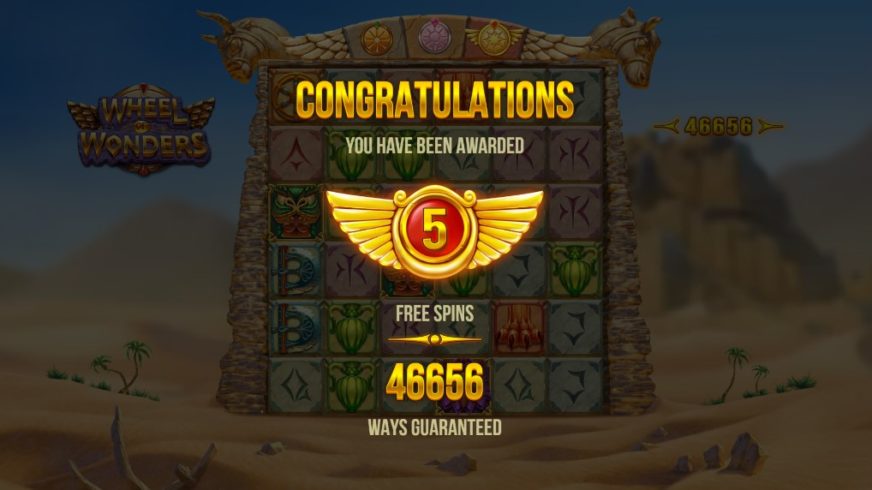 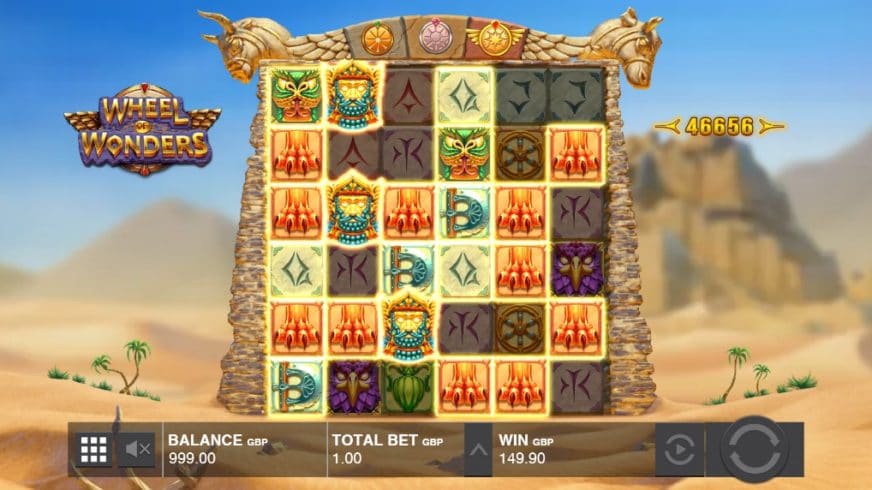 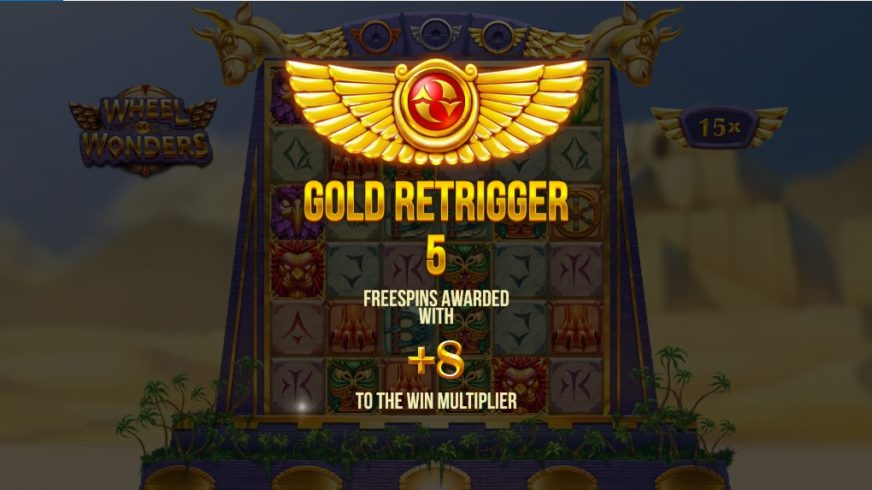 Wheel of Wonders Reviews by Players