Artemis vs Medusa is the slot developed by renowned studio Quickspin. Released on 11.08.2020 it became an instant success among gamblers for its immersive engine and amazing artwork. This review explains all of its main characteristics that along with free demo mode available on Clash of Slots give a good idea of experience you’ll be getting.

Playing the Artemis vs Medusa slot, you will see the real battle of Artemis with various monsters led by Medusa the Gorgon.

In the Artemis vs Medusa slot you will find five reels, 4 rows, and 1024 ways to win. Winning combinations are created by appearing of 3, 4, or 5 identical symbols from left to right on successive reels, starting with the first.

You can play the Artemis vs Medusa slot on all compatible devices from $0.20 to $100 per spin. The RTP is 96.17%, the volatility is high, and the maximum payouts available in the slot will exceed your bet 5288 times.

Special Symbols of the Artemis vs Medusa Slot

Bonus Features of the Artemis vs Medusa Slot

There are two bonus features waiting for you in the Artemis vs Medusa slot. There are Monster Bounty coins you will get prizes for if Artemis appears in a golden frame at the same time on the fifth reel, as well as a round of free spins.

The Monster Bounty feature – Please note that all monster symbols may contain a gold coin. These coins attached to the symbols can only appear in the base game. If during the spin monsters with coins appear on the playing field and Artemis on the fifth reel, all coins will be collected and you will be awarded a payout.

The Unlimited Battle Free Spins start when 3 scatter symbols appear on the second, third, and fourth reels. After that the battle between Artemis and Medusa that caused reinforcements from Harpy, Griffin and Minotaur starts.

During the free spins round, a monster counter is displayed on the reels. It corresponds to the number of monsters that you collect during the battle. Each time the Artemis symbol lands, all monster symbols in sight are added to the counter and move closer to Artemis on the battlefield.

For each Artemis’ symbol one monster symbol starting with the lowest value will be removed from the counter and a reward will be assigned. If Artemis defeats the last monster or the counter exceeds 15 bars, the free spins round ends.

In general, Artemis vs Medusa is a rather good slot from the Quickspin developer. Playing it, you will find a real battle between Artemis and monsters that can bring you good winnings.

Artemis vs Medusa Symbols and Paytable 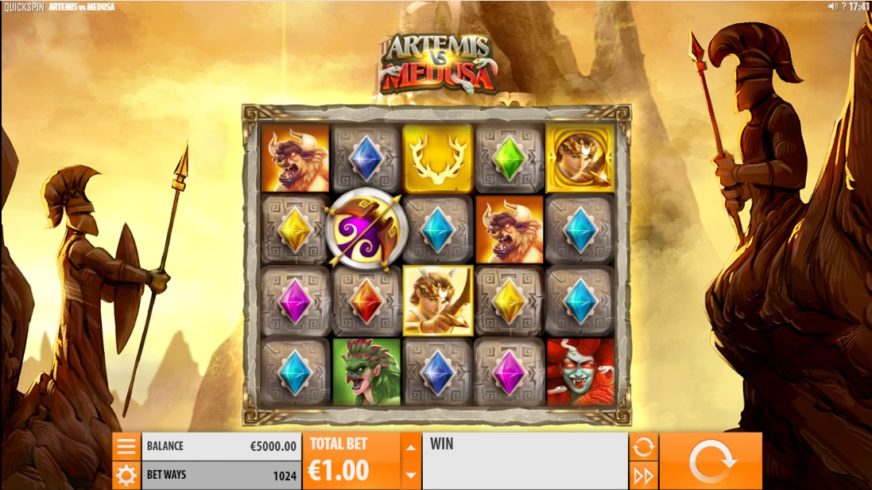 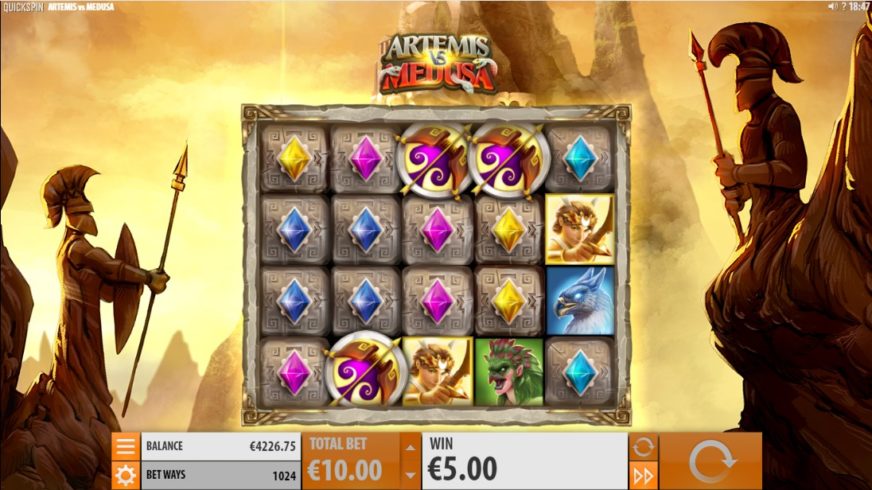 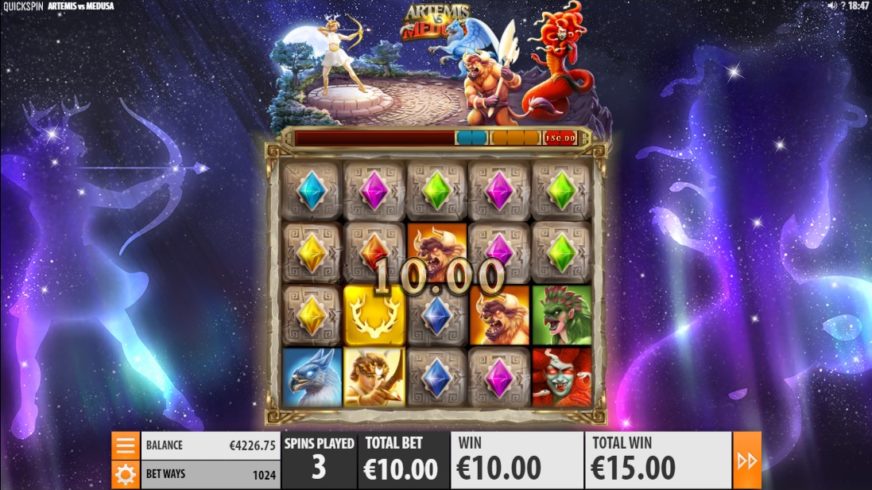 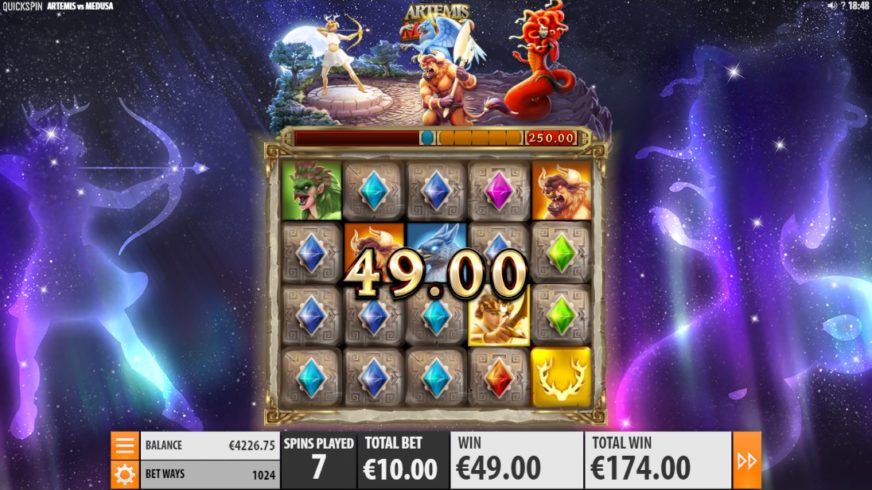 Artemis vs Medusa Reviews by Players