Golden Glyph is the slot developed by renowned studio Quickspin. Released on 12.11.2019 it became an instant success among slot fans for its immersive engine and high-quality artwork. This review details all of its main characteristics that along with free demo mode available on clashofslots.com give a great idea of experience you’ll be getting.

The Quickspin developers, like most other providers, realize that slots with the theme of Ancient Egypt are very popular. Despite this, various developers continue to release more new models dedicated to this beautiful place, trying to make their slots different from others. It can be said that Quickspin has succeeded in this, and now the Golden Glyph slot is presented to our attention.

The design of the Golden Glyph slot looks just amazing. The playing field is located against the background of various buildings characteristic of Ancient Egypt. You will see huge Egyptian pyramids illuminated by the bright sun behind the reels. As for the technical characteristics, you won’t see the usual reels or lines in the Golden Glyph slot – instead, the developers offer us a huge 7×7 playing field, where the winnings are formed according to the Cluster Pays system.

The symbols of the slot meet all the ancient Egyptian requirements, so you will see various hieroglyphs, which are low pay symbols, as well as Cleopatra, Tutankhamun, and the god Horus on the reels of the slot. The latter is the highest paying and will reward you 250 times your bet for a cluster of 15 or more of these images. The Golden Glyph slot provides a wild symbol (letter W), which can replace any of the above images.

Like in other slots with a Cluster Pays system, any symbols that are part of the winning cluster will be removed from the playing field in the Golden Glyph slot. After that, the vacant spaces will be filled with new symbols falling from above. This, in turn, can lead to new winning combinations and help you get more prizes.

The Golden Glyph slot also has an interesting feature called Power-Up. Pay attention to the semicircle located on the left side of the playing field. This semicircle will be filled with 5 balls with different images at the beginning of each spin. The 5th will always be Free Spins Power Up. When a winning cluster contains Power Wilds, it charges those balls in sequential order until the free spins are triggered or the spin brings a win. That’s what it can be:

In conclusion, it can be said that Golden Glyph is a great cluster slot developed by Quickspin, playing which you can get good prizes and have fun. 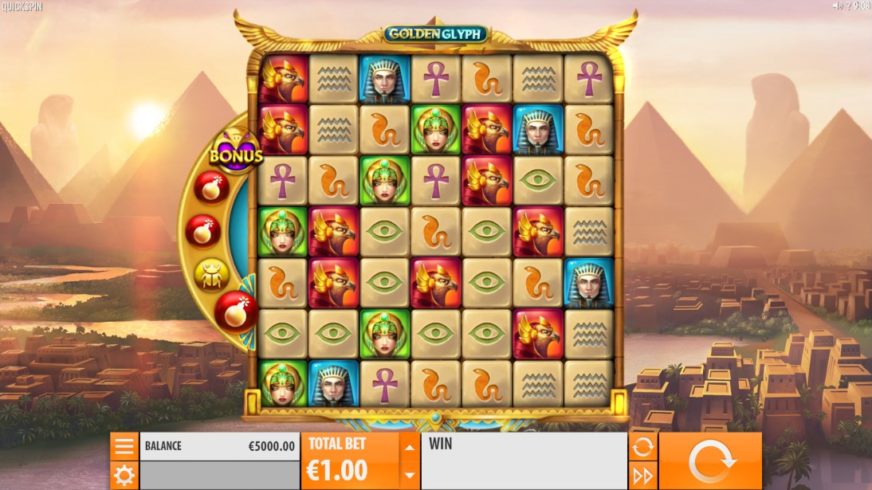 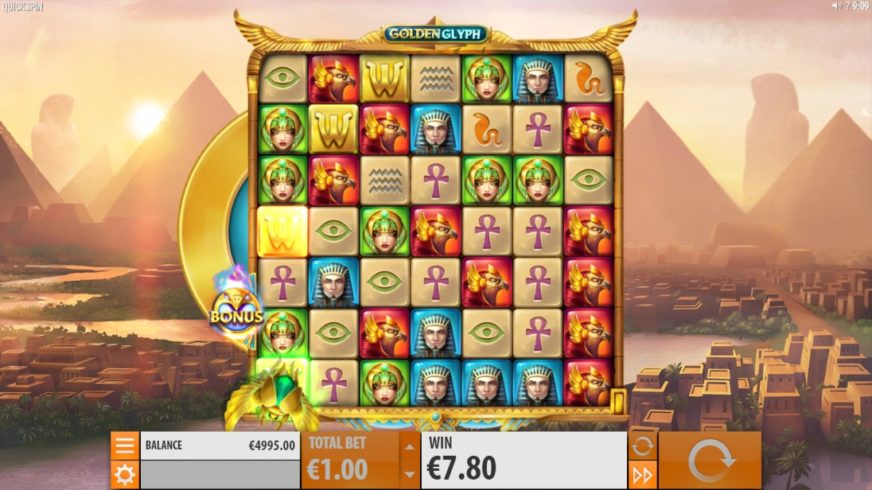 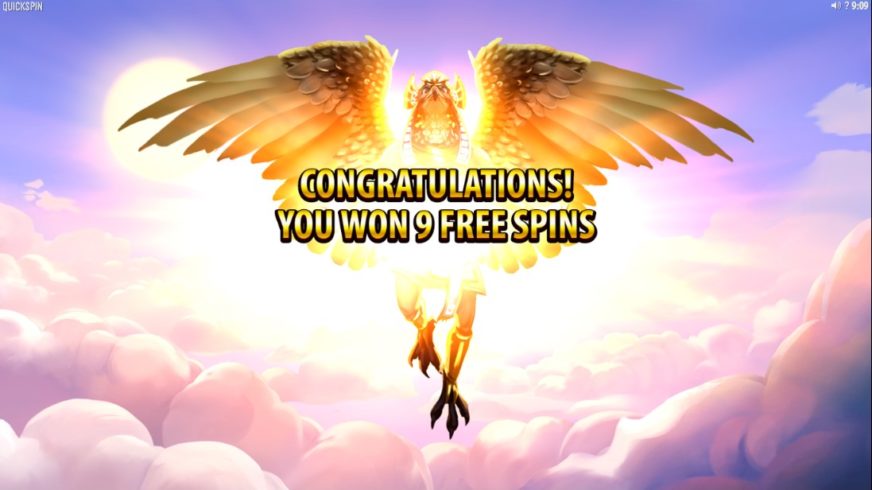 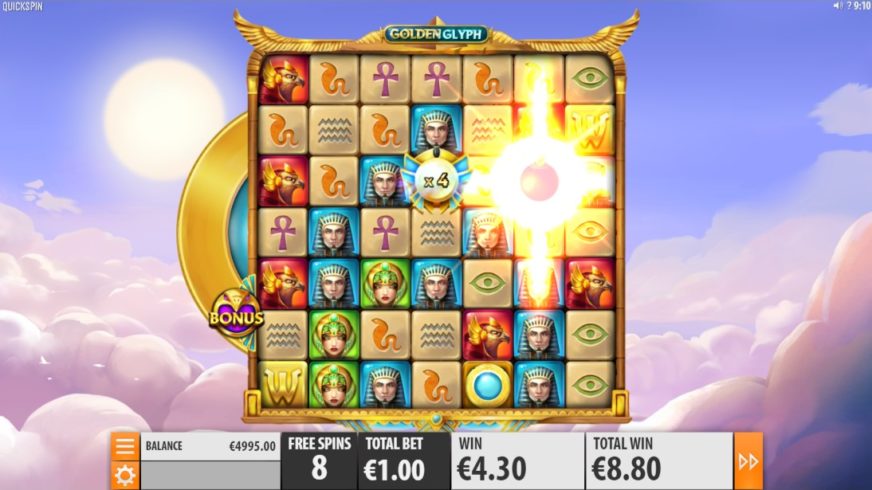 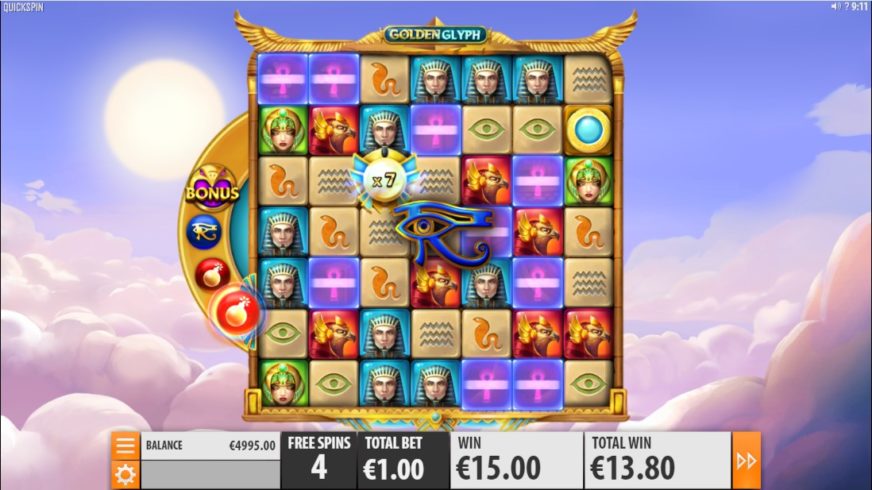 Can I play Golden Glyph free slot?
Yes, clashofslots.com is the place to play demo Golden Glyph with no sign up required. Any casino site partnering with Quickspin would also offer free access to the test mode.
Can I win real money on Golden Glyph slot?
Yes, registered account with a gambling site would be the only option to enjoy real money Golden Glyph and land real winnings.
What is the best place to play Golden Glyph?
When it comes to demo mode any trusted gambling operator or casino related site such as clashofslots.com would be fine. Once real money gets invested licensed operator with good reputation and top tier services must be selected. Best option would vary depending on one`s personal preferences.
Can I play Golden Glyph slot on mobile phone?
Yes, this slot is mobile optimized and can be played on any device.
How to win playing Golden Glyph?
This is a certified title that generates random outcomes, and all you need is a good fortune. Look through the paytable to see how and how much you can win.