Mighty Arthur is the slot developed by well known studio Quickspin. Released on 14.11.2017 it became popular among slot fans for its thrilling engine and amazing artwork. This review details all of its key characteristics that along with free demo mode available on Clash of Slots give a complete idea of experience you’ll be getting.

Meet King Arthur and learn the story about his legendary sword that was told to have mystical possibilities by playing the Mighty Arthur slot.

Quickspin decided to remind you about this story based on the legend about King Arthur and his achievements: he pulls swords out of stones, rules England, and tries to keep Guinevere. Mighty Arthur is a 5-reel, 3-row, 20-fixed-payline slot that offers free spins and additional wild symbol options.

Visually, Mighty Arthur has the medieval theme. The game screen is located in the forest. The symbols on the reels include A, K, Q, J, and 10 playing cards, cups, helmets, spellbooks, and a red-haired girl. King Arthur and Merlin are wild symbols.

The Arthur Expanding Symbol appears only on the third reel. After that you will see that Arthur expands and fills entirely the second, third, and fourth game reels. Thus, you will have three wild symbols.

The Merlin Random Wilds – when the wizard’s symbol appears on one of the reels, filling it entirely, it will add up to six additional wild symbols in random cells.

If only a part of Merlin or Arthur appears on the reels, they will act like an ordinary wild symbol.

The Free Spins feature starts when three bonus shield symbols appear on reels 1, 3, and 5. You will get ten free spins with the possibility to extend them. Besides, playing it for free during free spins, you will have the opportunity to activate any of the above features.

Mighty Arthur is a really high-quality slot with a simple gameplay and very profitable bonus features. 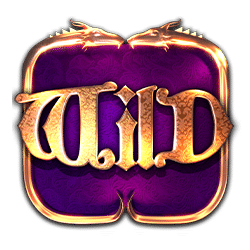 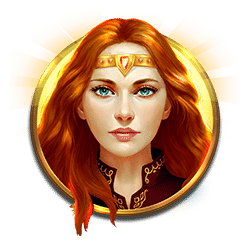 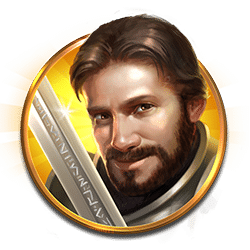 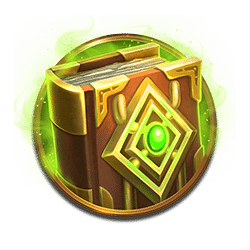 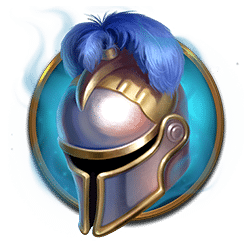 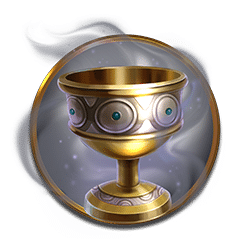 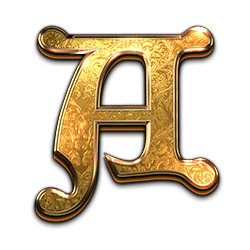 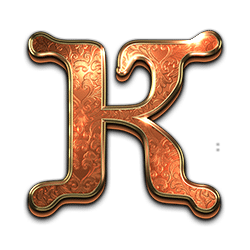 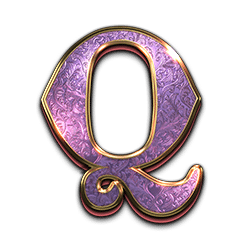 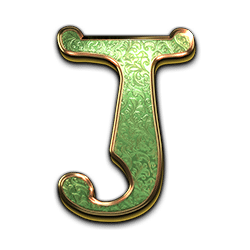 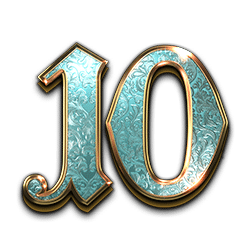 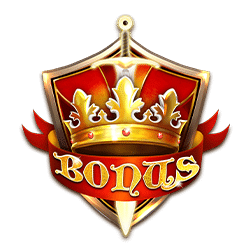 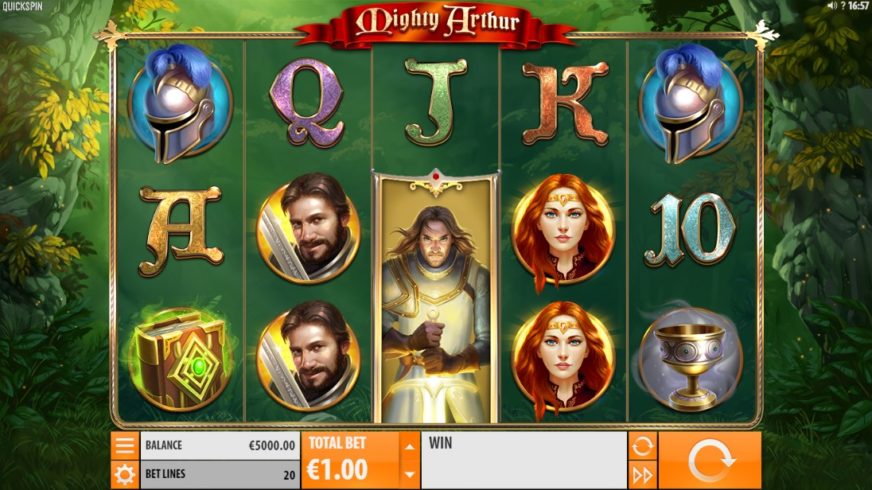 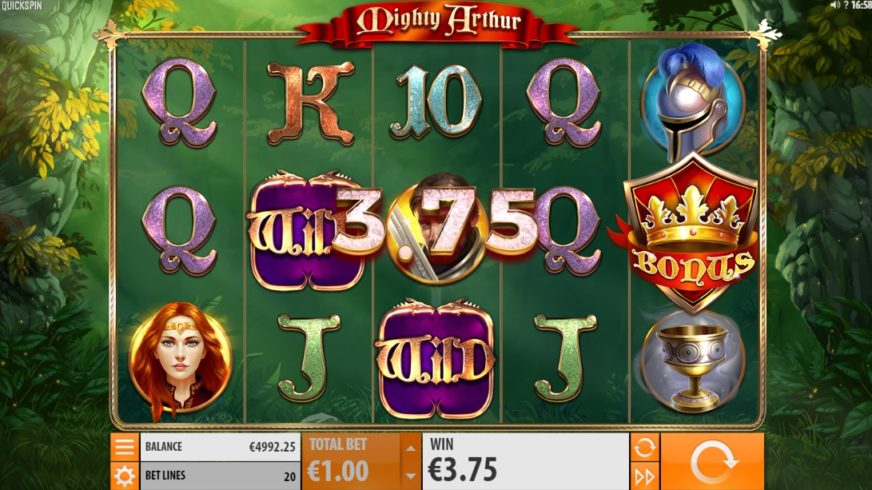 Can I play Mighty Arthur free slot?
Yes, our site is the place to test Mighty Arthur with no sign up required. Any gambling site partnering with Quickspin would also provide free access to the demo mode.
Can I win real money on Mighty Arthur slot?
Yes, registered account with a casino would be the only option to play real money Mighty Arthur and get real winnings.
What is the best place to play Mighty Arthur?
When it comes to test mode any trusted casino or casino related site such as clashofslots.com would be fine. Once real cash gets invested licensed operator with good reputation and top tier services must be selected. Best choice would vary depending on one`s personal preferences.
Can I play Mighty Arthur slot on mobile phone?
Yes, this title is mobile friendly and can be loaded on any device.
How to win playing Mighty Arthur?
This is a certified slot machine that generates random outcomes, and all you need is a good luck. Look through the paytable to see how and how much you can win.
Top Quickspin Casinos