Phoenix Sun is the game developed by recognized studio Quickspin. Released on 07.12.2016 it became popular among gamblers for its thrilling engine and amazing artwork. This review describes all of its main characteristics that along with free test mode available on clashofslots.com give a complete idea of experience you’ll be getting.

The Phoenix Sun slot hides a legend about a mythical creature, the Phoenix bird. This bird is always described in red or gold plumage. It could live for centuries, but at some point, it burned to be reborn from ashes.

In the new Phoenix Sun slot, an original structure of the play field is provided, which makes it certainly stand out among other slots of this developer. The Phoenix Sun slot has five reels arranged in a 5×6 pattern, but the main game will take place on the 5×3 field. Therefore, the number of paylines used in the slot varies from 243 in the normal game to 7776 during the prize function.

The symbols used in the slot are in Egyptian style. On the reels, you will find the names of playing cards from 10 to A, on a lilac background — these symbols are low value. Middle-value symbols are images of a dog, a cat, and a scarab. The most profitable symbols are the Pharaoh and the Queen.

There are two types of wild symbols in Phoenix Sun. Wild (writing on yellow background) cannot form combinations on its own; it is intended to replace ordinary symbols in the slot. Phoenix Wild, like a simple wild, replaces ordinary images and has unique features.

Phoenix Rising Respins function is activated if the Phoenix Wild symbol is in a winning combination. You will have one respin, before which three balls will fly from Phoenix Wild to closed cells, thereby opening them and increasing the number of lines. The respins continue as long as wins are generated. Each phoenix wild that appears during respins is transferred to a separate field with a writing Bonus. If you manage to get five such images, a free spins round is activated. You will have eight free spins with the play field fully unlocked, which will undoubtedly bring huge wins. 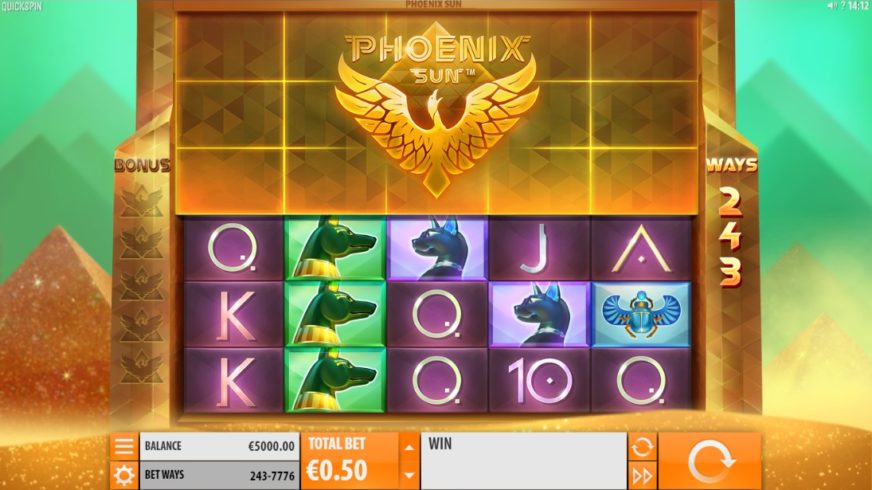 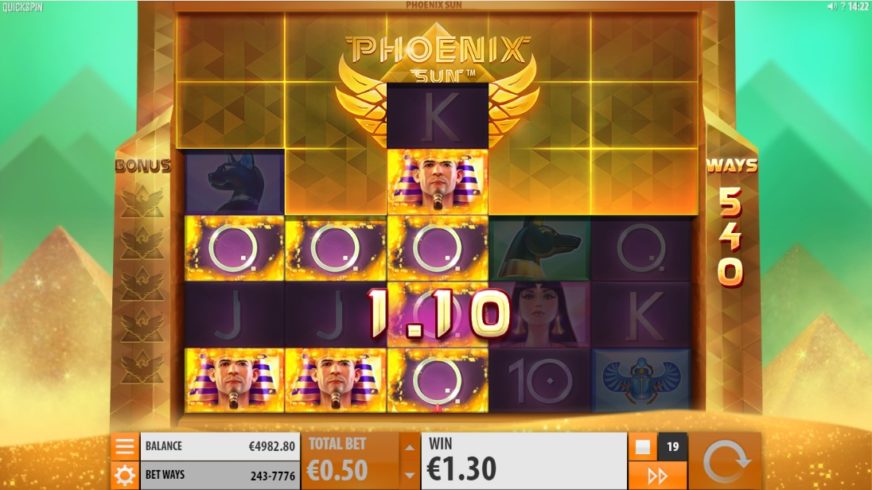 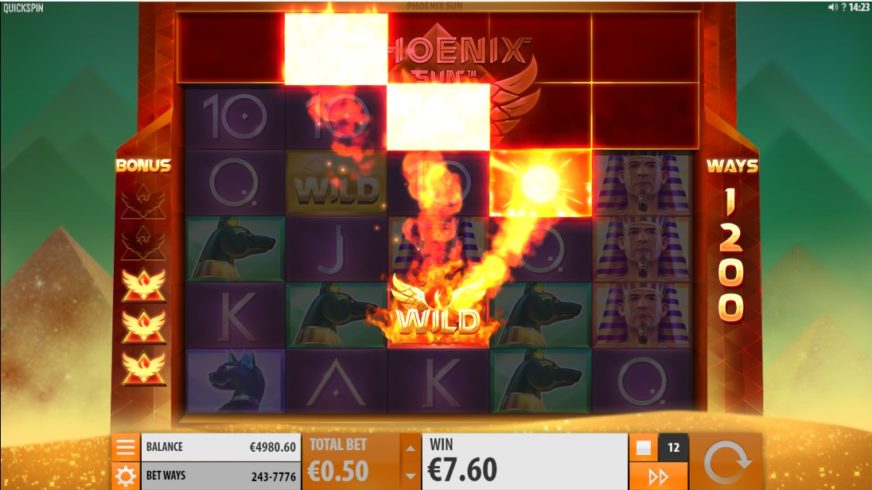 Can I play Phoenix Sun free slot?
Yes, clashofslots.com is the place to try Phoenix Sun with no sign up required. Any casino site partnering with Quickspin would also provide free access to the test mode.
Can I win real money on Phoenix Sun slot?
Yes, registered account with a casino would be the only option to play real money Phoenix Sun and hit real winnings.
What is the best place to play Phoenix Sun?
When it comes to demo mode any trusted casino or casino related site such as Clash of Slots would be fine. Once real cash gets involved licensed operator with good reputation and premium services must be selected. Best casino would vary depending on one`s personal requirements.
Can I play Phoenix Sun slot on mobile phone?
Yes, this slot is mobile friendly and can be loaded on any device.
How to win playing Phoenix Sun?
This is a certified slot machine that generates random outcomes, and all you need is a good luck. Check the paytable to find out how and how much you can win.