Check out the game metrics to decide if that’s the perfect choice for you. Beat the Beast: Kraken’s Lair offers 96.12% theoretical return, High volatility and x7777 win potential, max win. With a quite balanced math model and the possibility of the big swings, the game is always exciting. Overall, it provides powerful gaming experience.

Beat the Beast: Kraken’s Lair appeals to those who prefer gameplay that has both conventional and experimental elements to it. If no bonus gets activated, the base mode is still interesting but as soon as wilds, scatters or other special symbols or features appear on the screen, it gets to the whole new level.

The design of the Kraken’s Lair slot looks quite attractive. The playing field is located on the seabed and surrounded by a metal frame. Behind, you can see several sunken ships Kraken helped to come to the bottom. Technically, in the Kraken’s Lair slot you will find a completely standard installation: five reels, three rows, and nine lines where your winnings will be formed. As for the symbols provided in the Kraken’s Lair slot, you will find card names from 10 to A, as well as a trident, a pendant, a chest, a golden statuette and, of course, Kraken itself. The golden Kraken emblem is both the wild and scatter symbol that replaces other images and starts the free spins feature when at least three of them appear on the playing field.

Bonus Features of the Beat the Beast: Kraken’s Lair Slot

In the Kraken’s Lair slot, the most important symbol is the Kraken emblem. As mentioned above, this symbol performs the duties of the wild and the scatter, and also activates another feature – the Expanding Win. This feature is activated when the Kraken emblem is used as part of a winning combination. Due to this feature, the regular symbols used in the combination are expanding and cover the entire reel to create even more winnings.

Another feature activated with the Kraken’s emblem is called the Free Spins Feature. In order to see this feature in action, you need to catch three or more scatter symbols. After that you will get 10 free spins. During the free spins, you will see that one Kraken emblem will appear at random on each spin on the playing field. It will provide you with more chances to activate Expanding Symbols or get extra free spins.

Summing it up, I would like to say that Kraken’s Lair is an exciting slot from Thunderkick. Users will definitely like it and it will be a great addition to their collection of games. 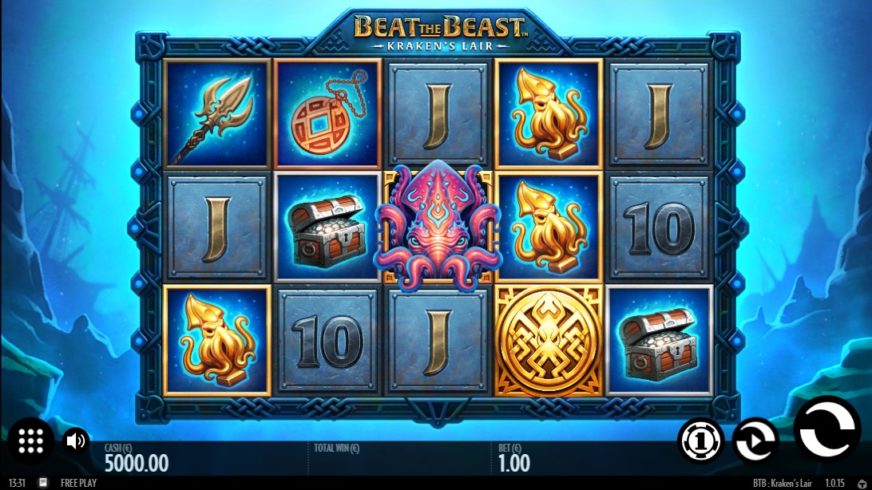 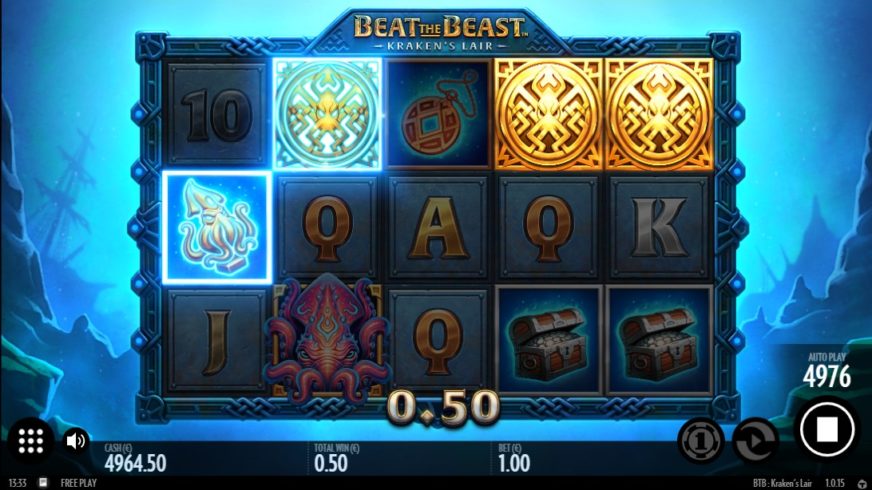 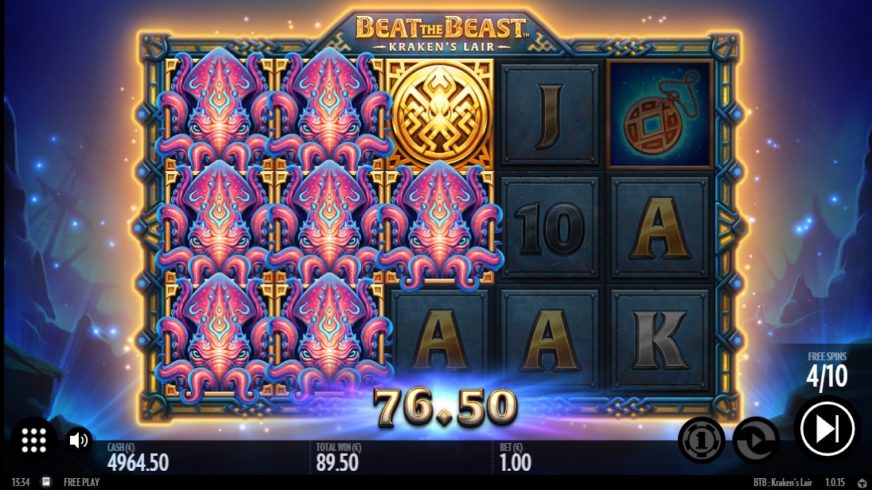 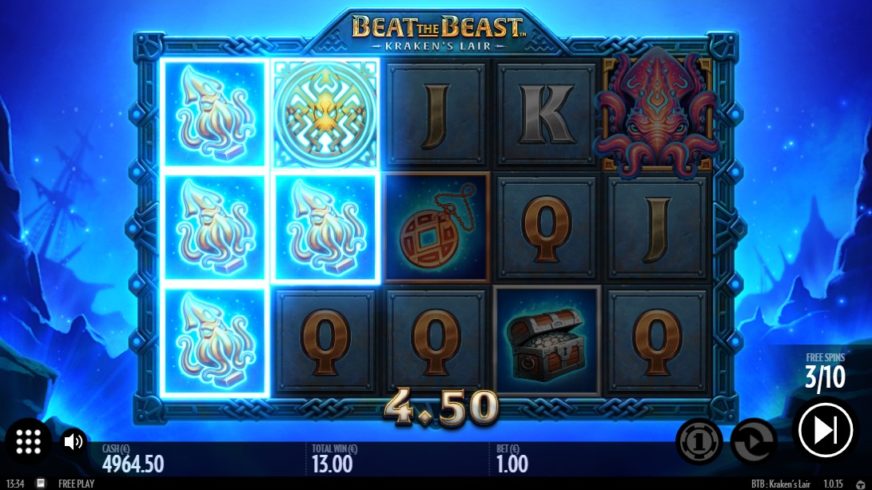