Take a look at the game metrics to decide if that’s the greatest choice for you. Beat the Beast: Mighty Sphinx offers 96.14% RTP, High dispersion and x4444 win potential, max win. With a quite balanced math model and the possibility of the massive swings, the game is always engaging. Overall, it provides powerful gaming experience.

Beat the Beast: Mighty Sphinx appeals to those who love gameplay that has both classic and unique elements to it. If no feature gets triggered, the base game is still interesting but as soon as wilds, scatters or other special symbols or features show up on the reels, it gets to the whole new level.

When you open the Mighty Sphinx slot, you will surely notice that it looks almost the same as Kraken’s Lair. It differs only in terms of the background and symbols. As expected, technically, these two models are exactly the same, as well as in the first Kraken’s Lair slot. The main actions in the Beat the Beast: Mighty Sphinx slot will take place on five reels, three rows, and 9 lines, where your winnings are formed.

The slot comes with 3 bonus features that will help make your gameplay more varied and profitable. This is what you are going to see:

Summing it up, I would like to say that Mighty Sphinx is an interesting slot that will be an excellent addition to the Beat the Beast series of games and to the Thunderkick portfolio in general. 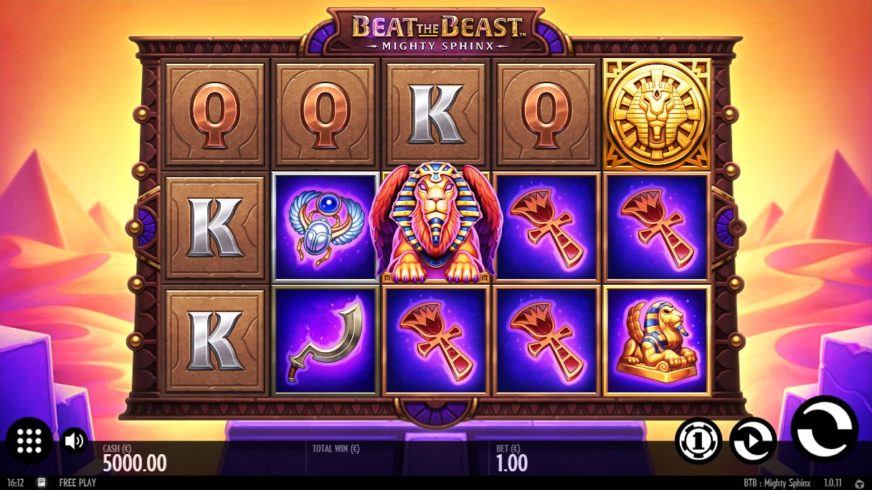 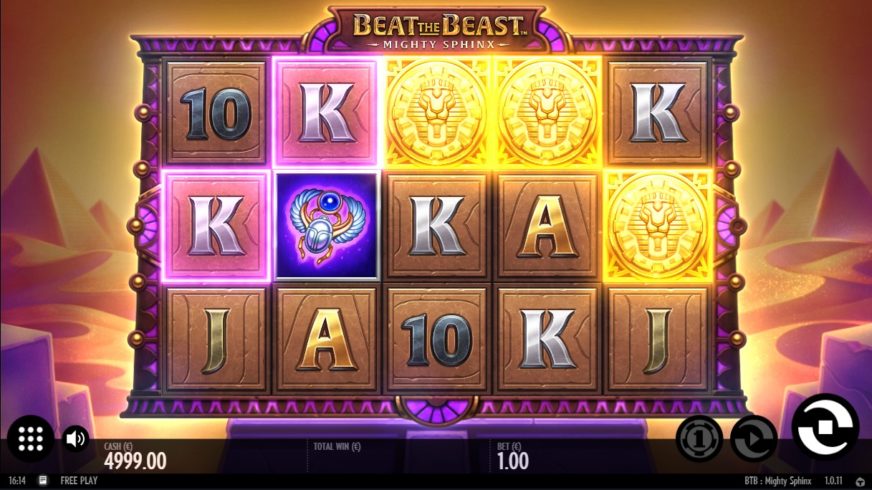 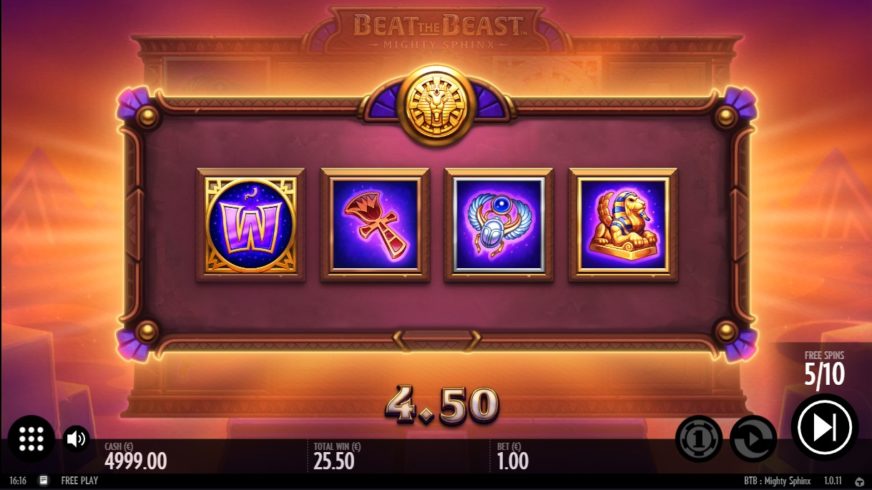 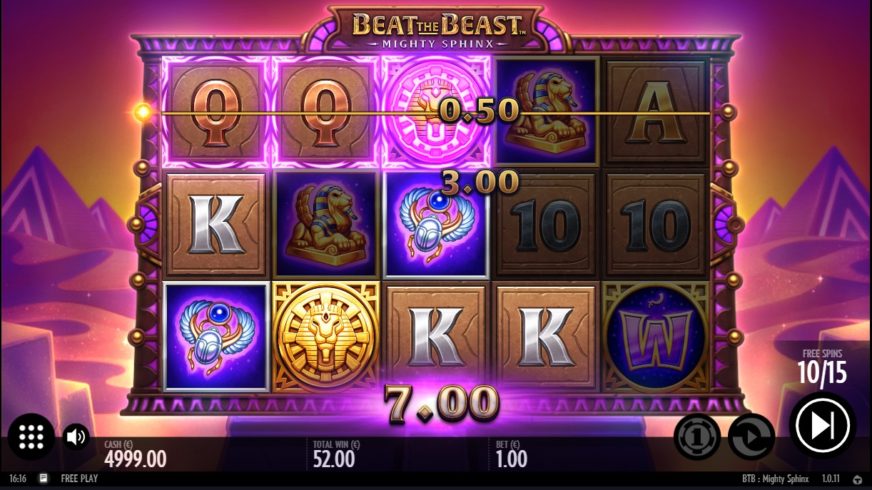