For the provider of this caliber Dwarf Mine is a remarkable slot that’s made it to the lobbies of numerous gambling sites. Dwarf Mine was released on 21.03.2019 offering proven gameplay and premium renders. You can enjoy free Dwarf Mine demo mode on clashofslots.com as a guest with no sign up required.

Check out the slot metrics to see if that’s the best choice for you. Dwarf Mine offers 96.8% theoretical return, High risk level and x3904 win potential, max win. With a pretty balanced math and the possibility of the considerable swings, the game is always exciting. Overall, it provides powerful gaming experience.

Dwarf Mine caters to those who prefer gameplay that has both traditional and experimental elements to it. When no feature gets activated, the base game is still interesting but once wilds, scatters or other special symbols or features show up on the screen, it gets to the whole new level.

Many players can know this theme, because many game providers offer slots where gnomes and dwarfs mine treasures deep underground. In general, it is not known whether little men were really mining precious metals, but even in “Snow White and the Seven Dwarfs”, the popular Walt Disney cartoon, everything was exactly like that. Now the developers of Yggdrasil Gaming present the Dwarf Mine slot to their fans. Here in the company of a little man, you can go down deep underground to find treasures.

The design of the Dwarf Mine slot looks nice and high quality. As you have already understood, the game reels are located in one of the mines where precious metals are widely extracted. Technically, Dwarf Mine is a 5-reel slot with 1024 ways to generate winning combinations, as well as the Expanding Reels feature that can provide you with up to 16807 ways to win. The range of bets provided in the game is from €0.10 to €125 per spin.

The symbols you will come across are classified into three categories: cheap, expensive, and the most expensive. The first ones include four card suits. The second group includes a shovel, a lamp, a pickaxe, and a helmet. The third one consists of green, yellow, blue, and red precious stones. Winnings are formed when you get the same symbol on at least 3 consecutive reels to the left, and if there is more than 1 symbol on one reel, a multiplier is added. A special image in the slot is the Bonus symbol (a drill). It has interesting features, and also activates free spins. There is no wild symbol in the Dwarf Mine slot.

Bonus Features of the Dwarf Mine Slot

The Expanding Reels feature is an interesting one that is activated when there is at least one bonus symbol on the playing field. After that, the playing field can increase by one, two, or three rows. This is how you can get more ways to make winning combinations.

The Free Spins feature is activated when there are three bonus symbols on the first, third, and fifth reels at the same time. If this happens, you can play ten free spins that will take place on an enlarged 5×7 playing field.

Besides, playing the Dwarf Mine slot for free, pay attention to Collectible symbols that can only appear on additional rows during the activation of the Expanding Reels feature. There are four boxes next to the playing field. Each one is for one color of crystals. When you enter the game, you will automatically get two crystals of each color that are moved to the relevant boxes. As soon as you can fill at least one box with five stones of the same color, the Collection Free Spins feature is activated. You will get five free spins that just like in the previous feature are played on the enlarged playing field. Now, not only simple, but also super expensive symbols in the form of precious stones will appear on the game reels. This undoubtedly guarantees good winnings.

Summing it up, it is possible to say that Dwarf Mine turned out to be a very high-quality and interesting slot with excellent bonus features. If you like gem-themed slots, don’t hesitate to also try the Quickspin’s Dwarfs Gone Wild slot.

Dwarf Mine symbols and paytable 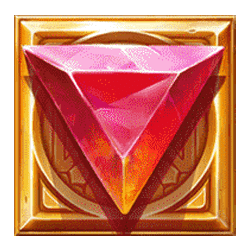 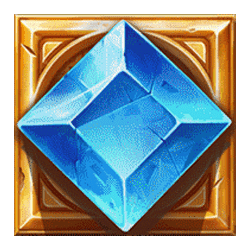 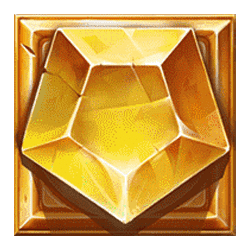 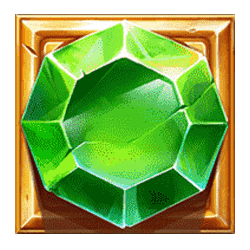 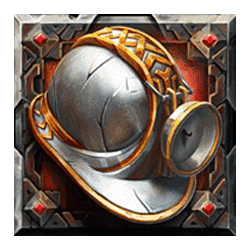 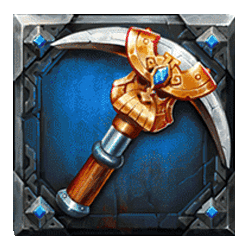 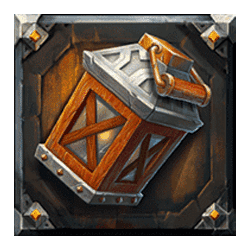 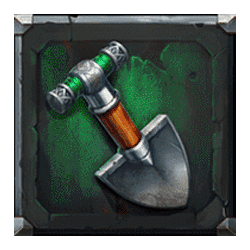 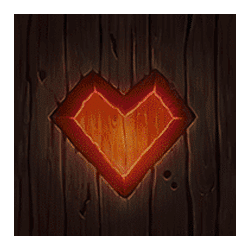 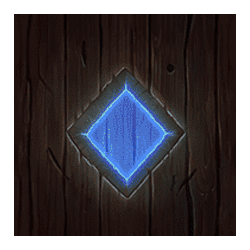 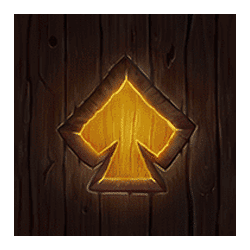 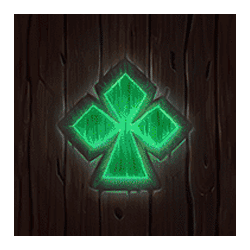 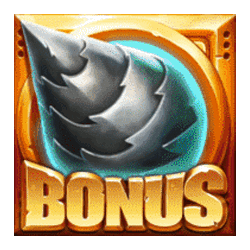 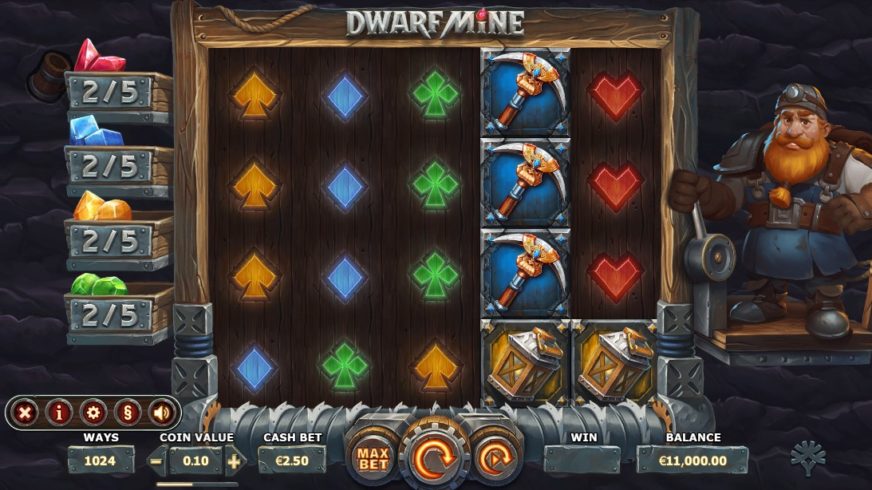 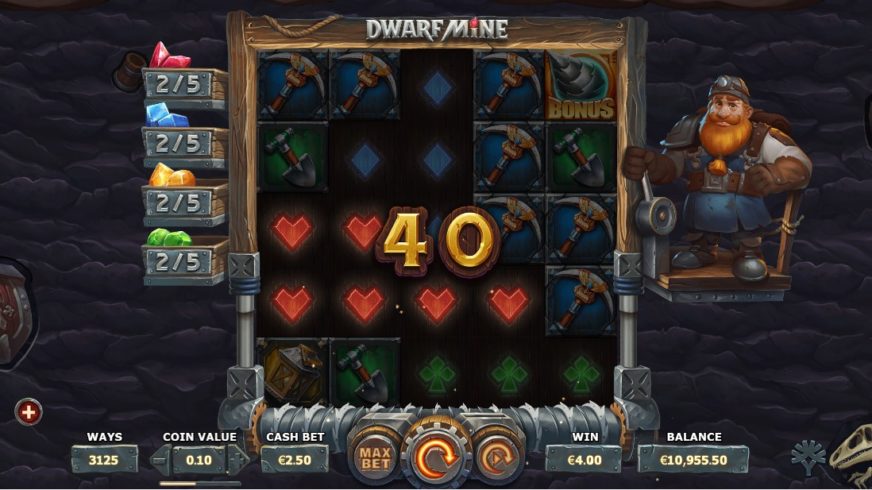 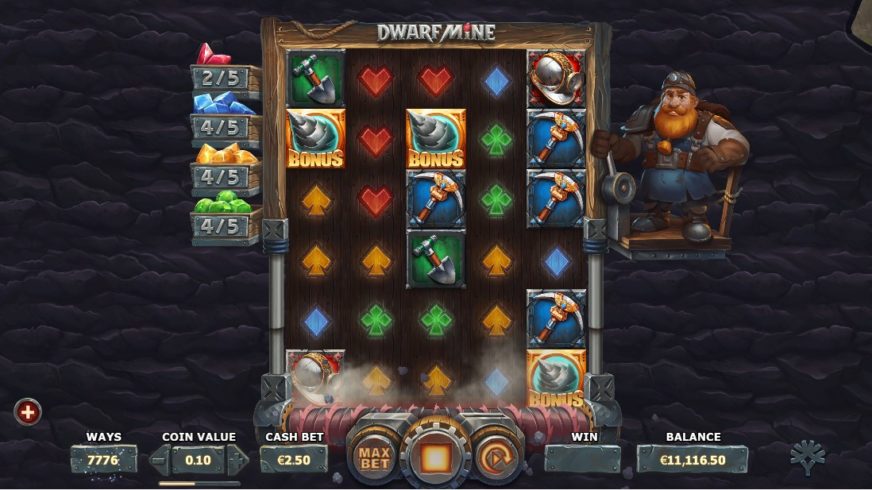 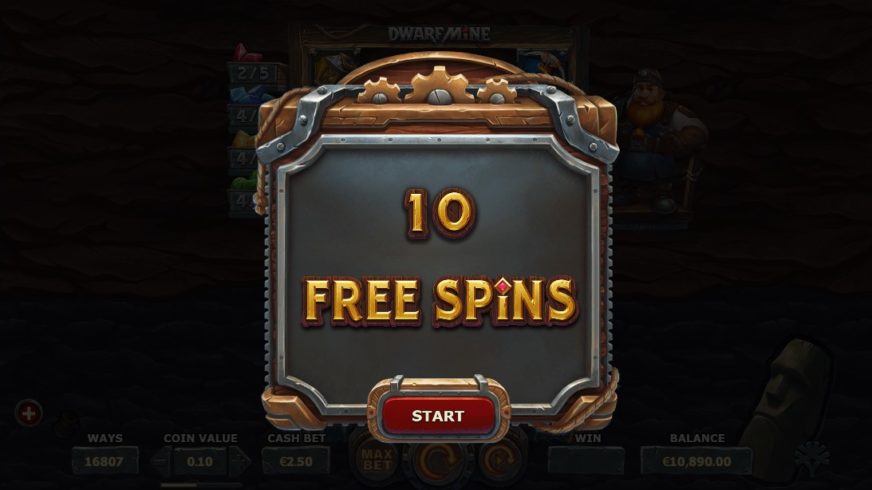 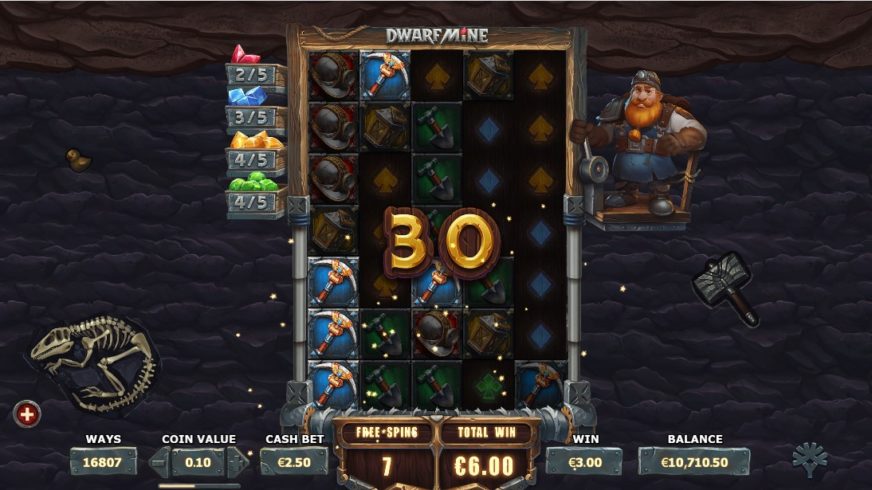 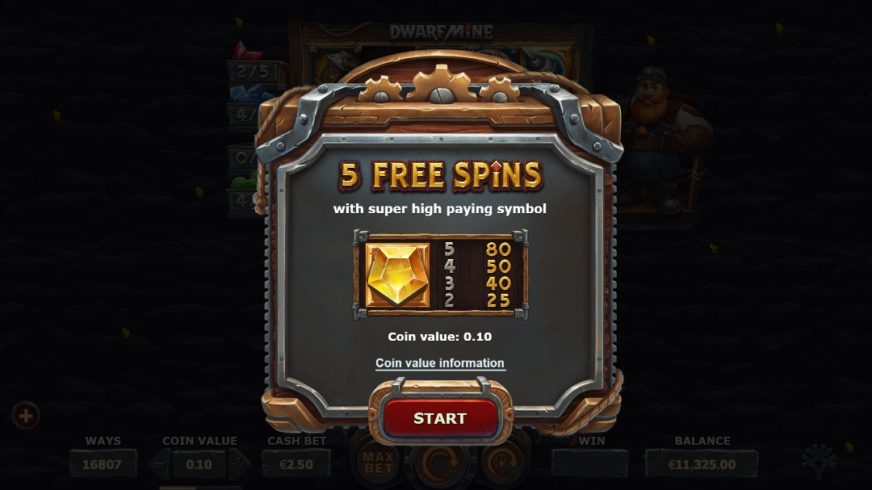 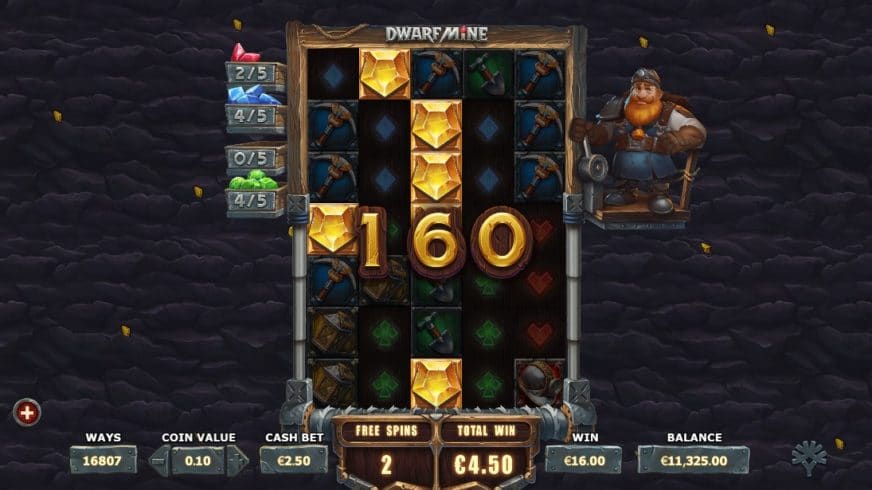 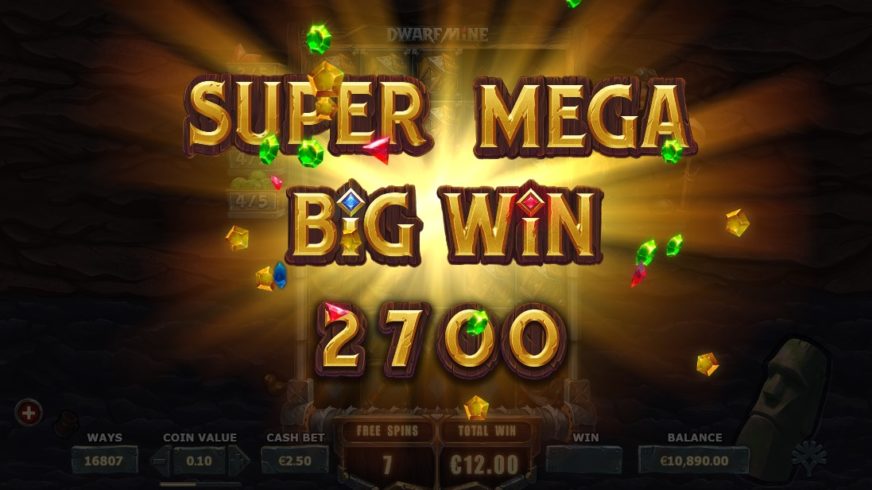 Can I play Dwarf Mine for free?
Yes, our site is the place to play demo Dwarf Mine with no registration required. Any casino site partnering with Yggdrasil Gaming would also provide free access to the demo mode.
Can I win real money on Dwarf Mine slot?
Yes, registered account with a casino operator would be the only option to enjoy real money Dwarf Mine and land real winnings.
What is the best place to play Dwarf Mine?
When it comes to demo mode any trusted gambling operator or casino related site such as Clash of Slots would be fine. Once real money gets invested licensed operator with solid reputation and premium services must be selected. Best choice would vary depending on one`s personal preferences.
Can I play Dwarf Mine slot on mobile phone?
Yes, this title is mobile friendly and can be loaded on any device.
How to win playing Dwarf Mine?
This is a certified game that generates random results, and all you need is a good luck. Check the paytable to see how and how much you can win.
Top Yggdrasil Gaming Casinos