Wolf Hunters is the slot developed by well known studio Yggdrasil Gaming. Released on 24.09.2018 it became popular among slot fans for its thrilling engine and fantastic artwork. This review describes all of its key characteristics that along with free demo mode available on Clash of Slots give a great idea of experience you’ll be getting.

The design of the wolf hunters slot can rightfully be called one of the best in the company’s collection of games. Recently, the developer has begun to pay great attention to the graphics, and you will see only high-quality and detailed drawing in the new slot. The game screen is set against the background of an ancient city located in the bowels of Pennsylvania, which in ancient times was famous as a city of vampires and werewolves.

You will see the symbols of playing cards on the reels, as well as the attributes of werewolf hunters: traps, a silver bet, and holy water. The main symbol is a werewolf’s head; five identical symbols will bring 500 game coins. In addition, you will see two special symbols, a man and a woman, which are werewolf hunters.

The Werewolf feature is activated when a werewolf appears anywhere on the game screen, then the werewolf will fight with one of the hunters, upon the victory of which the werewolf turns into a wild symbol and gives one respin, takes one point of the werewolf’s life, and awards one point of rage to the winning hunter.

The free spin feature can be run in three ways:

In general, Wolf Hunters turned out to be a rather interesting slot with a lot of additional bonus features. If you are into slots with a werewolf theme, we recommend you try to play the Full Moon Romance slot from Thunderkick for free. 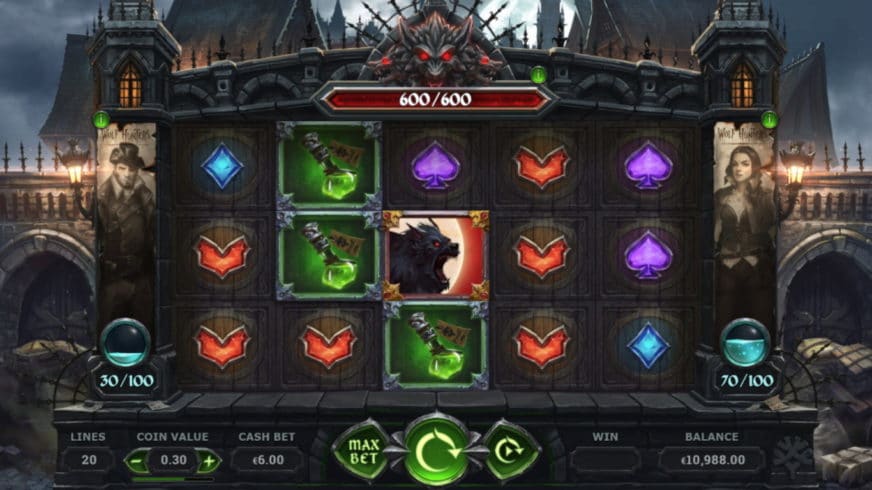 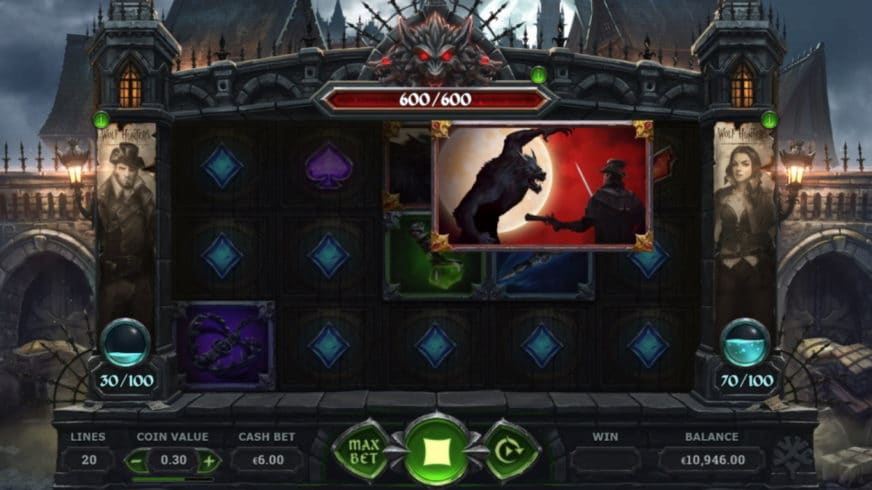 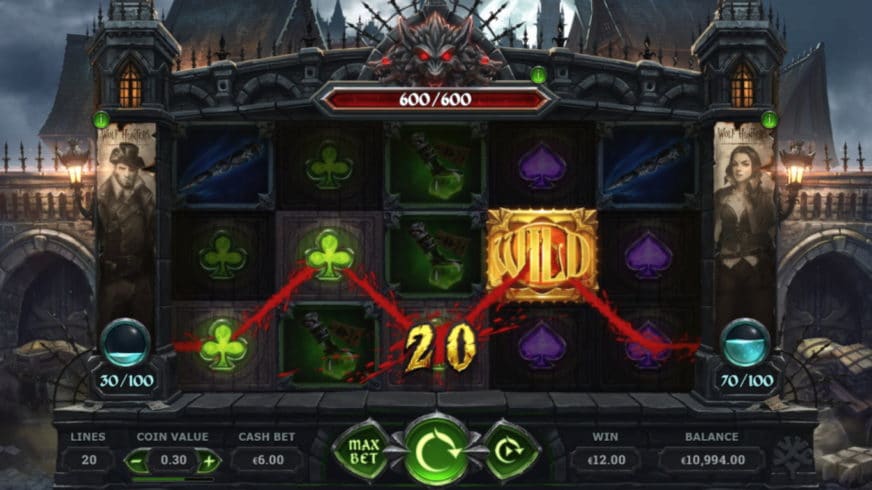 Can I play Wolf Hunters for free?
Yes, clashofslots.com is the place to test Wolf Hunters with no sign up required. Any gambling site partnering with Yggdrasil Gaming would also offer free access to the demo mode.
Can I win real money on Wolf Hunters slot?
Yes, registered account with a gambling site would be the only option to play real money Wolf Hunters and hit real winnings.
What is the best place to play Wolf Hunters?
When it comes to test mode any trusted gambling operator or casino related site such as clashofslots.com would be fine. Once real money gets invested licensed operator with good reputation and premium services must be selected. Best option would vary depending on one`s personal preferences.
Can I play Wolf Hunters slot on mobile phone?
Yes, this slot machine is mobile friendly and can be played on any device.
How to win playing Wolf Hunters?
This is a licensed video slot that generates random results, and all you need is a good luck. Look through the paytable to see how and how much you can win.