Witch Feature is the slot developed by recognized studio GONG Gaming Technologies. Released on 06.10.2022 it became popular among players for its exciting engine and fantastic artwork. This review details all of its key characteristics that along with free test mode available on our site give a complete idea of experience you’ll be getting.

Witch Feature is an exciting slot where you have to mix various ingredients using alchemy to get prizes. The playing field of the slot, consisting of five reels, four rows and 5 lines, is located next to the pot, in which miracles will begin to happen very soon.

The focus is on potion-related features. They are triggered by collecting certain potion jars, with each of the combinations triggering a different trait. It could be:

It is triggered when a scatter symbol appears on the first and fifth reels, after which you will receive 10 free spins. During free spins, one of the potion-related features will be activated on each spin. 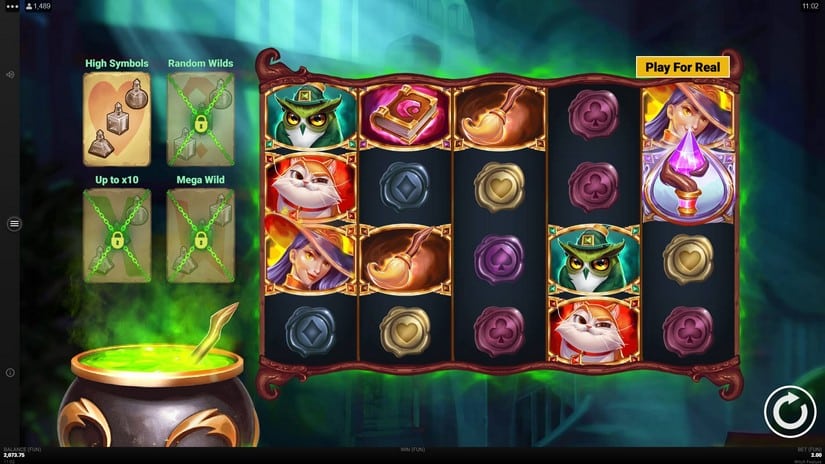 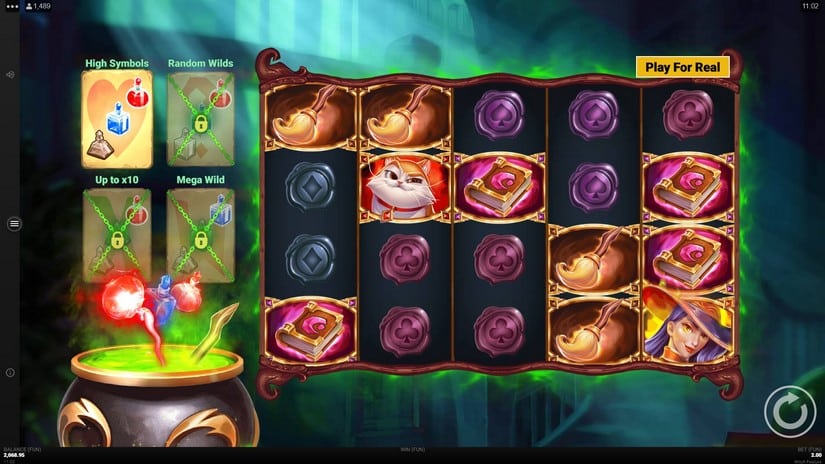 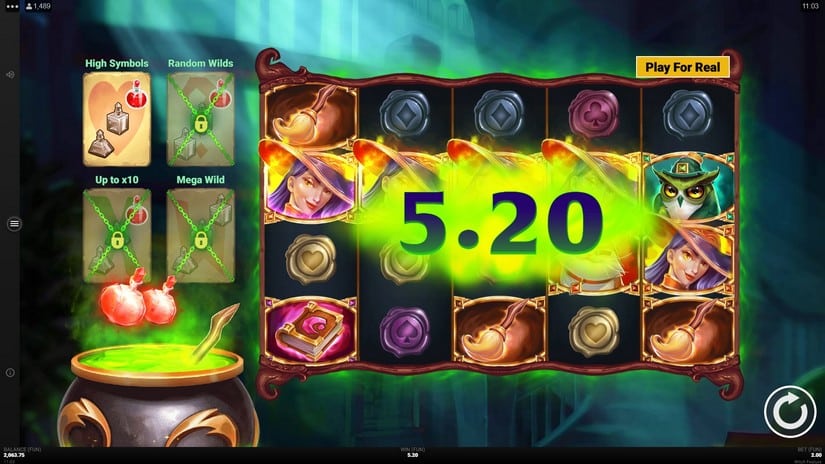 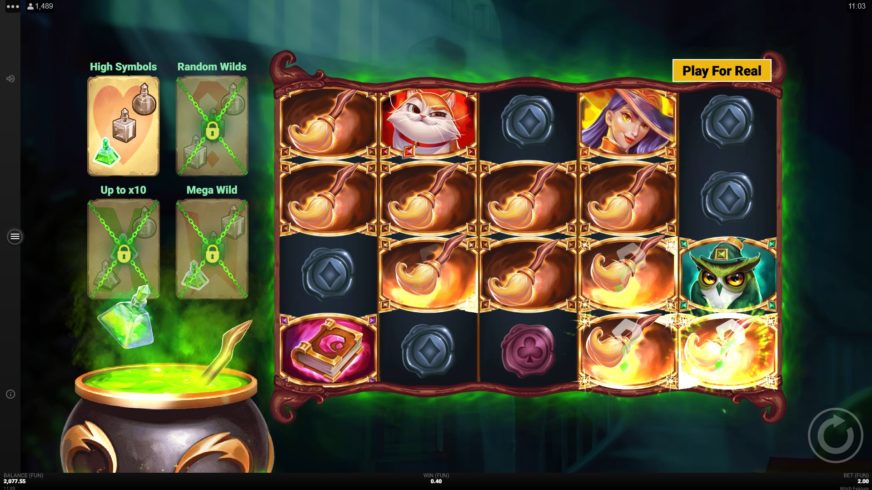 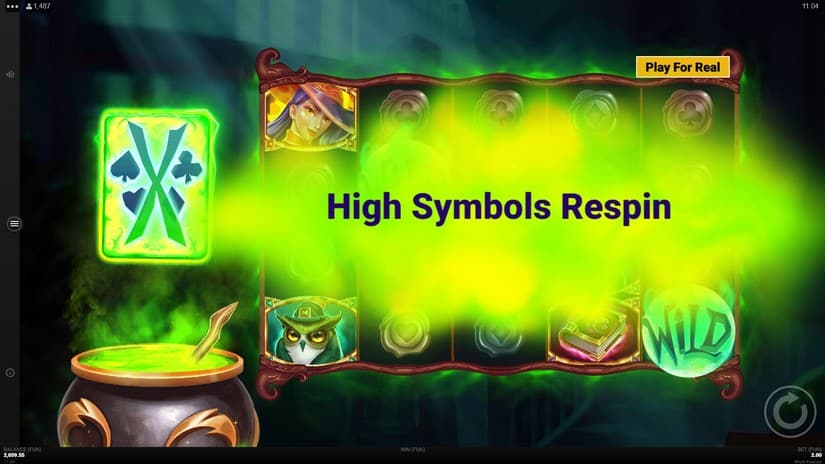 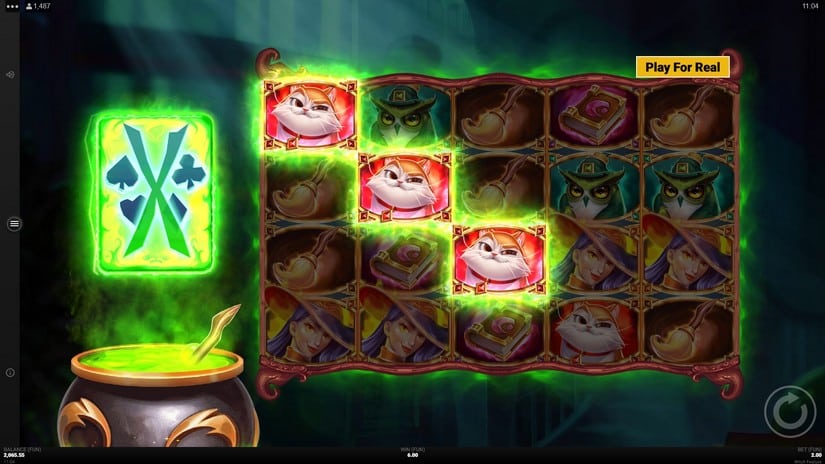 Can I play Witch Feature free slot?
Yes, clashofslots.com is the place to try Witch Feature with no sign up required. Any casino site partnering with GONG Gaming Technologies would also give free access to the test mode.
Can I win real money on Witch Feature slot?
Yes, registered account with a casino would be the only option to play real money Witch Feature and hit real winnings.
What is the best place to play Witch Feature?
When it comes to test mode any trusted gambling operator or casino related site such as clashofslots.com would be fine. Once real cash gets involved licensed operator with good reputation and excellent services must be selected. Best casino would vary depending on one`s personal requirements.
Can I play Witch Feature slot on mobile phone?
Yes, this slot is mobile friendly and can be played on any device.
How to win playing Witch Feature?
This is a licensed video slot that generates random outcomes, and all you need is a good luck. Check the paytable to see how and how much you can win.