Achilles is the slot developed by recognized studio Jelly. Released on 31.03.2022 it became a hit among slot fans for its exciting engine and fantastic artwork. This review explains all of its main characteristics that along with free test mode available on our site give a complete idea of experience you’ll be getting.

Achilles is a Greek themed 20 line 5×3 video slot based on the fall of Troy and filled with exciting features on the way to your winnings. Achilles slot has several features that can be triggered randomly on any spin, as well as free spins. 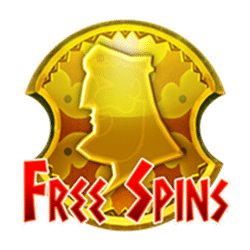 The Agamemnon modifier can be triggered on any spin. Agamemnon commands his soldiers to march across the reels and reveal at least one full column of Wilds.

The Helen modifier can be triggered on any spin. Helen sprays her perfume over the reels, which can create a supersize symbol. Supersize symbols can be 2×2 or 3×3 symbols big.

The Achilles modifier can be triggered on any spin. Reveal a prize behind one of the Six shields. 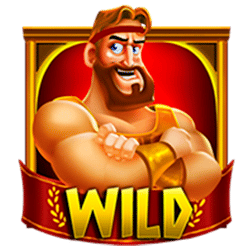 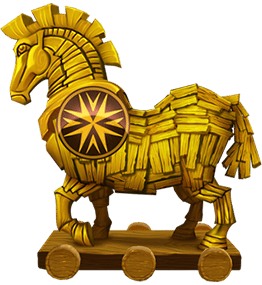 Agamemnon commands his troops to build an empire. The player chooses which lands the troops should conquer. Each successful battle earns a cash prize, but troops may become casualties of the battle. The empire building continues until all troops are lost in battle. 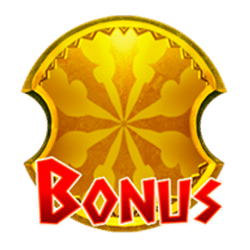 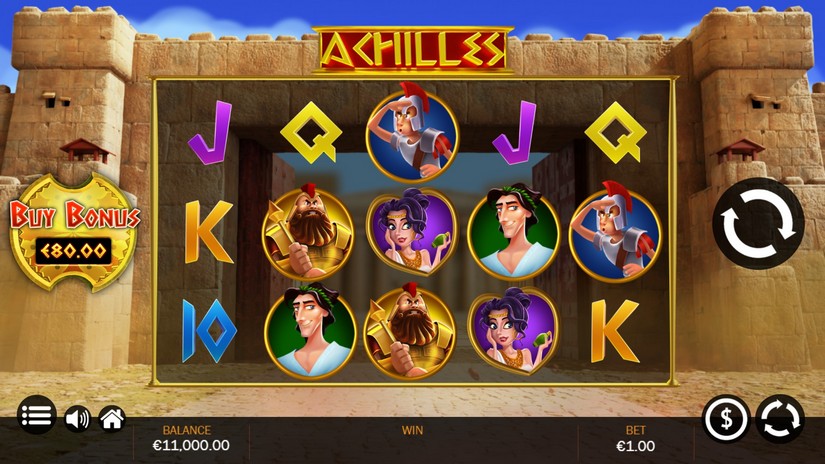 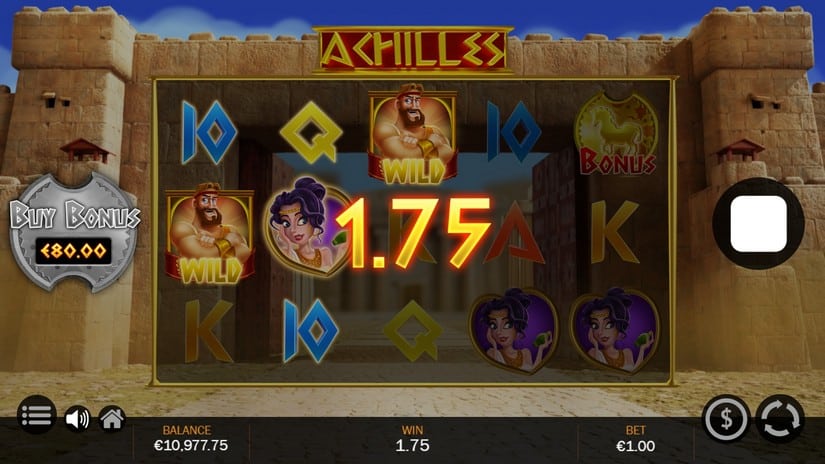 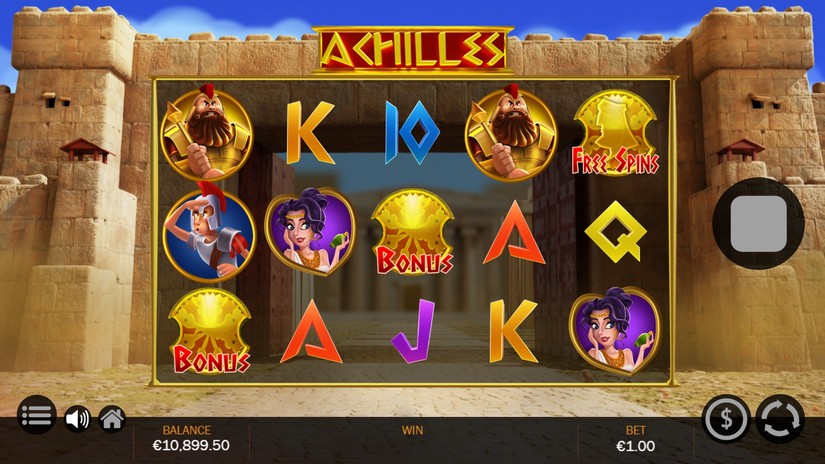 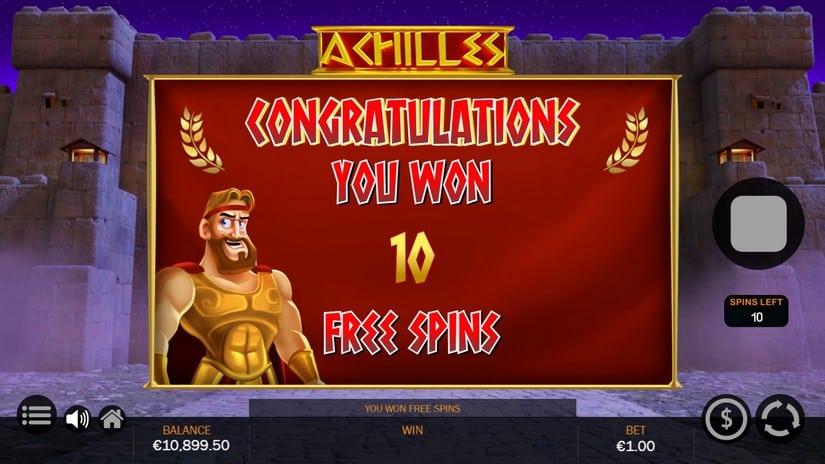 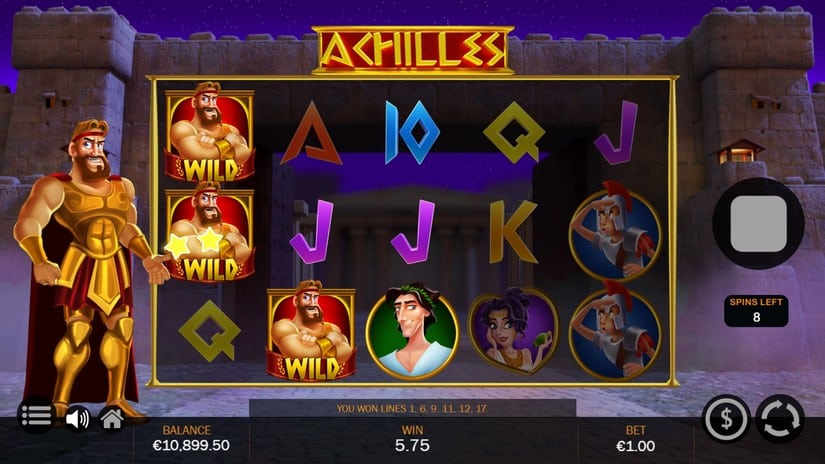 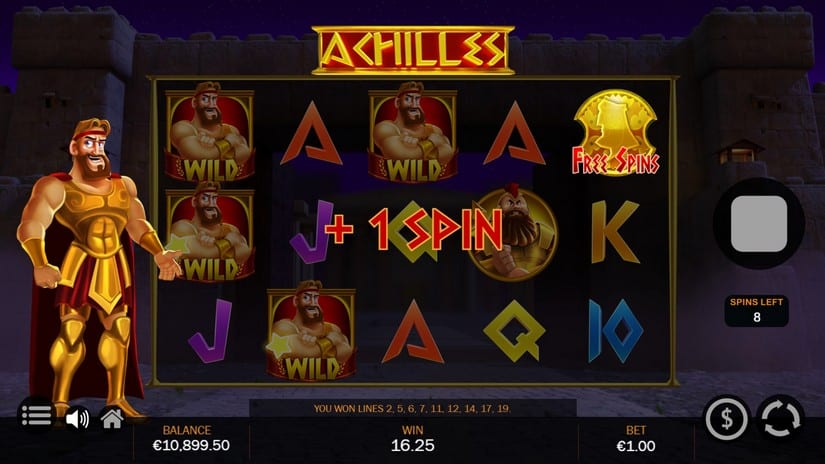 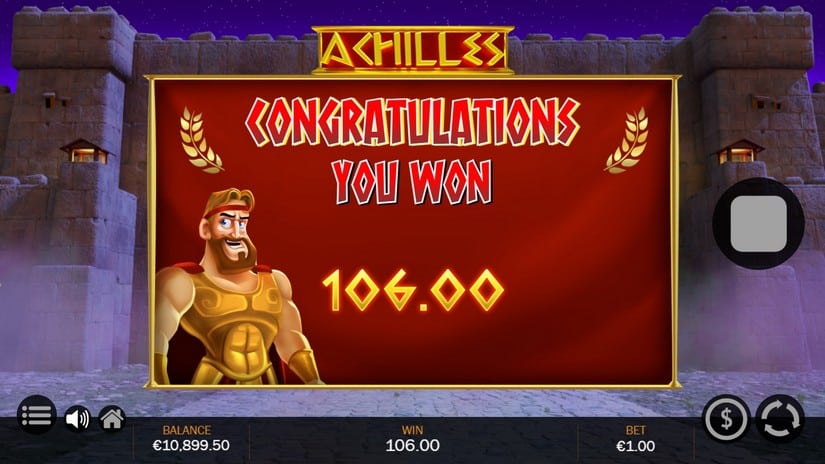 Can I play Achilles for free?
Yes, Clash of Slots is the place to try Achilles with no registration required. Any casino site partnering with Jelly would also offer free access to the test mode.
Can I win real money on Achilles slot?
Yes, registered account with a casino operator would be the only option to enjoy real money Achilles and get real winnings.
What is the best place to play Achilles?
When it comes to demo mode any trusted gambling operator or casino related site such as Clash of Slots would be fine. Once real cash gets invested licensed operator with solid reputation and top tier services must be selected. Best casino would vary depending on one`s personal requirements.
Can I play Achilles slot on mobile phone?
Yes, this slot is mobile optimized and can be loaded on any device.
How to win playing Achilles?
This is a licensed title that generates random results, and all you need is a good luck. Look through the paytable to see how and how much you can win.

Jade of the Jungle
Jelly