Seance: Mysterious Attic is the game developed by well known studio Mancala Gaming. Released on 13.10.2022 it became popular among players for its exciting engine and high-quality artwork. This review details all of its main characteristics that along with free demo mode available on Clash of Slots give a great idea of experience you’ll be getting.

Seance: Mysterious Attic – a slot machine with a mystical theme, invites you to visit a gloomy house where a woman lived, but one day she disappeared without a trace.

Playing Seance: Mysterious Attic slot you will be on five reels, the number of lines to form your winnings is 25. In the paytable you will find themed symbols that allude to the fact that the mistress of the house was a seamstress.

If during the main game, 3 Wild symbols appear on the same reel, they will turn into one symbol that completely covers the reel. Next, you get respins, during which the wild symbol moves one step to the left on each spin.

They are triggered when scatter symbols (box) appear on reels one, three and five in the main game or during respins. Next, you have to choose one of two free spins options: 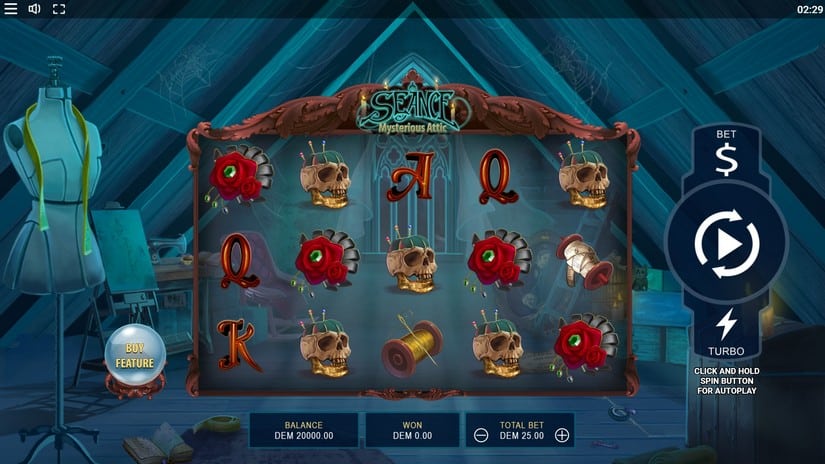 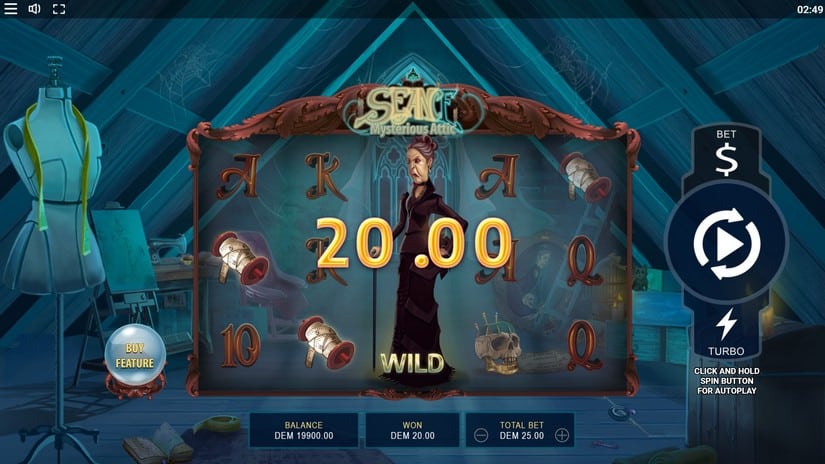 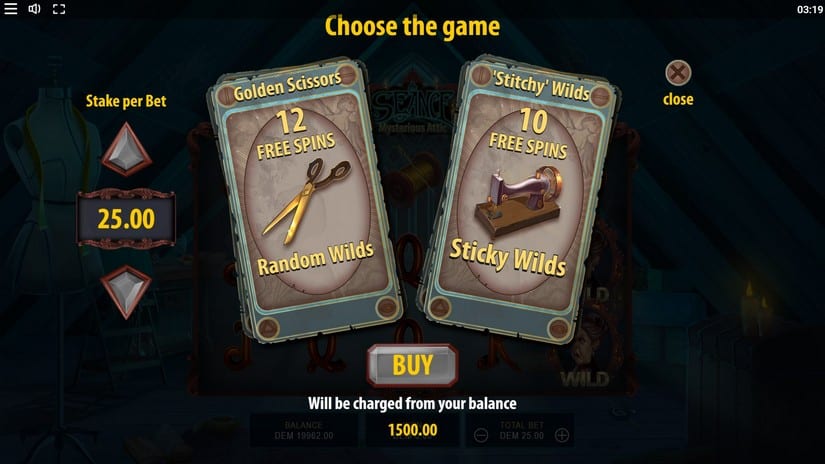 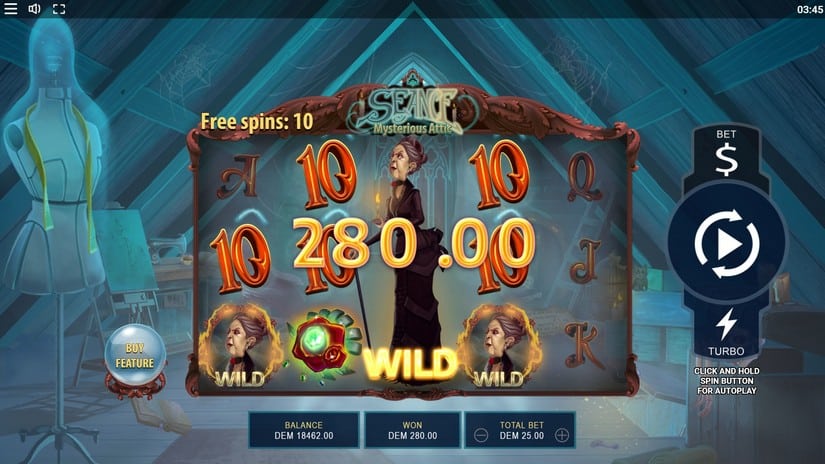 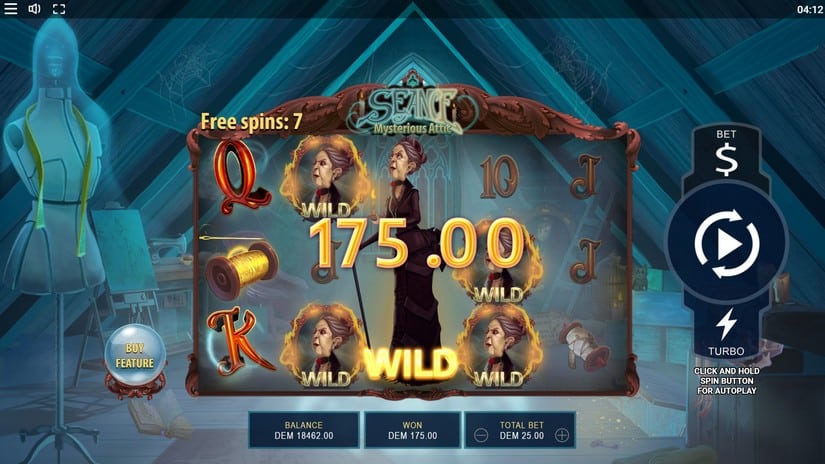 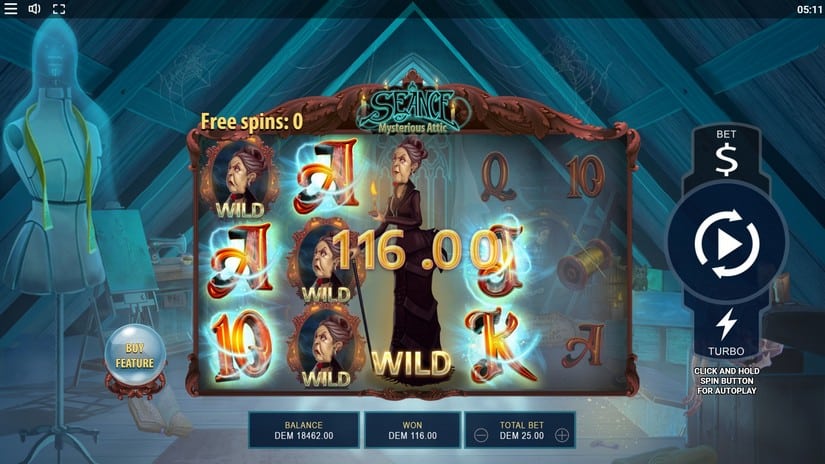 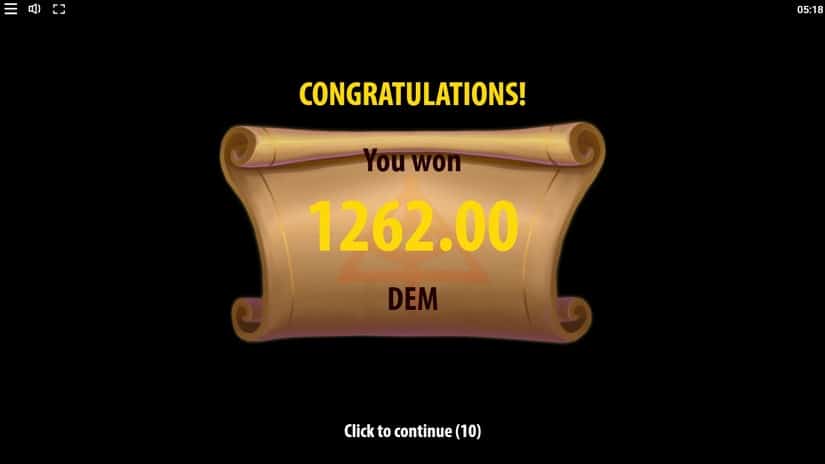 Spirit of the Lake
Mancala Gaming