What can be more exciting than Stacked Wilds covering the entire reel? Instead of one at a time, wilds come piled on top of each other giving more chances of landing a win. It’s a thrilling and potentially lucrative feature to have. Take a look at our beautiful catalog of slots with Stacked Wilds to fully appreciate the magic of this feature.

You probably already know the role of a Wild symbol in slots. That’s to substitute any, but a few special elements, which are usually Scatters and Bonus symbols. Combined with being “stacked”, it poses many more opportunities for winning since now you have not a single Wild but several of them together.

Developers frequently use this feature to spice up the gameplay. Small or big providers all utilize it at some point as this is what gamblers love. Even though it won’t always affect the math, it does add some entertainment value. 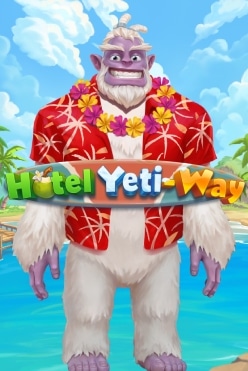 How Do Stacks of Wilds Land?

The size of a stack differs, but it typically matches the height of a reel. For instance, if a title has five columns and three rows, Wild Stacks will be 3 symbols high. They do not always land fully visible, and part of the pile can remain hidden.

There are two applications of the tool. It’s either used alone or in combination with single Wilds. Lilith’s Inferno is an example of both types being used. It’s an exciting slot produced by Yggdrasil’s content partner, AvatarUX.

Often suppliers limit the number of reels that have Stacked Wilds. That makes it a bit less likely to land a winning combination. For example, only three out of five reels have this feature. But there are also slots with wild stacks appearing on any reel. This is what players get in Wolf Gold by Pragmatic. You can have up to all five reels entirely covered with Wilds.

Wild Stacks and Other Slot Features

Though the feature is exciting and loved by players, it doesn’t usually come as a slot’s main attraction and therefore combined with bonus games and modifiers. Nudging is a perfect fit for Stacked Wilds in online slots. That’s what Nolimit City has proven in their amazing xNudge collection, including incredibly famous Deadwood.

Hunter Wild is definitely the feature to remember in Deadwood as a 4-symbol high Wild always nudges to be fully visible, and it’s absolutely free. Moreover, the game adds +1 to multiplier for every step on its way up or down. During one of the bonus rounds the multiplier can go up forever as it sticks for the entire feature.

Another application of Stacks + Nudging can be seen in Tiki Tumble by Push Gaming. Unlike Deadwood, it doesn’t nudge all the way up or down to reveal the entire reel of Wilds. This time nudging effect happens during several next spins. So, this time players pay for every round during as nudging continues, but each time their chances of getting paid increase. The feature continues before the last symbol in the stack is gone.

Giant Wilds can also accompany stacks of wilds. Wolf Gold mentioned above does have a giant 3×3 Wild symbol during the free spins. Fat Rabbit by Push Gaming is another great example. Even though it isn’t classified as a Stacked Wilds slot, it does have a giant Rabbit Wild that can grow up to a 5×5 symbol.

The nature of the Stacked Wilds is also similar to Expanding Wilds in that the outcome is the same, but the process of getting there is different.

Evolution of the Features

The idea behind this feature is very simple yet has a major impact on the entertainment value. It has been there for a while and even though many content providers still use it in its simplest form, some developers have pushed it a bit further. Nudging effect and multipliers are some of the most impressive modifications to the Stacked Wilds. This player favorite is likely to evolve even further and take new forms.

Unlike some of the slot features that are intellectual properties, Stacked Wilds can be used for free by any company. That’s why there are many providers utilizing this tool. Its popularity is obvious considering hundreds of titles produced and played. This feature is still trending as new titles appear continuously.

Leading suppliers and smaller studios all produce slots with Stacked Wilds. The variety is enormous as there are all types of titles. You can have all kinds of themes and mechanics, different math models, etc. But the feature is usually associated not with classic but modern slots.

What Kind of Slots Have It?

Clash of Slots offers a rich collection of titles featuring this type of symbols, and you can use multiple filters to find games that are the most interesting for you. There are also several categories, including: Most Popular, Jackpots, Bonus Buy and Megaways.

Jackpots category presents the opportunity to land some massive wins as there are iconic progressive jackpots that can pay over a million in prize money, such as Age of the Gods Ruler of the Dead. But Megaways category also consists of a few iconic titles such as Piggy Riches Megaways and most importantly, White Rabbit.

Tales of Asgard: Loki’s Fortune – a scandinavian style slot equipped with a 5×5 playing field, the...

Return to Paris is a robbery themed slot machine with five reels and 20 paylines. The gameplay is based on the theft of...

Playing John Hunter and the Quest for Bermuda Riches, you will travel to Bermuda in the company of a treasure hunter....

Big Juan slot machine in Mexican style, wild symbols and respins during which you can get good prizes. Big Juan has...

75 free spins bonus, Need4Spin, is given to any user making the third deposit on their trueflip.com account....

Second deposit bonus is given to any user making a deposit of at least 20 EUR on their trueflip.com account after they...

100% Welcome Bonus up to 250 EUR is available for account owners only within 10 days after registration. It cannot be...

For every deposit you make between Monday and Friday, from 11 am to 1 pm, you’ll receive a sweet 20 free spins bonus to...

It’s been a long, hard week, so embrace that Friday feeling with Happy Hour! There’s a bonus waiting to help you...

The monthly bonus is given out once a month. The day it is given is generally random, but should typically be around...

The weekly boost is given out every week at 12:30pm GMT on Saturday. It is posted in the VIP only Telegram group. When...

Rakeback is a benefit which essentially lowers the house edge of all casino games by giving you a bit of every bet...

A reload is a no strings attached bonus you can claim either once every day, once every hour or even once every 10...

Beriched is a slot with a magic theme and interesting gameplay. Playing Beriched slot you will find features related to...