The Legend of Shangri-La Slot Review

Take a look at the game metrics to see if that’s the perfect option for you. The Legend of Shangri-La offers 96.59% return, Below average risk level and x1000 win potential, max win. With a pretty balanced math and the possibility of the massive swings, the game is always exciting. Overall, it delivers powerful gaming experience.

The Legend of Shangri-La caters to those who love gameplay that has both conventional and original elements to it. If no bonus gets triggered, the base mode is still entertaining but as soon as wilds, scatters or other special symbols or features land on the screen, it gets to the whole new level.

Many developers turn to history, myths, and even films when creating their slots. So, the NetEnt company, when creating its Shangri-La: Cluster Pays slot, used the history, and maybe the myth of the ancient city of Shangrila.

The idea of ​​the new slot is an old story about the abandoned city of Shangri-La, where all the events of the game take place. The game takes place in the fictional city of Shangri-La. There are five game reels in the slot. Various symbols will appear on them in the form of fish, butterflies, flowers, and elephants.

The new slot has several interesting features, each of which can be activated during simple spins, as well as during the free spins round.

The Legend of Shangri-La Symbols and Paytable 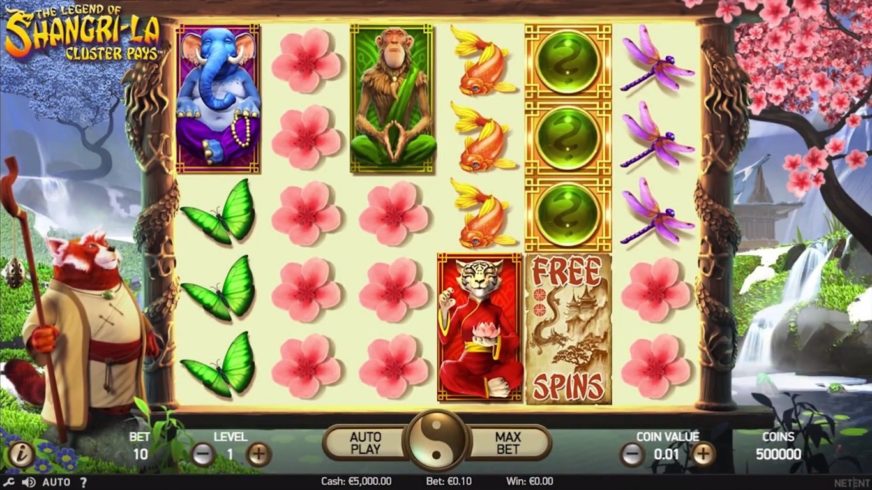 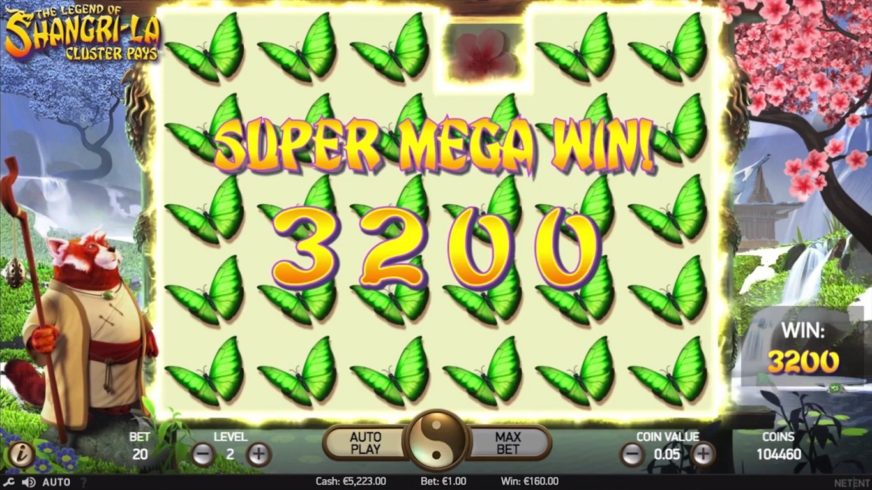 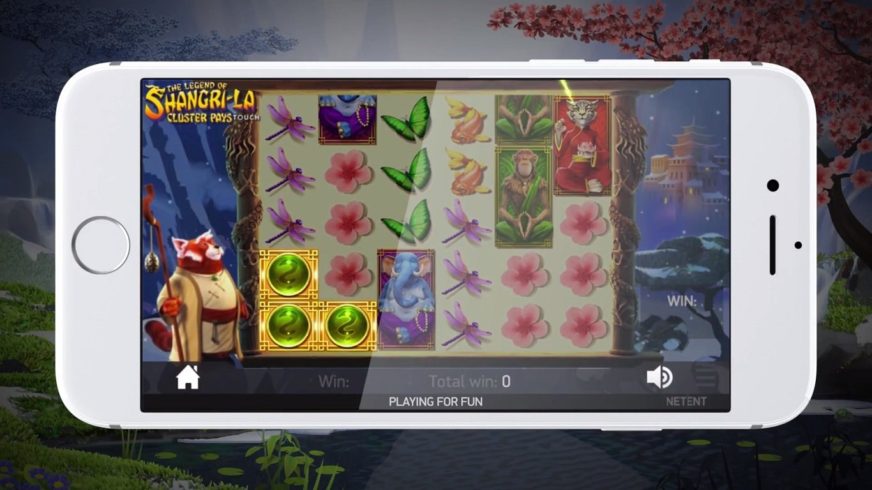 The Legend of Shangri-La Slot FAQs

The Legend of Shangri-La Reviews by Players