Pyramid King is the slot developed by well known studio Pragmatic Play. Released on 25.06.2020 it became popular among gamblers for its exciting engine and amazing artwork. This review explains all of its main characteristics that along with free test mode available on our site give a good idea of experience you’ll be getting.

Playing the Pyramid King slot, you have to go under the scorching Egyptian sun, because there are valuable prizes are hidden, surrounded by palm trees and camels.

There are many Ancient Egypt-themed slots, however, Pragmatic Play developers chose it to create the Pyramid King slot. As for the technical characteristics, in the Pyramid King slot, you will find a standard 5×3 play field and 25 paylines. All symbols are played starting from three, which means that you need three, four, or five identical symbols on one line to get a win.

The Free Spins feature is activated when scatter symbols appear in reels 1, 3, and 5 in a single spin. As a result, you will get 10 free spins. Before they start, one random symbol will be chosen and each time it appears during a free spins round, it expands to fill the entire reel.

Winning combinations consisting of the expanding symbol do not have to be on adjacent reels. Also, don’t forget that you can rerun the free spins round if you get three more scrolls.

The Money Respin feature is activated if at least six money symbols appear on the reels. After that, a new play field will appear in front of you, where the money symbols that launched the function will be displayed, while the other positions will remain empty. Every time a money symbol hits an empty cell, it remains there and the number of respins is restored to three

The Money Respin feature continues until you have no more respins, or you manage to fill all cells in the play field with money symbols. When the round is over, all the cash values ​​are summed up and transferred to your account.

If you manage to fill all 15 cells in the play field with money symbols, you will get a Grand Jackpot that is 1000 times more than your total bet in addition to the sum of money values.

In conclusion, it should be said that Pyramid King is another Ancient Egypt-themed high-quality slot, playing which you will not only have a great time but also be able to win one of three fixed jackpots. 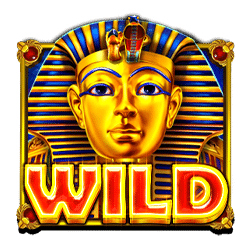 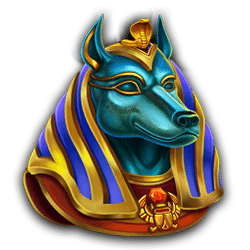 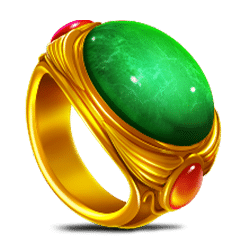 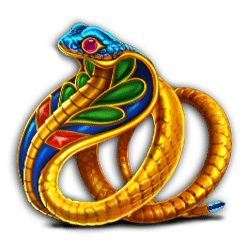 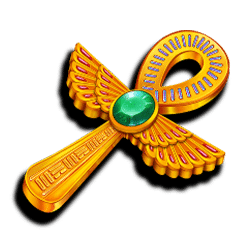 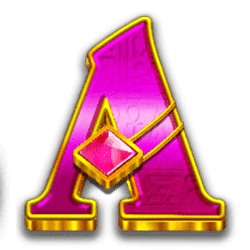 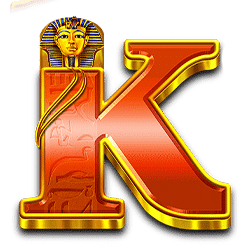 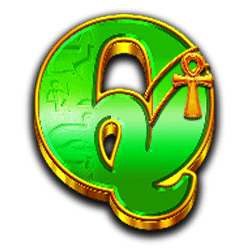 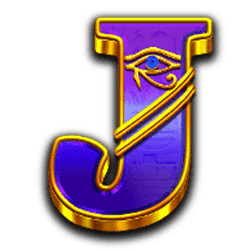 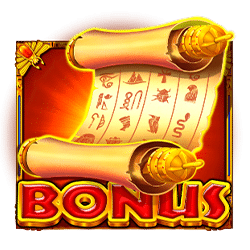 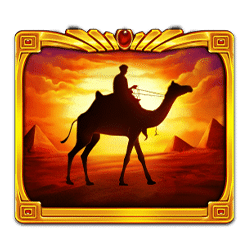 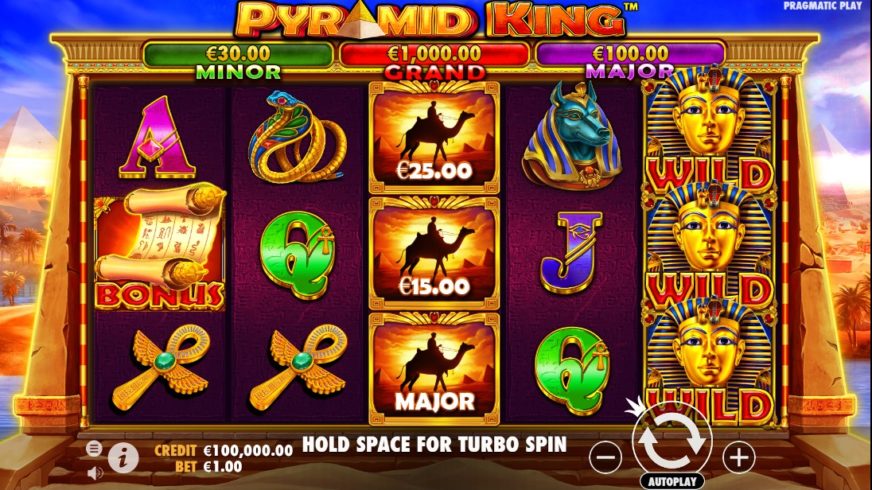 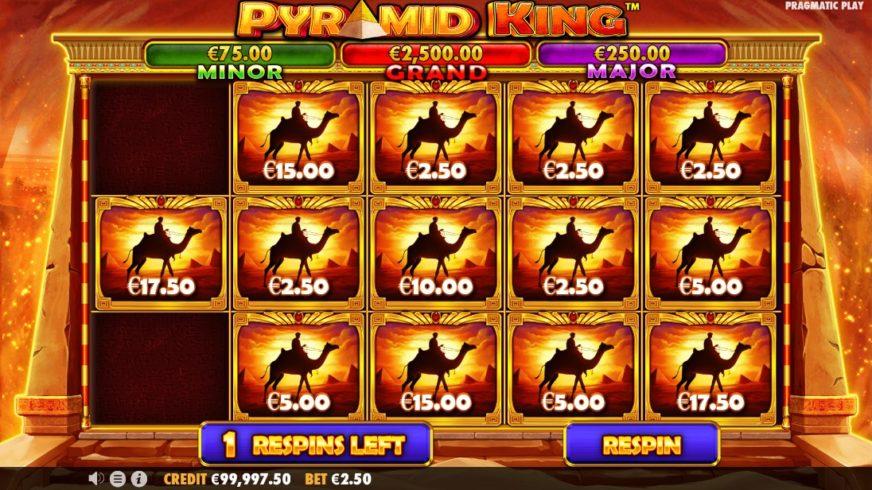 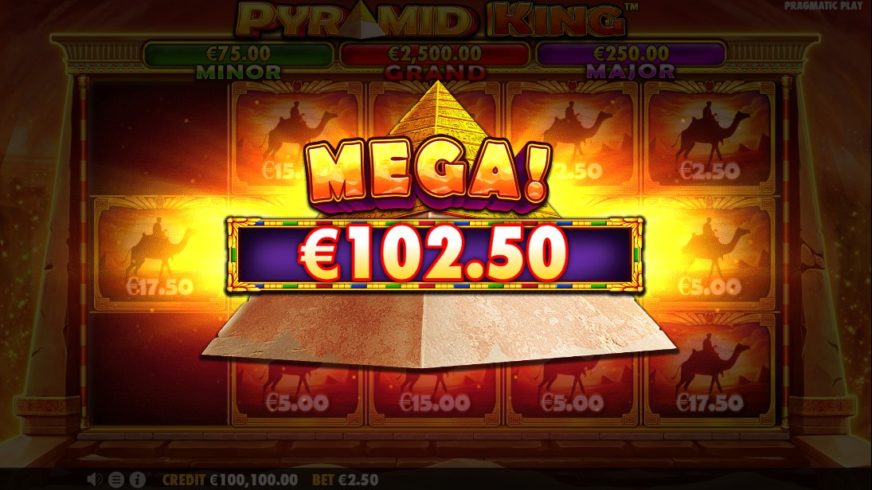 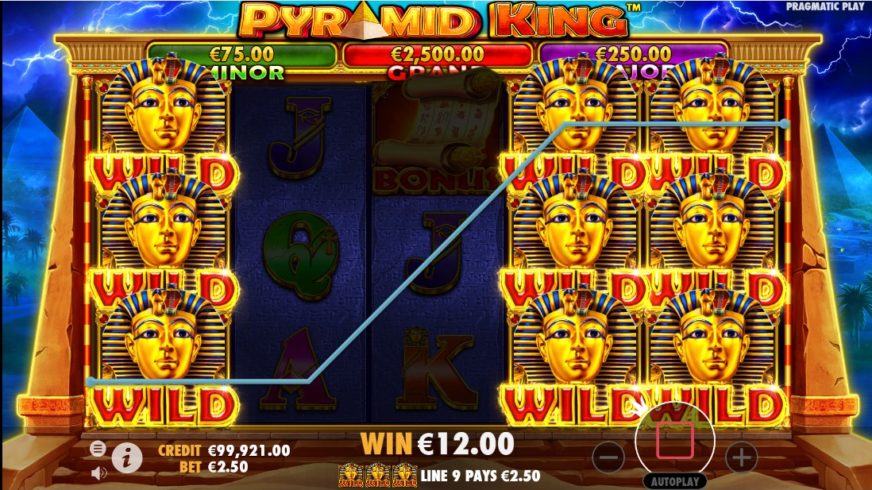 Can I play Pyramid King for free?
Yes, our site is the place to try Pyramid King with no sign up required. Any casino site partnering with Pragmatic Play would also offer free access to the demo mode.
Can I win real money on Pyramid King slot?
Yes, registered account with a casino operator would be the only option to enjoy real money Pyramid King and land real winnings.
What is the best place to play Pyramid King?
When it comes to demo mode any trusted casino or casino related site such as Clash of Slots would be fine. Once real cash gets involved legitimate operator with good reputation and top tier services must be selected. Best option would vary depending on one`s personal preferences.
Can I play Pyramid King slot on mobile phone?
Yes, this title is mobile friendly and can be played on any device.
How to win playing Pyramid King?
This is a licensed game that generates random results, and all you need is a good fortune. Look through the paytable to learn how and how much you can win.
Top Pragmatic Play Casinos